Back To Basic Living - Feather Picking/Plucking And Cannibalism 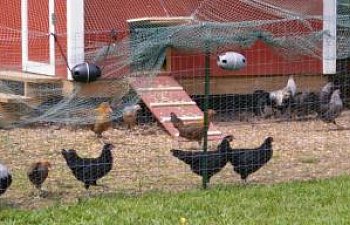 Thank you! You've answered all my questions!!
Adding citations to the studies quoted would make that article better
Read more…

Thank you very much for posting this information. I am having a terrible time with feather picking (no cannibalism yet). There are currently 4 girls with no signs of feather loss (1 black star and 3 buff orpingtons). The other 9 are all missing feathers on the top of their backs at the base of their tails. I hope I do not have to cull any of the offenders. Again thanks for the information and I will be trying some of the things that you have written about.
Question, I cannot seem to find Blu-Kote where I live, I really don't want to wait days to find some and then have it shipped. Does anyone know if Stop-Pick is similar?
Troy6671. Do you have a rooster with them? It could be from the rooster mating too much.
i have about 4 hens that dont have any feathers on there backs and all the feathers on my roosters neck are gone two of my hens have almost all there feathers gone and they pecked all the feathers out of my roosters tail what can i do to help them?
Extremely helpful advice. I have 8 naked neck hens and one rooster. One hen is literally pulling feathers out of the other girls and relentlessly picking at a hen wounded by the rooster's spur. They are all in molt which according to the article, doesn't help. Thank you !!
Great article! I gladly give up security for freedom and I believe my chickens agree with me. They free range everyday from 830/930 am to bed-time. The dogs help keep predators away. Any raptors fly over and they head for the cover of bush and/or trees.
Very good article.

I agree with your suggestions. Confinement and Boredom I believe influences the pecking greatly. Also some Higher ranking hens/chicks get started on a low ranking one, and the next thing, a broken feather with just a drop of blood on it seems to send out huge signals for others to chase around and peck at that spot. I had 2 this summer that got pecked on and just within that day had pulled and bloody tail feathers, and had to be separated & caged and cleaned up until no blood and new feathers come through. put them back in with others after 2 weeks, and they saw Short/new feathers growing and some immediately started following them around trying to peck the new feathers, I opened the run and let all free range everyday after that, all locked up at night, but it worked. NO one was pecking tails again while they get to free range all day. Yay! Their Minds were occupied with the freedom and the grass and the bugs.