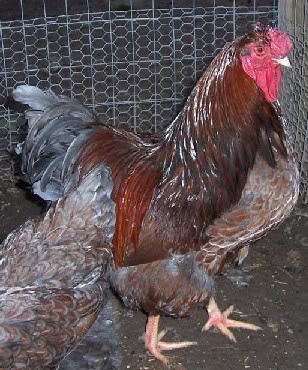 Blue Laced Red Wyandottes​
A Brief History of Wyandottes
Wyandottes as a breed were originally created in the United States around 1870 by H.M. Doubleday and John Ray of New York State, L. Whittaker of Michigan, and Fred Houdlette of Boston, Massachusetts. The first color was the Silver Laced, and was admitted to the American Standard of Perfection in 1883. It was the descripton type of this variety that all other future colors would be based upon, and was intended to be a dual-purpose bird (eggs and meat). Most names given to breeds at the time were based on where they were created (i.e. Rhode Island Red, Jersey Giants), but the name Wyandotte came from a North American Indian tribe that is also known by the French name 'Hurons' that were once very numerous in the Eastern United States.
Breed Description
Wyandottes are described as "a bird of curves." The body of a male, when viewed in profile, should be somewhat heart-shaped, the head and tail about the same height, with the breast broad and full, and the tail standing erect, but with a more full, rounded shape, almost like a Cochin. The back should be of medium length, but curve into both the back and tail, forming a broad U-shape. The legs should be centered directly under the bird, yellow shanks, and the hocks in full view. Viewed from the front, the legs should be well spread and heavy in bone. Females should have a slight cushion, but not to the extent of a Cochin. The back appears to be somewhat short, as if the tail starts almost immediately behind the hackles, but this is due to the feathering characteristics of Wyandottes, which is softer and looser than other breeds, and not to the bird actually having a short back. The head is somewhat broad for the American breeds, and has a rosecomb. Wings are carried level with and held closely against the body. The overall body shape should be smooth and uniform.
Blue Laced Red History
The Blue Laced variety was created in the late 1800's by Mr. Heidenbluth in Frankenburg, Saxony by crossing Gold Wyandottes (which no long exist) with Andalusian Blue. (In Germany the color is referred to as Gold Blue Laced.) By 1920, the popularity of the color took off, and by 1929 over 100 birds were shown in the annual show in Liepzig. From there, the breed was imported to England, and from there to the United States sometime in the 1980's by Lowell Barber. This color is not yet recognized officially in the US, but is being worked on by several private breeders.
Basic Genetics
The "red" color is actually a caramel, bay, or deep mahogany (i.e. Rhode Island Reds) outlined by a thin edging of blue (gray). Feathers should not be double laced (i.e. Silver Pencilled Wyandottes), or have Andalusian lacing (light blue outlined in darker blue). Due to the genetics of the Andalusian Blue gene, Blue Laced Reds come in three colors: dark blue (kind of a charcoal color), blue, and splash (very light blue to whitish). Skin and feet are yellow, with horn colored beaks and bay eyes. When breeding BLR, this is what you can expect from the colors:
Blue X Blue = 25% Black, 50% Blue, 25% Splash
Blue X Splash = 50% Blue, 50% Splash
Splash X Splash = Splash
Andalusian blue is an incomplete dominate modifier of black, meaning that it only takes one copy of the gene vs. two copies to make a black chicken blue. When a bird gets two copies, it becomes 'splash', or dilute. There also are other unknown modifiers that affect the intensity of the expression of the blue, in that some splash birds are lighter than others. It is known that the shade of blue will get lighter with each successive mating of splash to splash, to the point the blue will appear white. Often, dark blues will be mated with these lighter birds to achieve the middle "pigeon blue" coloring that is the preferred in Germany. It is also the general opinion of some breeders that the resulting black laced offspring are not as cleanly laced as the blue parents and typically are not used for breeding purposes.​ 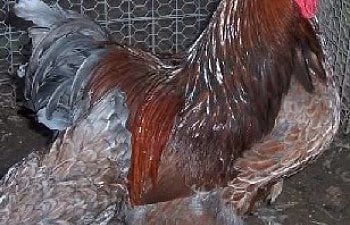 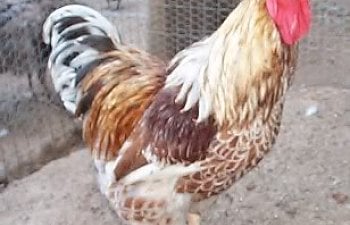 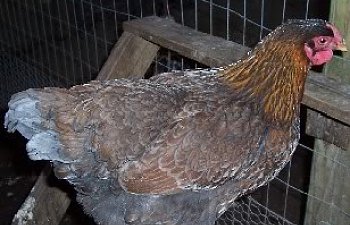 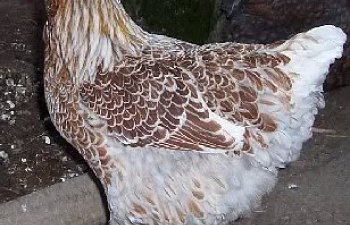 ​
General Information
Hens are good layers of medium to light brown eggs, with the typical squatty, rounded Wyandotte shape. They aren't supposed to be especially broody, but I have had no problem with my birds wanting to sit on eggs. They make good mothers. The breed in general is fairly friendly and very gentle. 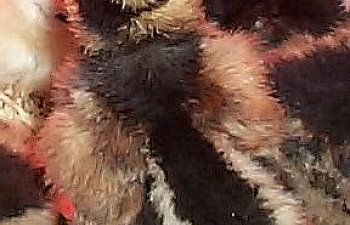 
Chicks are typically mottled dark brown, black, and blue with some tan markings, but the splash chicks may come out in lighter shades of blue and red to silvery blue and buff. You can get an idea of what shade of blue your chicks will end up from the down color. Dark chicks are the dark blue, chicks a shade or two lighter will generally be the mid-color, and the palest chicks normally come out with nearly white lacing. They are lively and busy right from the start! 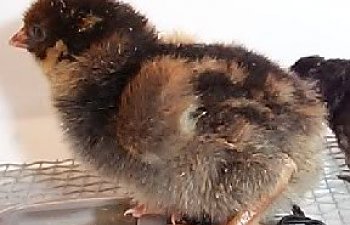 One of the drawbacks the breed has experienced is low fertility rates. This has been linked to the rosecomb gene. One of the first mistakes I made when I started culling my chicks was to get rid of any single combed birds, which may occasionally surface in a hatch. SINGLE COMBS ARE NOT BAD! Actually, they're very beneficial to the genetic health of your flock. The single comb gene is very helpful in increasing the fertility rates of both males and females. It has been recommended to use a single combed rooster in a flock, rather than use single combed hens, as the rooster will throw less chicks with single combs than vice versa. Of course, the single combed birds won't be eligble for showing, but they still make very beautiful lawn ornaments. ​ 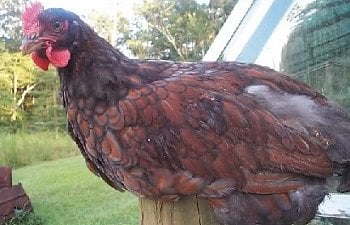 My favorite single combed cockerel at about 8 weeks. Note the deep red coloring. He has some Andalusian lacing. He's quite the looker now! 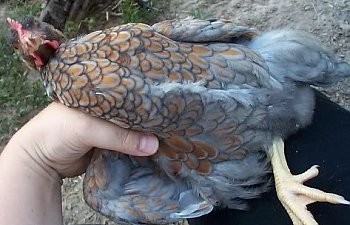 A perfect example of Andalusian lacing. You can clearly see the contrast between the blue lacing of the feather edged in darker blue.​
Building a Better Bird
Since the Blue Laced Red has been introduced to the United States, it has unfortuantely not always been bred to the Wyandotte standard in the name of the almighty dollar. Some hatcheries have taken the shortcut of breeding with Gold Laced (gold with black lacing) in order to speed up the process in which large amounts of chicks are made available. Unfortunately, this has caused problems with the red color, as the gold gene is dominate and tends to make red an undesirable brassy color and is hard to weed out of the gene pool. Body type and comb quality has suffered greatly too, but there are many breeders here in the United States whose goal is to set a unified color standard and are trying to mold Blue Lace Reds back into the body type they were meant to have.​
Reactions: Walnut Hollow Farm, jmpk2012, Chicken Whisperers and 2 others

you have some very pretty chickens, and that's a great summary
I love the genetics of this chicken. Very informative info, Thankyou!
Wonderful introduction to a very intriguing bird. Loved it!
I've been wanting to breed BLRW. I've been searching for info on them. This article helps a great deal! Thanks so much!
Thank you for posting this!
I've got the rooster whose name is Leroy I just need to find him some good quality ladies. They are hard to find here in middle Tennessee.
I really like this article and I am trying to learn how to breed them correctly.
As much as I loved my BLRW, the raccoons loved them more and completely wiped out my flock in 2011. I haven't gotten any more since due to things going on and not having the time (or money) to invest in a new flock. Maybe one day I'll look into raising them again.
We have 10 hens and 2 roos of the red blue splash. Love them. One Roo has a double comb and the other has a single. We swap them out to keep the roos active. Breeding them has less of a fertile rate as the moulted Javas we raise as well. Never the less. The ones that we hatch are beautiful once they mature. Great article. Thank you
I have two lovely blue raced red Wyandottes. Thanks for their genetic history; fascinating!
They are so beautiful. I. Would love to add to my flock.
I just got a chick (feed store variety so it won't be a perfect specimen), I prefer them not to be too dark, so I asked for one of the lighter ones not understanding that there are THREE variations. I think I probably have a splash (but that's okay - though I'm hoping for some blue tint). 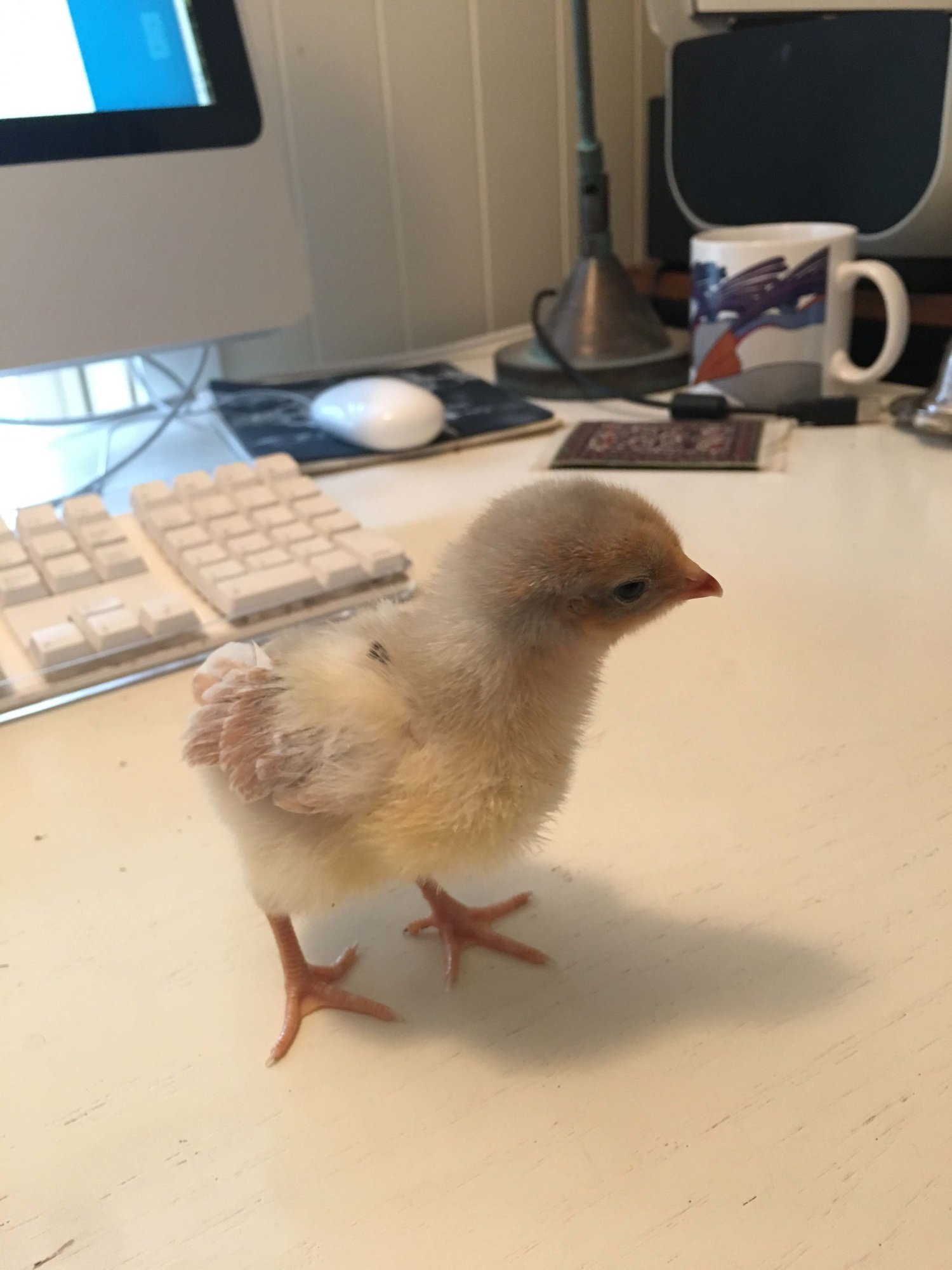 Is this a splash blue laced red Wyandotte chick?
My best friend got a blue laced red W in March, and she's really pretty so I thought I'd read a little about them. They really are beautiful birds: I love the back feathers on my friend's, the way they come to that perfect little point at the end!