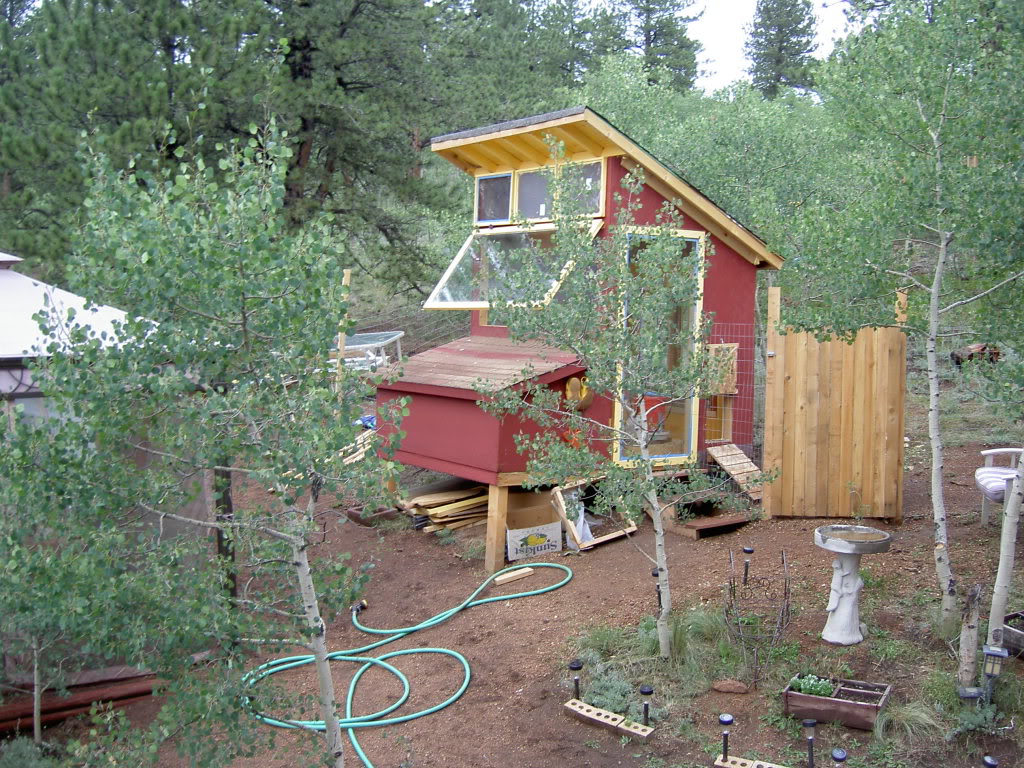 This spring we decided to get some chickens. We originally thought it would be great to use the old rabbit hutch under the deck that the previous owners built. Then we decided to move it because we didn't want chickens right up against the house. It wasn't until half of it was moved that my husband informed me that the other section was going to be too heavy. So of course, it cost us double what we expected, but it was worth it. 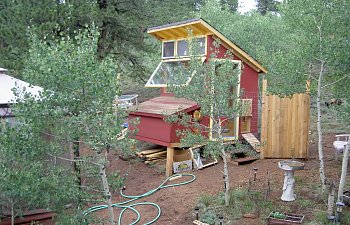 This is another angle from the bottom of the deck stairs. Part of the smaller section in the front of the coop will be the nesting boxes. 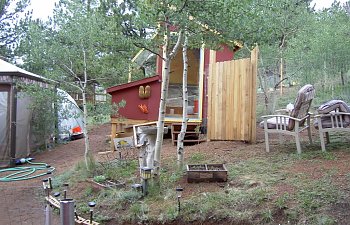 On the side opposite the people door is the window that opens out. We got this storm window for free. It was a two sided storm window so we took one half of the window off and mounted the other half sideways. When it rains they like to perch here.

This is the front from the path between the gazebo/greenhouse side and the coop. 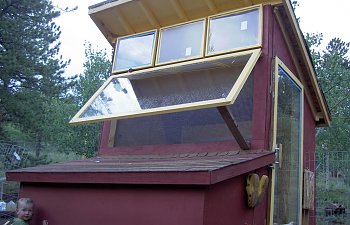 This is the front section that will have nesting boxes in it. 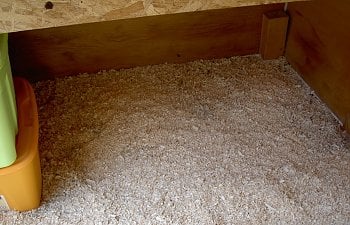 The large window up front looks out over the gazebo and greenhouse. 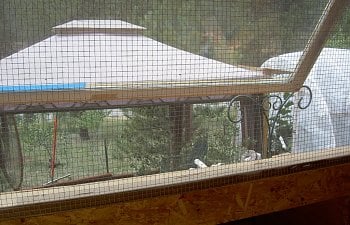 I keep my DE and food in the tubs here. I plan on putting in shelves above the side window for supplies. 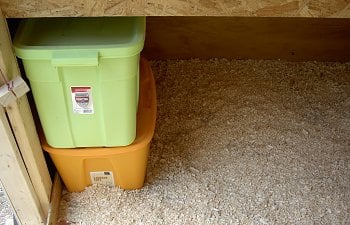 The side window is low to the ground so they can see out. It also has screening and hardware cloth attached under the wall. We don't get very warm up here (9,000 feet) so it isn't really open at night. 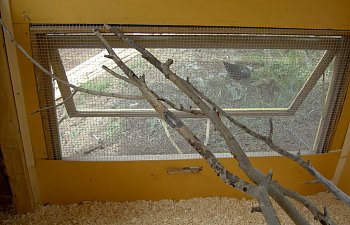 The back windows are storm windows and are non functional. These were free also. 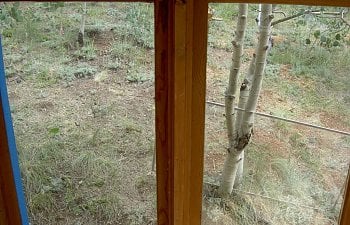 The pop door which is next to the people door. 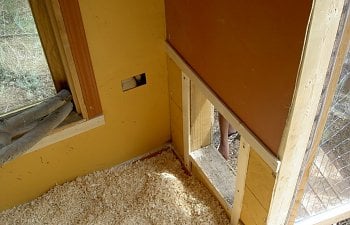 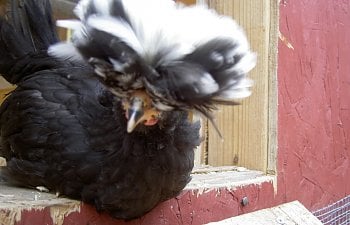 Our polish who we have named Tammy Fey. They seem to enjoy their run and their coop. We had no previous experience building so it was quite an experience. I still have painting and a few more finishing touches. We have yet to go through the winter but I think we will be in good shape. We tried to design it so there would be plenty of air flow, but we could also close it up completely for the few days we have extreme conditions. Next spring we hope to add siding. Thanks to all the Backyard Chicken folks who posted pics of coops. Without such detailed explinations and photos we would not have been able to pull this together. Thank you.

Great looking coop! Just looking for more details or plans and an update in the article!
This is a great coop for housing chickens in. It has all the must-haves, but there is not enough info on the coop page of how it was built or anything
Read more…

this looks awesome and so many free things! great job!
You must log in or register to reply here.