Leave a rating
I am a new member, although I have been reading up and visiting the site and forum for about a year now. I had a nice little flock of three young silkies, a rooster and two hens, a beautiful sizzle hen, and two guinea cocks. Unfortunately a couple weeks ago, one of my guineas, who was always a little odd and more aggressive, went rogue and killed my two favorite hens. The First picture is of my blue hen as a little pullet. I wish I had updated pictures of her before she was killed, she was a gorgeous bird. The second pic is of my black silkie that was killed, she was actually a frizzled silkie and was also a gorgeous bird! Amazing vaulted skull and beard and was so poofy! She is dust and sunbathing in the flowerbox next to our house in this picture. I thought it was funny. This picture was taken a few days before she died 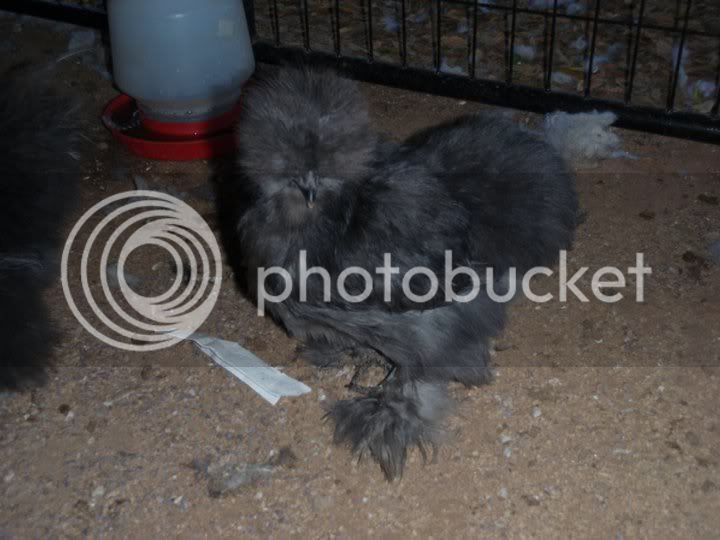 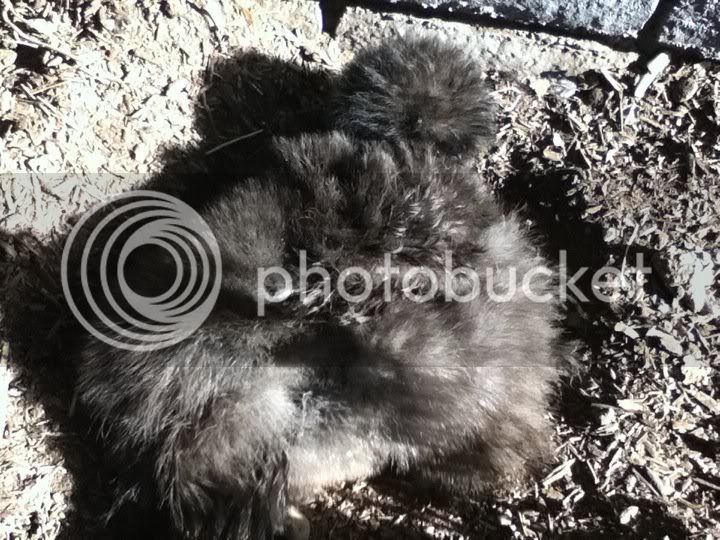 That guinea is now taken care of. So I am now left with my splash silkie rooster, and my little black sizzle hen, and my super friendly guinea. My brother and I are in the process of painting and shingling a nice brand new little barn shaped coop for the birds and we actually just finished the shingling part tonight! It was too dark to take pictures, so I'll have to get some tomorrow. All that is left is just to touch up some detailing in the paint now. These are a few pictures I took of our progress from a couple days ago. The tops where the nesting boxes reside are shingled now, covering the orange painted masterpiece contributed by my little nephew

And the trim looks a bit better. My brother was very kind to do the detail work. Since he worked with his friend last year painting houses, he was better qualified than I! 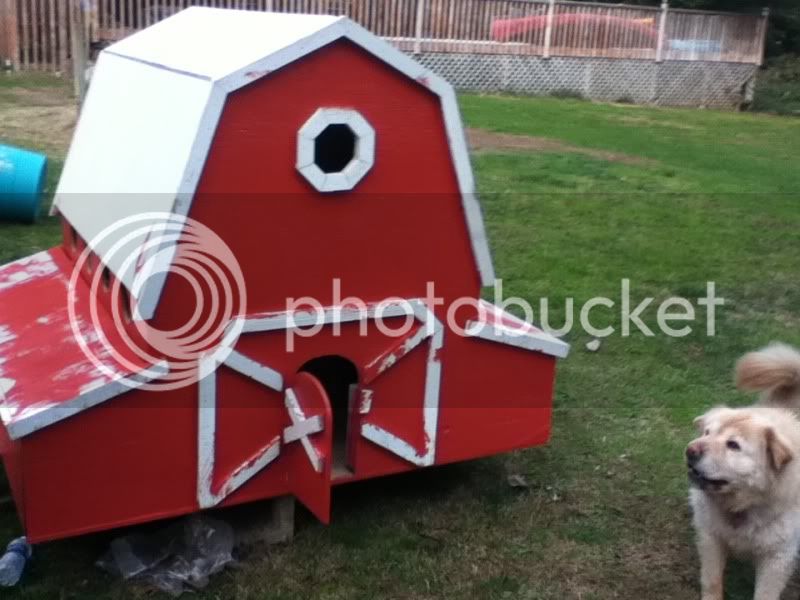 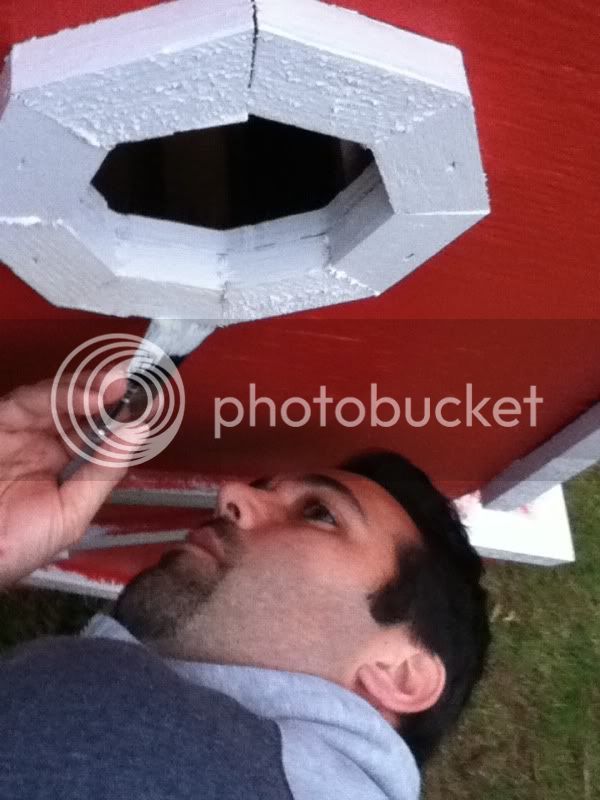 Here are some pics of my existing roo, hen, and keet! First pic is of my roo and lavender guinea. I guess he isn't so much of a keet anymore, but he still acts like one

I love how proud my little rooster always looks! Second pic is my hen and roo pecking around eating whatever is left from the tossed parrots' seed. 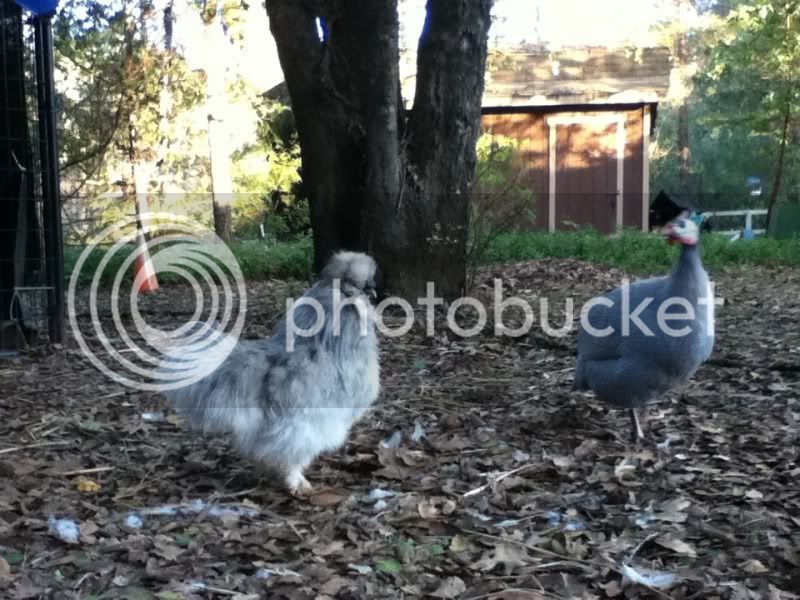 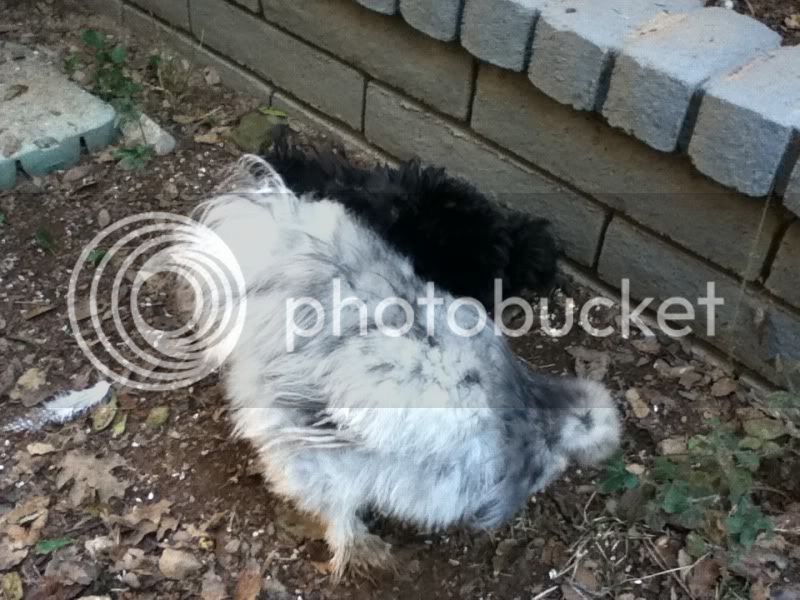 This last pic was just too cute. I had brought my hen in the house for a bit. She was getting treats of bread and mealworms which she liked very much. Her poor tail looks so pathetic in this picture, actually she just looks all sorts of pathetic. That crazy guinea tore out tons of feathers. I walked outside to him tearing out her feathers and just pecking away at her. He wasn't trying to just breed with her, he was full on attacking her. 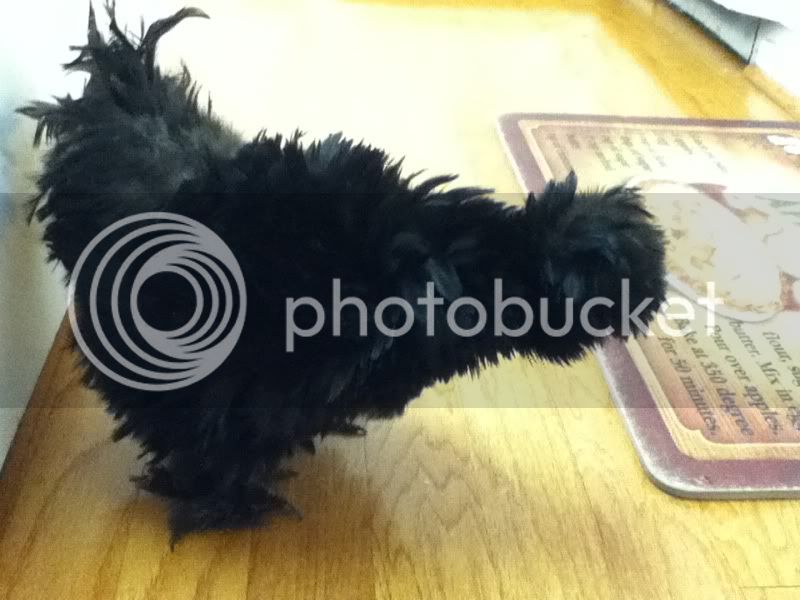 Well that is it for now, until further notice. I will probably update in a couple of days, as we will be acquiring a silver sebright and japanese bantam chick! Yaaay! Now to just get a few more silkies, a showgirl hen, and a couple call ducks, our flock shall be complete! Oh! I shall have to get some pics of our four ducks on the pond, I almost forgot to mention them! My chocolate indian runner hen, an unknown brown drake (was supposed to be an indian runner as well), and their brown duckling (who isn't so much a duckling anymore, not sure if he is a hen or a drake yet), and a poorly penciled young indian runner.