Day One Of Coop Building 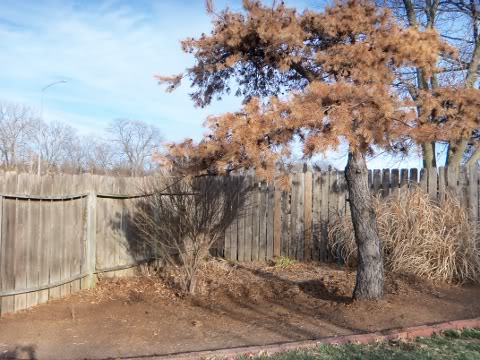 Jan 8th, 2012
Today I started working on preparing the area that we will be dedicating to the flock. When we moved in, this back corner was already landscaped with several inches of mulch and that had to be removed. I have no idea what type of mulch it is and no clue if it's been treated or not. 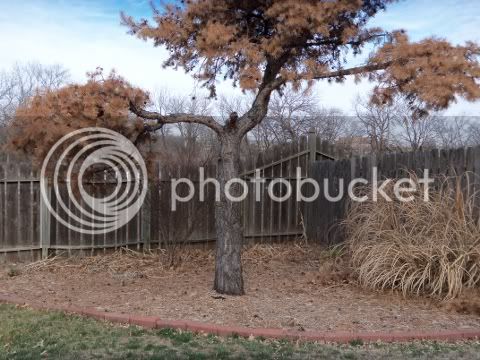 The tree will be cut down, as it is dead, and the bush will also be removed. I don't want to provide easy access for the chickens to hop over the fence. We plan on adding hardware cloth around the bottom inside half of the fence surround our entire back yard so chickens don't get out and preditors don't get it. (Also to discourage the bunnies from coming in the yard and eating my garden). We will build a fence along the brick boarder so the chickens can have free run of that space. The back of the fence is 22 feet and the side is 25 feet, so there will be plenty of room with the 6X8 greenhouse coop in the middle. I plan on leaving the native grass in the run, but I'm sure the chickens will make quick work of that and have it cut down within a year. That's ok. We have plenty of these throughout the yard. 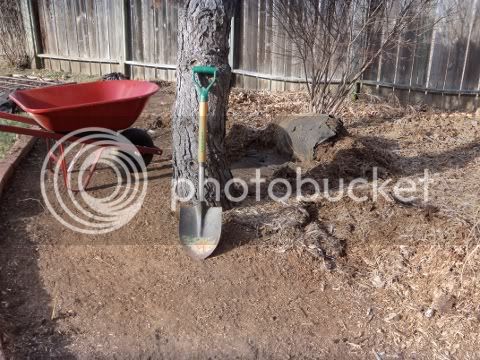 The mulch wasn't heavy, but still was a lot of back-pain-inducing work. There was weed cloth under the several inches of mulch that I used to my advantage. I pulled up as much cloth as I could and then just shoveled the mulch into a wheelbarrow. As to what I'm going to do with all this extra mulch is anyone's guess. I have been adding it to the mulch beds throughout the yard and there is way more than I would have ever expected. I'm sure it was easier to lay down than it is pulling it up. The chickens better be happy with this space! LOL 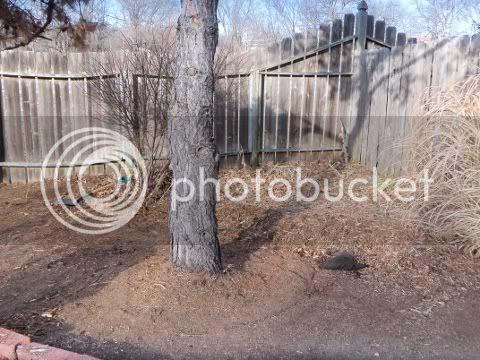 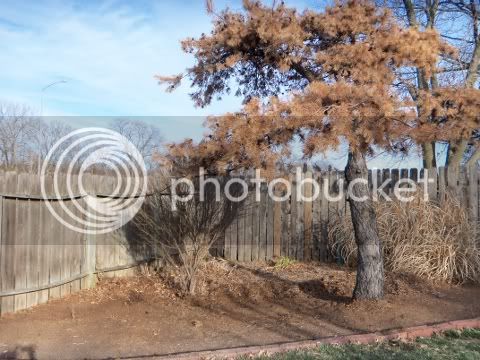 Two hours worth of work and it's only half done. Sun started going down and although i was quite warm in the 45 degree weather while I was working, i started to fizzle out in energy. I will save the rest of the work for another nice weekend. If it starts getting cold and winter actually decides to arrive, I will be thankful in the spring that I've at least gotten this far!


Brooder from a small animal cage

This appears to be a well documented build, but needs to be consolidated to a single article to have the most benefit and impact. Moving the entire build to one page would be ideal.
Would like to see the finished coop and details on how you built it.
Read more…

Sounds like it will be a great place for a coop and run!
Keep us updated please.
You must log in or register to reply here.