Article Reviews (2) Gallery
In a dusty unused corner of the backyard leaning into a hole dug out sometime in the distant past by a family dog sat a very sad dilapidated dog house. Hanging gangly and spikey over it was a hideous unfriendly tree that would seem to reach out and grab you if you got near it with long tangled spikey branches. I don’t actually have any pictures of the depressing scene so hope that paints a good enough picture

suffice to say my partner and I - we didn’t go back to that corner much! One night we were talking about the garden and making our home more sustainable and the subject of chickens came up - we eyed the sad dog house and had a bright idea to turn it into a coop! So we dragged it into the patio and got planning. 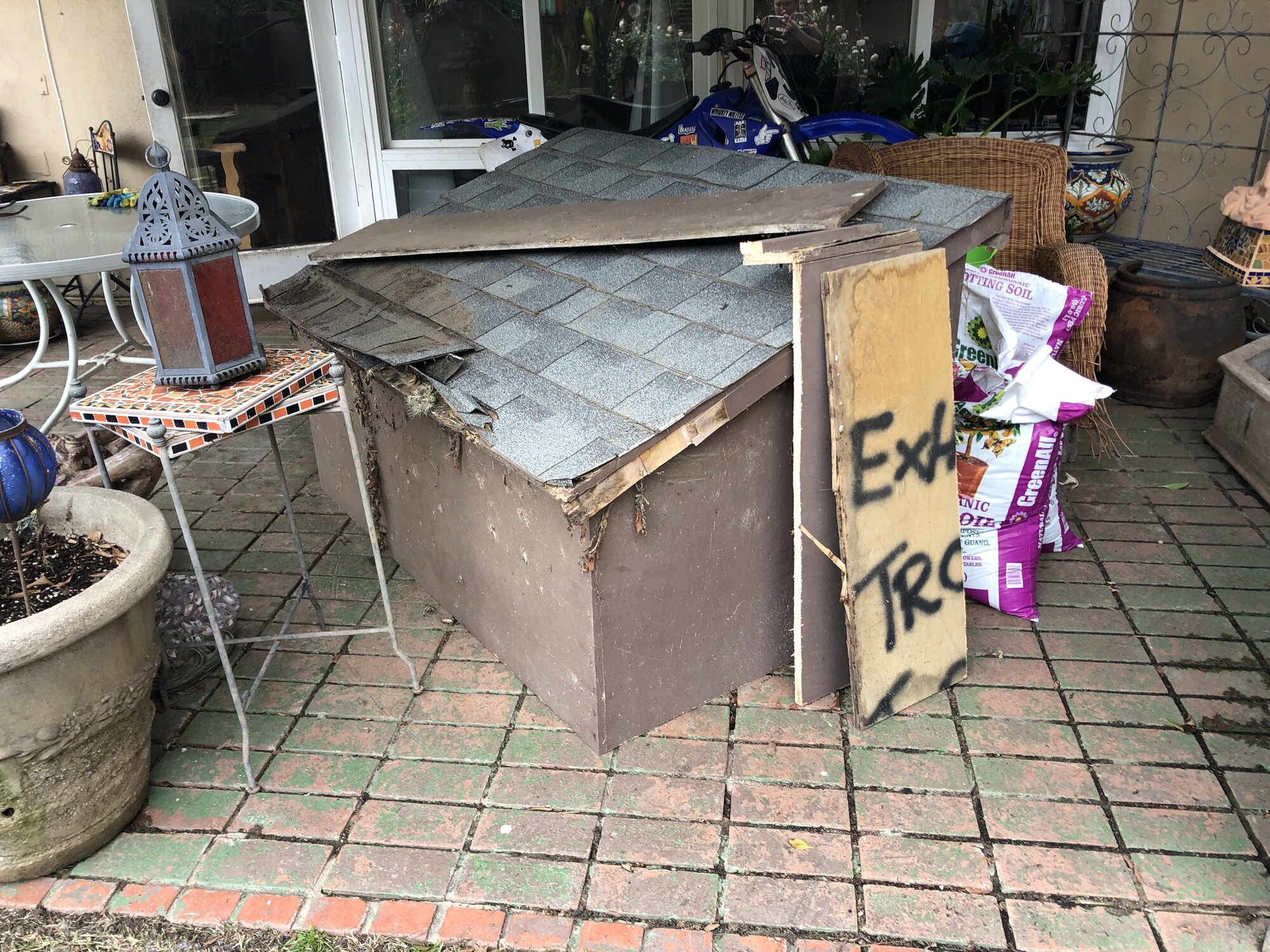 First we built a platform for the coop to sit on and luckily had some old linoleum from a past project laying around - used that as the floor. 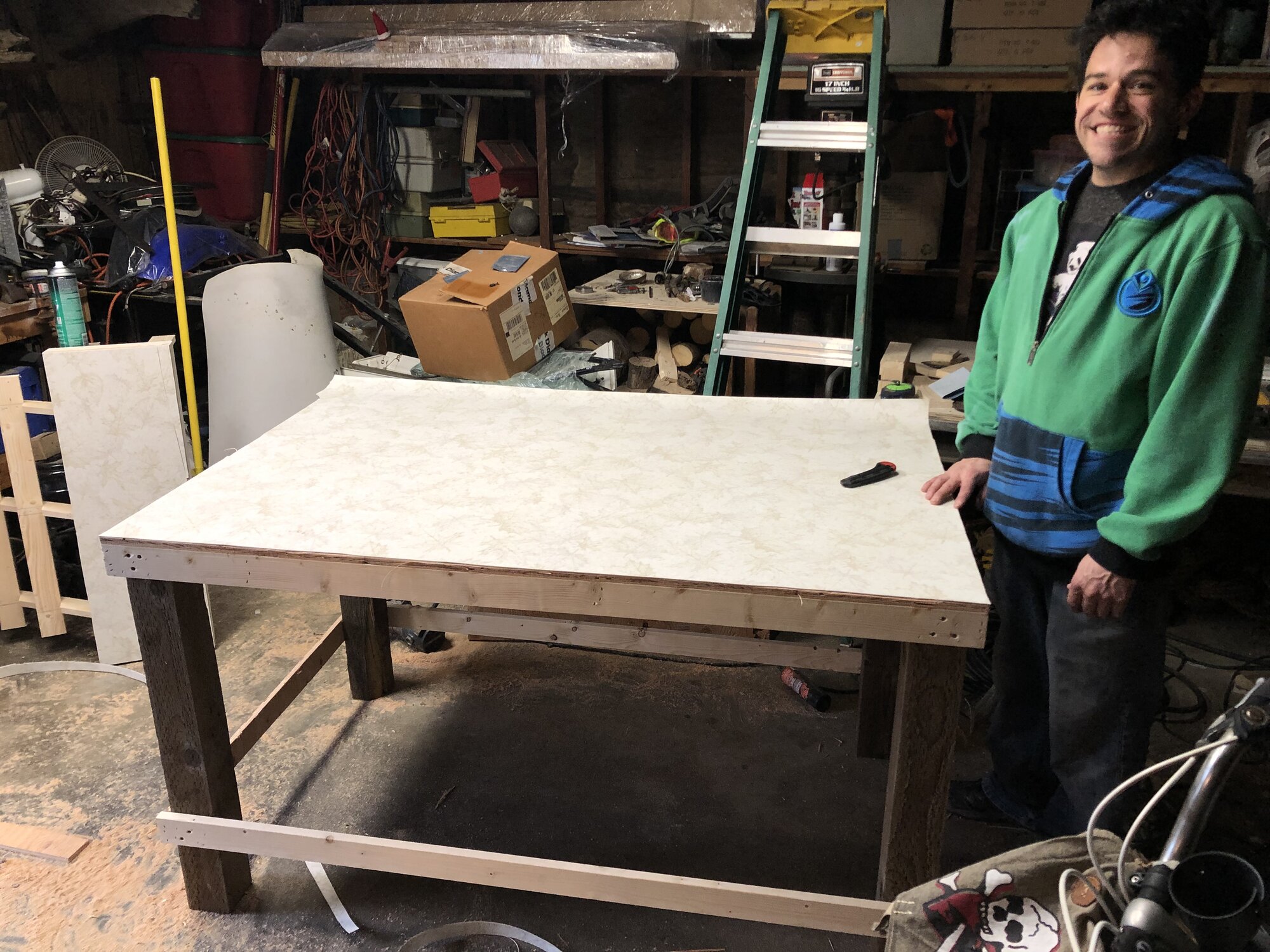 My partner Ryan is the builder so he pretty much took the reigns on the design at this point I don’t have a ton of process pictures. We both liked the idea of the entrance of the coop being underneath and built-in 3 nesting boxes against one wall. 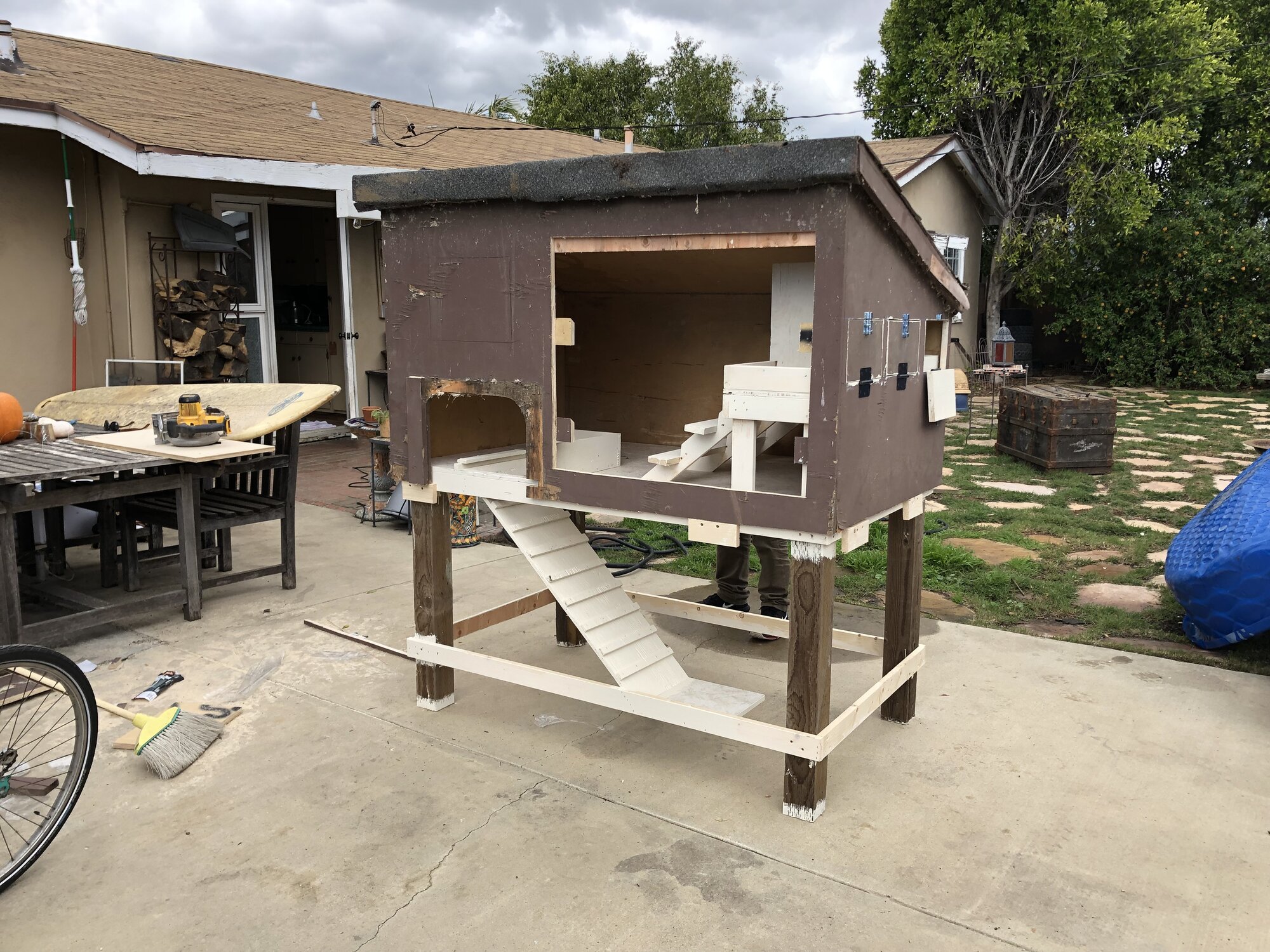 I painted the whole thing white to start. 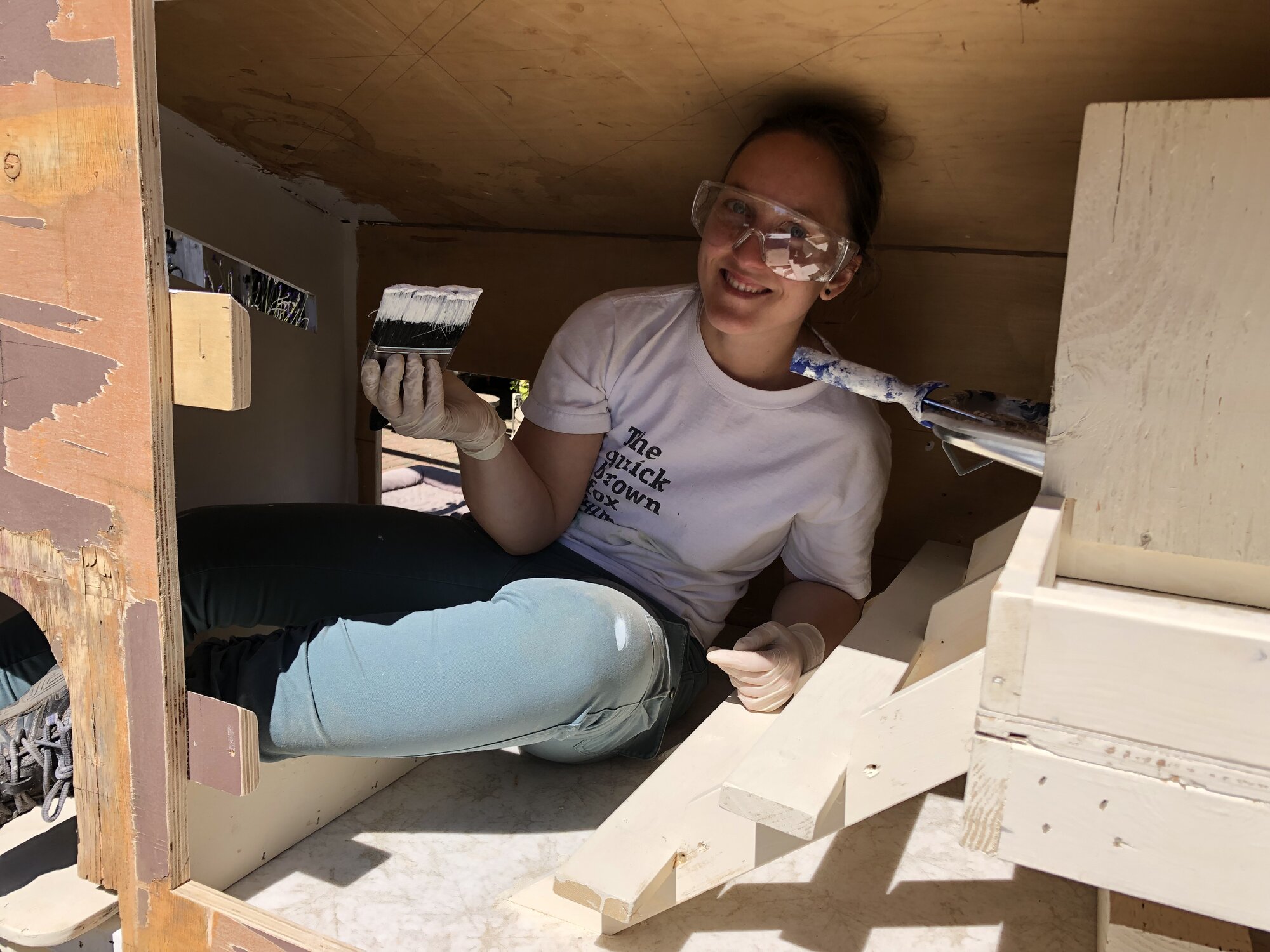 Amazing what a coat of paint can do! 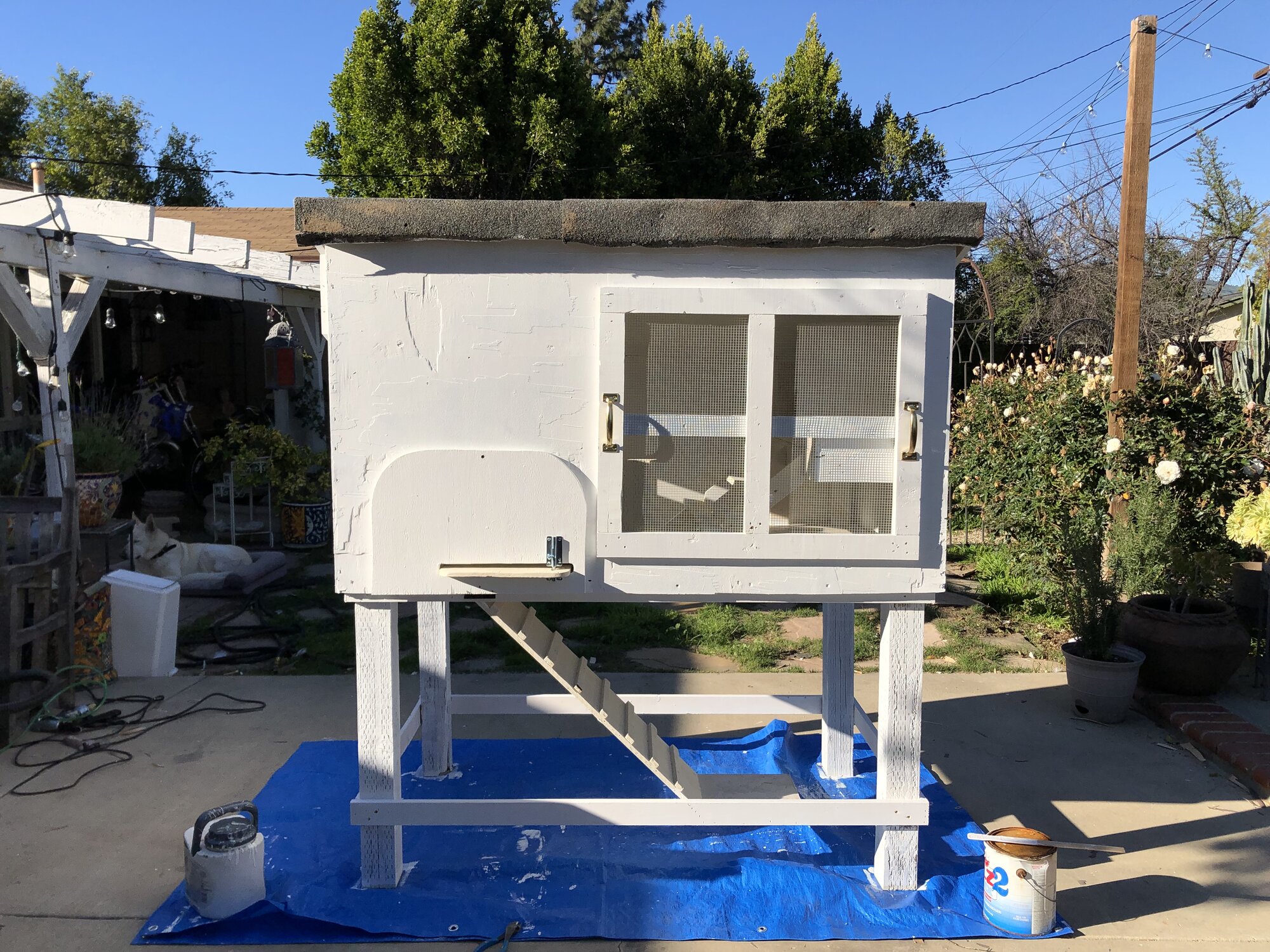 So it was all shaping up really nice and we decided to use that same sad corner of the yard as the chicken area to install the coop and build out the run around it. We ripped out the angry tree and set the coop in its new home after it got a final coat of barn red and an awning over the front window. 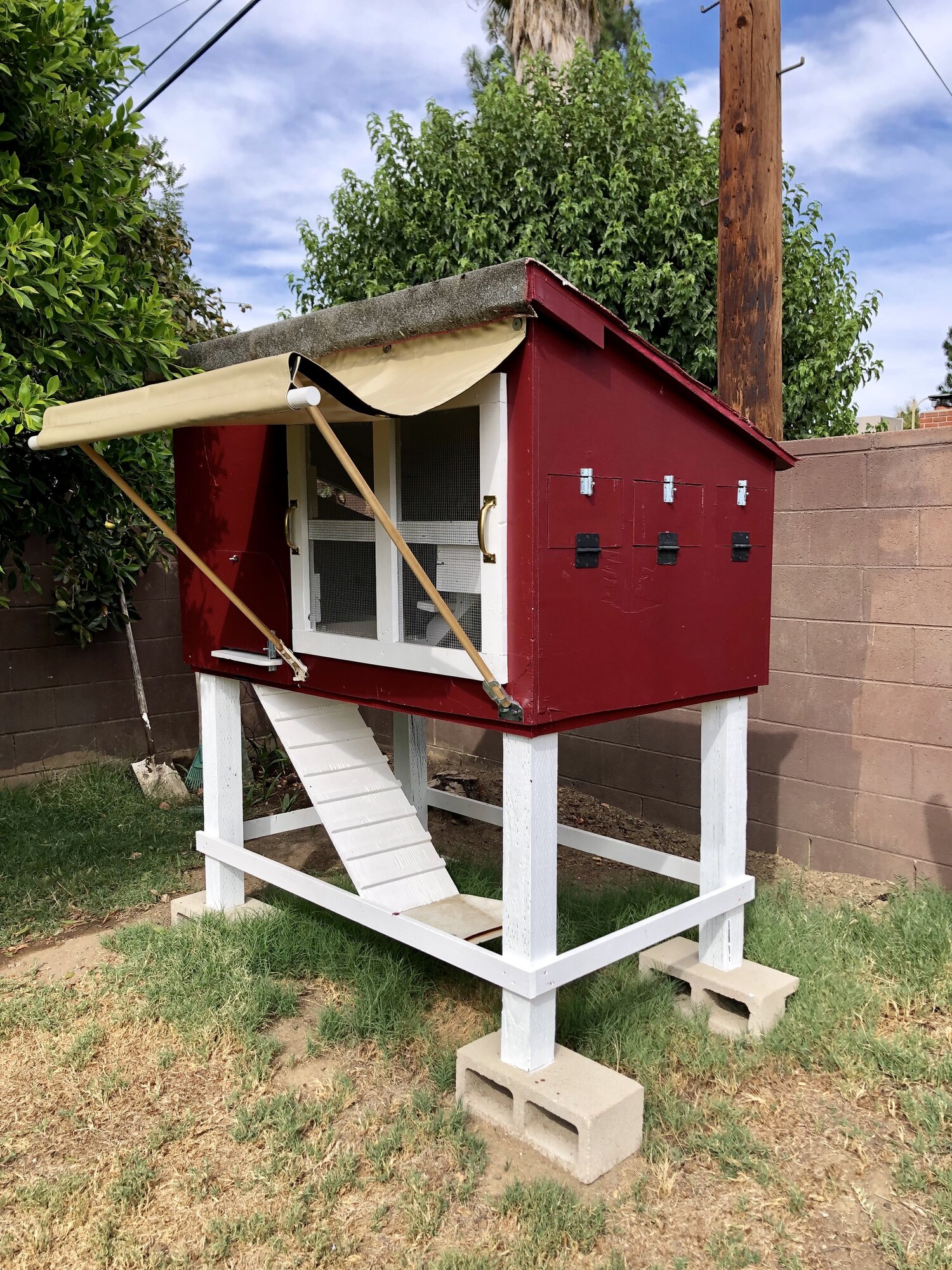 Meanwhile we got our first 3 chicks, a RIR, Easter Egger, and Plymouth Rock 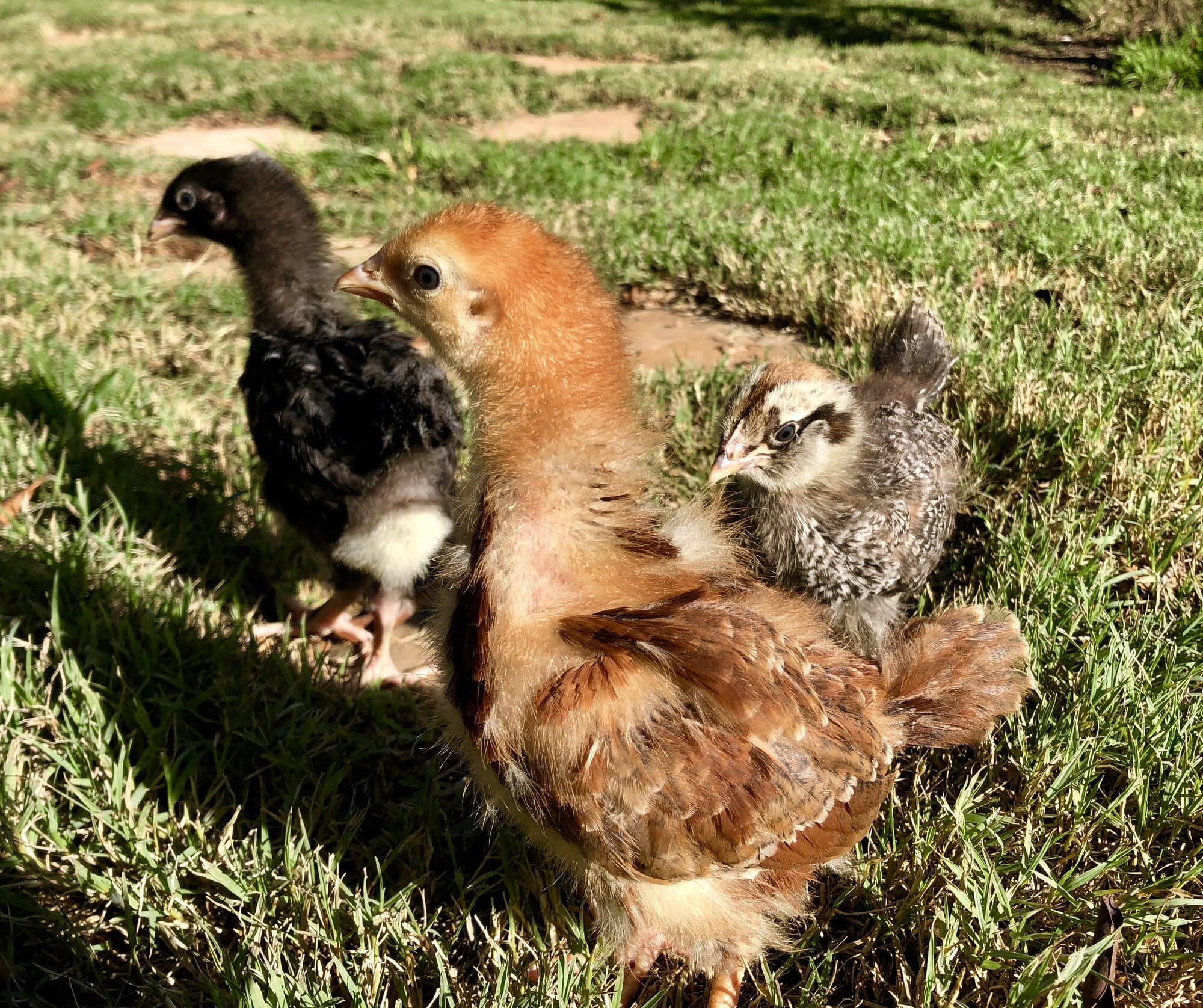 We cleared some trees along the walls and a bit of cactus spikes and started framing in the run. We wanted something really large and tall so the birds would have plenty of peck & scratch space without having to be let out into the yard. We have a lot of predatory hawks so the chickens would not often be allowed to free roam the yard. 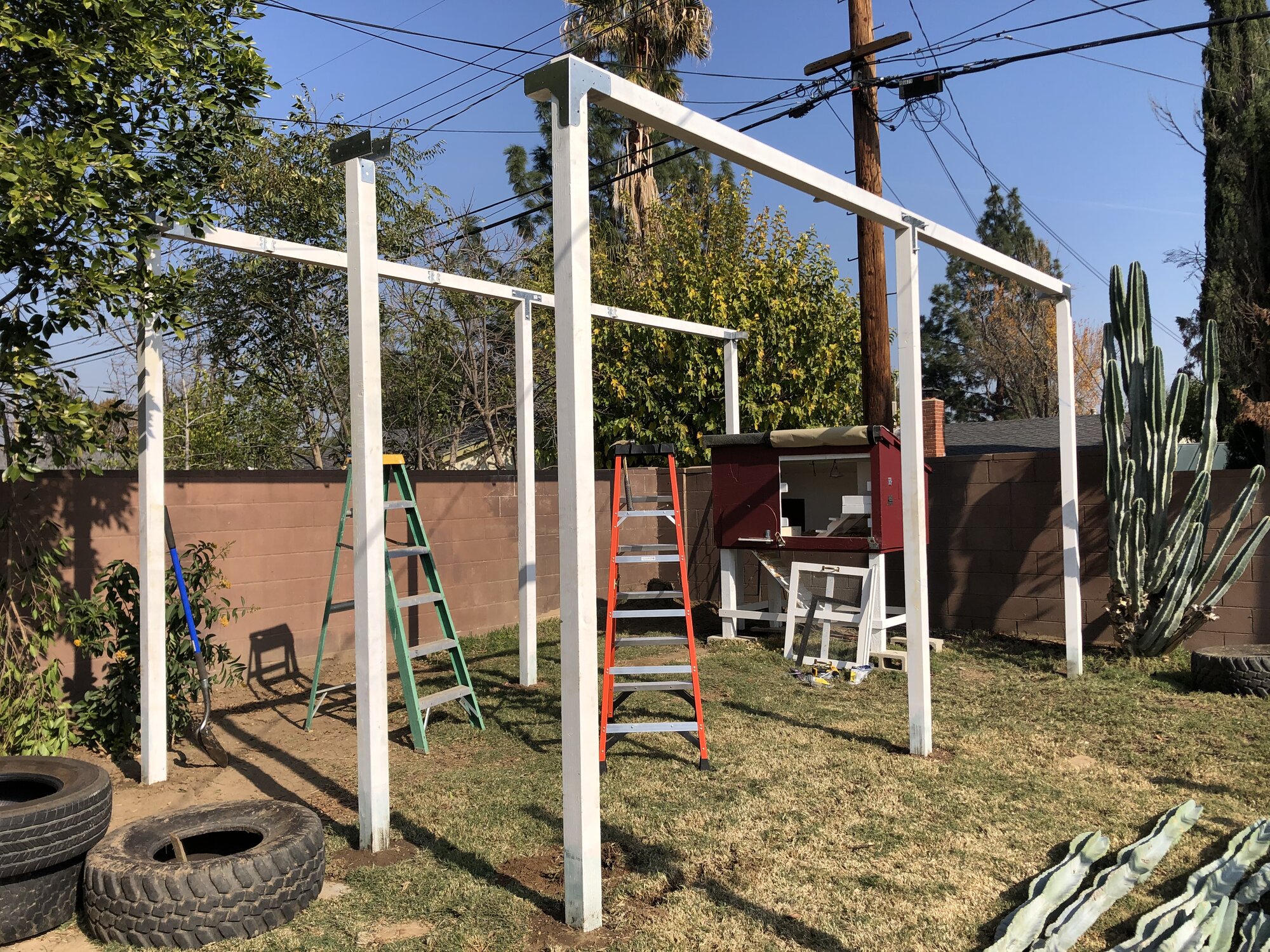 they were almost ready to be outside on their own and luckily we were almost done with the big girl coop! 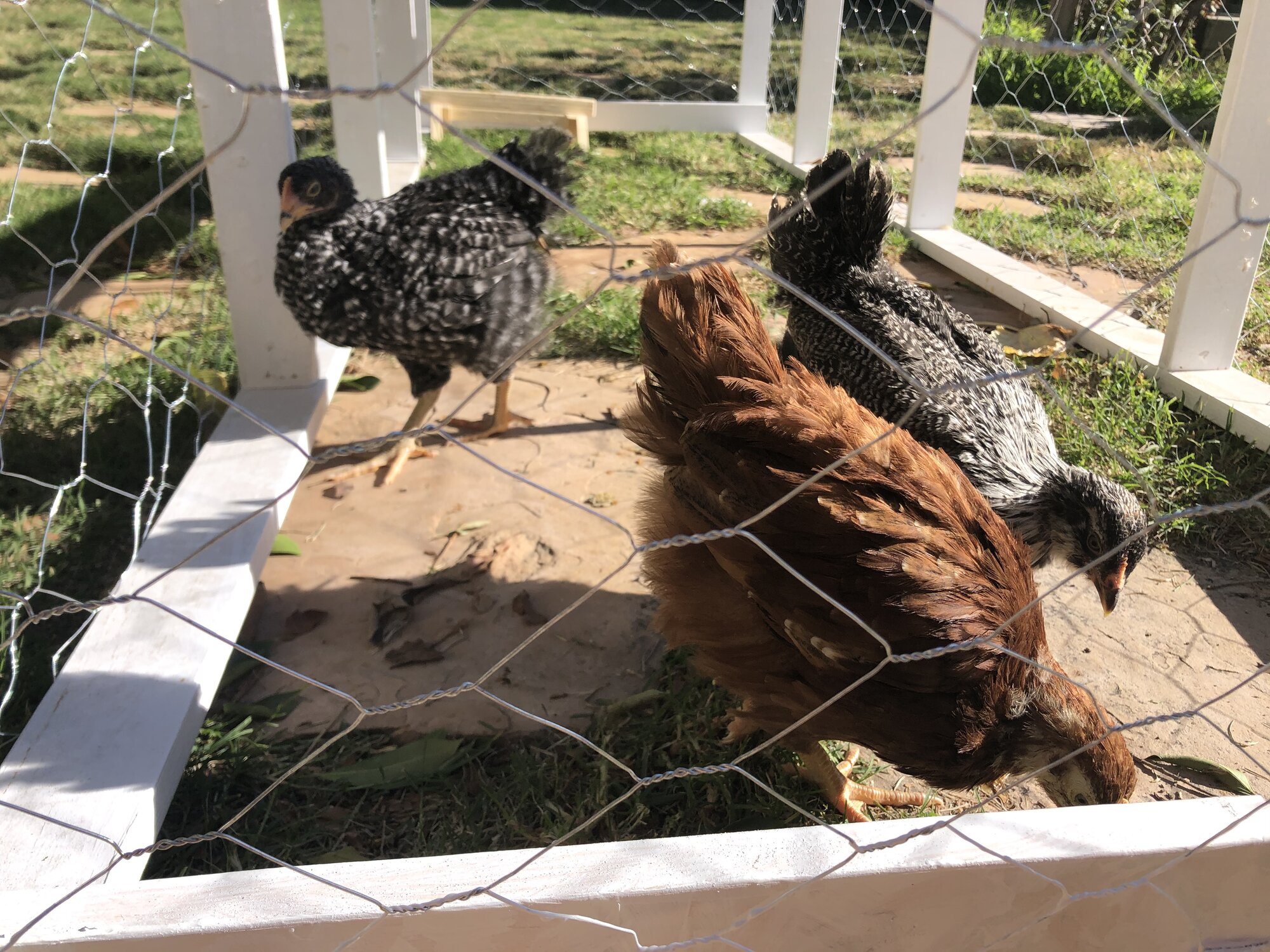 Just had to finish off the wire and add in water and a few other details. 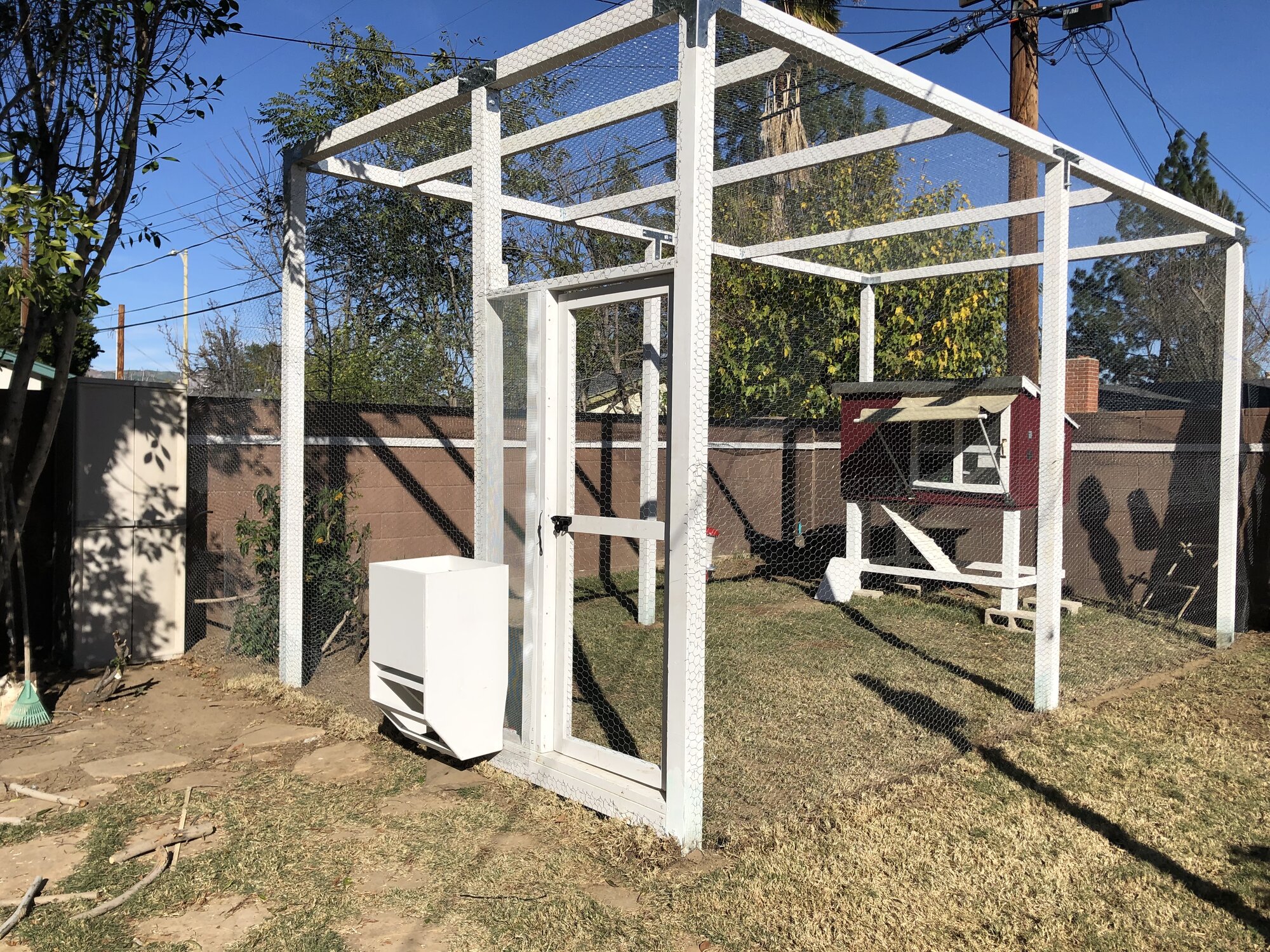 The coop has changed some since this iteration. We got 3 more chicks because.... why not?! So added 3 more nesting boxes and removed the inside stairs adding 2 roosting bars and a solar fan. The run has shade across the top and a little ‘food barn’ that keeps the elements off the feeders. Here’s an inside view of the current coop, small and sweet 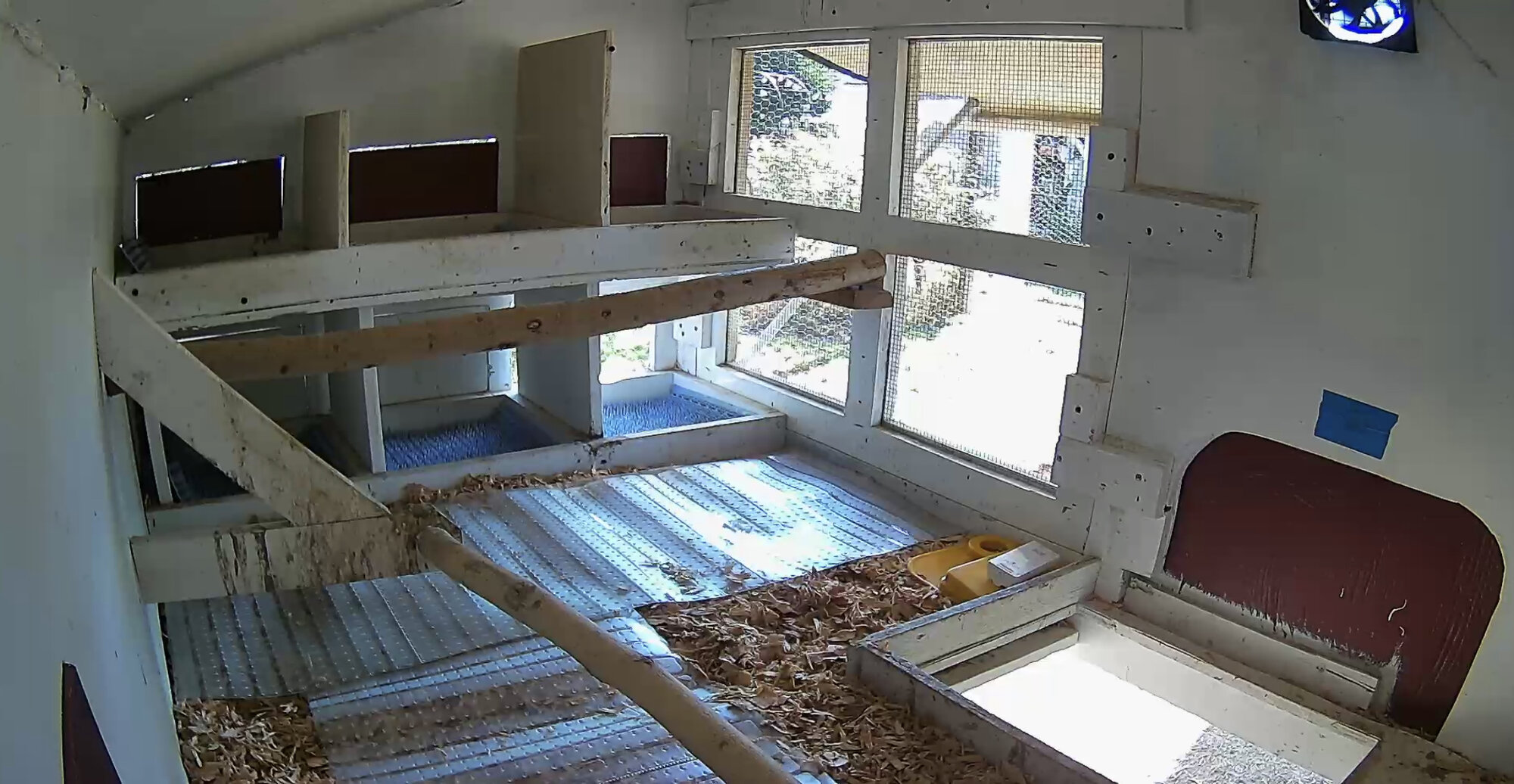 It’s been an adventure!! 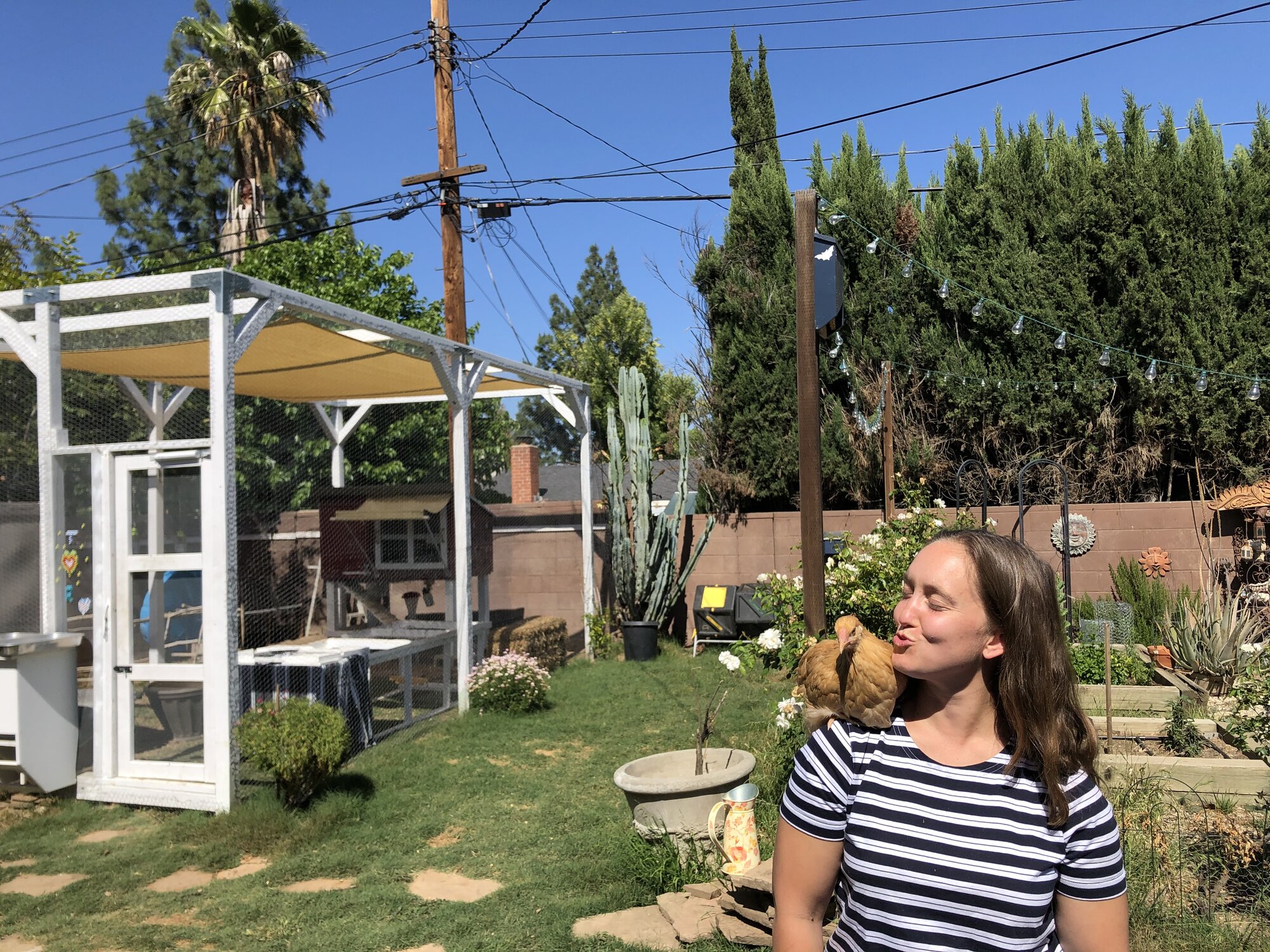 What a great job! You really flipped that house! Lol
Ingenious!