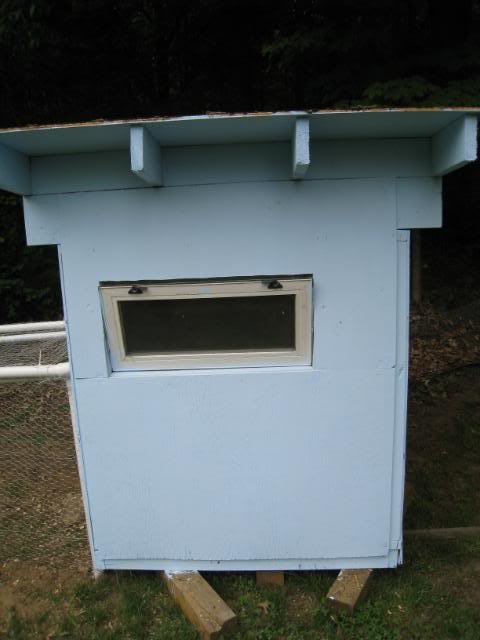 My original coop, the Blue Box. It is 4'x4' and way to small for the six chickens. 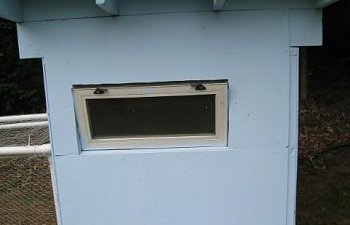 it had a tiny attached run that I realized was wayyy too small. So I put up some flimsy plastic garden fence that is shown in some lower pics. After a month they learned how to fly over the fence but we kept it up to keep our dog out of as much chicken poop as we could. They had free range of the backyard until late winter. The coop was also expanded within a month to almost double its size. 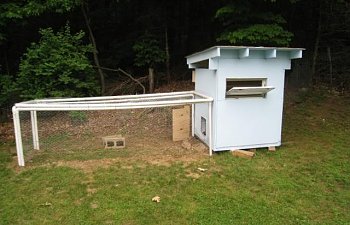 My original chickens. My mother agreed to me getting three of them. But tsc only sold them as few as six. Four sex link hens and two red roos. 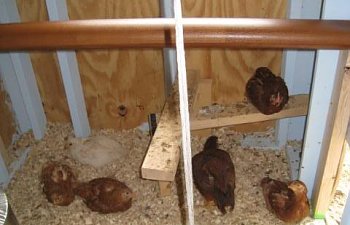 The roos were Bowser and HansChristian. Hans was attacked by a raccoon and both were given away to someone who wanted to care for a hurt bird and have another rooster for the dinner table. Here's a hurt HansChristian 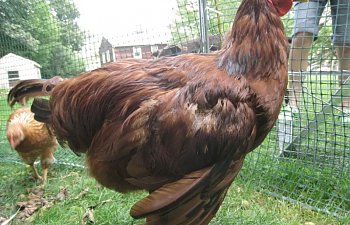 So then I had four hens, a number my mom was happy with. Three golden comets Reptar, Gertrude, and Spike. And one amber sex link Dino. They layed well, skipping at most one or two days a month all through fall and winter. 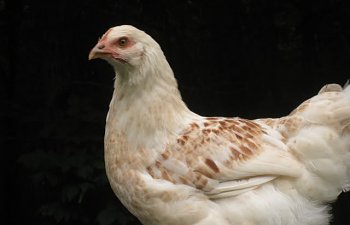 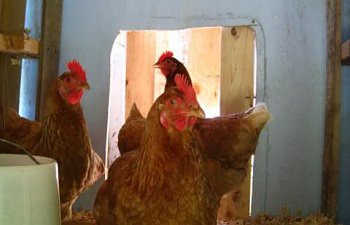 Dino was killed by a hawk in late winter. Down to half as many as we bought. But we had egg customers that three hens couldnt supply fast enough. So come springtime we need more. Once again tsc only sold six or more hens so instead of getting the desired three more we came home with six more. This time all pullets; four amber sex links and two golden comets.
But after the hawk attack we need a covered run. This shows the run and first addition. 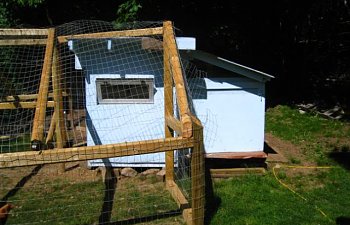 I dont care much for baby pics. Seven weeks of being in the basement was enough and it was time to move them outside with the big girls. The run was sectioned off and a second addition was added. The run and coop was sectioned off with deer netting. 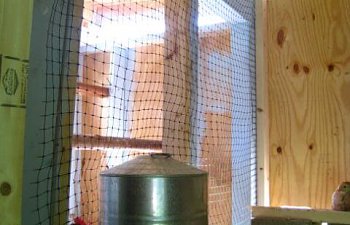 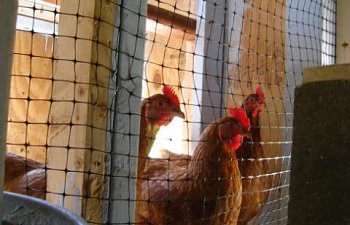 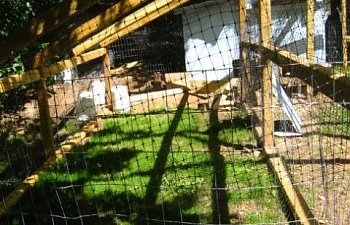 After a few weeks the run was unseparated and then three weeks later so was the coop. While they shared a run I kept a cinder block infront of the baby's part to keep the hens out but let the young ones in and out. By the end of the coop separation they were about the same width so I dont think they couldve been apart much longer. By the time the pullets turned 13 weeks they were confident enough around the hens to sleep on the top roost and steal treats from them, but they arent quite friends yet.

side image of first addition and second addition. 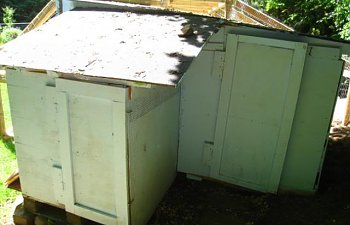 The second addition was 4'x6' so now there is three rooms. One for sleeping, one for food, and one for egg laying.
chicken wire to keep them from roosting where I don't want them to. 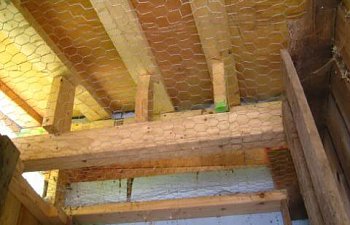 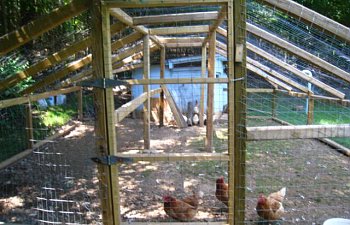 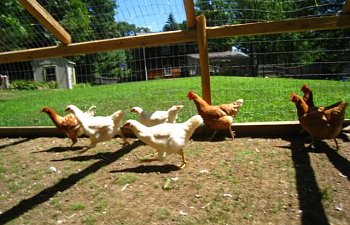 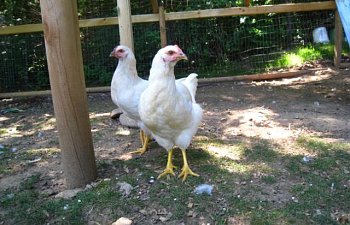 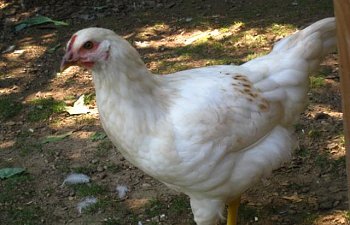 I used pallets for both additions and hard to cover them to prevent roosting. 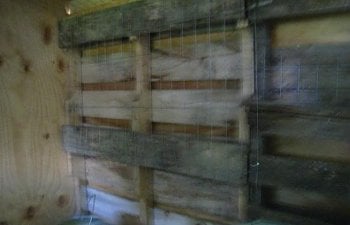 I swear this was all grass. Path to compost (which although nearby is longer than a shovels reach and therefore not to my liking) 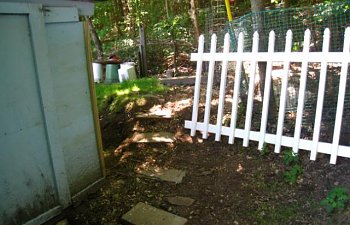 and the back. There was grass right behind it too, but now its dirt which bounces up onto my walls in rain. grrr. I think there is a skunk temporarily living under this part that trampled my grass down. 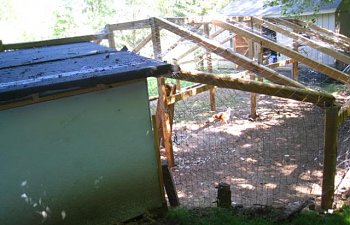