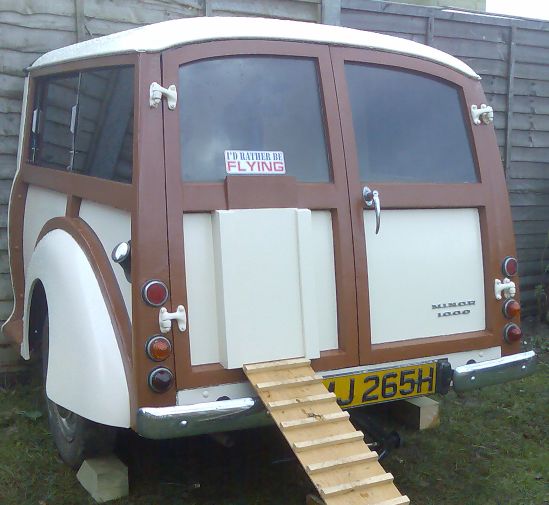 ​
Michael Thompson lives in the heart of the Norfolk Broads, and has just finished converting a dead 1970 Morris Traveller into to a hen house and four ex-battery chickens now call it home!

Michael (who is also a 1970 model) explained "I was looking for something a little unusual to make into a hen house and had asked a friend of mine who owns a body-repair shop to keep his eyes peeled for an interesting vehicle that I could use.

Weeks went by and having given up on my quest, I'd just started to build a conventional wooden one when my mate rang to say he'd just flagged down a recovery lorry on its way to the scrap yard to weigh-in an old 1970 Morris Traveller and was I interested... after humming and ha'ing for about thirty seconds I said yes and bought it blind for a hundred quid and my mate delivered it for a drink!"

The front end was pretty bashed up and the back wasn't much better mainly 'cos it'd had a chain over the roof to hold it securely onto the back of the recovery vehicle. Being a joiner and not a mechanic, Michael knew his limitations and decided to cut Maurice in half - literally. Most of the woodwork was shot and not having a spare £1000 in the budget to buy new Traveller timbers he made his own repairs with scraps of wood left over from jobs he found in the back of his van.
All the woody bits had to be painted as the colour match wasn't good enough - but the joinery repairs were second to none! A bit of filler strategically placed and a few coats of paint later and Maurice was looking sharp!

Michael continued "Having never built a hen house before I had to get the interior just right... I soon realised that if I reversed the sliding side windows, the handles would be on the outside - perfect for collecting eggs! Whilst I was at it I gave them five coats of gloss black paint to the inside of the glass giving Maurice the 'limo look' he so deserved - thus also creating a nice private area for egg laying! A couple of perches later and a pop-hole for access the new hen house was ready for action - a real chick magnet!

The cost of the Traveller and other materials on this project was about £300 plus the labour - I even managed to flog the offcut front half for £95 on eBay! "But is was a labour of love!" Michael smiled"...and I don't expect there's another one like it anywhere, a candidate for the Turner Prize if ever I saw one!" 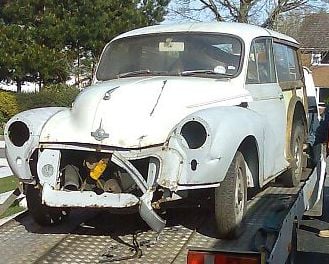 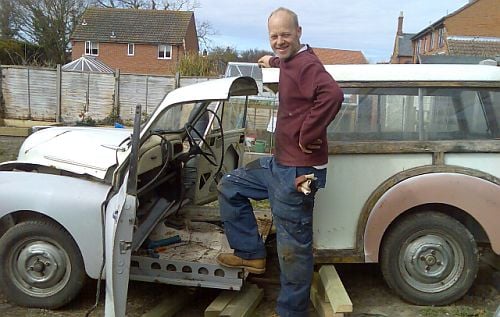 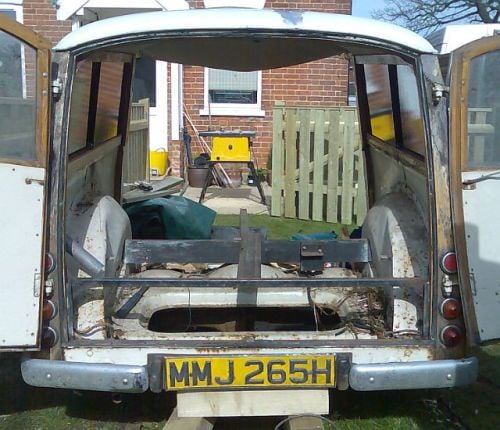 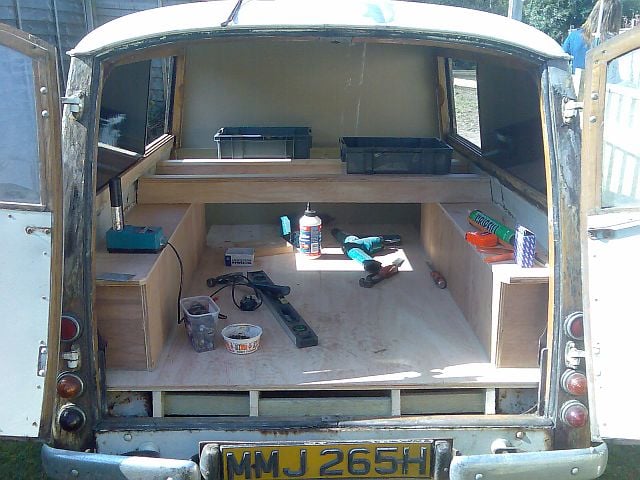 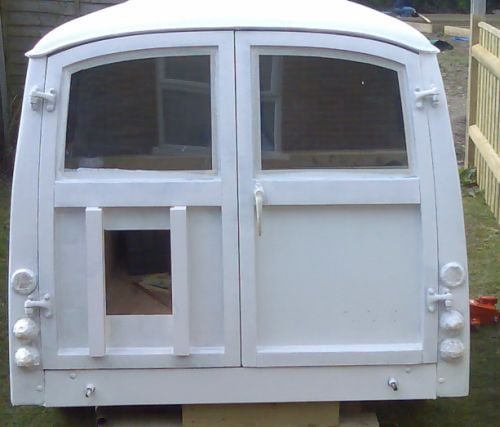 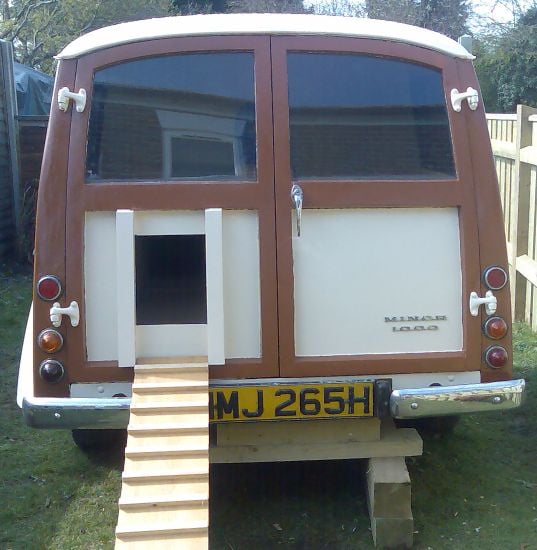 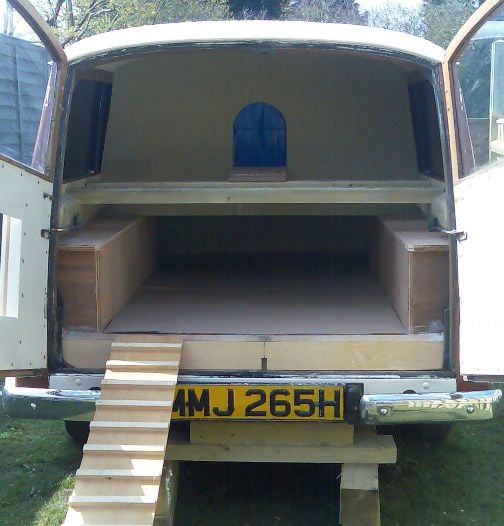 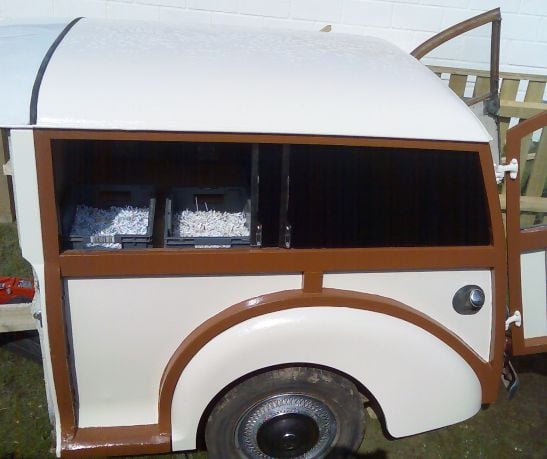 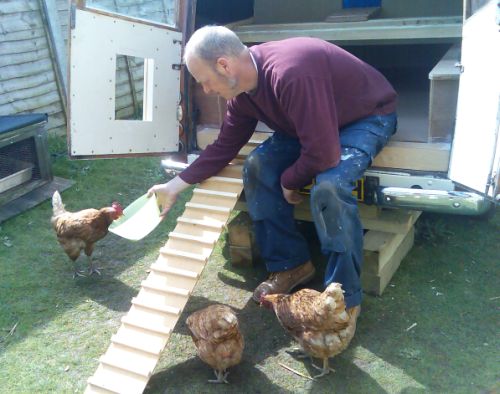 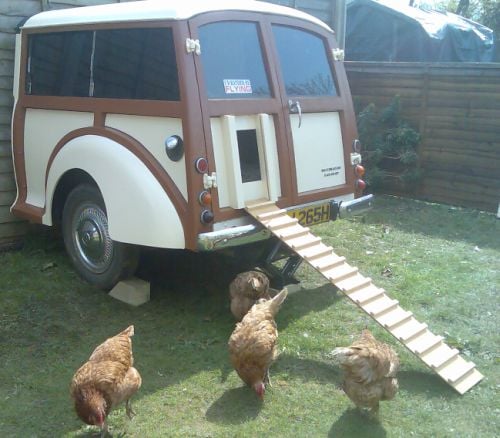 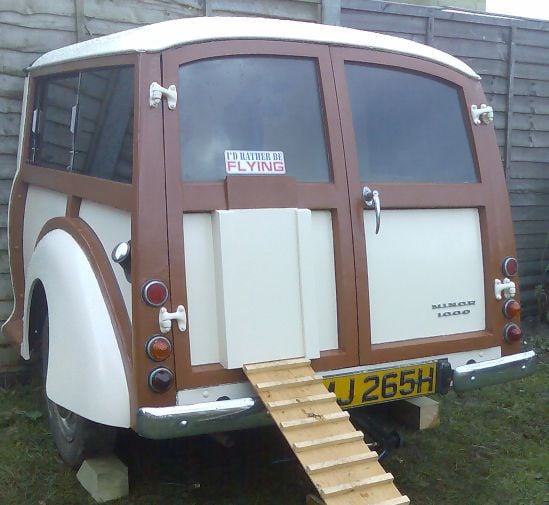 Wow! You really can turn anything into a chicken coop with a little imagination and work. This is a unique coop for sure! Great job!
it looks so classy!
I was blown away by your ingenuity, this is by far the most fun coop I have seen so far. Cudos to you and your lucky girls.
Reactions: luvlybirds
Read more…

I love this! It is so creative!
This is awesome! It looks like a car driven by chickens drove into the side of his house.
Awesome!
that is so cool! what lucky chickens:
Amazing!
Super creativity! thinking outside the BOX it is always more FUN!.
so cool
I love this! How creative! Nice work
Wow!!!
Sweet, Beyond Awesome. Words cannot describe. But I tried

.
I love what you did, very creative. Thanks for sharing.
So creative, Well Done!!

Amazing!!!
Awesome!
That is pretty cool.

Really cool!
Can you still move the car easy?
That is predator proof.......
That's SAWEET!

All these stationary coops are so cute, I had to have one, then 2 and then I watch a video on movable coops. I wish I would have seen the video first! The movable coops put your chickens to work for you! I am on my last week of Meat birds in a chicken tractor and I love it I have not shoveled one grain of poo! And my birds stay clean! If you have ever done meat birds before you know what I am talking about! They get moved everyday to fresh grass. If your in the city these little cute coops are for you! But if your in the country, check out Justin Rhodes Chicken tractors! They are awesome and easy to maintain!