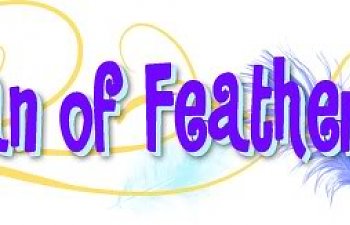 Mikaela the white crested black polish - She has taken over the spot as the most adventurous with Valkyrie's demise. She seems to possess a sweet and inquisitive nature. Tends to always be the first one to the treats and the first to explore new areas. She seems to have the fastest reflexes of the bunch as I saw her catch and eat a yellowjacket out of the air. 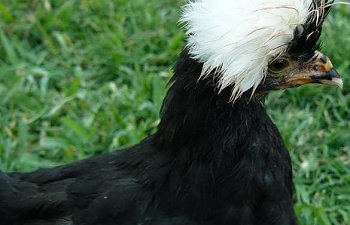 Morticia the black australorp - larger of the two 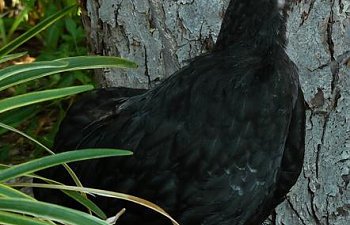 Wednesday the black australorp - smaller of the two 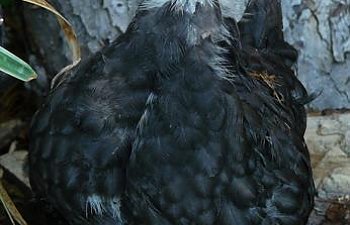 Smokey Stormy the Grey Silkie - After her near death experience, Stormy has become assertive and inquisitive.. although not much smarter for the experience. She was the last to figure out how to roost, but is always the first to start peeping for the rest to go back to the coop to sleep. 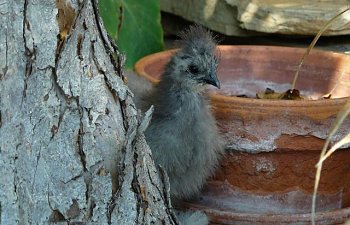 Tabitha the Silver Laced Wyandotte - The largest of the group, Tabitha is not inclined to stay at the back of the pack. She happily tramples her flockmates to reach the treats.

She had started to teach the others to roost on the offered bars in their coop. She also shows quite a dominant streak, possibly because she's bigger than anyone else. 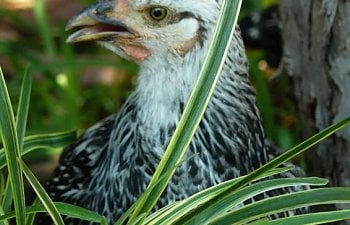 Anabelle the Silver Laced Wyandotte - Smaller (possibly younger) than Tabitha, Anabelle tends to be shier than the rest and a bit more flighty. 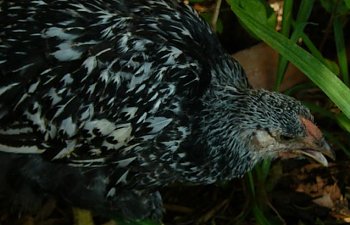 Kerowyn the Columbian Wyandotte - Kerowyn has a sweet disposition, but also a dominant streak. When she was introduced in the evening, Artemis tried to dominate her by pinning her to the ground and biting her neck. However, a few minutes later, Kerowyn realized that she was a bit bigger than Artemis. After a few more bloodless squabbles, Kerowyn seems to have established her dominance over the group. Artemis now defers to her. She also seems to have an independent streak in that she tends to wander away from the group. 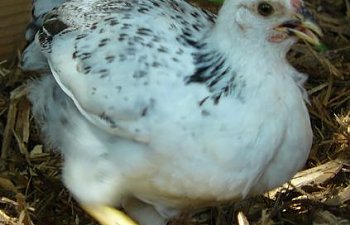 Ariel the Ameraucana - Possessed of a sweet nature, Ariel seems to love the attention of people. She enjoys perching on hands, arms, shoulders, and heads. She is rather quiet, rarely voicing any peeps. 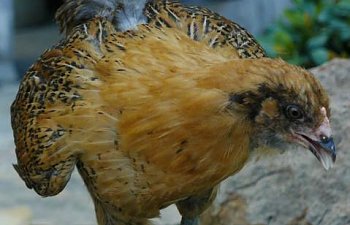 Ms. Frizzle the black mottled frizzled cochin - A sweeter chicken has never been born. Ms. Frizzle seems to enjoy being picked up and caressed. She delicately eats treats from our palms and has developed an addiction to dustbathing. 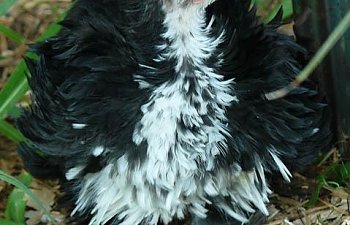