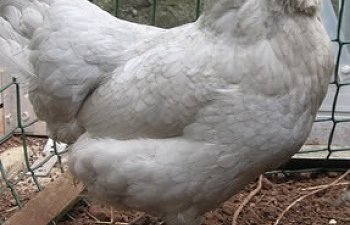 Lily
My bantam Araucana cross. She was sold to me as a full sized purebred Araucana, but I always thought that Araucanas laid coloured eggs, not white ones! When we bought her, she was extremely skittish, having been kept by an old man (who could barely cope) a mile away from any human activity. When she saw us, she was so frightened she would quite literally hit the roof. However, she is now one of the friendliest hens that I have ever had, probably due to the fact that she was young when we bought her. She's a good layer, very inquisitive, friendly and pretty to boot. 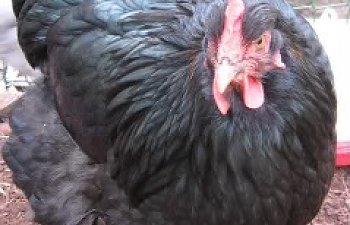 Molly
My standard black Orpington. Definitely a bit on the dim side, she always follows Lily rather than the other way round. However, she has a lovely beetle green sheen to her feathers.
Past Chickens 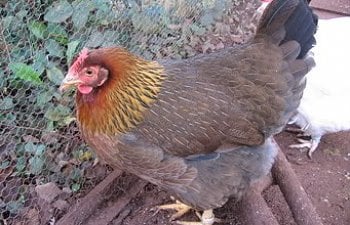 Hilda
A standard Welsummer, Hilda was a lovely, inquisitive, friendly chicken who was a brilliant layer and never caused me any trouble, apart from the time she beat up Midge. Unfortunately, she was taken by the fox in Summer 06. 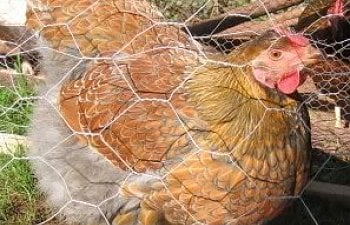 Midge
A standard blue laced red Wyandotte, we only had her about three months before the fox took her at the same time as Hilda. During those times she was a great layer, but we didn't have much time to get to know her 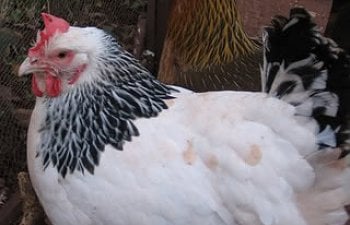 Matilda
A standard Light Sussex, Matilda was one of the first hens I bought back in Spring 04. She was always relatively friendly and happy. Unfortunately she died of egg peritonitis (having survived the fox attack with only a few missing feathers!) in Autumn 06, despite having had a trip to the vet and two courses of antibiotics - there was nothing more we could do for her.


Satan
Satan was Matilda's sister, and also a Light Sussex. Unfortunately, she went downhill extremely quickly and then died of unknown causes in 2005.
​