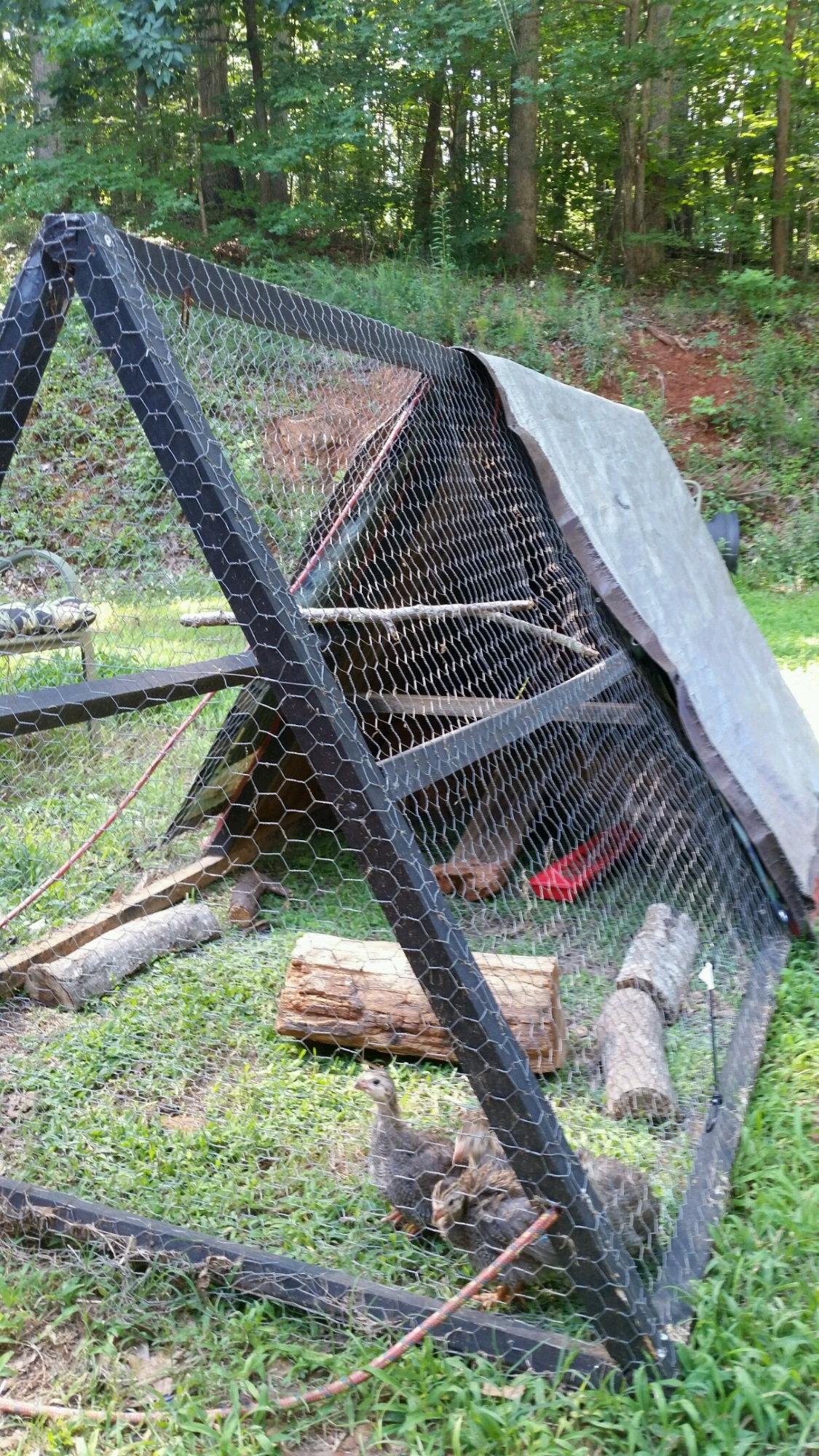 Our guineas started out in this chicken tractor. 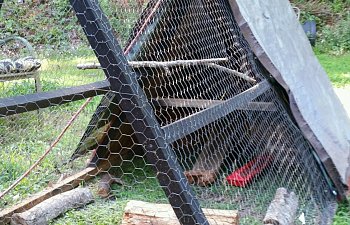 But one night a possum ripped a hole in the side and killed all but one of my babies. That lone survivor stayed in the house for a week with hubby until I came back from a trip down south... with three new guineas in tow. This is her wanting to come in the house after we let her free range a bit. 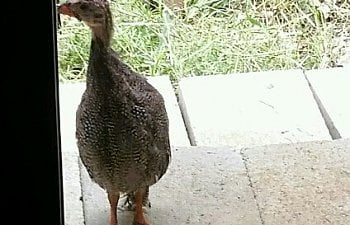 While I was gone, hubby fortified the tractor with a double fence and hot wire. It eventually evolved into this mess because the guineas were too stupid to get out of the rain and go inside the coop, so a friend and I covered the coop with plastic. Little did I realize, at the time, how much they LIKED rain!! 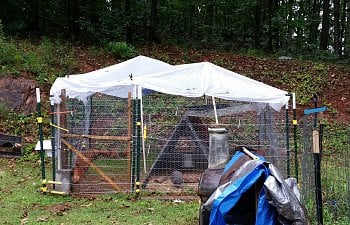 Eventually, they started to outgrow this set-up which was only supposed to be temporary anyway. A friend of ours, who has a junk removal business, had picked up some industrial crates used for shipping machinery. There were 4'x 4'x 8'. He asked if we wanted them, so of course, who wouldn't want free wooden shipping crates!!

We stood two up on end with the open ends facing eachother, and then secured them at the top and bottom with 2x6's. We left an eight foot span in the middle that we covered with hardware cloth. I sealed it with weatherproofing sealer and we put a fiberglass roof on it. This is the result. 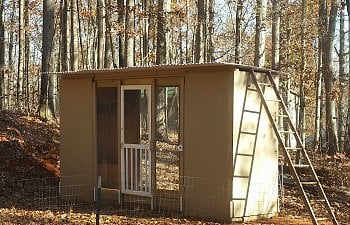 The first time it rained, they freaked out! They made such a rukus I thought something was after them. Nope. They just wanted to play in the rain!!!!

Back to the drawing board. This is what we came up with. 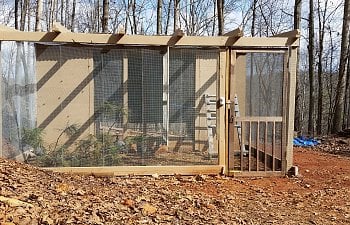 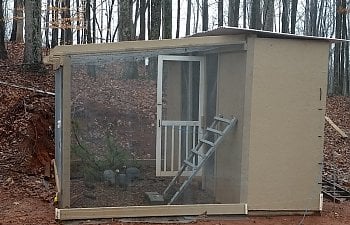 We close them in at night, and during the day they run around in their secure "play ground." During the winter, I hang a tarp over the back side of the coop to shelter them a little more. And so far, they seem pretty happy with it.

The original plan was to let them free range, but I underestimated the number of predators we have around here. After losing the first three at 7 weeks old, I became much more protective. The day hubby got the hot wire around the original tractor, a hawk tried to get to our guineas. It was zapped four times and kept coming back at them!!! It wasn't until we came out of the house that it flew away. We have put up motion sensors to alert us - as if the guineas don't make enough noise!!! We had an owl land on one of the t-posts around the original coop. We have LOTS of barred owls around here!! We also have raccoons and fox. Our neighbor down the road lost 40 hens in one nigh... and on more than one occasion!!! So, my original idea to get guineas to keep the flea and tick population down, didn't work out so well. Instead, we ended up building them a fortress to keep them alive.

I've grown quite attached to them though and now they've become pets. My babies... 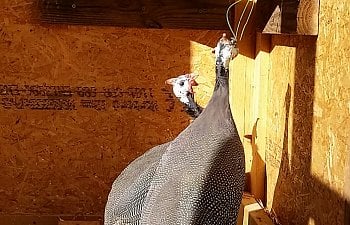 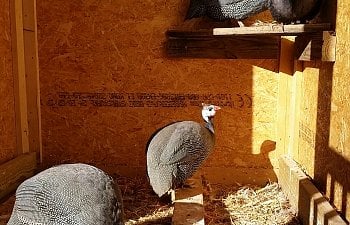 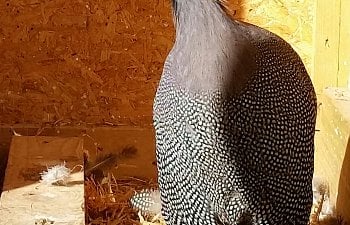