Article Gallery
Leave a rating
I wanted some chickens so I built a coop. Then I built another, and another and another...So far there are five, and I only need one more...yeah right! 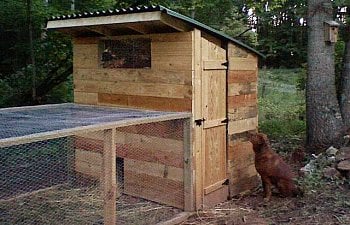 Looks a little like an outhouse doesn't it? Since this picture was taken I have added some trim, a chicken sign and a flower box to
dress it up.

Coop 3 is a playhouse coop: 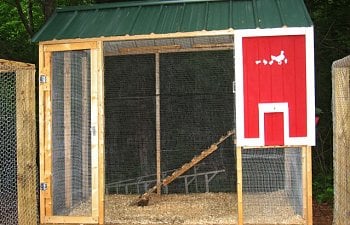 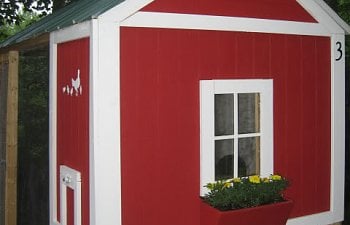 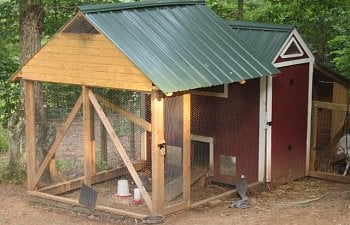 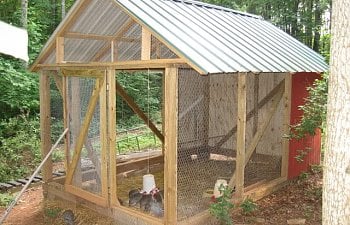 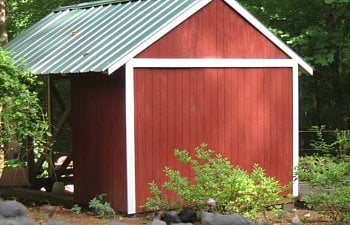 Coop 5 is primarily a Guinea coop.

Well, after saying "no more coops" I built another. My last. I liked it so much I retrofitted the first two coops with full height roofed runs.
This coop is for buff Silkies.The design and overall footprint is the same as coop 1 at the top of the page, but the taller run makes it feel much more spacious.
Coop 6. 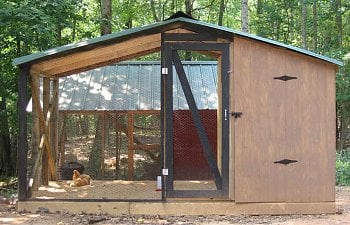