Raising A Lone Baby Chick; The Hardships And The Rewards

Article Reviews (2) Gallery
Leave a rating
Warning! Please Retain From Reading This Article If You Are Allergic To Chicken Maths.
Warning! May Contain Chicken Maths.

Most people have dealt with the struggle of having one baby chick... not two... not three... just that single, lonely, one. All alone.

For me, March 2021 was the month for single chicks. We had two single babies at once. One was a chick little cross-breed that the broodies had hatched in February, and the other one was an Old English Game Bantam that was kindly donated to us. The broody hens refused to take Flash

- the Old English Game- so Flash had to live the first month of her life alone...

One steamy February morning I trotted out to the chicken pen to find a small, cute, grey, baby chick chirping from under Simba, Princess, and Newy. I was overjoyed! We hadn't had chicks for months! We named the little cutie Lilliane Brady. After our mayor that had just passed away. 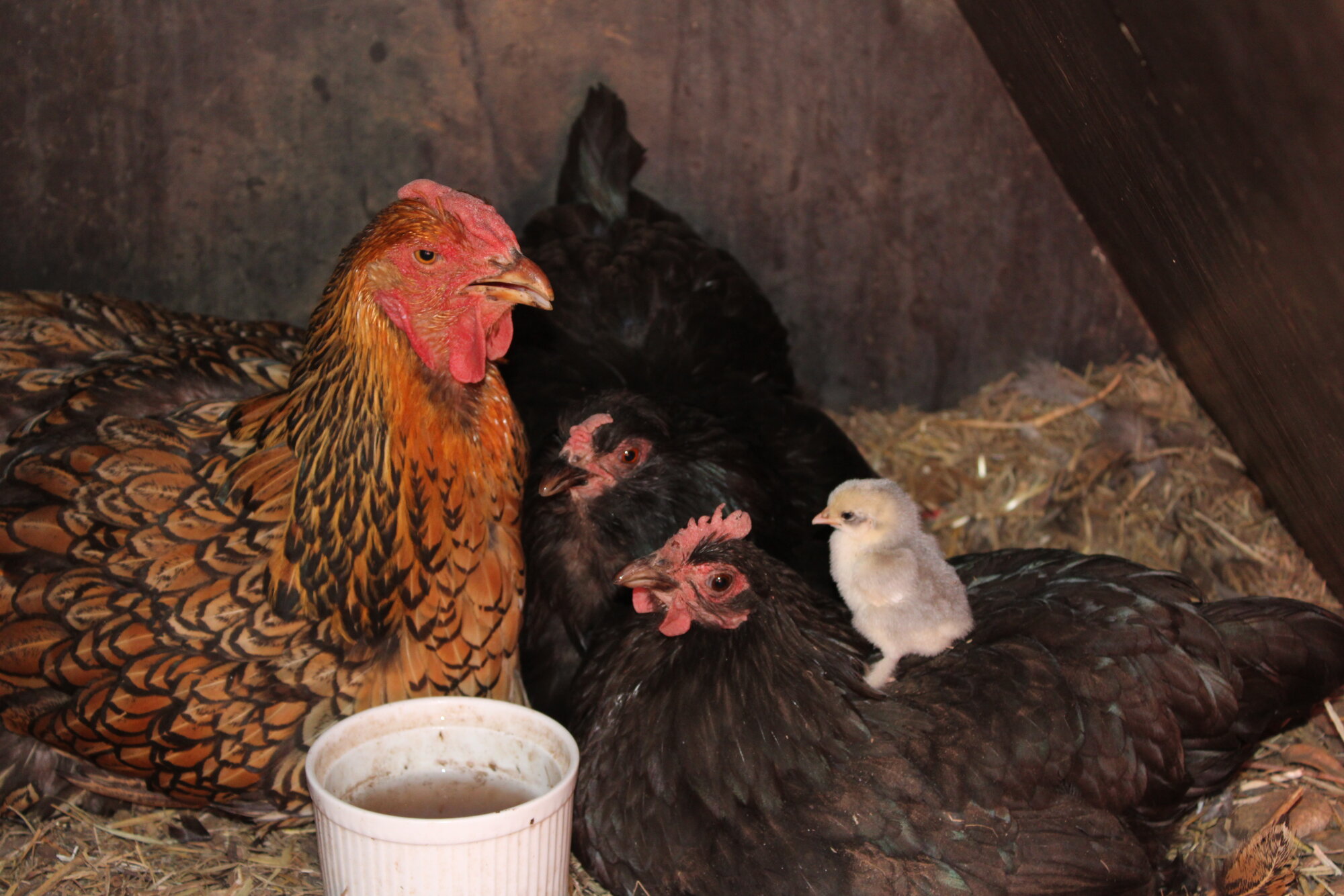 The next day to more gorgeous chicks hatched! 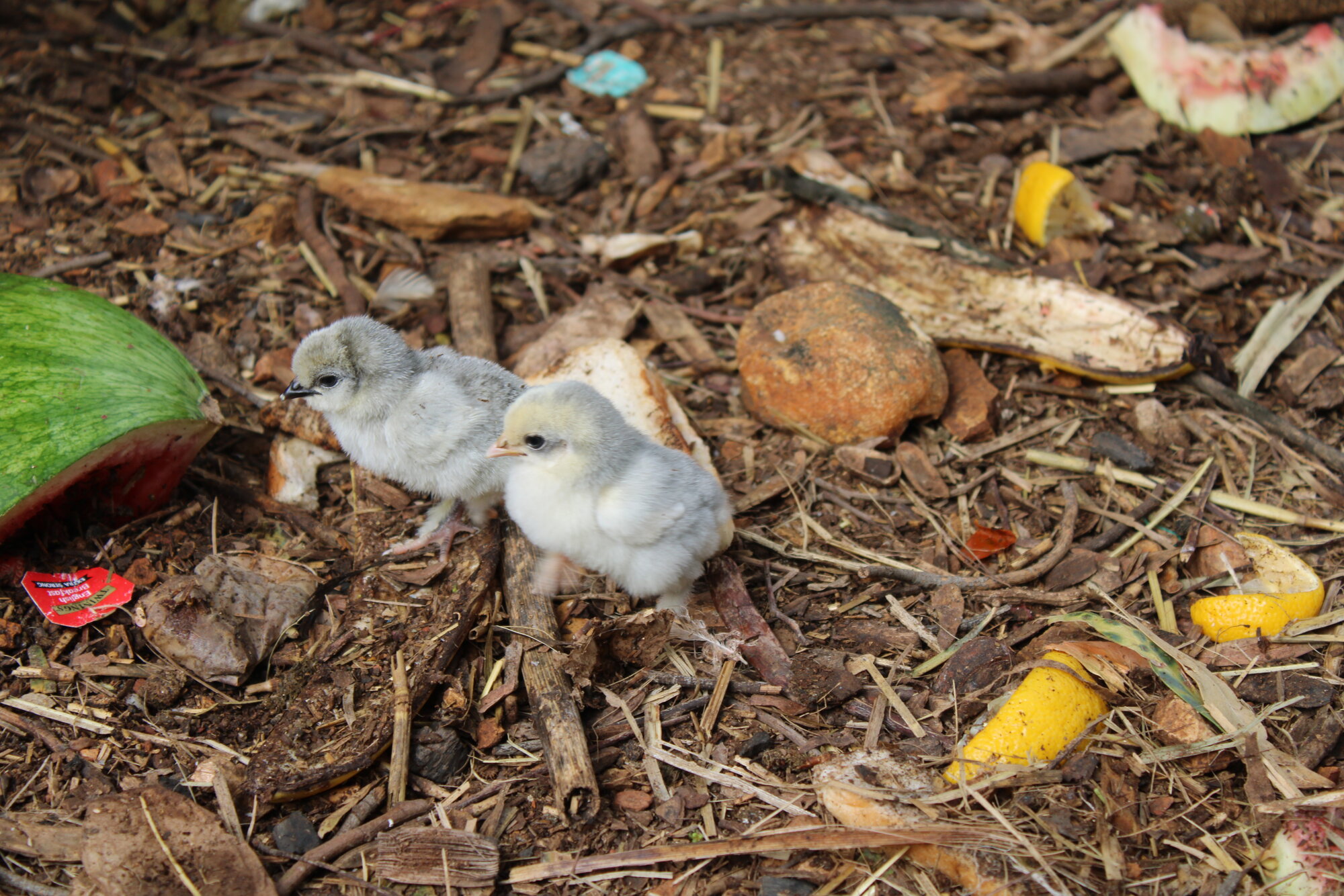 
The same day, our other broodies (Yes, there were 5 of them broody) hatched a chick! Luna 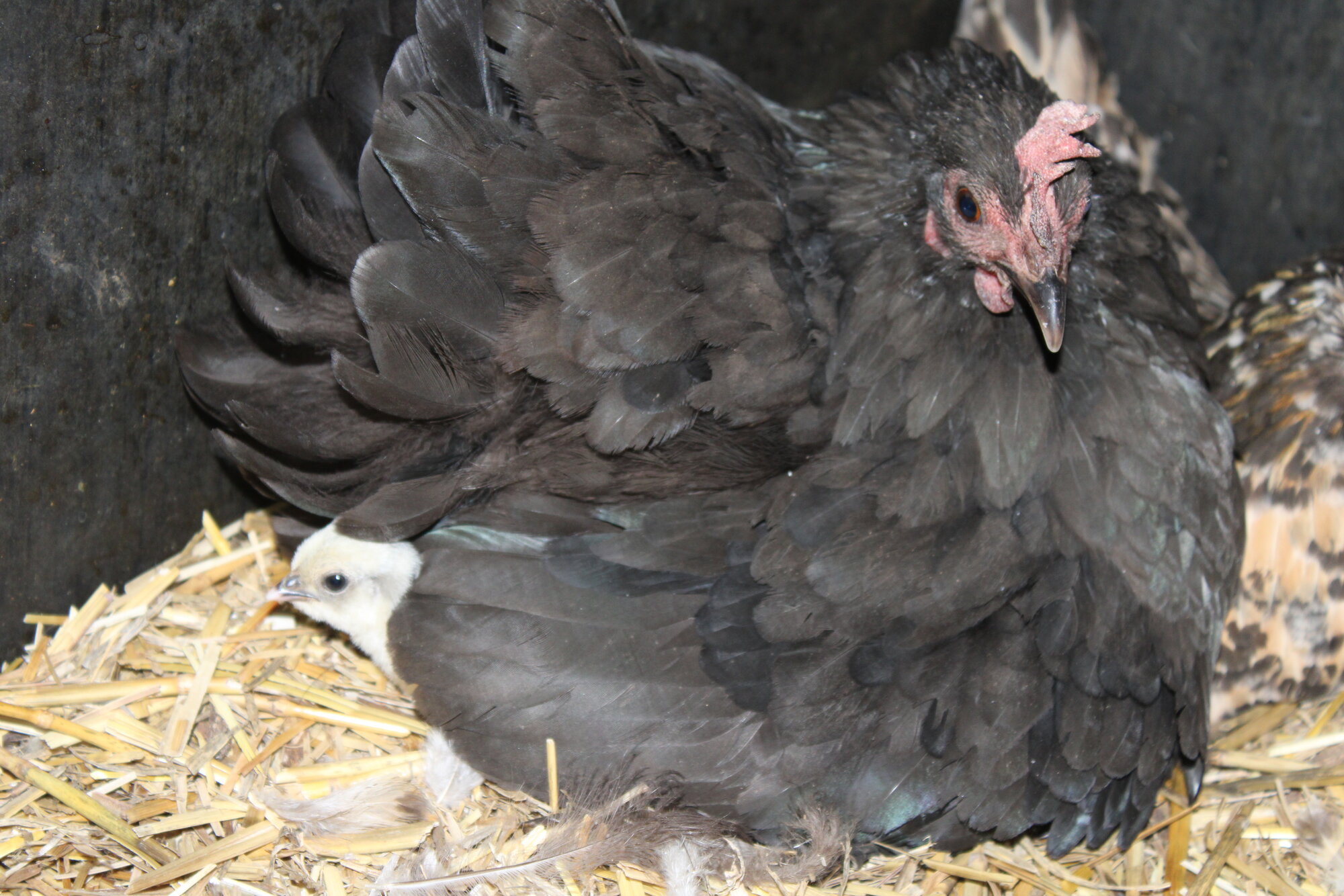 Left to right: Luna, Jenkins, and the backside of Dust Storm


Jenkins and Dust Storm soon gave up on being broody, they had hatched a chick, that was all that mattered.... wasn't it?
They got off the nest with Luna and forgot about the eggs. The next day.... a little chick hatched. 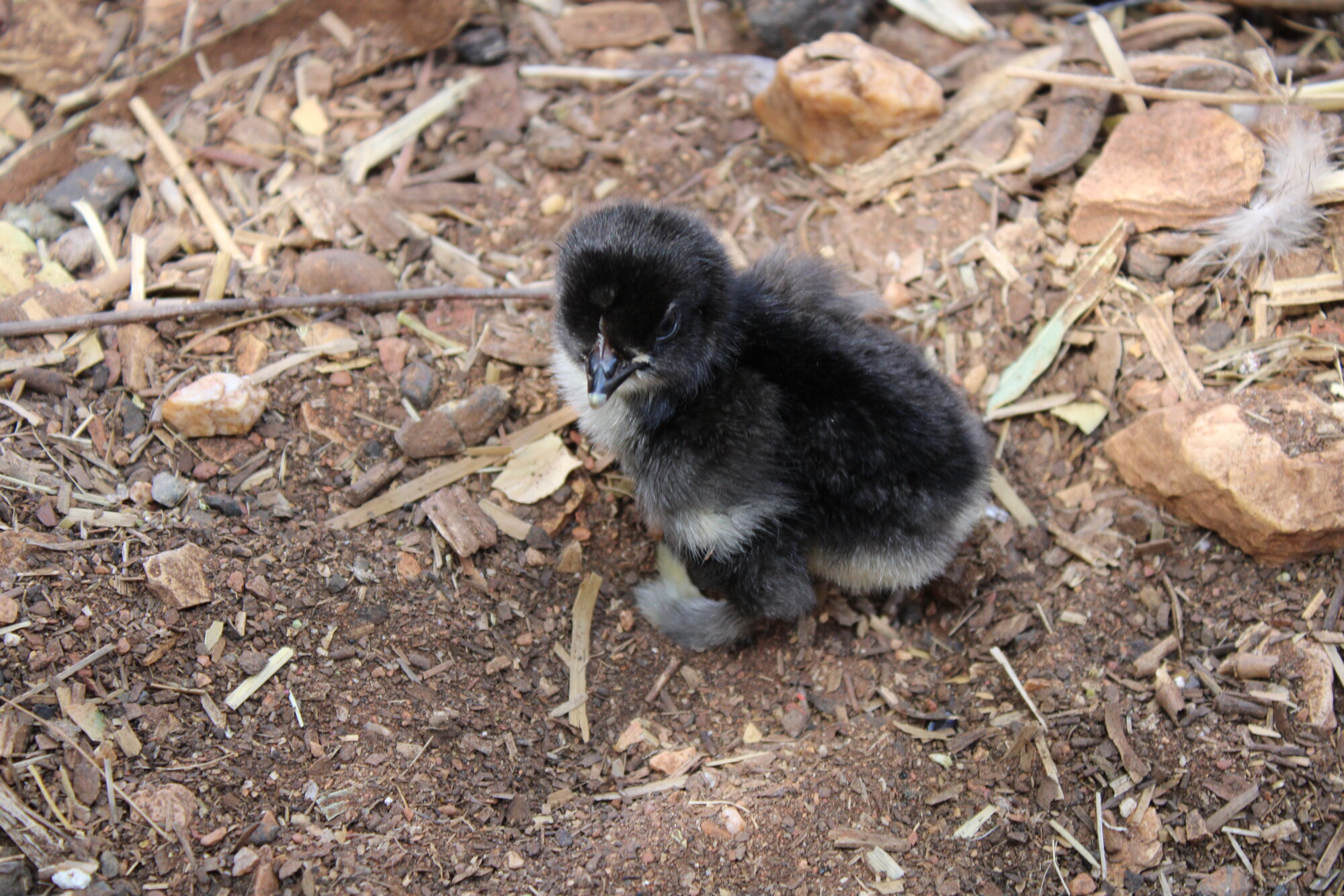 His name was Phantom. Short for The Phantom Of The Opera. Jenkins and Dust Storm refused to look after Phantom. The poor thing was crying and lonely and sickly looking.
I took Phantom inside and just started to look after him there. It was hard work, I had lots of other things that I had to do as well as look after sickly little chick.
The solution:
Get more chickens!

So this really nice..... chicken..... guy came and gave me 2 little fluff balls. They were named Flash 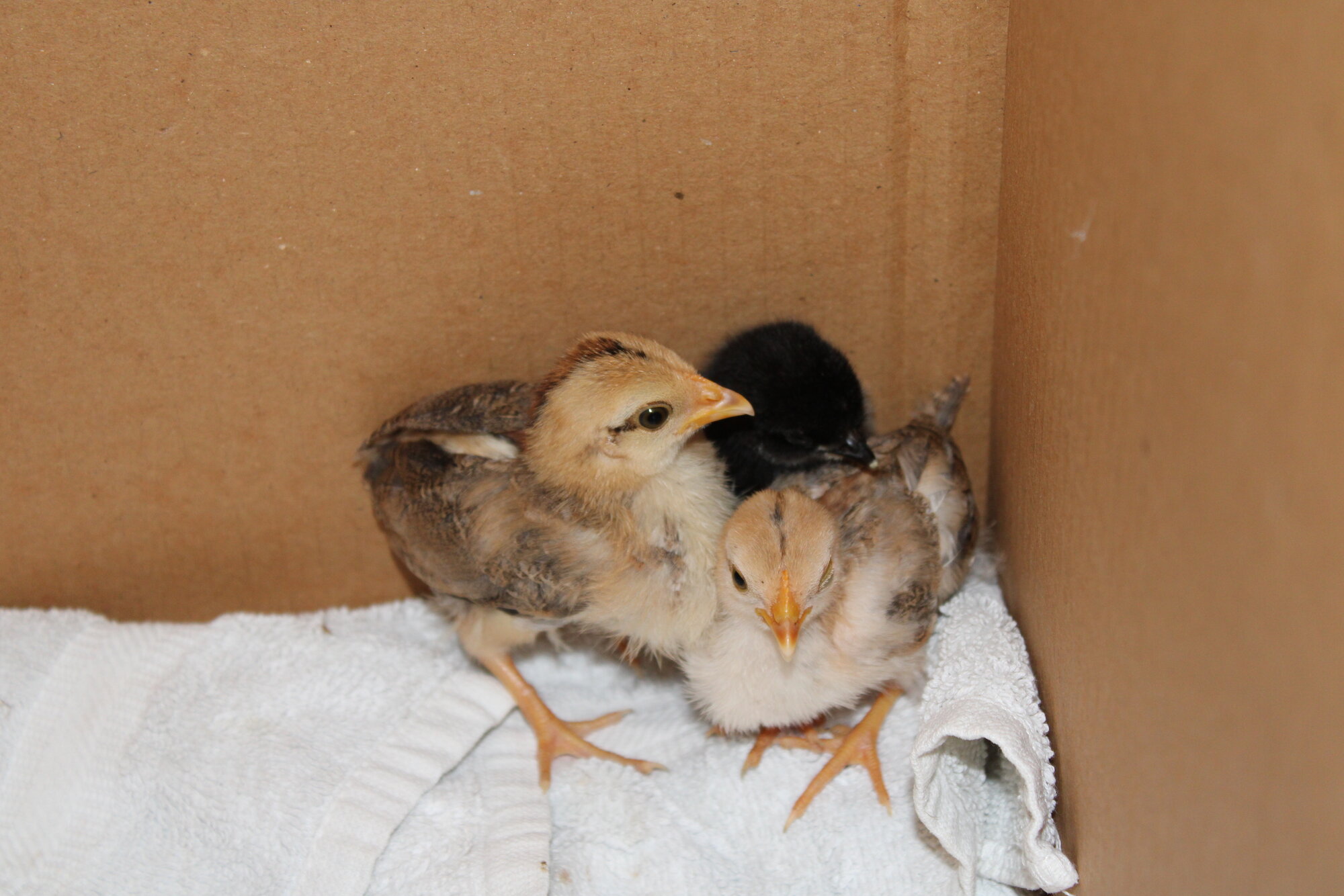 
The Truth And Tragedy

Yay! At this point in time, everything was running smoothly. That was, until.... until.... Luna went missing. She was just gone. Disappeared off the face of the earth. 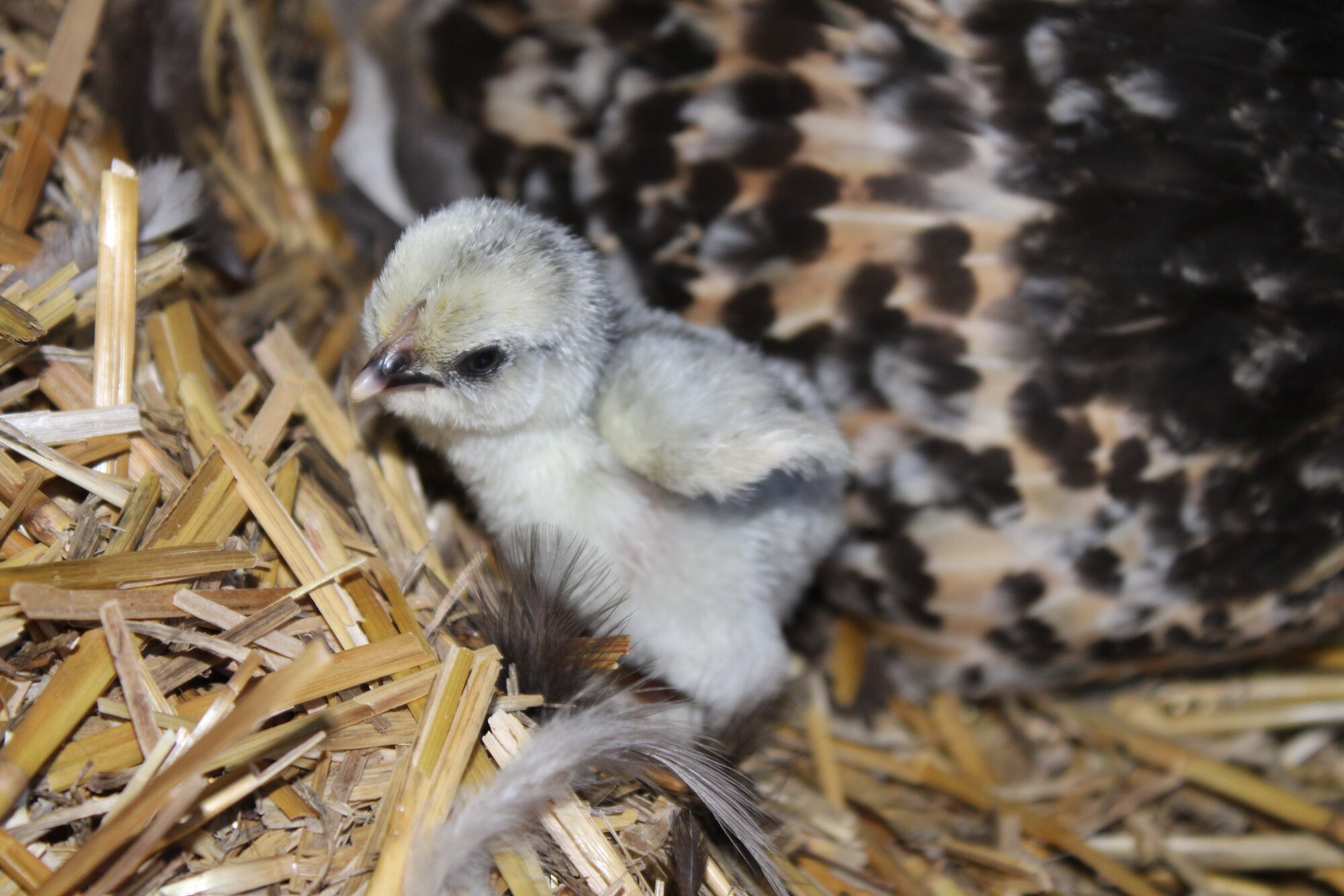 It all went downhill from there. Dr. Brady was found dead one morning. And Phantom just kept getting worse.
Phantom passed away soon after.

Flash and Frisby still had each other, and Lilliane had the broodies.
But if you look in the photo of Flash and Frisby, you'll see Frisby with one eye closed.

I don't need to tell you what happened then.

I had no idea what to do, I was really busy, it wasn't school holidays and I had things that I had to do nearly every day. Flash was all alone.


How Do You Get A Lone Chick Some Freedom?


I started off letting Flash out for a quick run in the mornings, then I would lock him up for the day. Any spare time I had was spent with him. His 'pen' was a upside-down porta cot and it wasn't the safest thing in the world.

I went out one day, at about lunch time, and this hawk was sitting on the ground next to the cot, tearing with at the cot it's beak. 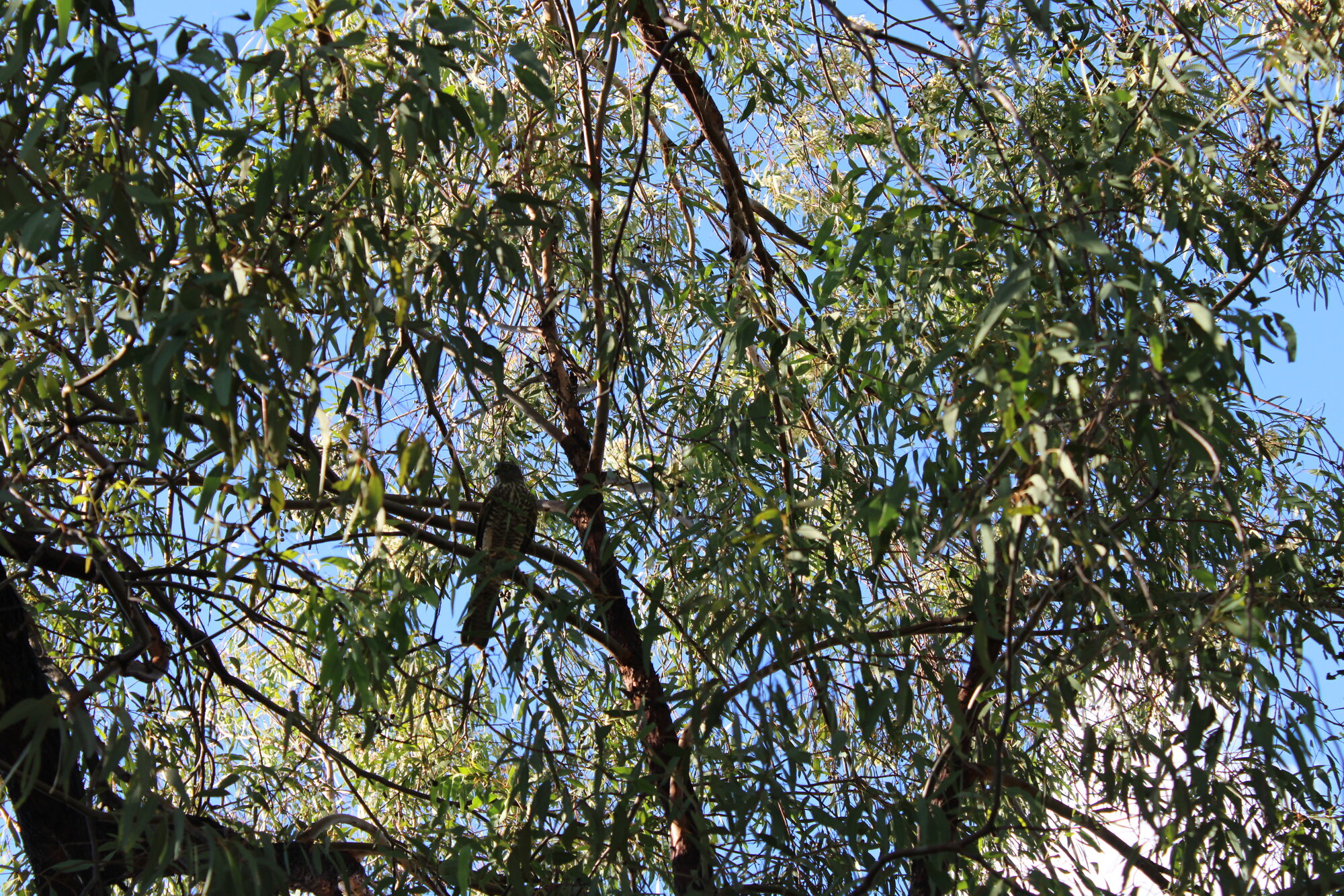 I scared it away, then gave Flash lots of cuddles. Man, Flash was lucky. If the hawk hadn't killed him... the stress could have.
Soon after the hawk attack, Flash nearly died again. This time is was a magpie. Even though it tried to kill Flash, it was still gorgeous. 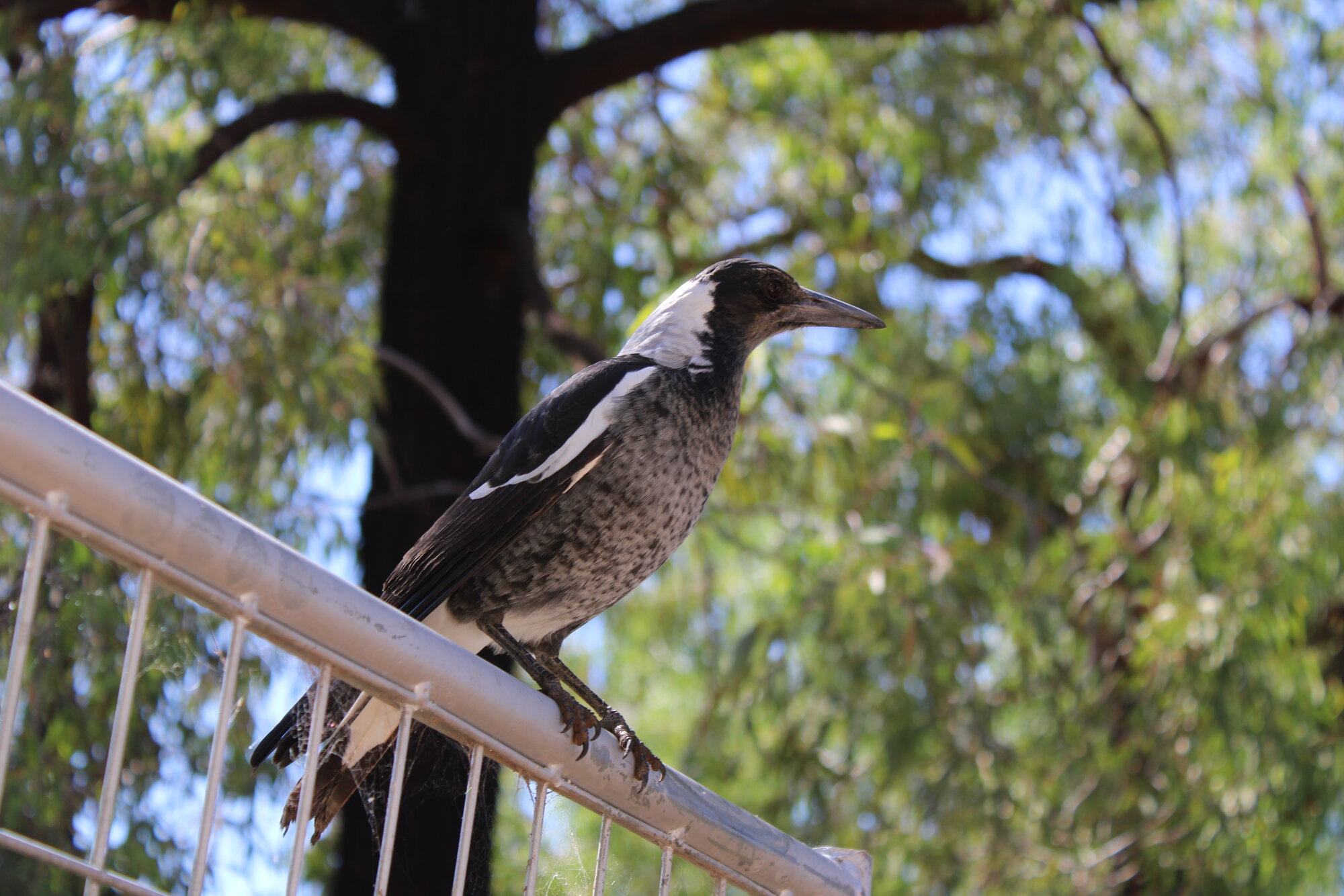 All this had happened in less then ten days.
Then Mum got a goat. I said it was a bad idea, not knowing how wrong I was.....
I started to let Flash free range out the front. He was happier, still a little lonely, but happier. Yes, I know so many things could have happened to him.
Next thing I know we have the goat in our front yard. He was meant to be living out the back! And then, Mum decides that the goat needs friends, and yes, she got a lamb. I was worried, what would the lamb and goat do to Flash? One morning after I'd let Flash out, I came back out to find this: 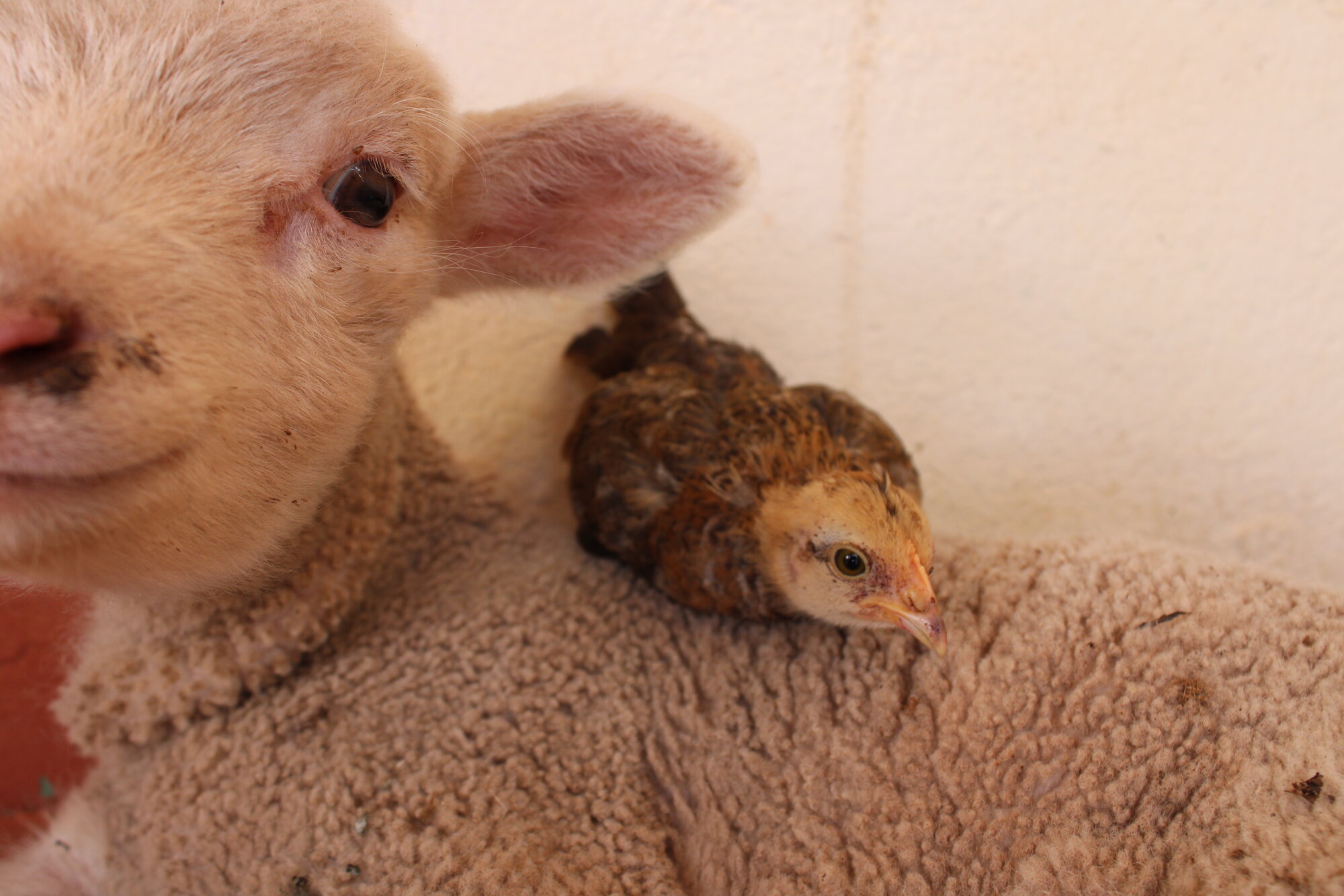 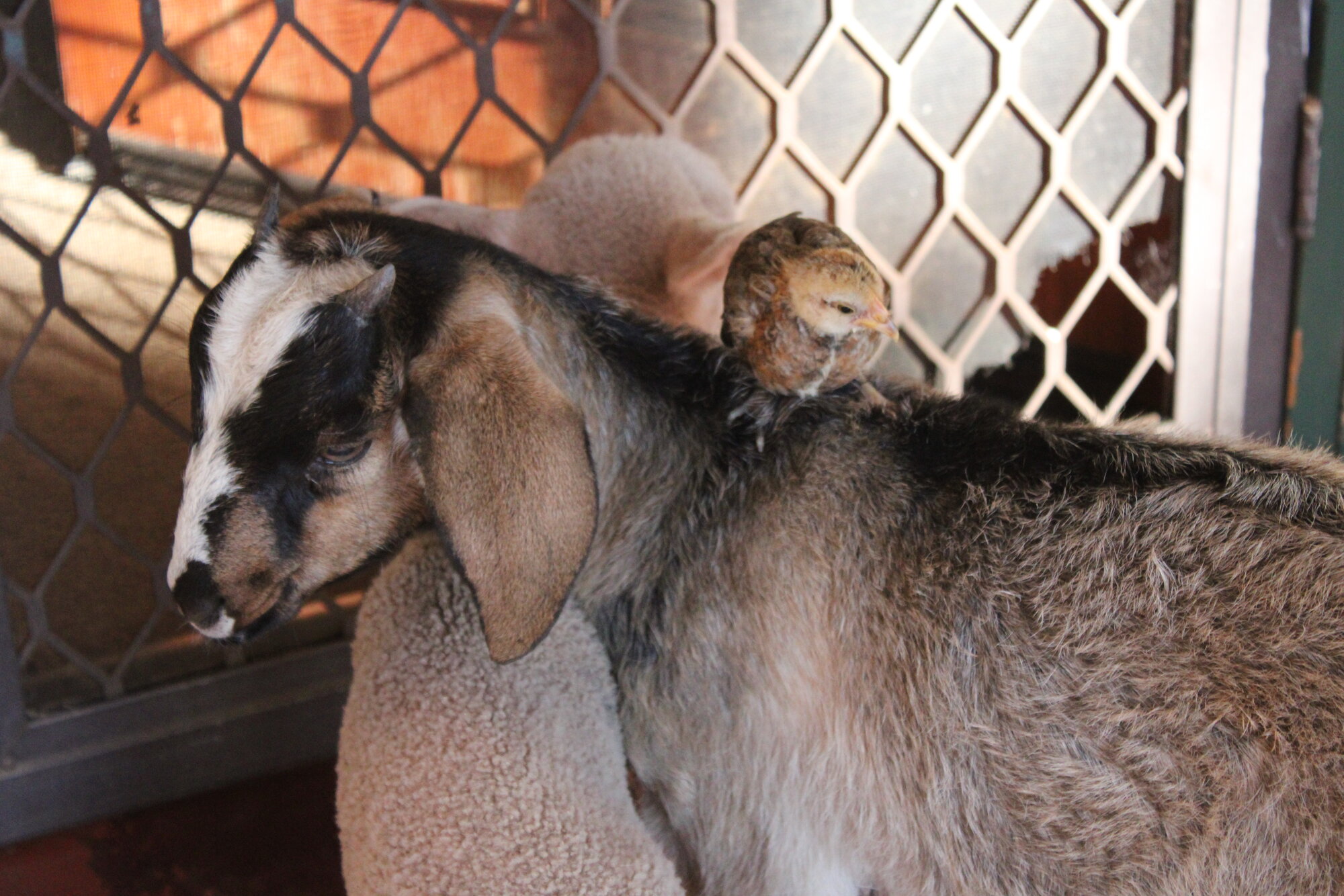 Flash loved them. He sat one their backs for hours on end. But... it didn't last. Cricket -goat- and Sassy- sheep- were too rough with humans, and we didn't have enough room to keep them. We gave them to a family with lots of land, they had also brought 2 of our hens the year before. (Sassy is full grown now! And Cricket had big horns!)
Flash was lonely again, but it was the school holidays! I had lots of time to spend with him!
He made more friends over the weeks. He made friends with our joey- Cindy Loo Who- and got in the pouch with her... I thought Flash was going to get squashed, he didn't, thank god. 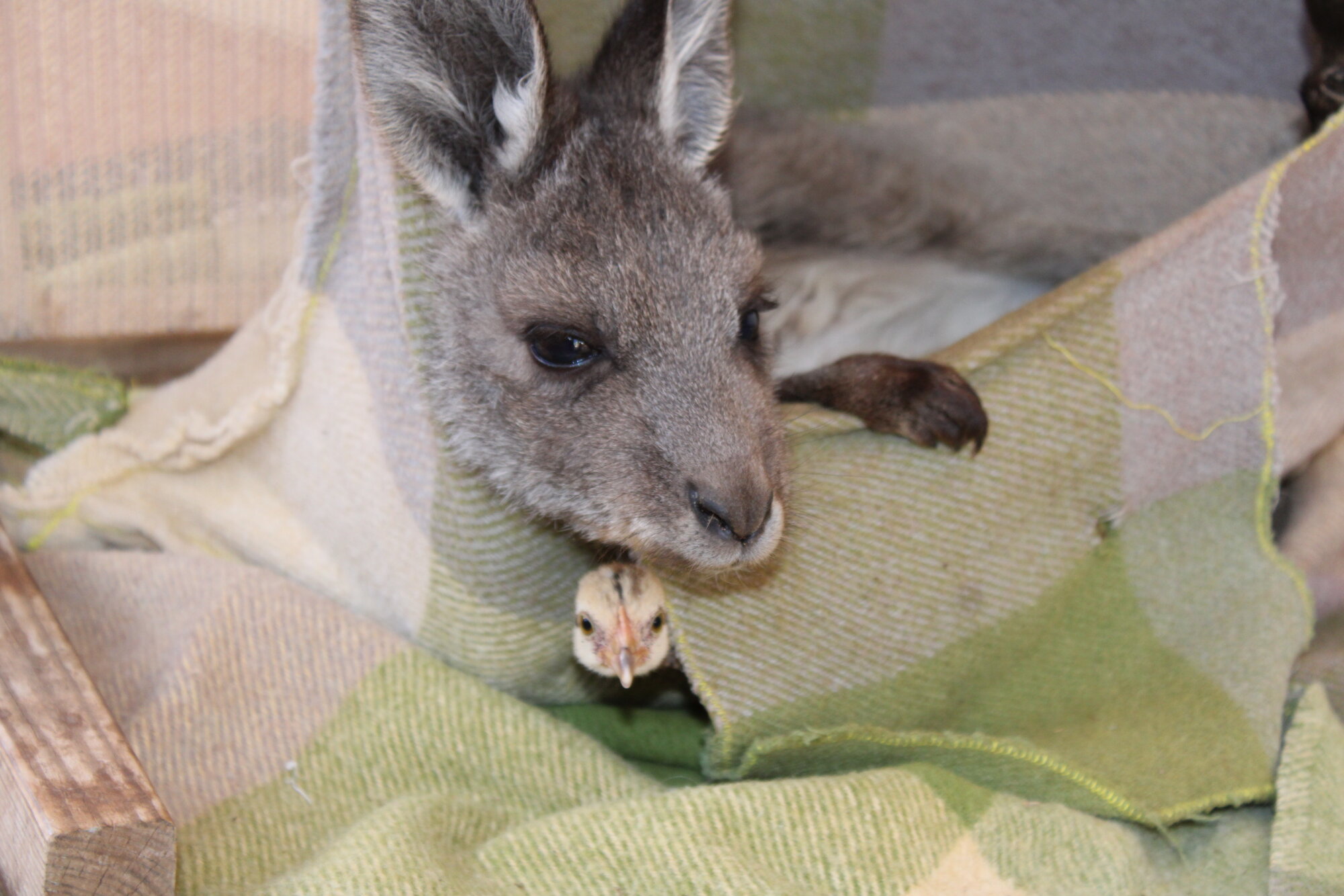 Ta da! Flash was allowed to wander our yard, with Cindy. I let him do this because I though Cindy would scare off any bird that might try to eat Flash. I was right.


But Nothing Can Last Forever...

One night there was a big storm... wind.... rain... thunder.... lightning. That storm... was Cindy's downfall. It blew the gate open.... And stray dogs came in through the open gate.... C-Cindy Loo Who was killed, murdered. Flash.... the poor critter.

I woke up the next morning and Mum told me what had happened. I was shocked. Flash! I thought. I quickly ran to the front door... THANK GOD... Flash was fine... apart from all his friends being gone. There were no more animals we could get. It was time for Flash to go into the big chicken pen.... He fit in perfectly, thank goodness. There was not too much fighting, only the minimum, pecking order and such things.
But there was still more surprises in store....

I don't pay attention to what sex the chicks are. I love them whatever they are. So I got a shock when I found her sitting in the nest box. She was a pullet!!! I was overjoyed!

Flash loves our rooster, she just adores him, she will only leave his side when she is escaping from the pen.

She is super friendly, she will jump over the chicken pen fence to greet me.


To raise a baby on her/his own you need time and other animals, I've found that teddy bears work well. It is hard and time consuming. But the rewards are great, the chicken will forever love you and you will love the chicken back...
You will get a WONDERFUL chicken and a friend for as long as it lives.
What else could you need?

Here is a link to a thread about raising a lone chick: https://www.backyardchickens.com/threads/can-i-raise-one-baby-chick.1397313/#post-22931144
Reactions: the_peanut_coop and All4Eggz
About author

Flash
Thanks for reading my article!!

If you liked it leave a review!
If you think it is good check out my other articles!

I'm a homeschooled teenager who lives in The Middle Of Nowhere!
I enjoy reading, chickens, photography and maths!

Beautiful story. Have you considered becoming a professional photographer? I'm sorry about all the things that happened to your animals. Have a great day!

-Flash-
Thanks! And yeah, I have.... it's hard considering all this COVID junk.
Nice story about raising a lonely hatched chick
The link is helpful at the bottom of the page
Reactions: -Flash-

Hi! I have a lone chick too and was wondering how you integrated little Flash into the flock.

PippinTheChicken said:
Hi! I have a lone chick too and was wondering how you integrated little Flash into the flock.
Click to expand...

I just popped her in! I sat out there for a bit, and she immediately took to the rooster (She never leaves his side) There was a bit of pecking order pecks but that was it. Maybe I just got lucky?

-Flash- said:
I just popped her in! I sat out there for a bit, and she immediately took to the rooster (She never leaves his side) There was a bit of pecking order pecks but that was it. Maybe I just got lucky?
Click to expand...

How big was she?

PippinTheChicken said:
How big was she?
Click to expand...

I think she was 3 months. But she would have been tiny.