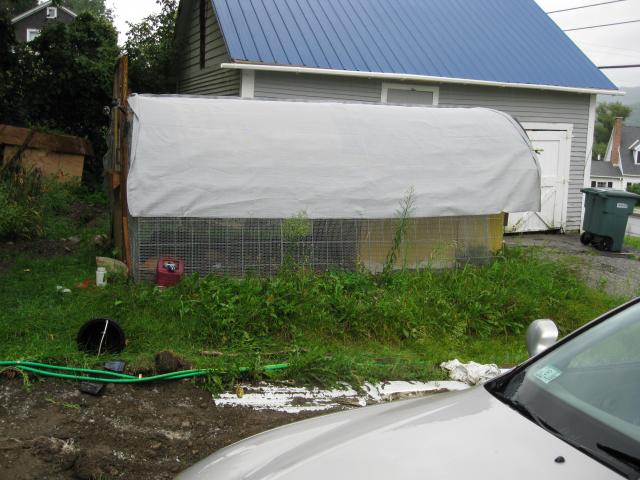 This is the best photo of the roof. It is under the shade cloth. next box from the inside Nice hoop coop. Some more pictures would be good, and some formatting of the text to break it up a little bit.
Pretty nice hoop coop, but all that chicken wire should be replaced with hardware cloth
Nice! Some pictures in the text of the build details would make the article better
Read more…

Mornin. Im am looking around for ideas for a coop/dome like this to get us through our deep snowy 5 month winter here in Colorado. I envision using strawbales for insulation. i see you are in Vermont? How is your coop holding up?