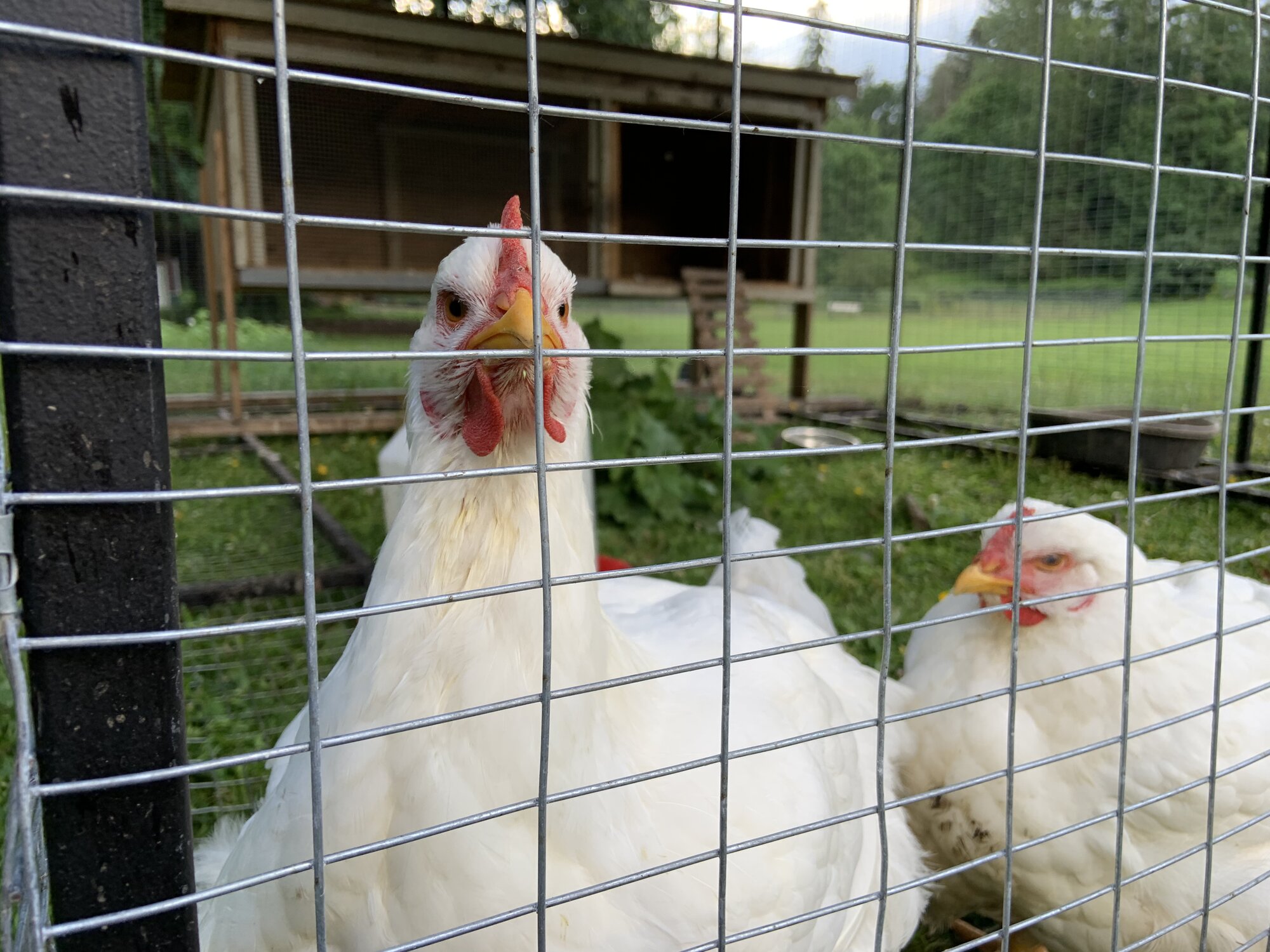 This is only one of my coops, but it is the one I am most proud of. Our other coop is a work in progress as we've had it for many years, and it needs some TLC. This one we made recently for our new all bantam flock, and I'm very excited to give you a virtual tour!

I sadly didn't take many photos of the build, as I wasn't thinking about a coop article at the time, but I can still show the final product.
We thought of the design because I knew I wanted to try something mobile. With our wet climate, the stationary coop doesn't work well because the area we put it on holds water for some reason, so I knew that a mobile tractor would be a game changer.
The first thing we constructed was the base of the coop. Since its all welded, we started by welding the 8x12 square together, then attaching a smaller square to the inside. The second square acts as a skirt so the predators have to dig further straight to get into the coop, but I'm now wishing we put the skirt on the outside. Anyway, it still works great. 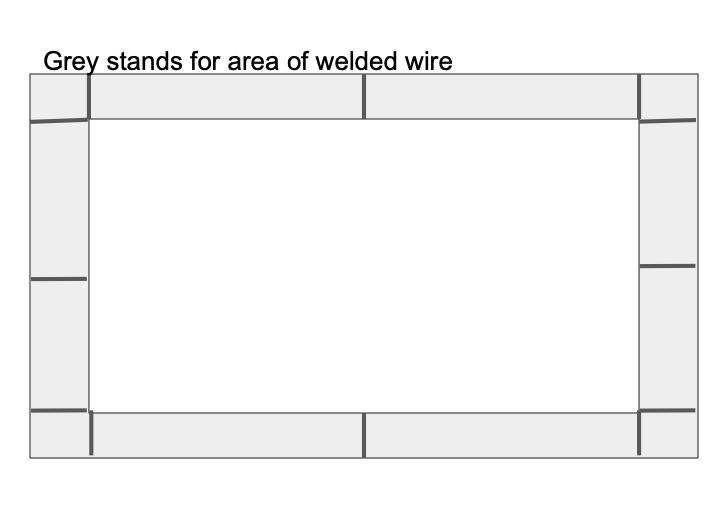 This is what we welded first, then we welded on poles to the sides and corners of the base that would hold up the wire and roof in the end. Lastly, we welded a second square the same size as the outside square, (8x12) and placed that on top. Then we welded the roof to the poles and finally had our frame, it looked something like this- 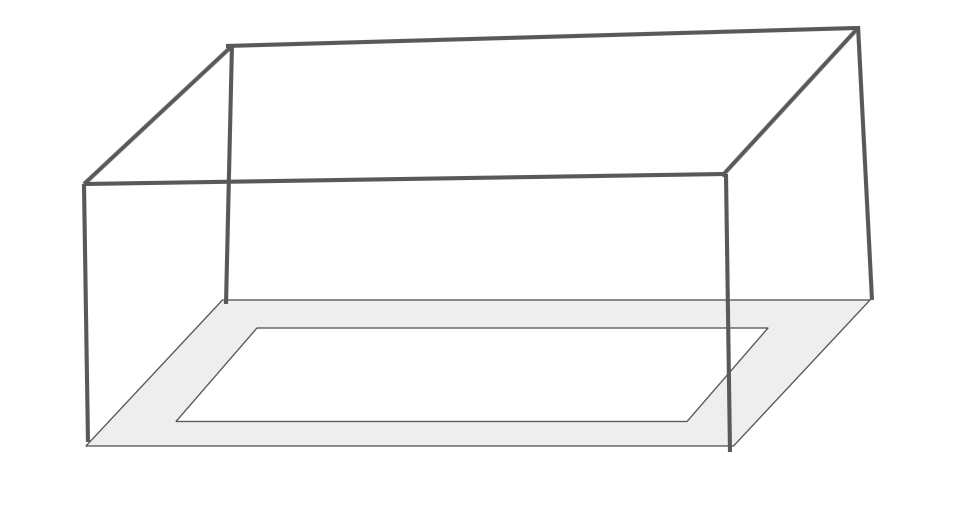 Then, we attached welded wire to all the sides, and covered the top in roofing. The wheels were added after that, and I'll explain how they work in a below section. The tractor its self is finished, but still has a few finishing touches. 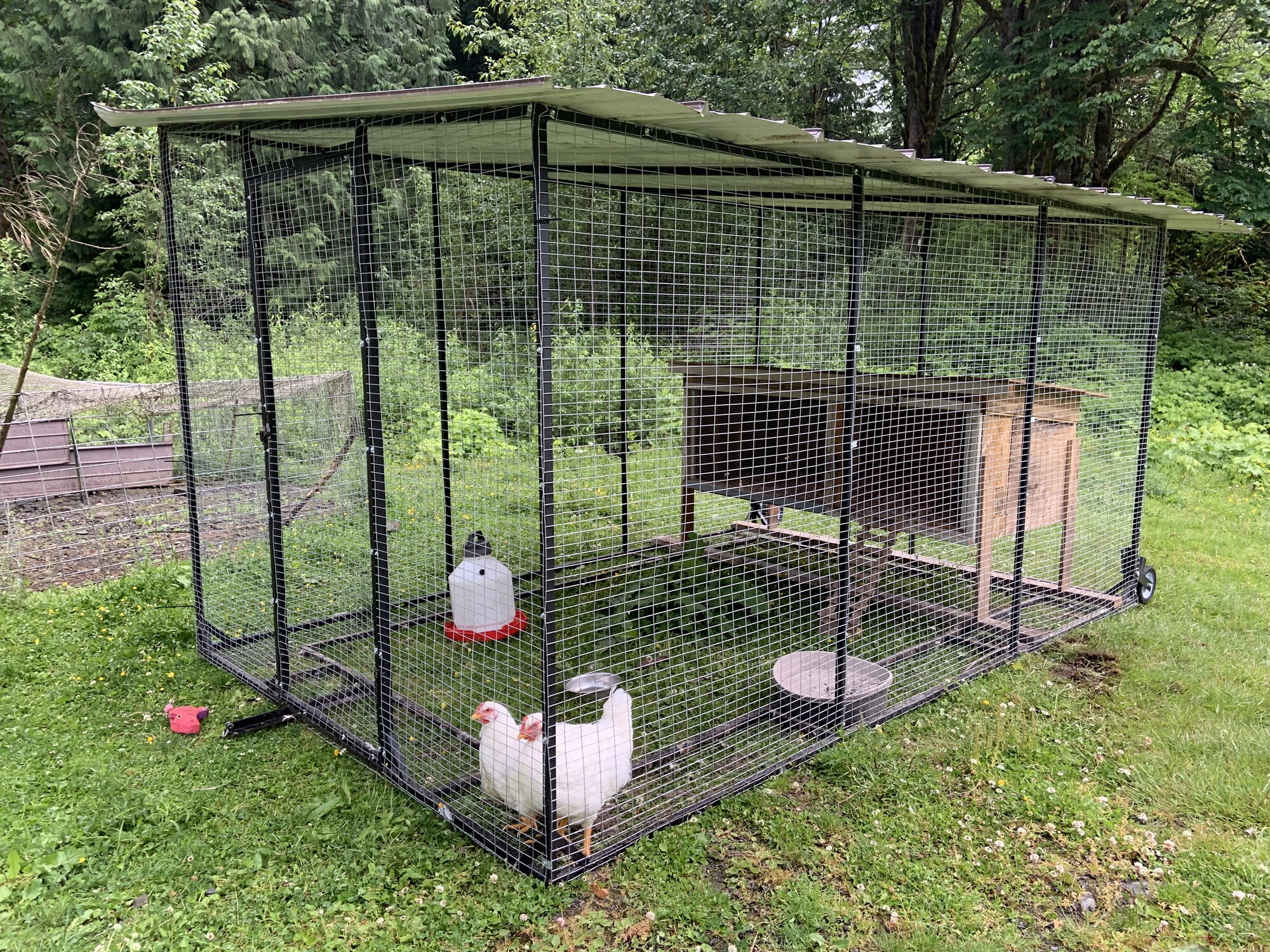 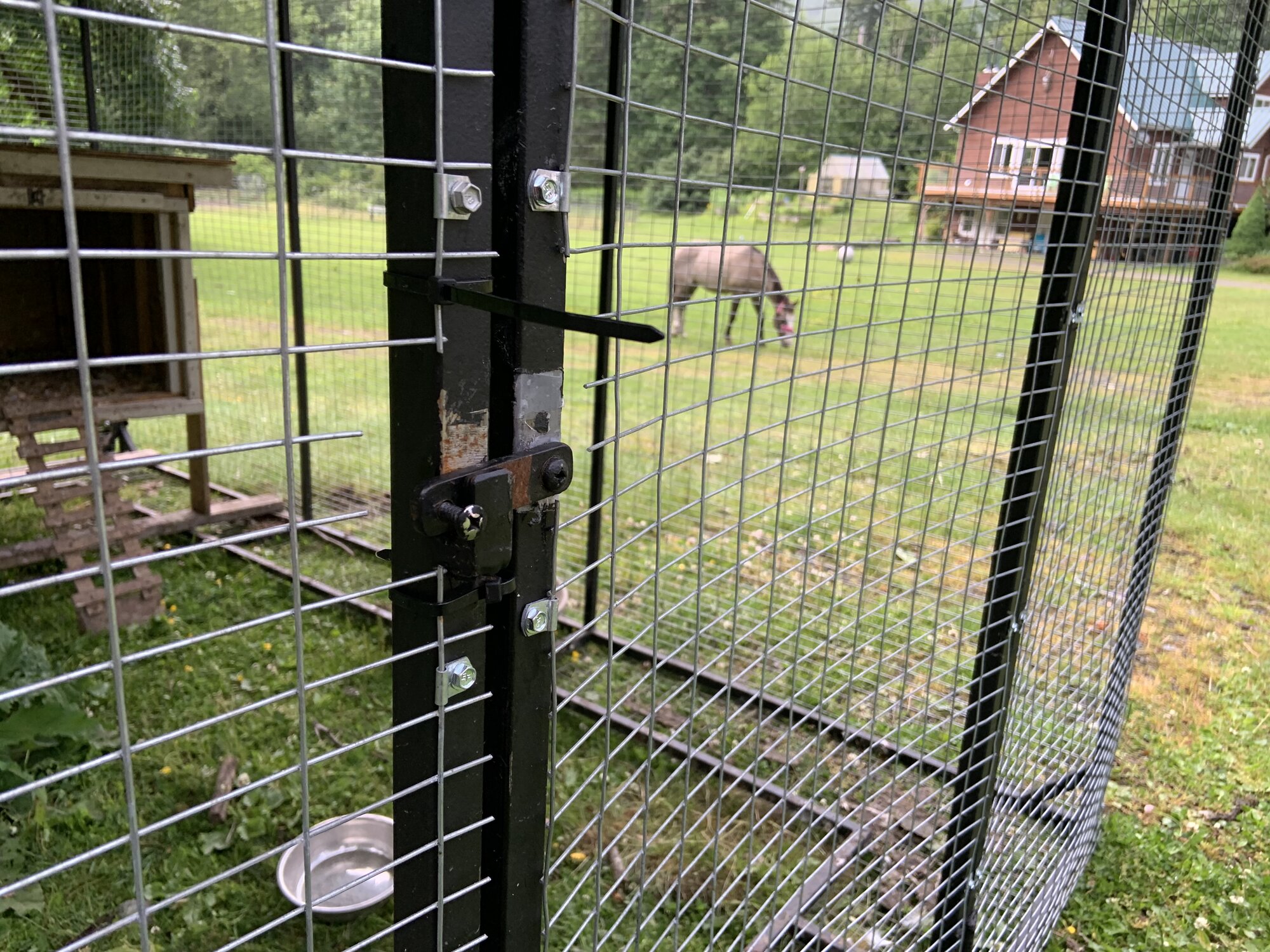 The tractor is a welded square tubing frame with 1x2 welded wire attached around it. The door latch is homemade and takes some strength to pull open, making it raccoon proof. The coop had to be able to withstand a wide range of predators, consisting of- Coyotes, Racoons, Birds of prey, Cougars, Bears, Weasels, Dogs, our own cats, and Bobcats. As long as the door is shut, the tractor would be completely predator proof, so it requires no locking up at night, which is a plus! ;0) 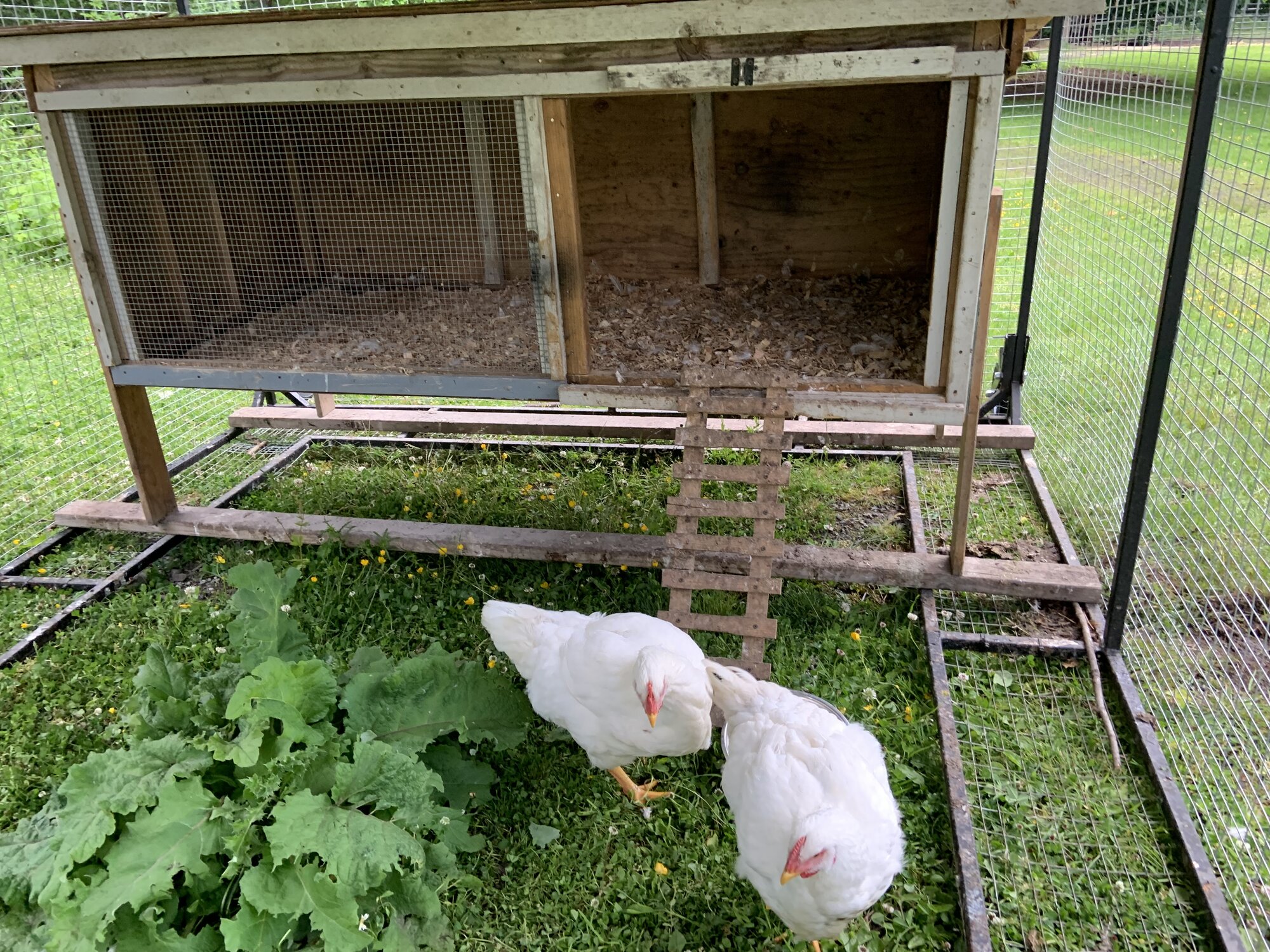 The coop inside the tractor is something we bought off of Craigslist. It took some work, cleaning out, and I still plan on adding a layer of paint to it, but for now it'll have to do. Its a great coop that provides shade underneath were I usually put the dust bath, and is well ventilated for the summer months. I plan to add some outside perches that will attach to the wire and be at all levels for the future bantams, and I'll update photos once I get the final touches installed. For now, Doodle and Smudge just perch on the low 2x4's we use to hold up the coop lol! 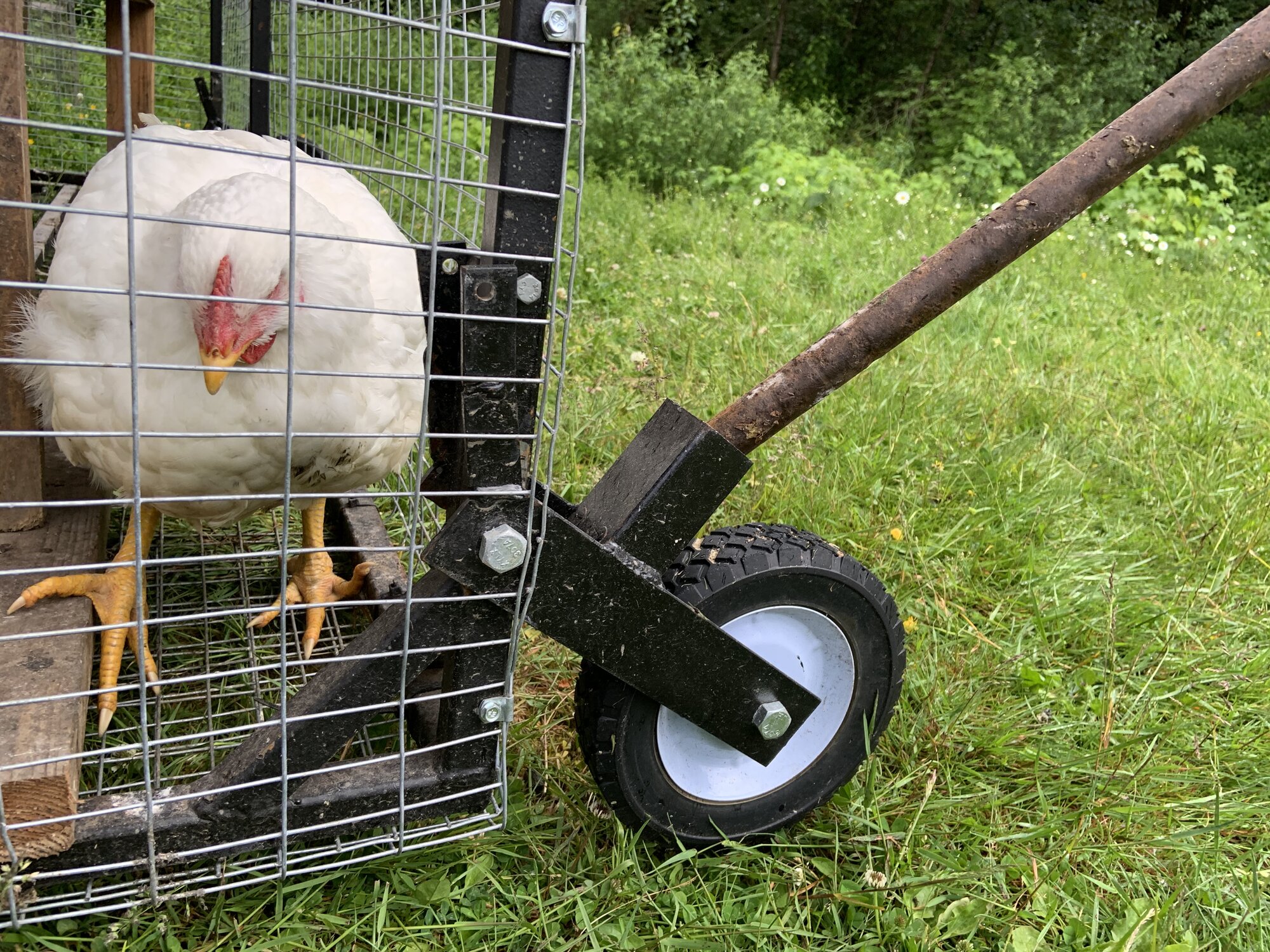 I want to add signs to this coop as well. I got the name after finding a "Fluffy Butt Hut" sign on Amazon, and decided to add that to the coop list and name the coop after it. I'll be able to post photos of the new sign once I get it.

I'll continue to update this article as the coop gets it final touches. I hope you enjoyed my short but sweet coop article, and can take tips from it for your future coops. Happy building!
Reactions: LNKY and 3KillerBs

Does the wire keep predators out?
Reactions: Weeg

Weeg
It does keep large predators out very well. Wire to metal connections are very sturdy. Rats, or Weasels could easily squeeze through that wire though. I wouldn't put any small chicks in this pen because of the rat issue. We don't see many Weasels in our area, doesn't mean they aren't there, but it was much easier to buy this wire in bulk that small rolls of hardware cloth. We decided to bite the bullet and go for it. So far so good.
Looks wonderfully sturdy. I expect that people who can't weld could copy the idea in wood with a little extra bracing.
Reactions: Weeg

Weeg
Yep! We just used the steel because our climate is so wet. Didn't want to have to rebuild it in a couple years when the wood started to rot. ;0)
This would be an excellent coop for areas with large predators! While the welding DIY is not for everyone, it certainly makes for a solid-looking coop. I partly agree with the poster that the skirts would be better on the outside, but that would seriously cut down on the coop's mobility. Perhaps some hinged skirt panels on the outside, ones that could be clipped up while moving, would do the trick.
Overall, I REALLY like this design! Some minor tweaking might even make it marketable for high-predator areas. Nice job!
Reactions: Weeg and 3KillerBs

Weeg
Thank you! I agree about the skirt. I believe that is why we put it on the inside, but am honestly not entirely sure why we put it there. If I did it again, and I think I will for my ducks, much longer though, thank I would put the skirt in the outside, and the hinge idea is great! I'll definitely consider that for our next build. Thank you for the feedback!
Read more…