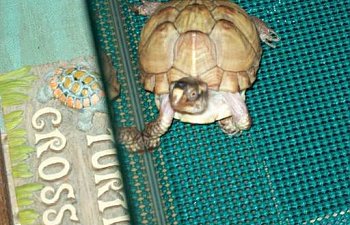 My third oldest turtle, Fred. She is almost 14 years old now... Picture is a bit dated. 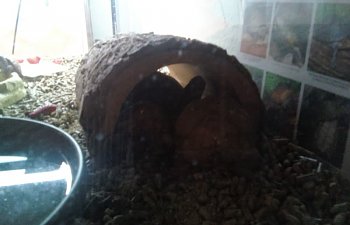 Snappy, Fred, and Little Peach all hanging out in the tunnel together. The fake red tort in the upper left corner used to be Fred's enemy till she got older and calmer. 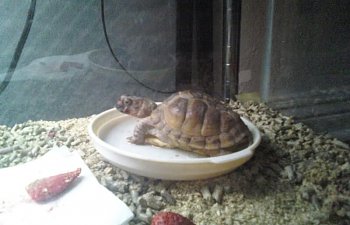 My undisputed alpha male turtle, Spot thinks he is the boss of everyone and everything except my mother of all people. 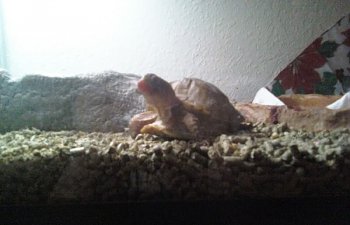 My walleyed turtle, Flip loves attention and is very personable. Used to think he was soft in the head till we discovered that the source of his problems was his eyesight. 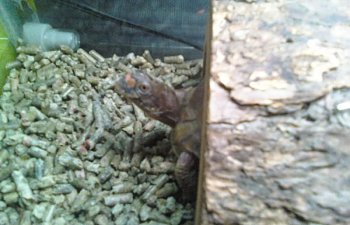 This is Piccolo, my other alpha male turtle. He doesn't get along with Spot very well, but is the only one who won't let Spot bully him. 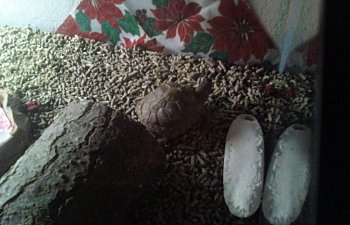 Ghost! My roughest, toughest, meanest female turtle. She doesn't bite but if you pet her, she will attempt to push your fingers away from her. She rules the pen when its not mating season.

Not pictured is Jim, Ghost's little brother, who is really shy and likes to burrow.