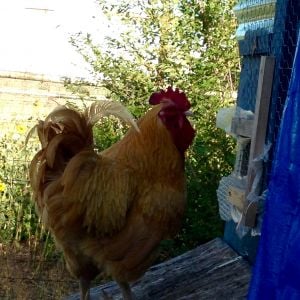 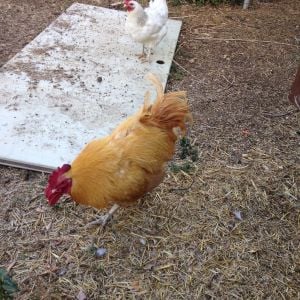 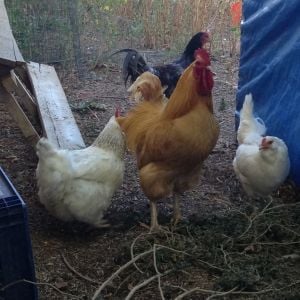 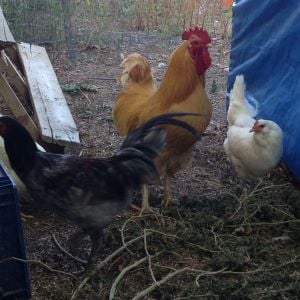 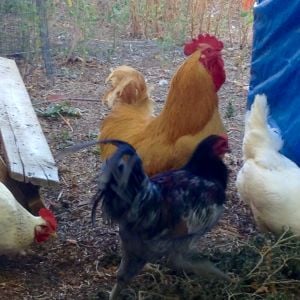 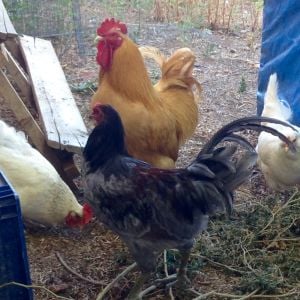 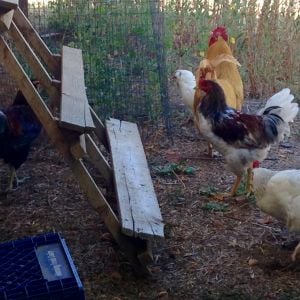 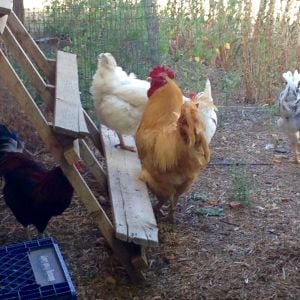 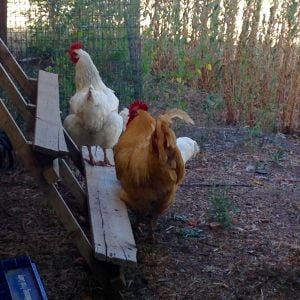 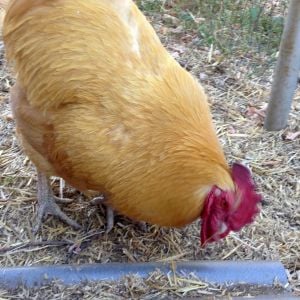 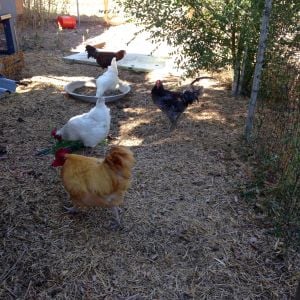 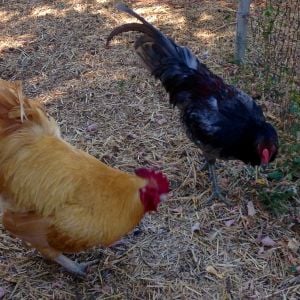 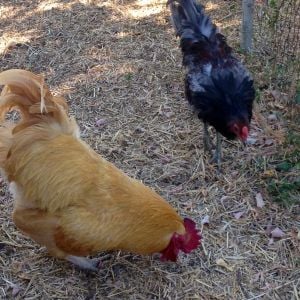 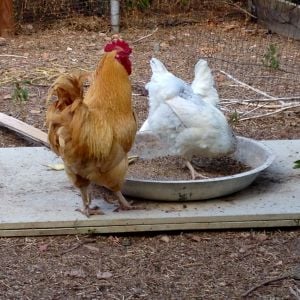 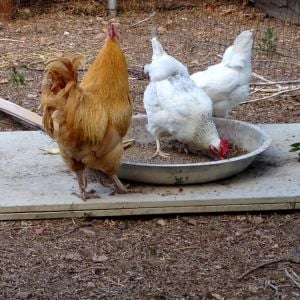 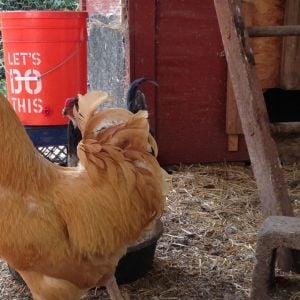 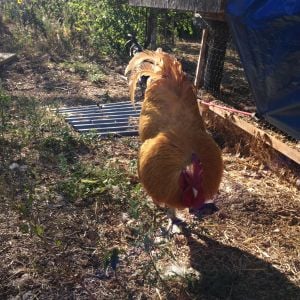 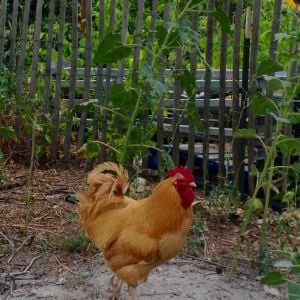 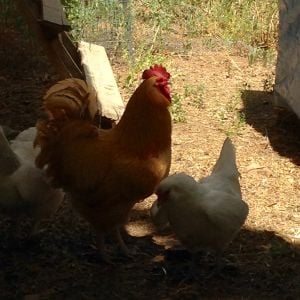 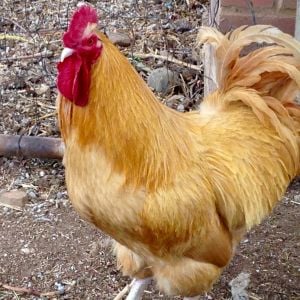 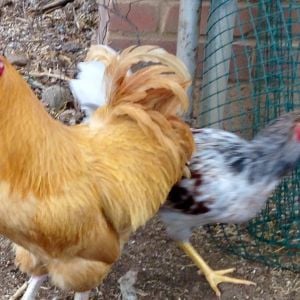 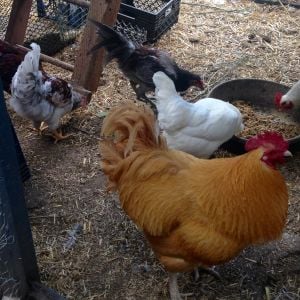 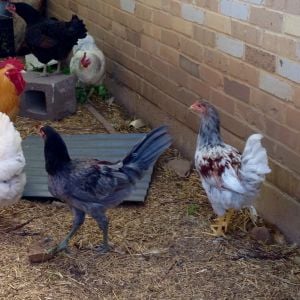 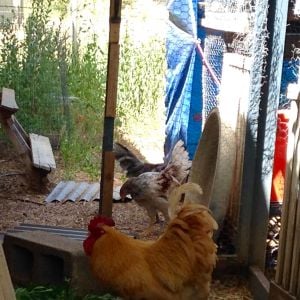 This album is all about the boys,we have two Buff Orphington Roosters, Rocco and Bruno. They were raised together from day one. Rocco is the alpha roo.

Edited - as of 02/14/15 we are down to one roo, Rocco. We found the boys in a brawl until death and we made the ultimate decision to process Bruno. The girls were rough and barebacked and it seemed like things were uneasy as well. It all makes sense given the building drama if the roosters. Rocco became a dad to the Fiesty Fifteen on 04/28/15 and then to three more that our broody Cornish hatched. This week 06/21/15 Rocco is now in charge of the Fiesty Fifteen and six egg laying hens. He seems to be taking it in stride as any good roo would do. It has been amazing to be able to have come full circle with our flock, it all happened with chicks in 2014 now we have chicks from them. We have been very please with our #1 from the day he first crowed he has been nothing but s good roo. 07/10/16 - bad out two weeks ago we moved our young cockerels from this years hatch to our farm location, where we have some laying hens and our BO roo. I split the covered run in half and gave the youngsters the small coop. The main flock continues to have access to their coop and half the run as well as access for free ranging. Upon seeing the cockerels, our BO let our the most prehistoric dinasour roar, it rather impressive. He set the tone right away, his turf and his rules. On 07/10/16 we opened a small opening in the run to allow the youngsters to inter mingle. Things have gone well, Rocco tidbits for them and will eat with them, he doesn't allow them to get too close to his girls. Things are going well, the young cockerels have been roosting in the run since they moved and haven't accessed the coop provided. Soon we will be moving more laying hens here.
Click to expand...
Beautiful Buff.
Thank you.