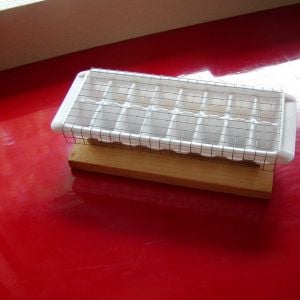 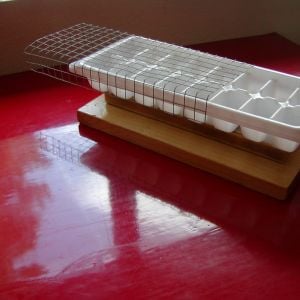 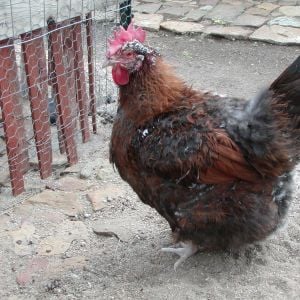 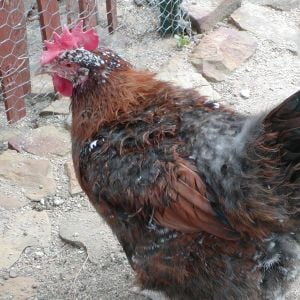 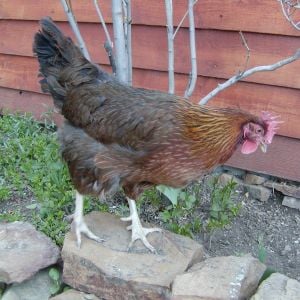 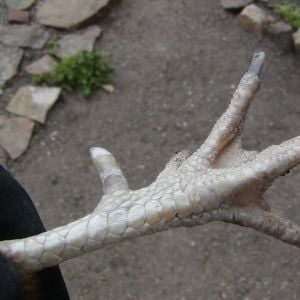 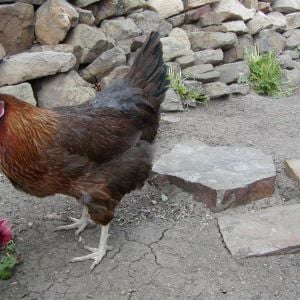 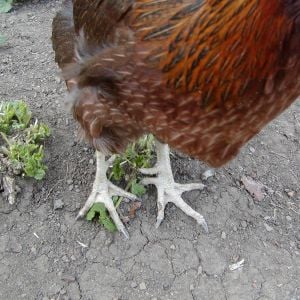 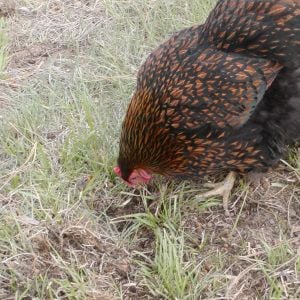 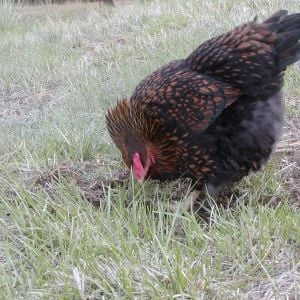 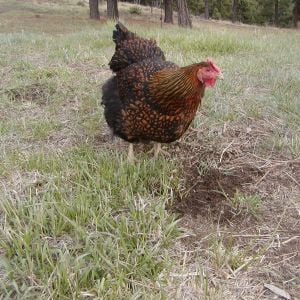 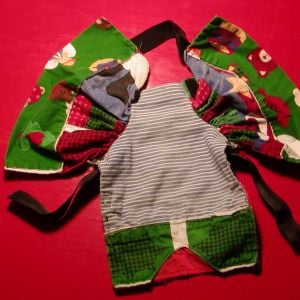 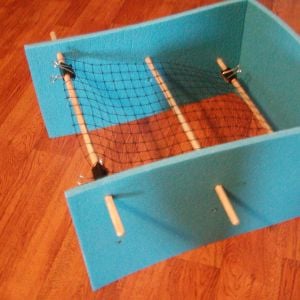 Deer netting added to dowels with clips to keep heating pad from slipping down through dowels when chicks climb on top of it. 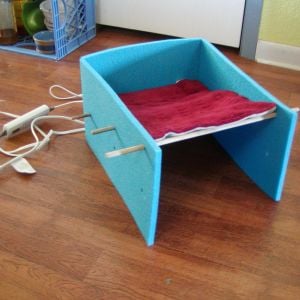 Or narrow the opening by pushing the sides together. 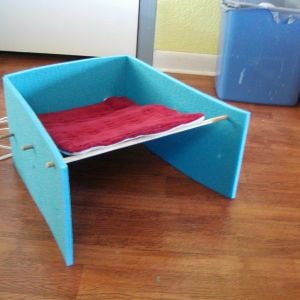 By the end of second week, chicks will need less heat. You can utilize the upper holes to raise up the heating pad, and also you can spread out the sides for a wider opening to the cave. 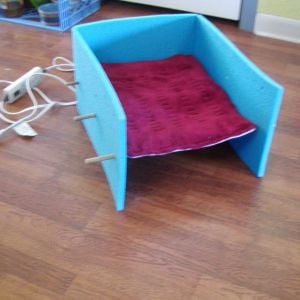 Slip dowels though holes. Holes should be much smaller than dowels so they fit snugly without slipping. Lay heating pad over dowels. i cut a slit in back for the plug to slip through. This is the position for maximum heat for the first week. 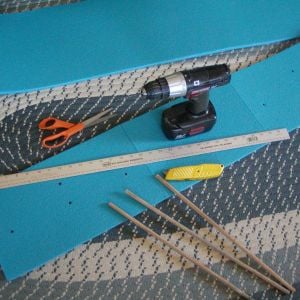 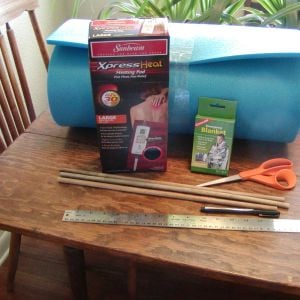 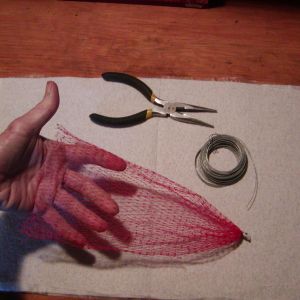 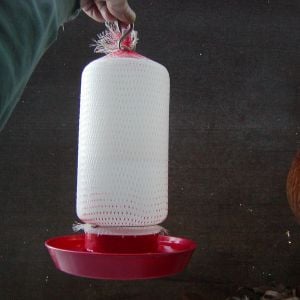 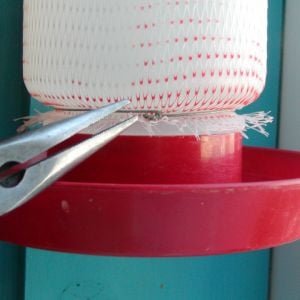 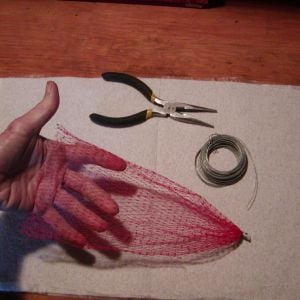 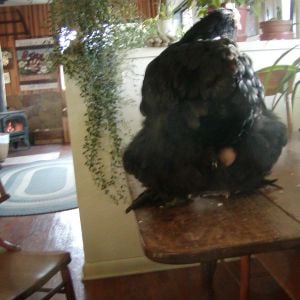 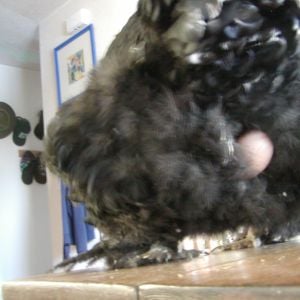