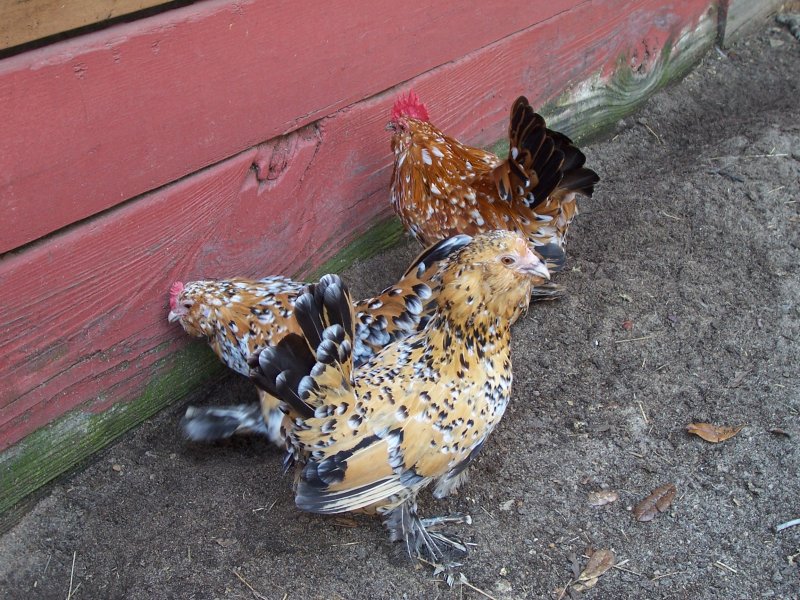 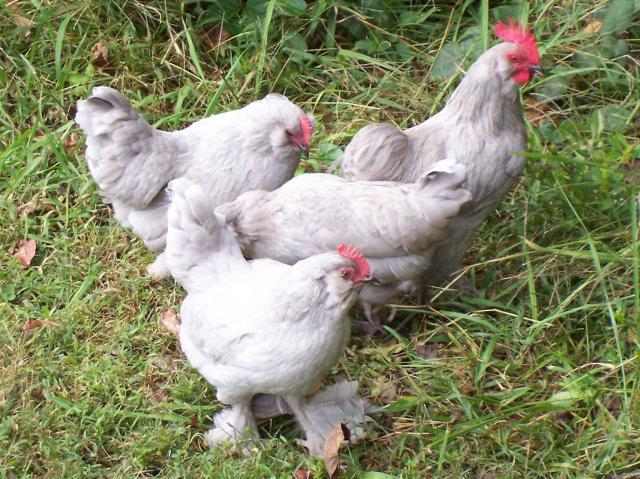 The Belgian d'Uccle was first bred in the town of Uccle on the outskirts of Brussels, Belgium, from where it took it's name. The Barbu d'Uccle was created by Michael Van Gelder of Uccle, Belgium, in the early years of the twentieth century and is thought, but not known for certain, that he crossed the existing Sabelpoot and Barbu d'Anvers bantam breeds. The Barbu d'Uccle was first exhibited in 1905.
In 1911, the American artist and poultry enthusiast Arthur O. Schilling saw the mille fleur variety of the breed during a trip to Europe, and imported several to the United States. Schilling, who photographed and illustrated many breeds for the Standard of Perfection of the APA, was visiting C. S. Th. van Gink, another poultry artist of the era, when he took a liking to the breed.

A small breed, the American Standard specifies an ideal weight of 26 oz for cocks, 22 oz for hens and cockerels, and 20 oz for pullets. The Poultry Club of Great Britain suggests as a rough guide a maximum weight of 790–910 g for males and 680–790 g for females, with variations taking into account age and maturity. 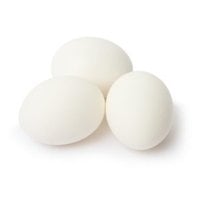 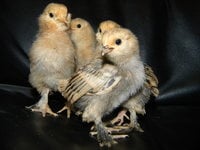 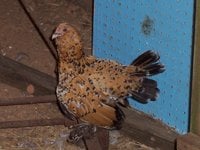 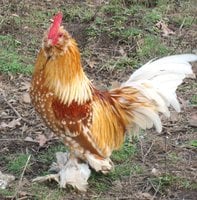 For more information on this breed and their owners' and breeders' experiences with them, see our breed discussion here: https://www.backyardchickens.com/threads/chicken-breed-focus-duccle-bantams.1094646/
Reactions: Egghead62, Grandmamickey and BlackHackle
Share:
Reddit Pinterest Tumblr WhatsApp Email Link

Pros: Pros: I have four hens (never had a rooster of this breed) and they are super sweet! They are very friendly and love to be the center of attention. I especially love their small eggs so I can use 1/2 egg if I want to make 1/2 batch of any recipe that calls for 1 egg. My four hens get along well together however they are separated from my other larger breeds so they don't get hurt. They have also been super kind to my no-longer-lonely polish bantam.
Cons: Cons: As I said above, they love to be the center of attention, and my hens will peck my fingers, feet, and pull at my hair if they want me to pay attention to them.
I have four gorgeous hens whom I love! The d'uccle is such a beautiful breed I only have nice things to say about...almost..

ErnieBerley
I have 4 hens...and they are so sweet and make special noises. But they are LOUD when laying it seems, which brings predators close (1 of my hens somehow got taken away). I have the 4 d'uccle hens with 4 Ameraucana's , a splash silkie rooster and 2 polish hens and they all get along fine..
Pros: Gorgeous, personable little birds
Cons: A couple of the roosters would peck a little bit, and the feathered legs got in the way
One of my first favorite hens was a d'Uccle. But I was never a huge fan of feathered legs.
Pros: Friendly, Sweet
Small, Beautiful.
Cons: very small eggs, but other than that i love love this breed!
This is the best bird ever!!

there sweet adorable and beautiful my little Black one is my favorite chicken! (Believe it or not she has been laying a lot lately yesterday and the day before yesterday she gave me a egg each one of those days.
Reactions: Arbutus Peregrine and Grandmamickey
Read more…

You have very nice looking birds
I love this breed too they are the best i have two i call my twins and got some more baby chickens this week they are very sweet love people and good for 1st timers and are good layers but small eggs
this is my belgium d'uccle do you think its a roo or a hen
Hen. If the feathers are rounded, then it is a hen. If the feathers are sharper, then it is a roo. Gorgeous chicken

WELL YOU LEARN SOMETHING NEW EVERYDAY IN THIS GAME, THANKYOU VERY MUCH, JACKO.
I had a mille fleur which, being "straight run", ended up being a roo. He was a good protector of his hens, but unfortunately, that meant that he was launching himself at my kids' faces. Before long, he attacked me too - this all before he was even a year old. So my favorite little Spotty had to go to a new home. In our household, you just don't get to bite, scratch, or kick anyone.
These are amazingly cute. Would like to have some one of these days.
i have others white crested etc will put more pics on soon.
That is a polish not a D'Uccle....
i know its a polish i hatched it. some mix up when i comment on yours
Ahh I see. Just wondered where it was on the D'Uccle page, thought your hens were messing with the neighboors rooster or something lol Cute little girl!
thank you i got other polish will get more pics
I love my two hens. They are beautiful and quite the talkers. Even though they are tiny they do well with my bigger hens
i have four belgian d'uccles (1 cockeral and 3 hens and )my hens lay ill put som pics on my profile
I had one hen who was a laying machine from age 6 months to her death at 2.5 years. She got pneumonia from the wild birds.
Biggest problem I found was because she was small, she was the first one to get attacked by predators and other chickens. She was small and docile. I would recommend getting several hens and a rooster to protect them if you are going to keep D'uccles.
Your hen is beautiful!
I agree!
I love Belgian d'Uccles! They are so pretty! I really want some! When do they lay?
All year round (at least for me).
I have one like that too. I have a hard time keeping weight on her. She's a big baby!
You must log in or register to reply here.