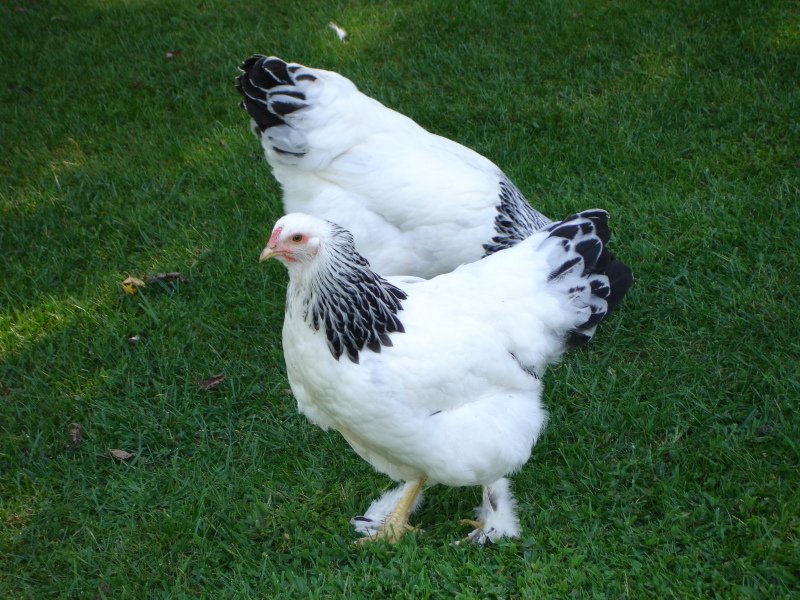 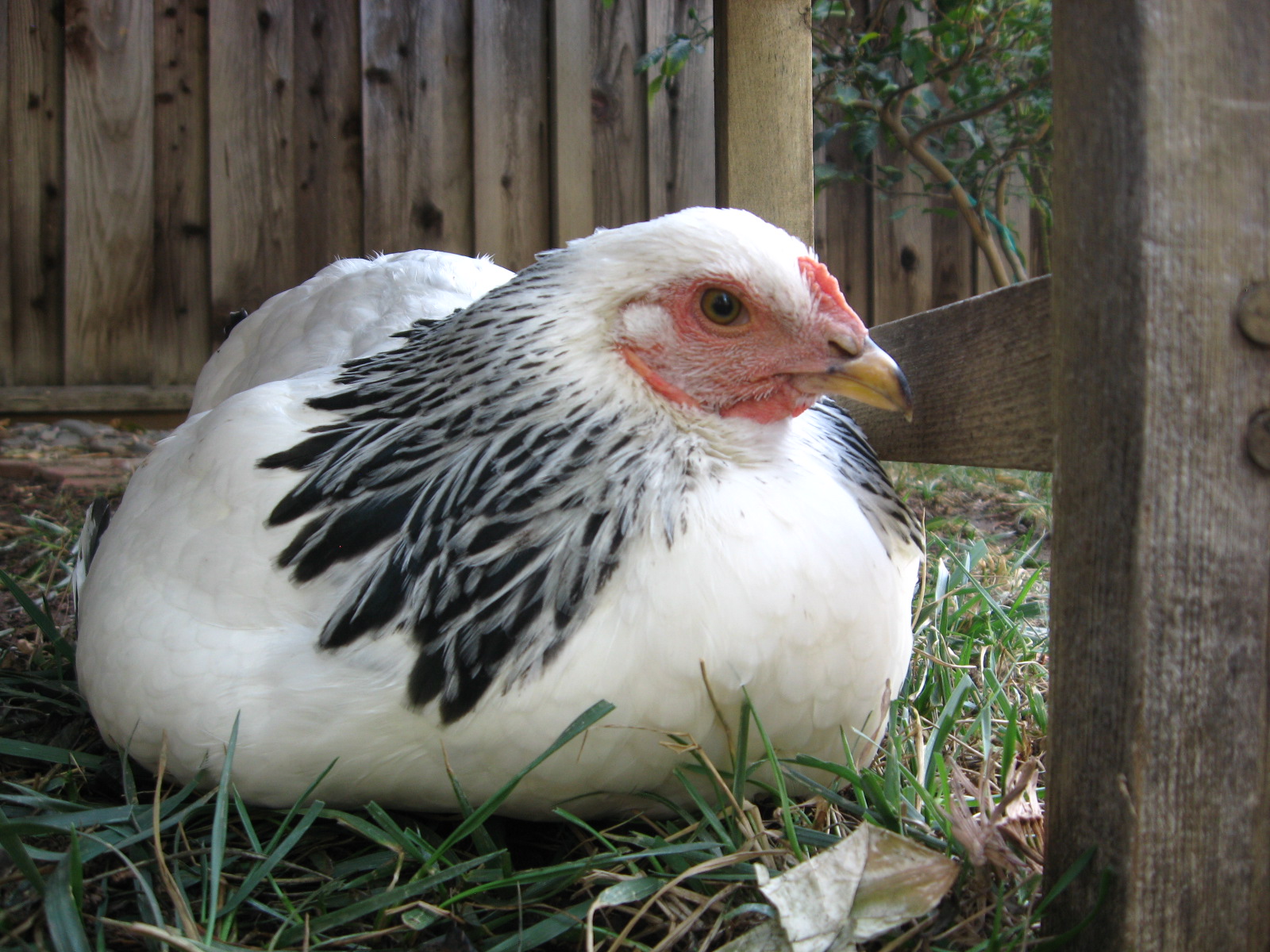 There has been considerable controversy over the true origins of the Brahma breed, but appears to have developed in the US originally, from birds imported from China. They were send off from the port of Shanghai and were thus known as "Shanghai birds". Brahmas as we know them were first exported to England in December 1852, when George Burnham sent nine "Gray Shanghaes" to Queen Victoria as a gift. The Dark Brahma variety was developed by English breeders from this stock and later exported to the United States, where the Brahma was the principal meat bird from the 1850's to around 1930. Some of these birds were very big, with males weighing in at up to 18 lb and females at 13 lb.

The Light and Dark Brahma were developed and included in the first edition of the American Poultry Association's Standard of Perfection in 1874 and the Buff variety was added in 1924. The Australian Poultry Association has accepted black, blue, partridge, crele and barred varieties of Brahma in addition to the standard light, dark, and buff. 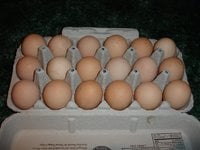 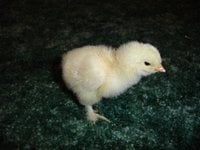 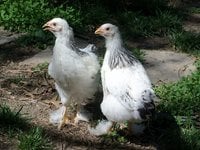 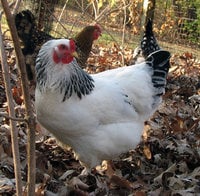 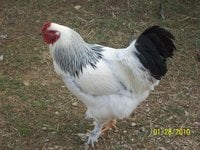 For more about Brahmas and their owners' and breeders' experiences with this breed, see our breed discussion here:

Pros: Super sweet, gentle, fun...
Cons: Not a one
I've noticed a bit of a difference between the buffs and the lights. The buff were great and the only breed I've had rooster of. Wonderful roosters. My light Brahma, though, was leagues above. She had the most gentle and amazing spirit from the get. Her calm, unbelievably chill nature affected the entire flock. She had some health issues and when she had to be separated, the whole flock changed. She got thru some crazy health stuff, to the point where she became known as Morgaine, the wonder chicken. She was the matriarch; when one of the girls had internal laying and got sepsis, after her surgery she slept under Morgaine's wing for at least a month and Morgaine was totally good with it. Even though, she was a 9.5lb bird, 3 lbs bigger than my next largest bird, she wasn't at the top of the pecking order. She was just not into that and did not participate in shenanigans, but she was somewhere toward the top of the middle. In fact, her affect on the flock, was so profound, it kept the shenanigans at such a minimum, it took me 3 years to notice their pecking order....and I spend a LOT of time with my birds. She was just a big fluff ball of love and everyone loved her. She also had a sense of humor and was just funny. Smart too, I taught her to count to 7, scratched my pant leg with her beak, to get a peanut. Best chicken ever....and I've had Faverolles, who were also spectacular birds.
Reactions: DoozyWombat
Pros: Very docile, friendly, curious, not at the top of the pecking order
Cons: Gets hot easier than other breeds, eats a lot
My sweet brahma pullet who was brought up with us as a chick, still jumps up on my back. She is the first to come and investigate and is totally unafraid, but very docile. She is not mean to any birds, even new ones to the flock. The Brahma rooster we have is a big baby who will run and hide from any predator, though. He is skiddish and walks away when you're around. They eat a lot more than the other birds, but she was my first pullet to lay and she laid almost every day in the warmer days. 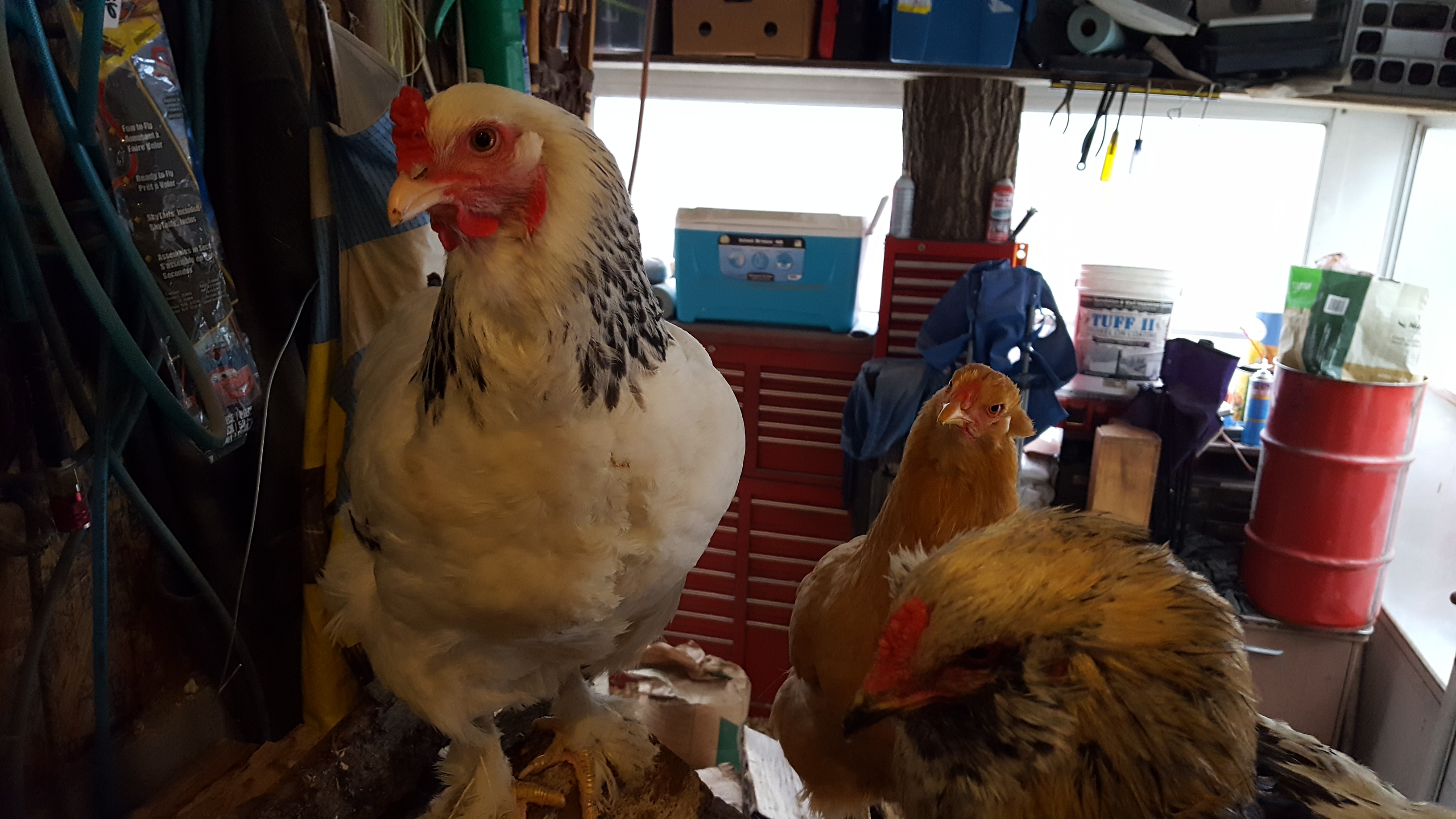 Pros: Very easygoing, healthy, strong layer in prime
My oldest hen is a light Brahma. I think the nickname 'gentle giant' for this breed is well deserved. She is the most friendly, easygoing hen we have. She got attacked by an opossum years ago which required that I keep her inside for five months and treat her wound daily. She was sweet all through this; even the vet who has chickens herself said she was a cool chicken.

We recently got some pullets and she's been somewhat of a mother hen to them. She gets upset when they don't come in the coop at night. She'll call and wait for them to go in until she goes in herself.

We think she's six and she still lays on occasion. She was a strong layer in her prime. Other than bumblefoot she's been healthy.
Reactions: TannerTrue, Fluffnut and HPTheChickenTender
Read more…

Perhaps she's a young hen? If she has just been laying a month or so, there is still a chance that she will lay larger eggs as she gets older.
I have a light brahma and shes very gentle, have a dark brahma that is very tame, follows me around demanding treats
What kind are you looking for?
Yes! wonderful birds. I don't know about them being diggers though. I bought 5 Brahmas, 5 Marans and the same of Amearucana-yes laugh I messed the name up. My picture profile is my favorite chicken.
Gorgeous! My profile photo is my favorite hen also.

I noticed that you are in Alaska, what challenges do you / your birds face with the weather there?
Hmm several weeks ago it got pretty cold here and I had trouble keeping the coop warm, the heat light bulb burnt out towards the end of the cold. I felt really bad for the guys; it got down to -twenty in there.

my mom got a brahma roo was the best roo EVER when we got babies each year he would let them eat food out of his mouth. and her was like 3 ft tall!! But whe nhe turned 4 he disappeared with like 3 of his hens and after that his fav hen(amerucana named Speck) was lonly and wouldn't let any of the other roos mate with her for like a year!
I love these birds too, we had a light hen ( Joey ) who was the sweetest. she would follow you around ( at a safe distance Lol) we didnt keep her until she was old enough to lay. The feather feet never bothered me (I loved feather feet) since our wet season is for like a month or so.
Love theis birds and am a small breeder i like the buffs the best!
lol I bred a cochen with my buff brahma rooster and got a black and white brahma rooster just like the pic
I have a lot of chickens but I have 5 of these and I love them. They are my tamest chickens and they are real sweeties. If you want a good layer but also a great pet this is the breed for you.
Im new to this and I want to raise chicks.
How old was your hens when they started laying?
thank you
Those pics are adorable. Love the babies sitting on mom
I have 6, 1 month old Brahmas and the are so calm and they love to be held.
I have one Brahma. She's too timid, both of me and the other chickens. I think I wouldn't keep Brahmas in a mixed flock again, although this may just be one very timid bird rather than a breed trait. It's the first and only Brahma I've ever had. She's in with two Wyandottes and a Barred Rock. She doesn't get picked on too badly, but I feel like she gets left out a lot. She seems to hang out alone a lot, which is unlike the other chickens I've had. But at about a year old, she's getting braver. Her lack of interest in me may be mostly my fault. The whole lot of hens I got at the same time hate having contact with me, probably because I didn't handle them enough as chicks.
I have 2 light brahmas I call "Brah and Ma", they stick together around the yard. One is very friendly and walks right up to me whether I am sitting or standing. The other is more wary. Even though this is a larger breed, they lay slightly smaller eggs than my production reds, barred rocks, and cochins. I still love them though.
thats cool mine are only 3months old no complaints so far hope the roosters are not too noisy because i have 1light male named iceberg,1buff named stewie and 1 buff/dark mix named gambino.
I love my brahmas. I have four hens and one rooster( buff columbian ). Then I just hatched out 16 buff chicks this year. I also hatched 4 light chicks. More eggs going in the bator in a week or two.
i love brahmas!!! i don't have any standerd at the moment, but i do have 5 beautiful Dark Brahma Bantams that are adorable. i hope to get some Buff Laced soon
Ours is a good forager, yours must've been odd because we've never had a chicken that was a "bad forager", but we throw our food on the ground VS in a feed dish so that it promotes foraging.
Well, at least their nice

lol
You must log in or register to reply here.