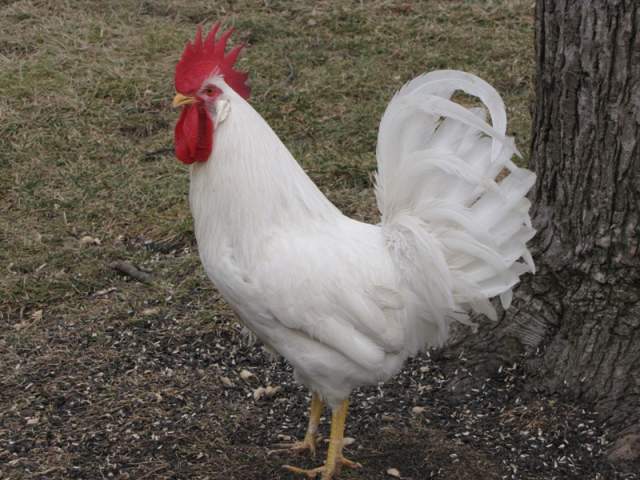 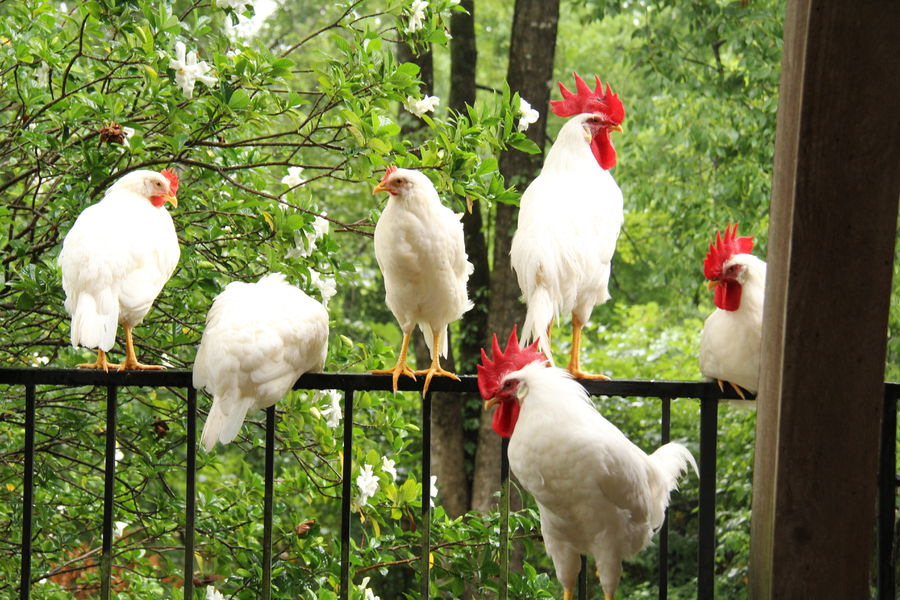 The Leghorn appears to derive from light breeds originating in rural Tuscany, though the origins are not clear. The name Leghorn was derived from Livorno, the Tuscan port from which the first birds were exported to North America. The date of the first exports is variously reported as 1828, "about 1830" and 1852. They were initially known as "Italians" and they were first referred to as "Leghorns" in 1865.

The Leghorn was included in the APA's Standard of Perfection in 1874, with three colours: black, white and brown (light and dark). Rose comb light and dark brown were added in 1883, and rose comb white in 1886. Single comb buff and silver followed in 1894, and red, black-tailed red, and Columbian in 1929. In 1981 rose comb black, buff, silver, and golden duckwing were also added.

The breed was first introduced to Britain from the United States in 1870, and from there re-exported to Italy. White Leghorns that had won first prize at the 1868 New York show were imported to Britain in 1870, and brown Leghorns from 1872. Pyle Leghorns were first bred in Britain in the 1880s; gold and silver duckwings originated there a few years later, from crosses with Phoenix or Japanese Yokohama birds. Buff Leghorns were first seen in Denmark in 1885, and in England in 1888.

A flighty breed, the Leghorn are popular today for their great egg production and also for exhibition. 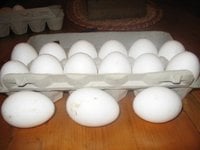 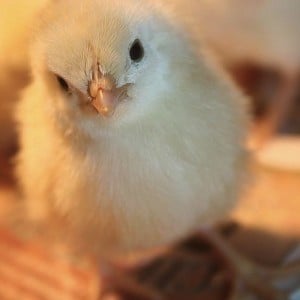 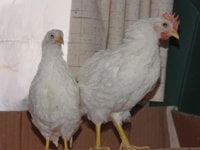 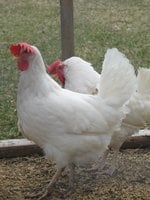 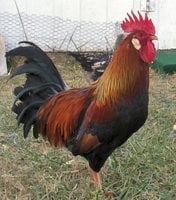 For more info on Leghorns and their owners' and breeders' experiences, see our breed discussion here:

Pros: Good layers.
Cons: Not at all friendly, flighty, extremely aggressive to other chickens.
They are good layers but not good pets. Very flighty and shy. Mine wouldn't stop picking on each other. They had a very strict pecking order and sometimes killed each other because of it.
Pros: Great layers, funny
Cons: skittish, a bit aggressive
I have 3 leghorns, all hens and while they do the laying job nicely they aren't the most friendly and some nip if you're not careful. I love them a lot but it might just be me but mine got sick a lot especially in the winter? overall good breed

Pros: Leg horns are GREAT layers.
Cons: They are very skittish and flighty.
Pros:
I LOVE these chickens! I have 3 of them! They are amazing layers and lay almost every day. They have pretty big white eggs.

Cons:
though is that they are skittish. I can barely catch mine!

Where can i find a good breeder of white and dark brown leghorns?
I just got my first Black Leghorn Bantam 4 wks ago. She is around 6-7 mths old. She is very friendly curious and lets me pick her up. I have a White Leghorn Bantam and she is the same way, 2 yrs old, very friendly. Your three are probably "clicky" because they are all the same age, they will come around, just be patient. I love mine, wouldn't trade them for anything! Also, good egg layers.
Thank you I will, I'll have to take your word about them being good egg layers - for now....I have a feeling I will be getting eggs very soon ;0)
I have to agree with you on them being too flighty.
I have 2 white and 2 brown leghorns. My white leghorns are great, good and friendly. The problem lies with the browns. Actually just one of the browns is skittish but the other seems to follow it's lead. They are great layers but have started slowing down now due to shorter days and molting. I was at 4 eggs a day now down to 1 or 2 until done molting and days get longer. It doesn't take long to get really into raising these girls once you have them.
I was actually wanting a couple of brown leghorns, but I got the California Whites because they didn't have anymore of the brown ones. The browns are so pretty. I expected most of my flock to be molting this time too (and they are), which is why I got the leghorns to give me some eggs while the others take a break

We are doing some research about what types of chickens to get, and Leghorns are on that list. Looks like you are having fun with yours, we are looking for good egg producers and personality too.
That sounds like a really awesome chicken, in fact i was just admiring the leghorn i saw at the local feed store today!!
My leghorns lay everyday and are extremely friendly. Cons for me were flightiness and the white coloring in a free range flock - I've lost 2 to predators.
That's true, she is very easy to spot in the yard. (I live in an old subdivision with covenants but my neighbors don't mind my chickens. In fact they complain about the dogs) My dogs (2 dobermans) protect them, but I'm only on a fenced 1/3 acre... just from my observation, my leghorn always stands watch. Before the flock goes into a bush, she goes in first. (usually her and sometimes the head honcho, a black star). When my black star was attacked by an owl (she's taken the role of a rooster), my leghorn sounded the alarm before anyone else!
Well of course all birds are dinosaurs.
I heard they can be pretty mean...
I have a leghorn. She is flighty & doesn't lay as many eggs as my sexlinks & RIR's. I won't get another one.
Not in my experience they are. Actually, my two Leghorn hens are very tame and follow me around. I give you a thumbs-up, rissamdc!

I have two Leghorns one white and one brown. My white Leg (Pearl) is a little on the pecky side and has rendered herself secluded because of this. I want to reintroduce her to the flock and have tried several times. Seems if I am present and call her name when she goes to peck she will stop and behave.....but as soon as I leave her unattended with the rest of the girls.....she quickly forgets her manners and is back in the "Sin Bin". She is a very sweet girl with LOTS of personality so I hate to think of having to "turn her into dinner" as my boyfriend keeps recommending.....HELP

I have loved every single leghorn I've had. They are very friendly. I have a small flock..back yard chickens..

and I usually only have one girl at a time. Right there when I lean down to visit with the girls, I do clip the wings a bit on them because of the reasons you mentioned. I have to say, every time I have a leghorn in my little flock, they are one of my favorites, and I have a few different breeds for fun. No problem with being bossy to the others at all.
I did not purchase it in 1970. I meant 2012.
THESE BE MY FAVORITE BIRDS. LOTS OF EGGS, GOOD HEALTH IN HOT AZ HEAT, NOT GETTING INTO TROUBLE.
That's disgusting! How can you "stew" them? They serve you then you just kill them and eat them? What the hell is wrong with you?
My white Leghorn, "Beatrice" is very sweet with me but extreeeeemely bossy with my other birds and can only be kept with the 2 other hens she was with when I got her. Because of her tremendous size (she's HUGE) and fear that she could kill one of my other hens if left to her own devices, I have to keep those three segrogated from my other hens. I think it depends more on the individual then the breed.
You must log in or register to reply here.