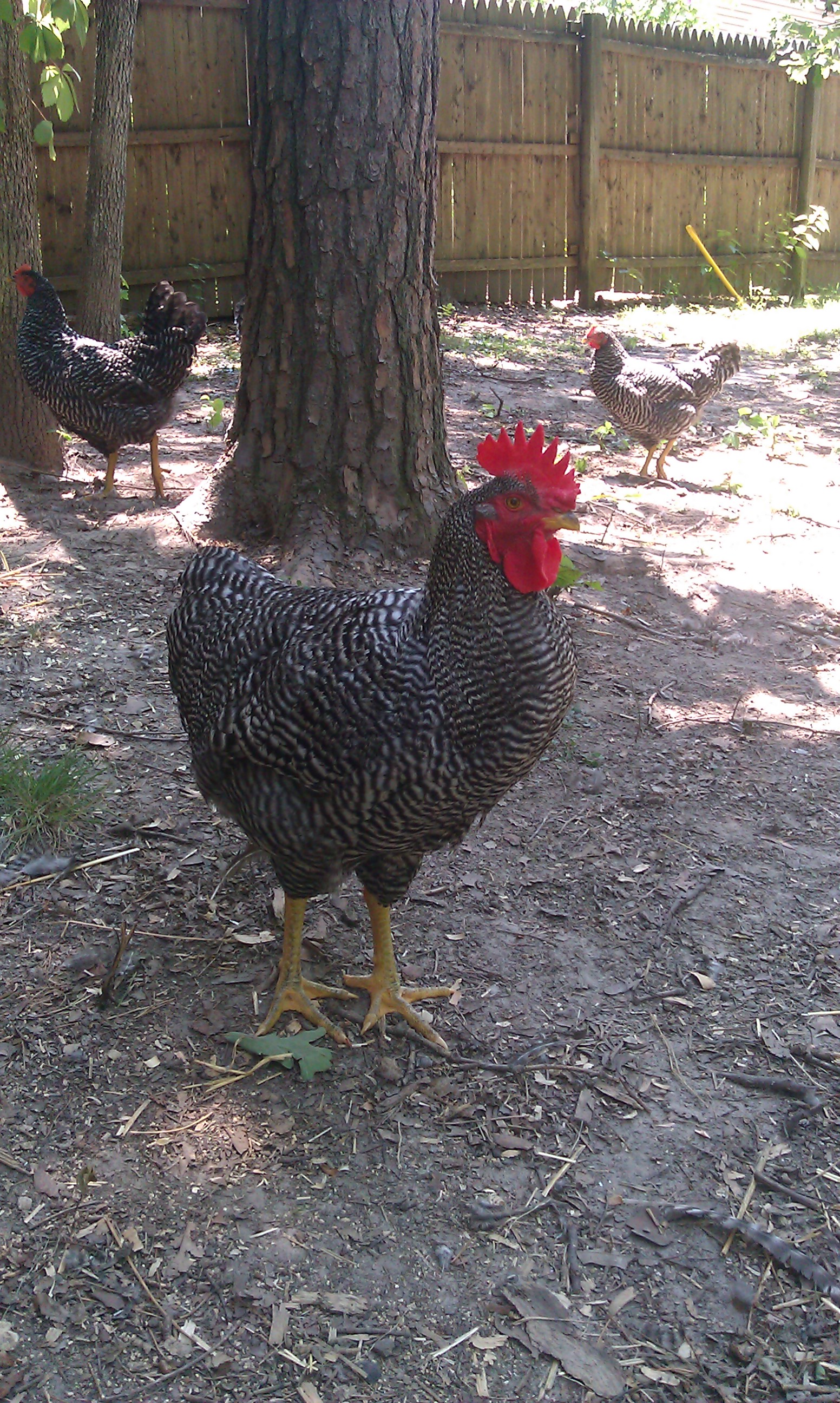 The Plymouth Rock originated in New England in the 19th Century & were created by using breeds such as Dominique, Dorkings Cochins, etc.
Overview Reviews (276) Gallery
Leave a rating 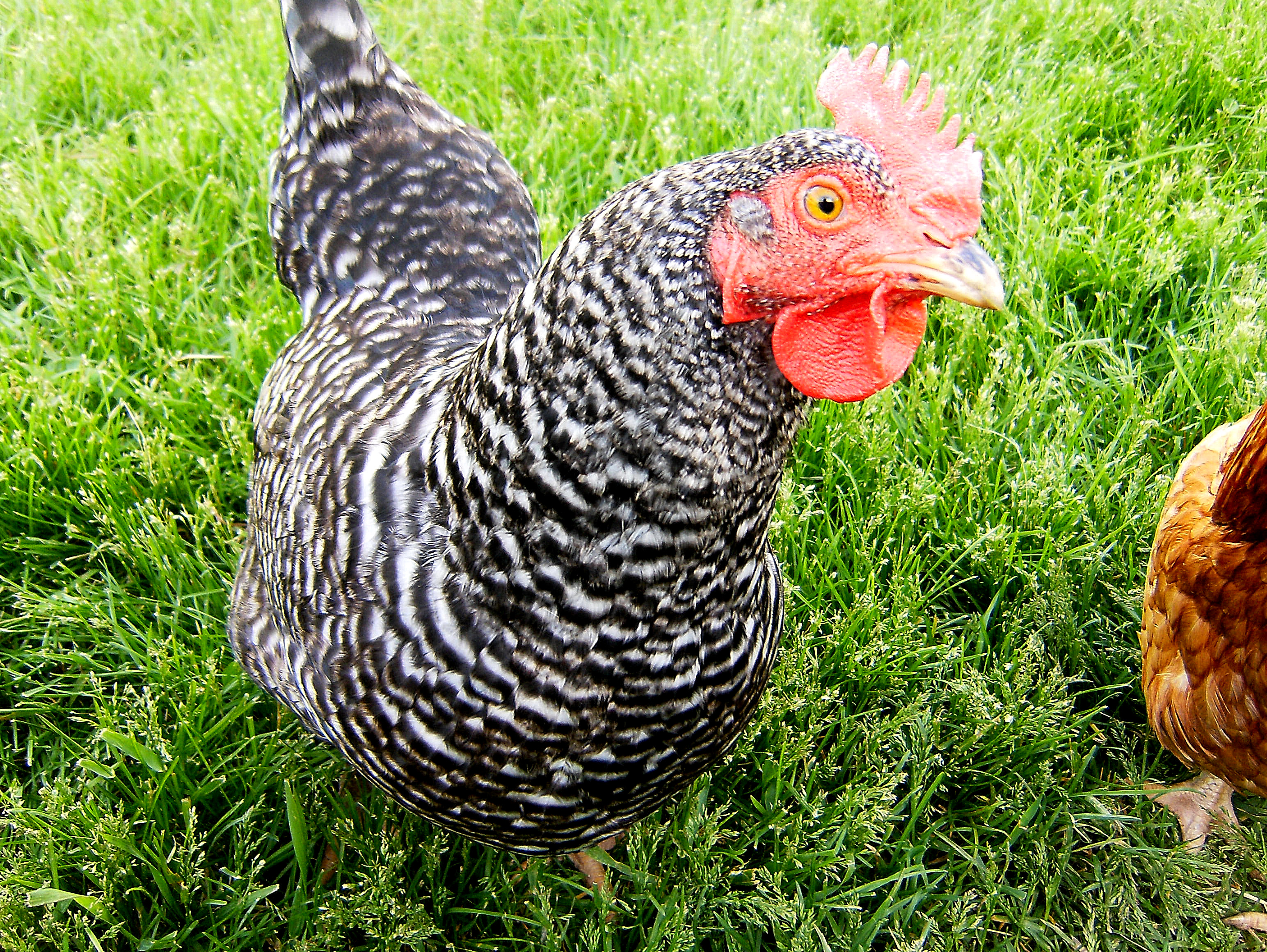 The Plymouth Rock is a very popular duel-purpose American breed, known for their excellent laying ability, general hardiness, and calm good nature which makes them a good choice for small backyard flocks and homesteaders.

Chickens called "Plymouth Rocks" were shown as early as 1849, but that flock disappeared and later strains from several different breeders combined to form the foundation of today’s Plymouth Rock breed. Mr. D.A. Upham of Worcester, MA is credited as being one of the primary influences on the breed, he first exhibited his birds at the Worcester, MA poultry exhibition in 1869. His birds are generally acknowledged to be the ancestors of the breed we know today.

A number of different breeds are reputed to have gone into the formation of the Plymouth Rock, including Dominique, Brahma, Black Java and Cochin. The breed gained a great deal of popularity quickly and the Plymouth Rock became the most popular farm chicken in the United States up until WWII.

The original color of the breed was Barred and early in the breeds history the name "Plymouth Rock" implied a barred bird. Barred varieties remain the most popular color today. As more color varieties were developed, the name Plymouth Rock became the designation for the entire breed, which can now can be found in other colors including White, Buff, Partridge, Silver Penciled, Columbian and Blue.

They are single combed, quite winter hardy, and the hens are good layers of brown eggs. They are occasionally broody and make good setters and mothers.

The Plymouth Rock breed was recognized by the APA in 1874 and is on The Livestock Conservancy's Recovering list. 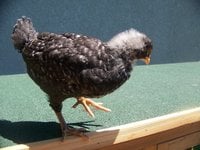 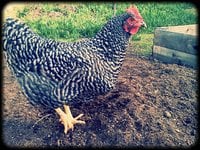 For more information on Plymouth Rocks and their owners' and breeders' experiences with them, see our breed discussion here:

Pros: Good pest control, very sweet, gets along with others well, friendly, large, good layer, soft
Cons: Not diligent about threats, was the last to start laying out of my flock
I had a very sweet barred rock in my first flock, I loved her, she was so friendly and followed me around the yard

I’m not sure if this was just my chick, but she was pretty mean as a baby.She got along well with the others but she just hated me from 0-2 months old and then began warming up to me.

Lazy, gentle giant.
Pros: Beautiful, huge, gentle, gentle with flock mates, not human aggressive; tolerates touching, coddling, and being picked up
Cons: Very lazy, slow growing, bland personality, doesn’t have a “spark of intelligence,” poor free ranger, not diligent
I got a show quality barred cockerel and he’s mild and very lazy. He likes to sit a lot and enjoys it at shows because he gets to sit. But as our biggest rooster he also feels like he has to police things and rule in the cages he’s put in. So he pecks bantam roosters that are fighting occasionally but is disturbed by their energy levels. He never fights with the others, and doesn’t mind being petted or picked up at all, he’s just detached from human interaction. Not friendly but tolerates being touched more than most of the friendly ones. He takes forever to grow his feathers. 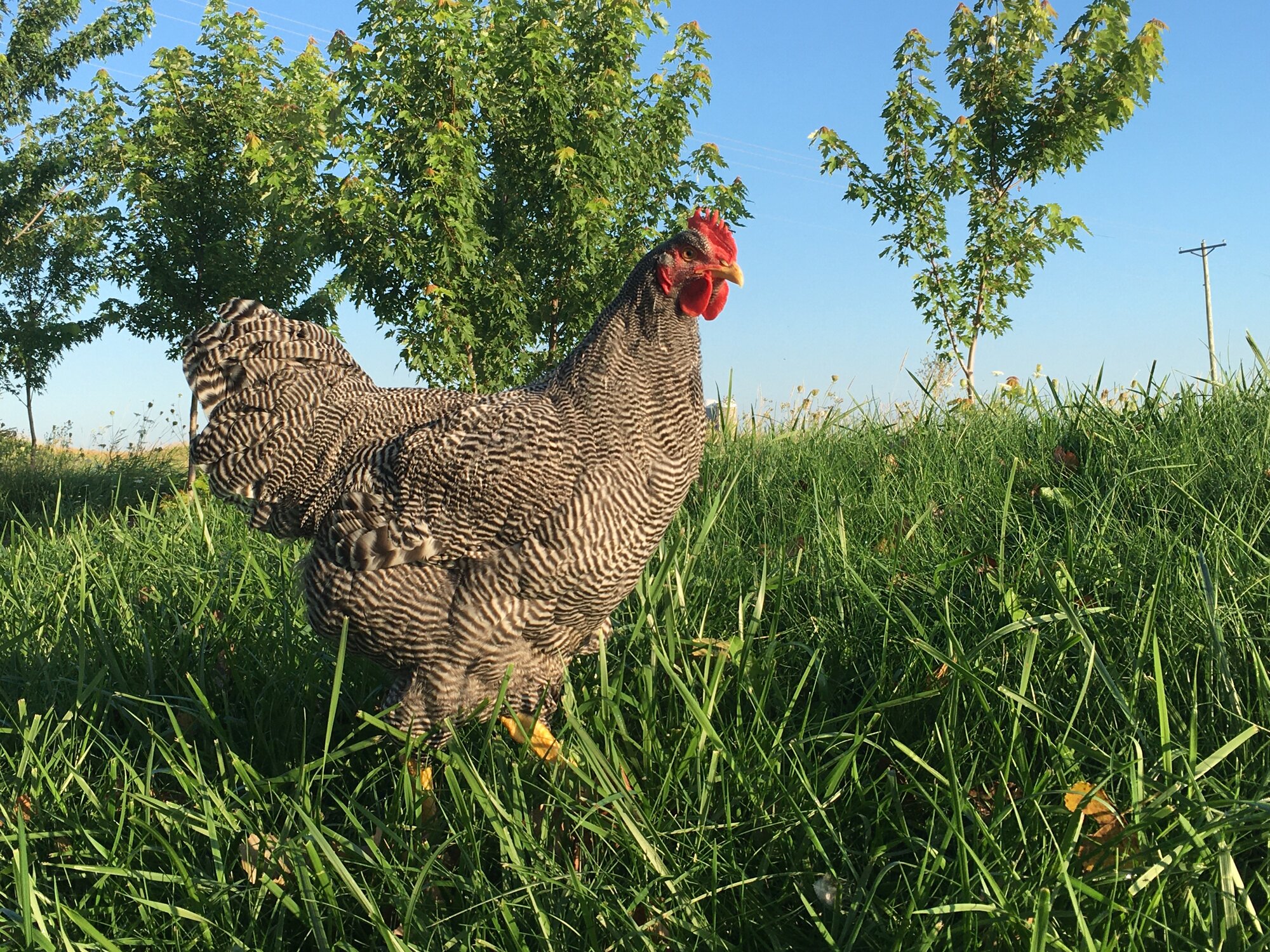 Great
Pros: Super freindly, live a long time, not apt to go broody,
Good layers.
Cons: If you want a small chicken these are not it. 5.5 + pounds.
My first chickens where barred rocks. Only one survived of the 3 (novice chicken keepers fault, aka me/my parents) and at present she is still alive, 9 years old, lays once a month do to old age, and in great health. Very pretty, freindly birds. Mine has never went broody but she had the mothering instinct and raised a chick. They make great first chickens.

I have had other experiences with them, so I think the mommas are passing along their bad tempers. Did you let the mommas hatch them and raise them or did you do the brooder thing? I am getting rid of mine, not because of temperament, but because I have found a breed I like better, and much prettier.
Mine is the tamest one of my flock as well. And she is always really sweet with new additions to the flock, never aggressive at all.
Mine too
hmmm, I don't hear a peep out of mine. But Doris is a lovey, she rides around on my shoulder if I put her up there. Lets me pet her head when she's in the nest box, none of the others do that!!
That's interesting! All 3 of mine are the loudest of all my chickens, especially my Gladiola. She carries on and makes quite the scene before and after every egg, maybe mine are just a bit neurotic?
Sorry you had a bad roo! Mine is very nice. It could be because there are a lot of humans around him constantly.. We do not coddle him, and he does not like to be picked up.

My first girl is just an average layer. Maybe 4-5 eggs a week.
Yours were the minority.
You know, he was not a bad rooster...he was just not as friendly to us or the ladies as some roosters are. He was not very aggressive to us, but was to a silver laced wyandotte roo I had.
Hi, we have four barred rocks, are getting about 6 or 8 more in the spring .
Barred Rocks, australops are very friendly and inquisitive.
I have 2 of these and they just started laying last month. They lay everyday

About 7 months when they start to crow. Their size varies. Can you eat them?
Personally, I would call around to see if someone will take them for free. Since you live in the city like I do, you don't have the opportunity to free range I would think the cost of feed may be more prohibitive than keeping them. Of the two roos I had quite by accident, my son butchered for me. When they start crowing they aren't fully filled out but not a bad size. In my area you can have roosters, but every time the neighbors complain, you have to put up with the police coming out and informing you the neighbors are complaining. It was just easier not to have a rooster. My barred rocks that I have had in the past were about the size of the Orpingtons when full grown.
I guess the main point I was trying to make was that they will not put on weight like the crosses. The crosses will be ready for meat in about 3-4 months.
Symphony ~ OK thanks I never had a roo before so I had no idea. And yes Barred Rocks are a durl purpose breed. From what I read they are good eatting...

)
Patricia ~ Ya I was thinking the same thing that it would take to long to grow them up. I have 5 hens right now that I let free range on my property. I have almost 3/4 of an acer and they are fine... But the cornish's will be butchered at 8 weeks. So I am gonna try to find the Barred Rocks homes before then. Which may be hard cuz not many ppl want cockerels. AND if all else fails we will just keep them a few weeks longer them n then butcher them. Thanks so much for your help

)
Yes i agree great layers. They're also quite calm and affectionate. My 4 come running wildly when I open the coop. All but 1 are ok with being pet or picked up too
I've never had a problem with the rocks combs getting frostbite, I'm in Alaska. The rocks seem to do just fine, they're not like a leghorn with the drooping comb.
Sorry about the egg color, correct me if I'm wrong, wouldn't a Marans or Welsummer be the bird for the job?
WHAT I HAVE READ IS: MARANS, CHOCOLATE : WELSUMMER , MORE TERRACOTTA AND SOME ARE DARK SPECKLED TOO----- -MY CUCKOO MARANS ARE RATHER TERRACOTTA BROWN
THE PROBLEM SEEMS TO ME TO BE THE VERACITY OF THE SUPPLIER. DID YOU SUGGEST YOU WANTED CHOCOLATE BROWN EGGS ? SOMETIMES FOLKS WANT SO MUCH TO SATISFY THAT THEY STRETCH TRUTH.
thank you for answering, what I've seen of Marans and Welsummers online and on you tube,they are georgeos birds abeautiful additions to any flock. I will be honest with you at this time me and my husband do not have any chickens at this time.. My mother kept a mixed flock which included white rocks, leghorns and game hens. The games were excellent brooders and we got a fair amount of cream colored eggs.