Overview Reviews (268) Gallery
Pros: Extremely sweet, affectionate, good layer.
Cons: Can easily be bullied.
My Plymouth Rock was extremely sweet and was always practically begging to be picked up. She also laid lots of eggs and was a pretty dependable layer. She was at the bottom of the flock, however, and was easily bullied and picked on, so that's something to keep in mind if you have bullies. All in all, she was one of my favorite breeds!
Reactions: MrFluffyandGirls and ChickenGirl300
Pros: Good layers, cold hardy, some are broody, good rooster, get along with the rest of the flock
Cons: None
Plymouth Rocks are one of my favorite breeds. I have had Barred and White Rocks and have no complaints. They are not an overly broody breed, but I have had a few loyal broody hens. They are great layers, winter hardy, and get along well with a mixed flock. I had one White Rock rooster who was not aggressive and treated his hens well.
Reactions: featherhead007
Pros: He's HUGE
he's handsome
a rescue
Cons: doesn't know his place
throws hens around
messy
bad protector
personally, our rooster is terrible, he's led our hens to die, he pushes them around, he doesn't protect them but he's big. he's not typical of other Bard Rocks, the breed themselves are fantastic but He, is rude.
Reactions: Diana_burns04 and featherhead007
Cons: Non
I love them!! My favorite hens name is beaker!! They are very docile!! The picture that is posted on here looks like my una!! She's the first who layed. I love them!!
Reactions: featherhead007 and ChickenGirl300
Pros: Grow fast, fairly docile, smart- ish
Cons: Kinda loud sometimes, not very affectionate.

Reactions: featherhead007 and Diana_burns04
Pros: So sweet, and cute very funny
Cons: Can get bullied by older chickens
I have two and they are so sweet, cute and funny!
They let me just scoop them up and hold them I love them!
Once when they were about two weeks old one of them caught a worm by herself. Smart Girl! She ate it in one gulp!

If you have them or are planning to get them, know that if you live in a place with trees or rocks around, they have good camouflage. Though one of them is second to leader, the other gets picked on terribly by our Rhode Island Red. But they are very sweet and I love Plymouth Rocks!
Reactions: featherhead007, Cwestlake and Diana_burns04
Pros: Extremely Pretty and awsome egg layers
Cons: Can be bullies to other birds
okay, so heres the thing. I bought them mostly for thier looks and their egg production. But a few months after I got them as chicks and they were feathered, they turned out to look a little weird. Their backs have feathers that are not there and their heads are starting to loose feathers. They have been checked for fleas and there have been no signs of pecking or bulliing. The other breeds that are along with the barred rocks are absolutly fine and they is nothing wrong with them. If anyone has any odeas....Please reply to this message.
Reactions: featherhead007, Diana_burns04 and ChickenGirl300
I currently have 3 ISa Browns, 4 Rhode Island Reds, 1 Cochin, 1 Polish, and 1 Silkie, (plus 2 ducks). I think plymouth rocks may be a nice addition.

I’m looking for gentle, cold weather birds that will get along with my current small flock.
Reactions: featherhead007, Diana_burns04, Papa John59 and 2 others
Pros: Docile, smart, protective
Cons: can be a bully
I'm on my first flock of chickens and I love having a Barred Rock. I heard great things about them and she's been a great addition to our backyard flock. Our BR is our boss lady chicken and she does her best to protect the other girls from our very scary fluffy puppy or other dangers that might arise. She's definitely one of the most handleable of our flock and she's super sweet. She won't come sit on my lap like she did when she was a baby but she'll come running to say hi anytime I'm in the backyard.

Reactions: featherhead007, Diana_burns04, Kloskys Klucks and 2 others
Pros: Excellent layer (6 - 7 weekly on average)
Very docile, sociable, friendly, and calm
Early to average maturing (app. 20-and-a-half-weeks is when mine started laying)
Pretty good winter layer (without artificial light)
Very cold hardy
Cons: Can be a bit of a bully to other birds
I LOVE my Barred Rock! She's a good forager, too. She is the alpha hen, but generally not too mean/bullyish at her mature adult age now.

She's 'well worth her weight in gold;' I do not give my chickens supplemental light--lamps in a chicken coop can be very dangerous, and it doesn't let them have the rest their bodies so badly need during the winter, thus probably shortening their lifespans--yet she laid almost all winter...she stopped at the beginning of January this year, and got back to immediate daily laying...in the middle of her molt...in early February...so took roughly one month off (WAY better than I can say for my other birds, and that's pretty good considering she didn't have excess light...only natural and short daylight). And she's not like my Amberlink who laid EVERY day (and for at least a couple months in a row before taking just one little day off, but getting a bird that good of a layer might be rare), but she certainly frequently lays seven days a week, and sometimes six, 'cause she doesn't lay everyday of the week every week (since she needs a rest sometimes, but still she's my best layer now, followed closely by my Production Red).
Reactions: featherhead007, Diana_burns04, ChickenGirl300 and 2 others
Pros: In my opinion they are the most fun to have.
Reactions: featherhead007
Pros: Tempermant-Mine loved humans, and were very friendly
Good with kids
Good Layers
Cons: Could be a bit noisy
My Barred Rock was the best chicken I ever had. Friendly, and outgoing, she was the perfect family hen, while also producing a good amount of eggs. Good for Houston weather, heat resistant. She rose to the top of the pecking order quickly.

Friendly, and outgoing, she was the perfect family hen, while also producing a good amount of eggs.

Highly Recommend.
Reactions: featherhead007, ChickenGirl300, TLHloveschicks and 1 other person
Pros: Sweet, docile, brave, hearty
Cons: None so far
I'm new to chickens and dove in head first with 6 different breeds. I have to say that my barred rock babies were some of my favorites from 3 days of age! They are all so sweet and never would shy away from me. They loved to be held and to explore without hesitance! Now that I have roosters, these girls stand up for themselves and never stand to be picked on. They are happy in hot weather, not being bothered by it like the rest of the flock. FANTASTIC birds! 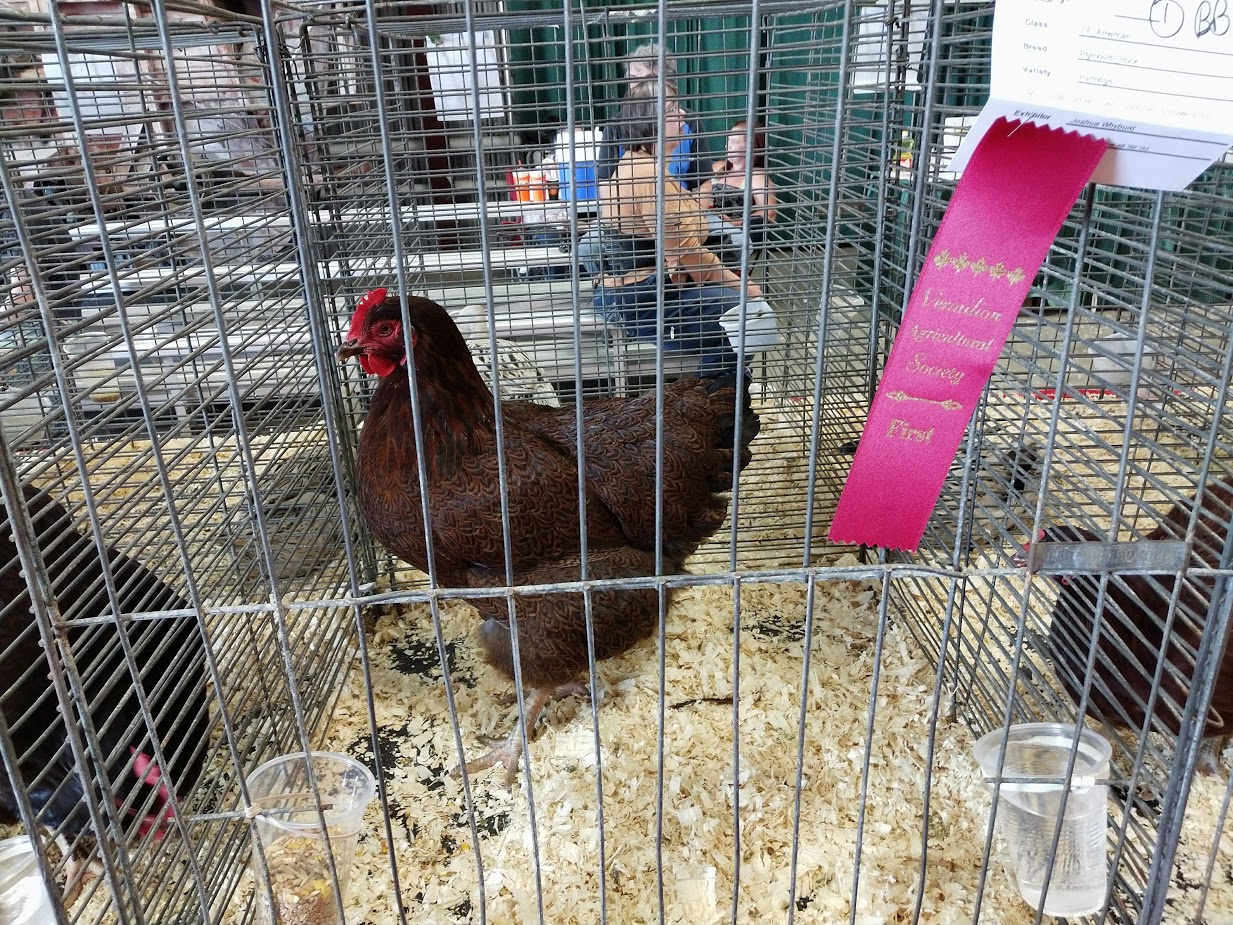 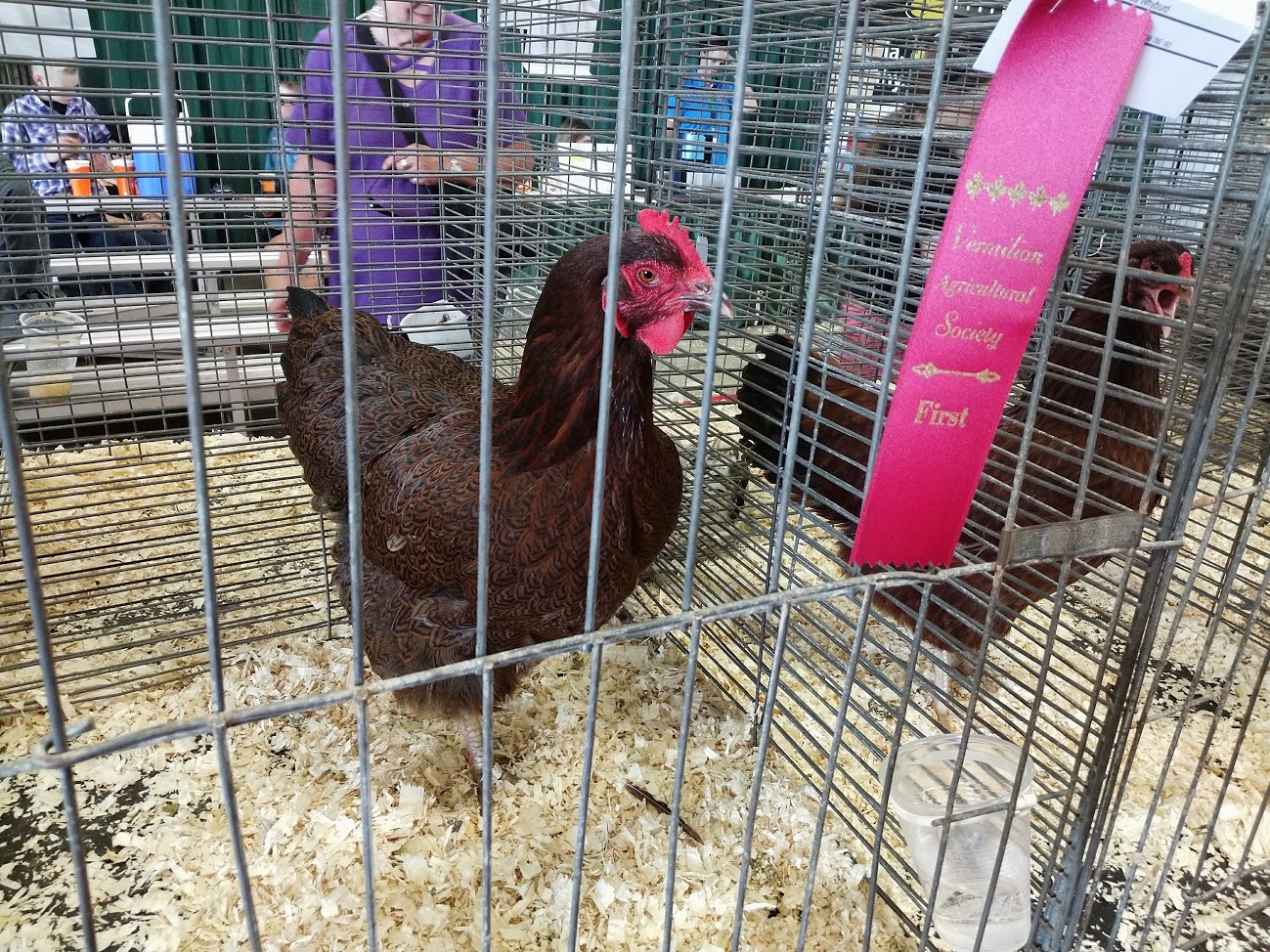 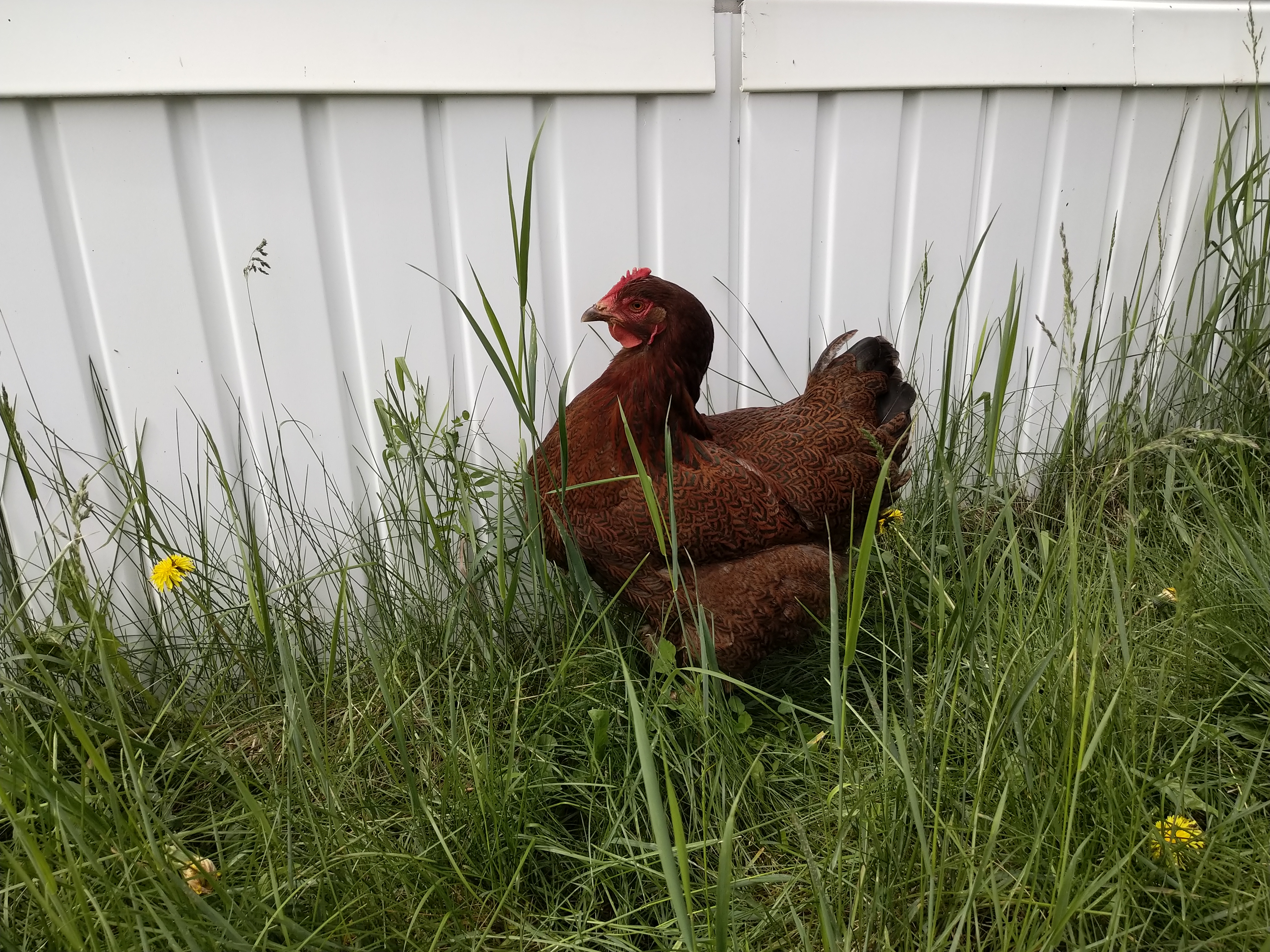 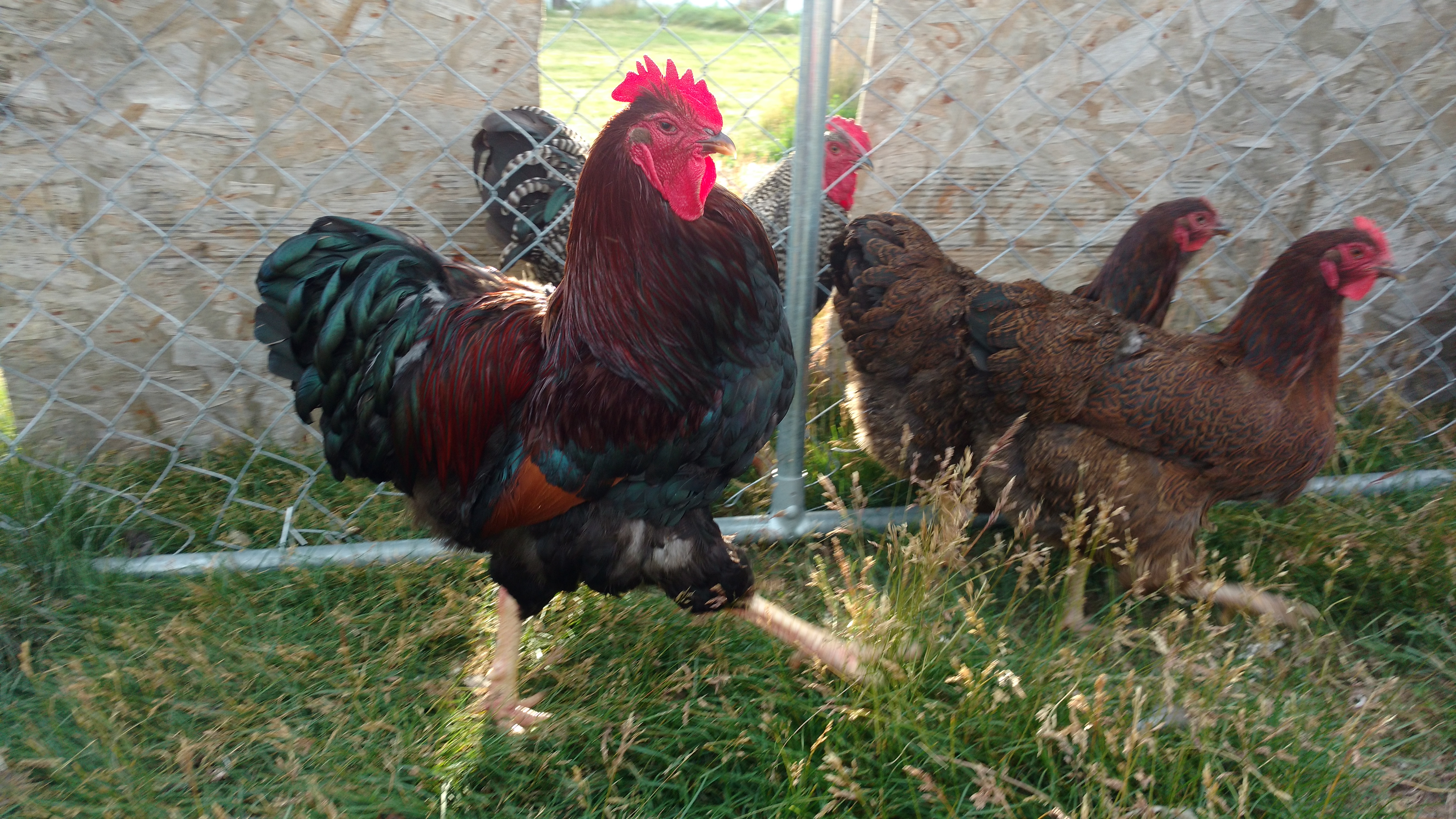 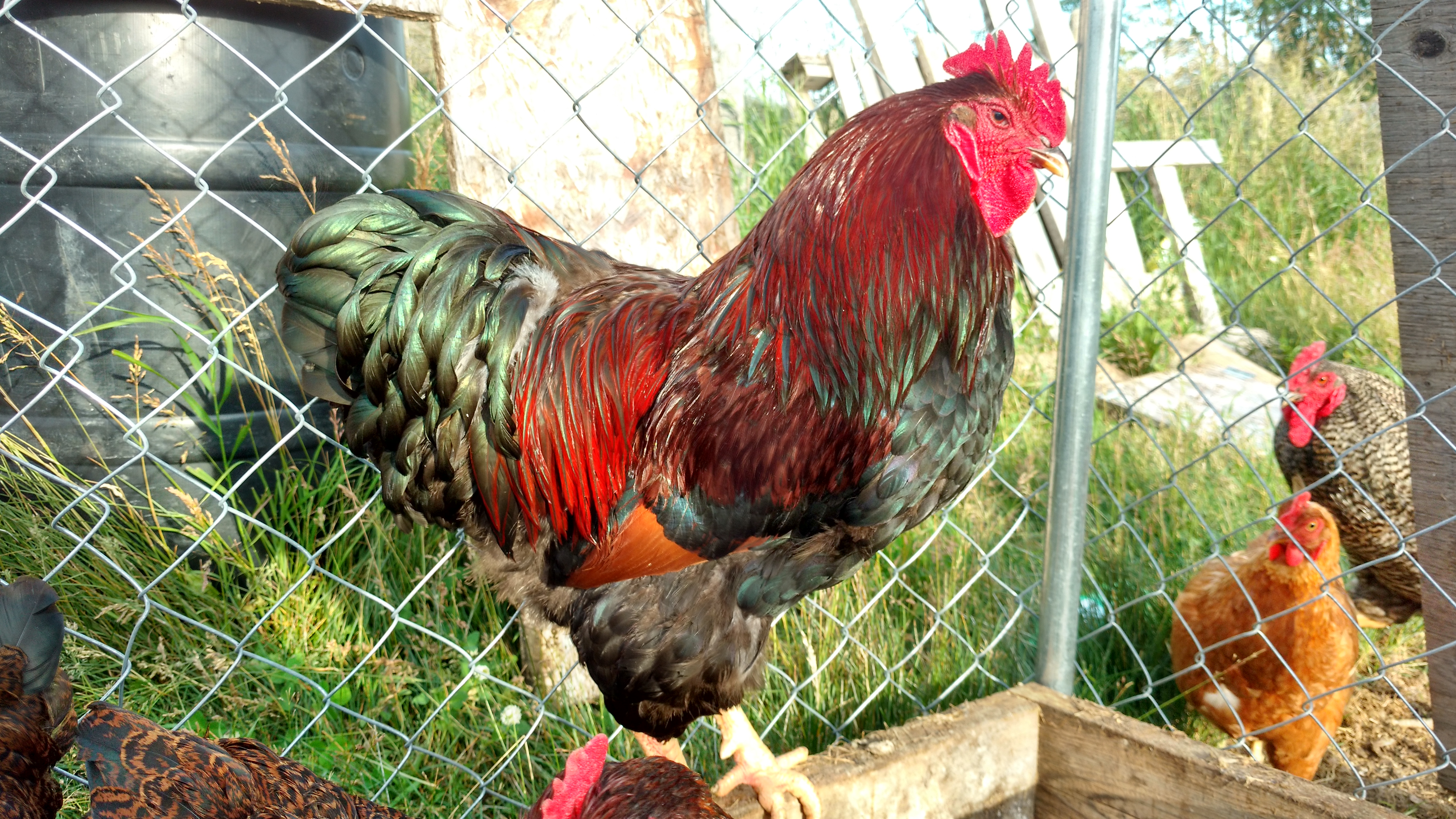 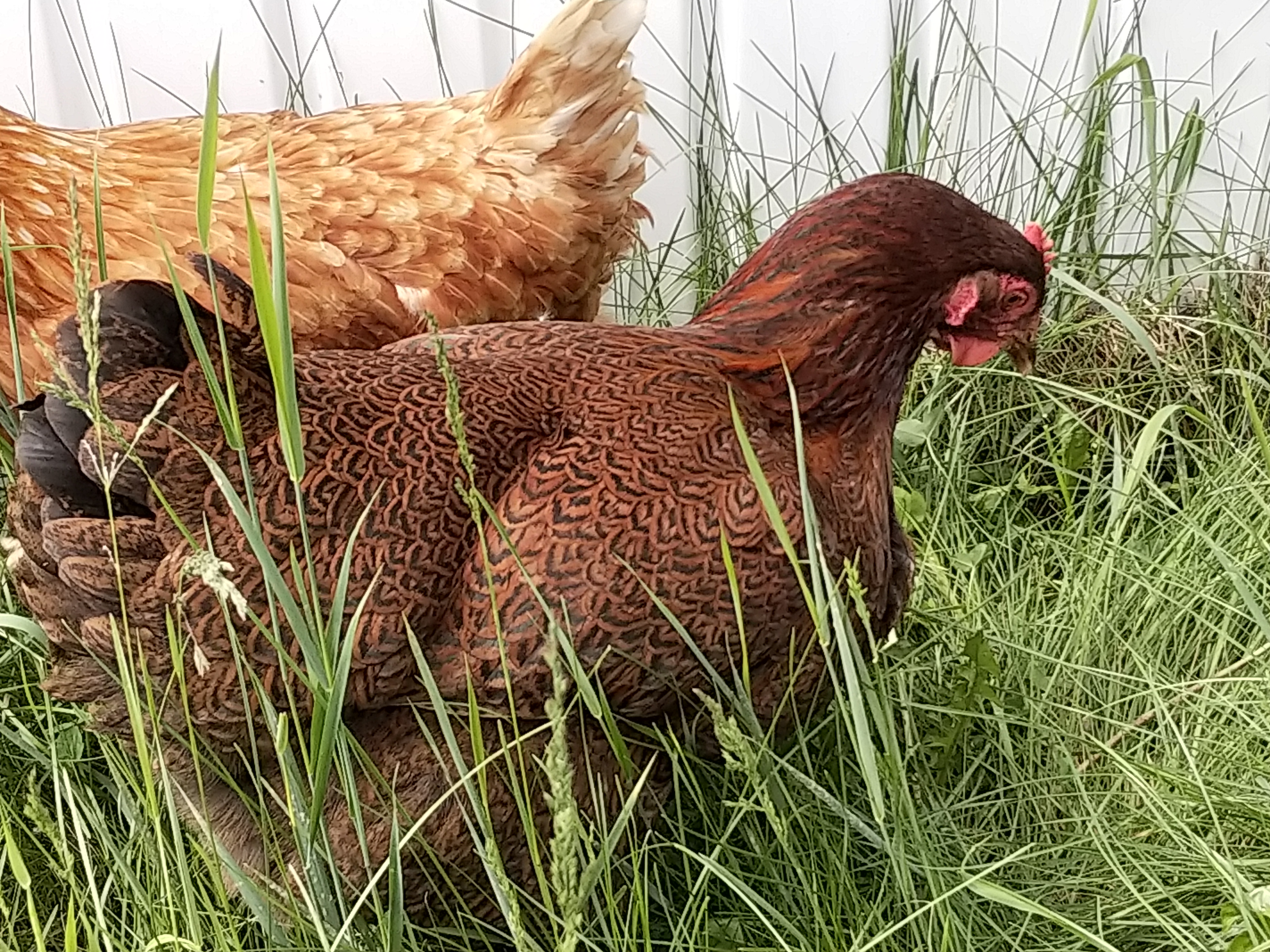 Reactions: flygirl1973, Kloskys Klucks and HennyPenny2019
I like my Barred Rock because she lays eggs for me, and will come and snuggle with me when I lay out in the yard. The other one is not so friendly, and they are sisters.

Reactions: BlackHackle
Pros: Docile, get aling well with others, good egg layers, a bit more savy with predators than some, love the barred variety,
Cons: Can get picked on by more aggressive breeds like Reds
Reactions: ChickenGirl300
Pros: Good layers, sweet
Cons: Loud
When they lay eggs they are REALLY loud, and one of mine always yells at me when I clean the coop. They're nice, though, and good layers. One of my girls goes bloody quite often, however. Super fluffy and nice feathering.

Reactions: Dawnclucks22
Pros: Good starter breed,
Gentle
Cons: not super meaty if from hatchery stock
not super layers, but okay
So I like the barred rock, the kids enjoy them becuase they are pretty docile, I have had some roos that werent so nice from barred rocks,Plan to get some white rocks this year and want to get some partridge rocks as well....for those interested came across this book from 1906......

Pros: Lays almost daily, great at free ranging, and the roosters are Great!
Cons: A hens are little more flighty then some breeds and can be picked on.
I have 2 BPR hens with other mixed breeds all together. They lay well - even with age and love to roam/free range, but they are both at the bottom of the pecking order and can be picked on. My last two roosters, however, (before my current now) were both BPR. They are in my opinion the perfect rooster. Both roosters sadly died defending the hens whom were all safe and accounted for each time. They are only aggressive when they see fit. My large dogs were attacked a few times for disrupting the hens EX: being hyper directly next to them or bursting through the calm hens while they ate. When I say the dogs were 'attacked' he just jumped at them once with spurs (no blood) to tell them to knock it off. They are great roosters with kids! They are not so good with small dogs. I can't help to laugh still, but I have a long haired miniature dachshund who was assaulted by my BPR rooster multiple times. Its not the roosters fault though I feel, as the dog is short and has a long body and could easily resemble a mink or weasel in a roosters eyes. I swear the rooster would go out of his way to find my small dog, but that also shows the rooster is brave and intelligent to know my small dog would be around.. After all the rooster didn't know he was a dog.