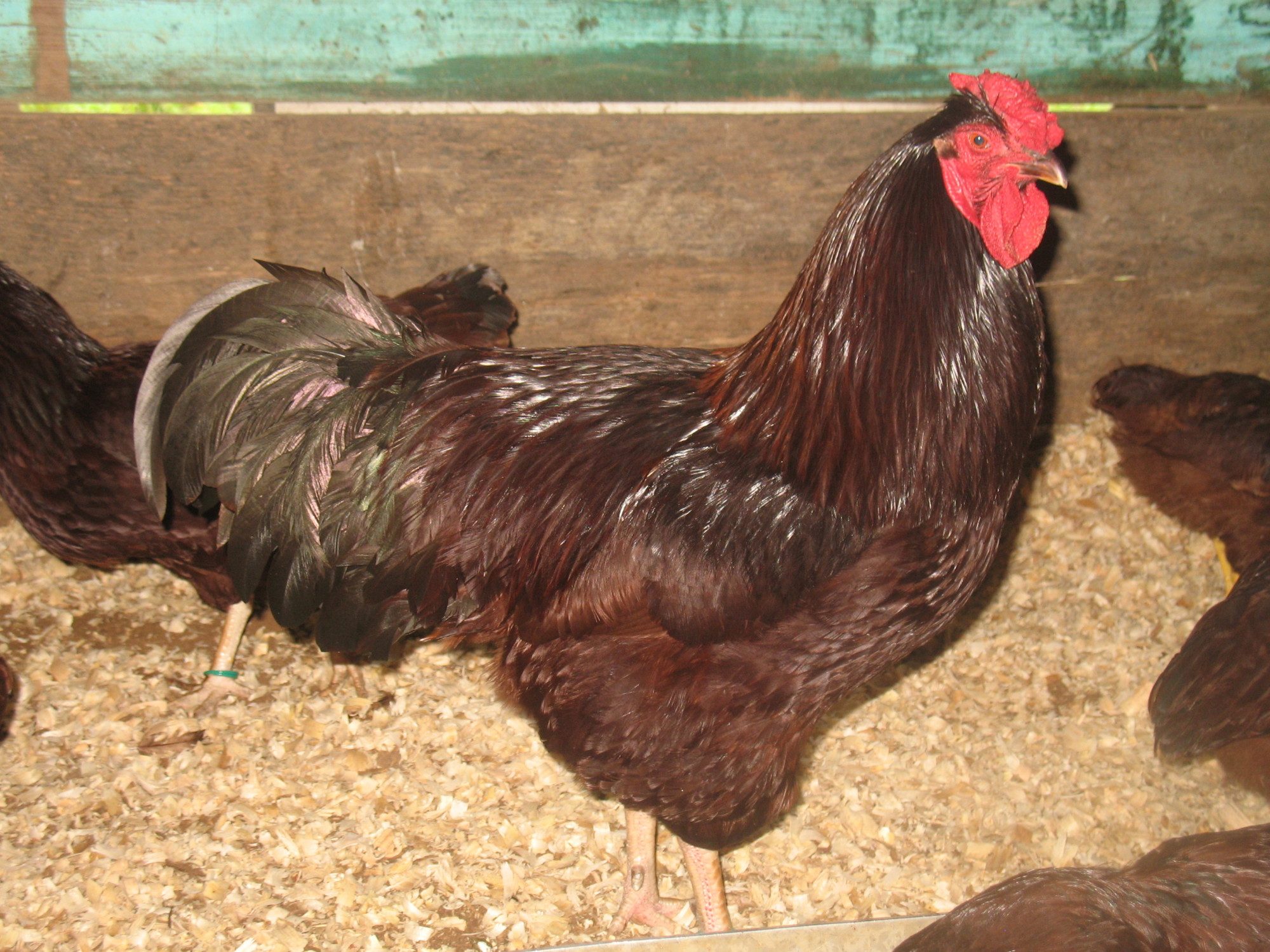 Rhode Island Reds are one of the most popular and oldest known breeds of chicken and was developed mainly in Rhode Island and Massachusetts in the mid 1840's.
Overview Reviews (314) Gallery
Leave a rating

Breed Colors/Varieties
The Rhode Island Red is only recognised in Red. 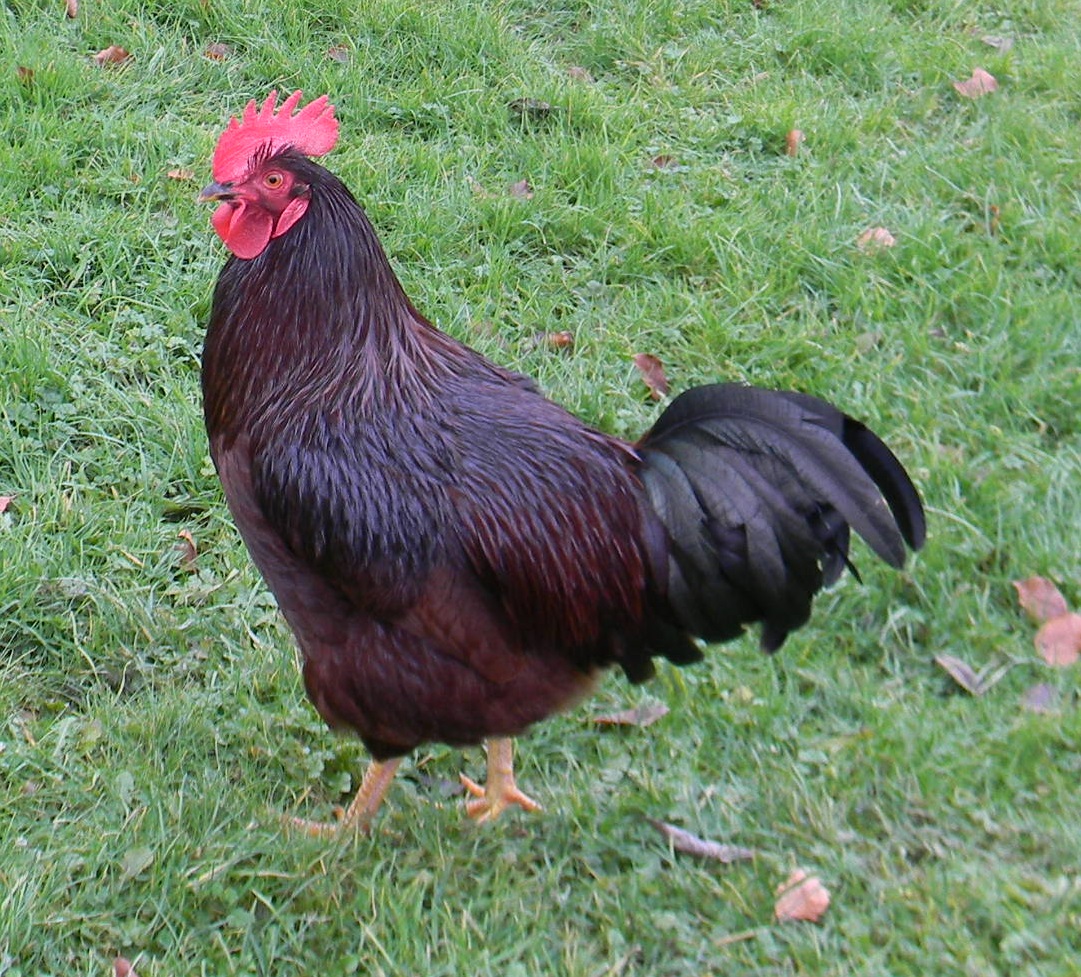 Most often when one thinks of Rhode Island Red they are thinking of the Large Fowl Rhode Island Red, as it is one of the oldest known breeds of chicken and was developed mainly in Rhode Island and Massachusetts in the mid 1840's. The first birds were bred in Little Compton, RI with the use of a Black Breasted Red Malay cock who was imported from England. This Rooster can actually still be seen on display in the Smithsonian Institution as the father of the breed.

The breed was accepted into the American Poultry Association in 1904.

The breed was developed to withstand the harsh New England winters and be a very hardy bird who produced hens with excellent large egg yields and who also would dress out well and look nice on the table, a true dual purpose bird. While the names and places of origin are the same, the Rhode Island White is actually a distinct breed separate from the Rhode Island Red per the American Poultry Association and will be featured in another Breed Focus thread.

The Rhode Island Red breed comes in both large fowl and bantam size and and single as well as rose comb varieties can be found readily. 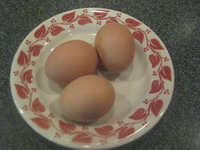 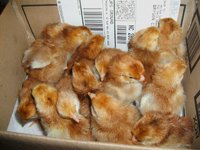 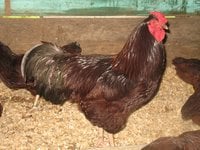 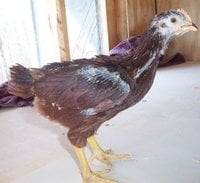 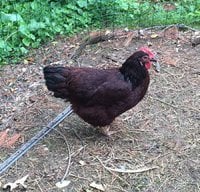 For more info on Rhode Island Reds and their owners' and breeders' experiences with them, see our breed discussion here:

They seem to have their own, amazing personality

Sometimes are unfriendly (but not in my experience)
We had a beloved RIR hen. Her name was Ponyo. A few months ago, she unfortunately passed away from reproductive cancer.

We had tried everything we could to save her; originally we thought it was egg bound. We gave her calcium pills, brought her inside, fed her scrambled eggs, oatmeal, yogurt, and electrolyte water. We even ended up tube feeding her. Unfortunately she didn’t make it.

Sadness aside, she was always fun and quirky. She would jump onto our lap, beg for treats, and just was an overall great bird. She didn’t bully the others, but she could have just been more unique. Again, she also laid a whole lot of eggs (sadly this is probably what led to her issue)

I would recommend them for anyone, but as some can not be as nice (what I’ve heard from others) if you want them as pets, the Rhode Island Red might be to aggressive.

attached are pictures of her during her illness. (She sat on my lap and watched a video.)

Reactions: WalnutTree
Pros: Very majestic
Great egg layers
Good for all weather
Cons: Not very friendly
Roosters are VERY aggressive
I think that Rhode Island Reds are an OK breed, but in my experience, they're not too nice, which doesn't work well if you don't want to get spurred by a rooster. While they look very nice, and even lay a lot of eggs, their temperament just bothers me.
Reactions: WalnutTree
Pros: Lays brown eggs all year long, is a winter layer. Very friendly, curious, and smart. Beautiful red plumage.
Cons: Can be aggressive to those lower in the flock.
Hands down, I love this breed. My RIR lay brown eggs all year and straight through winter on all but the coldest days, and she doesn't require any supplemental lighting, so if you want brown eggs in the dead of winter, this just might be your breed. My RIR is very friendly and will run up to me, almost begging to be picked up. She'll happily jump in my lap to be petted. She's also very curious, which can occasionally lead to mischief, but she's always the first to try something new. While she can be aggressive to the other birds, I think that all in all, this breed is a great addition to the flock.
Reactions: ChickenGirl300
Read more…

Actually, I am unaware of Mean Roos in this breed, unless of course they are " Hatchery Stock "
The big eggs is why I purchased day old RIR chicks. But I don't seem to have a big social issue with my older RIRs. True they are a lttle bit stuck up, but I have Buff Orps also and they seems to get along okay and the Buffs are almost, ALMOST too friendly.
RIR are very stubborn as chicks. If you work with them everyday, they become more welcoming. I brought my RIR snacks everyday and talked to them, now they come running when they see me and have great personalities.
RIR are great birds for the person who doesn't have time to "baby" a chicken. They are some what flighty so you don't have to worry about them freezing when they see a predator. They lay great and become good company as the age.
I concur with IowaHeritage. If they are bred from bad roosters, they really don't have much of a chance. They are no more aggressive than other large breed roosters. For example, my Barred Rock rooster is extremely friendly, when their breed is just as well known for aggressive roosters as RIR boys.
You really must have gotten bad stock..
They were both from different stock. The second hen was from a show breeder... The first hen I thought was bad stock, but when I got the second one and had the same problem, I knew it was something else. I'm sure not all of them are as aggressive as the ones I had, but they are generally accepted to be a highly bird-aggressive breed, here in the US at least. In my opinion, due to sloppy breeding only for egg production.
Pretty <3
That squat isn't a defensive posture it's a posture of submission. They're basicly letting you know they're ready to be treaded [mated].
we bought 25 2 turned out to be roosters,we love them and baby them we got our first baby egg yesterday,how exciting,we cant wait for more ,you are right they are spunky,we have a 6 ft fence and they fly up 2 the top and jump out,i will try the idea about shaking the corn kettle,in all we have 39 do you keep your laying mash out all day long?we do are we overfeeding,,,,with best regards sue and curtis
Sue--Six foot fence! Ugh! I'm so glad you told me--ours is 3' and I was only going to double it. Perhaps instead we will try curving the top in. Our hens have a covered small run, then a "sometimes" area we call the "playground" which is not covered--and that's where they escape from.
NYREDS--cool knowing about the breeding squat. We thought it was so they would look bigger to hawks!
The Rhode Island Reds are the best egg layers that we have. They're cute too!!
I'm so jealous, our RIR are flighty and shy... but so fantastic to look at.
Pros- great egg layers, mature early, cold-hardy, adequate foragers, attractive birds, large (light) brown eggs
Cons- aggressive, flighty, loud, prone to bad behaviors (egg eating, feather picking, resource hoarding, bullying others), small carcass with poor to fair breast development
A good production bird, but not a great addition to a mixed flock.
Thids breed needs a lot of space, in the coup and out, how many birds did you have? Were they all healthy? an\d the coop size? roost space? rooster? How were they added to the flock? did they kill previously aggressive birds? etc.
Yes, I know. The coop was 64 sq. feet of floor space, and probably about 200 sq. feet in the run. At during the time there was 6 hens and two older cockerels, they attacked my GLW rather severely and my Australorp. However they managed to defend themselves after that. I started giving enrichment and daily free ranging over our 2 acres, put in another feeder and waterer. The cockerels were rehomed, due to their size, and I added 7 older pullets to the flock via free range, which still had me at over 4 sq. feet per bird. Again, 4 of the docile pullets were attacked. I separated them for some time, let them heal up then re-introduced them. Again, they were attacked. I reprimanded the RIR quite severely and put them in isolation for a few days. After re-introduction, things went smoothly. The next day I walked out, and one of my EE's was dead and half eaten. A few days later, I walked out to see the RIR's attacking, viciously, my buff brahma - basically eating her alive. I was too late and she died that night. I got rid of them as fast as I could. Then I got rid of the GLW, SLW, and BSL because they were still aggressive - though they didn't kill any more birds. After that, everything went to normal. My birds were happy and all was swell, even when I again added more birds - 2, 2, 10, - until I have a final count of 12 after selling birds or loosing them to internal laying, foxes, and hawks or selling them due to aggressiveness. Even when I had more birds than I should have, even some sex links in the bunch, I never had any more severe attacks or deaths.
I love my flock of RIRs. They come running when they hear the back door open, and lay straight through the winter. I have 21 hens and average 16-17 eggs a day and its the middle of February.
I love my RIR! So inquisitive, friendly, pecks lightly, compared to the SS who draws blood, she is so enthusiastic! And talke about great layers...wowie, she is the best I have. Give me more RIR!
My RIR Ruby is a great bird! not aggressive a good layer of big eggs right up until the end of Jan here in the UK and also likes to go broody which I hear is rare in this breed?
who ever told you that was wrong in our experance rir are very aggressive.an not very friendly.