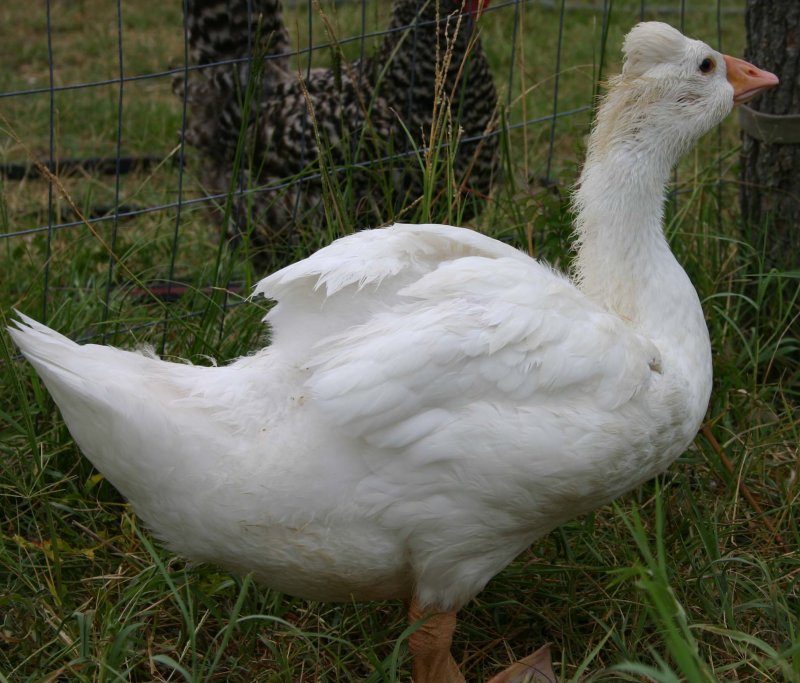 Breed Colors/Varieties
White, some have gray on their heads.

It is rumored that in 365 B.C. when the Gauls attempted to break in and attack Rome during the night, it was the Roman Goose (not Roman Tufted) that sounded the waking alarm that eventually saved the city. That breed is very rare in north america and more common in europe, the Roman Tufted Goose (RTG) is common in North America. Roman Tufted Goose also called White Roman Tufted Goose is sometimes considered an ornimental breed. It's development was most likey in the Danube River Valley (its a river that originates in the Black Forest in Germany,the Danube flows southeastward for a distance of some 1771 miles, passing through four Central and Eastern European capitals, before emptying into the Black Sea.)
Share:
Reddit Pinterest Tumblr WhatsApp Email Share Link