Anybody?!?!?!? I got these chicks a week and a half ago at TSC. They are all roughly the same age, however, I have one that for some reason isn’t feathering out and isn’t growing much. She was smaller than the others when we brought her home and almost didn’t make it, but now she is happy, eating, drinking, and playing like the rest. I have tried a little nutridrench but still she has little feather development or growth. Any suggestions? 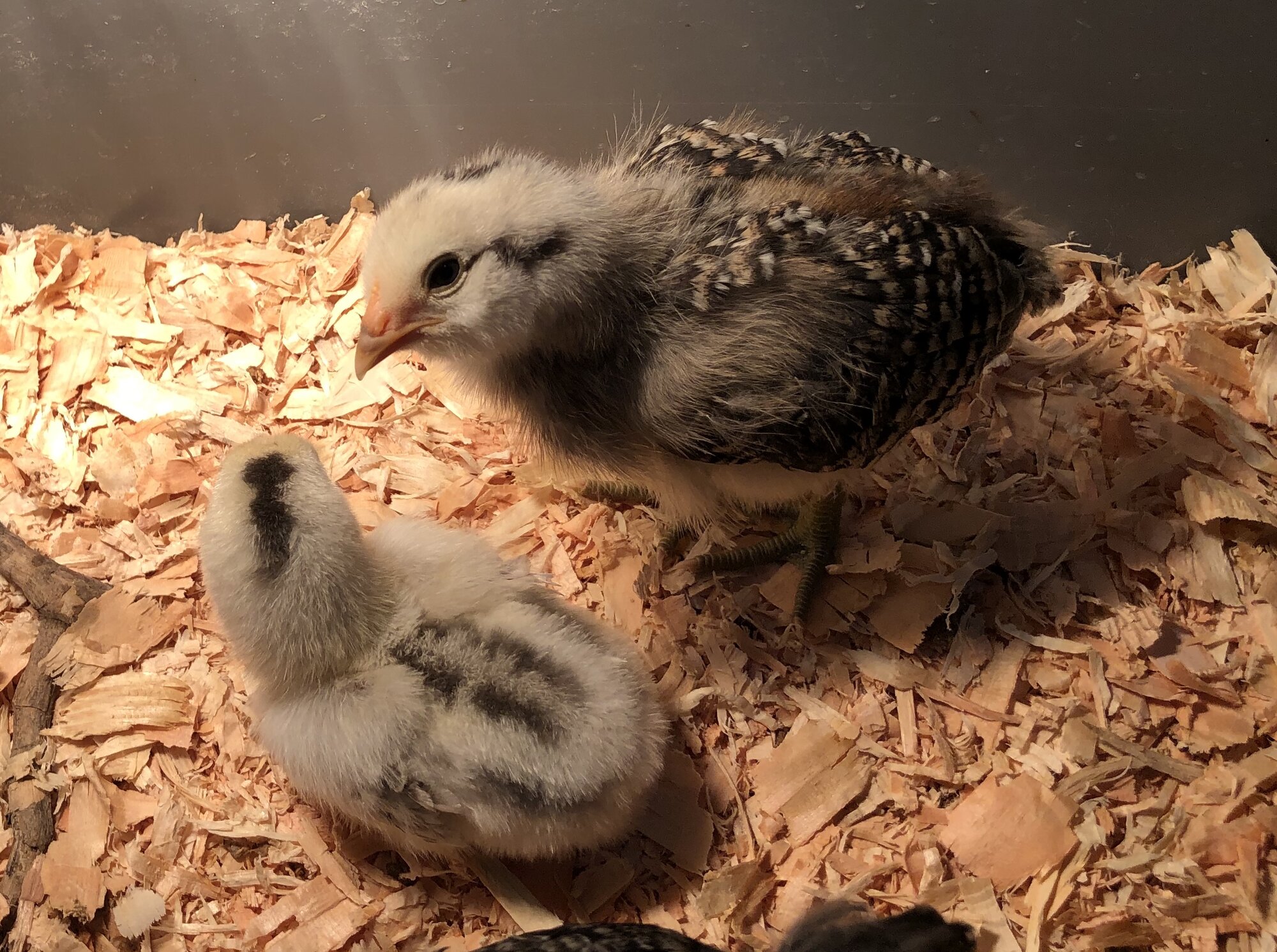 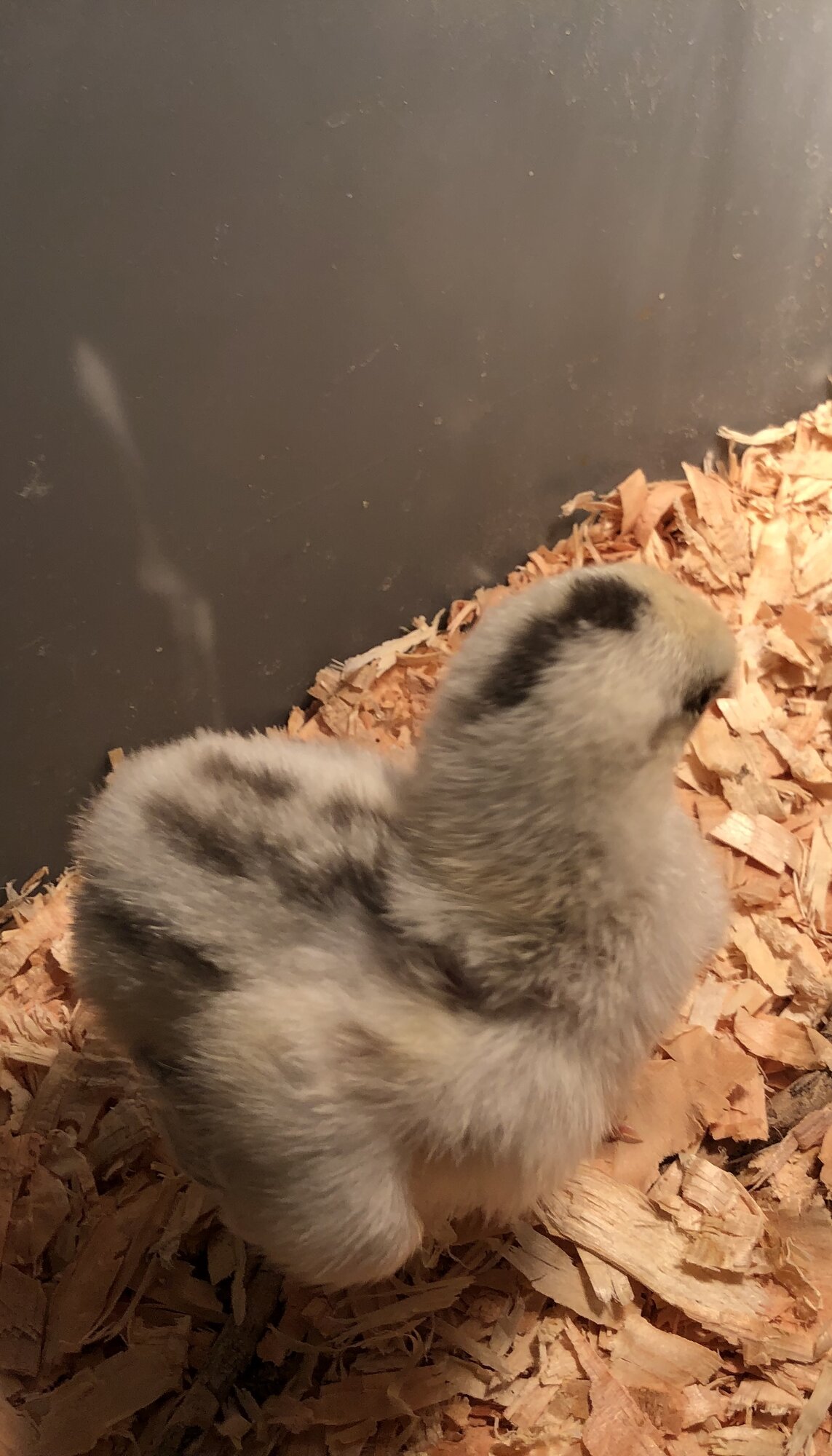 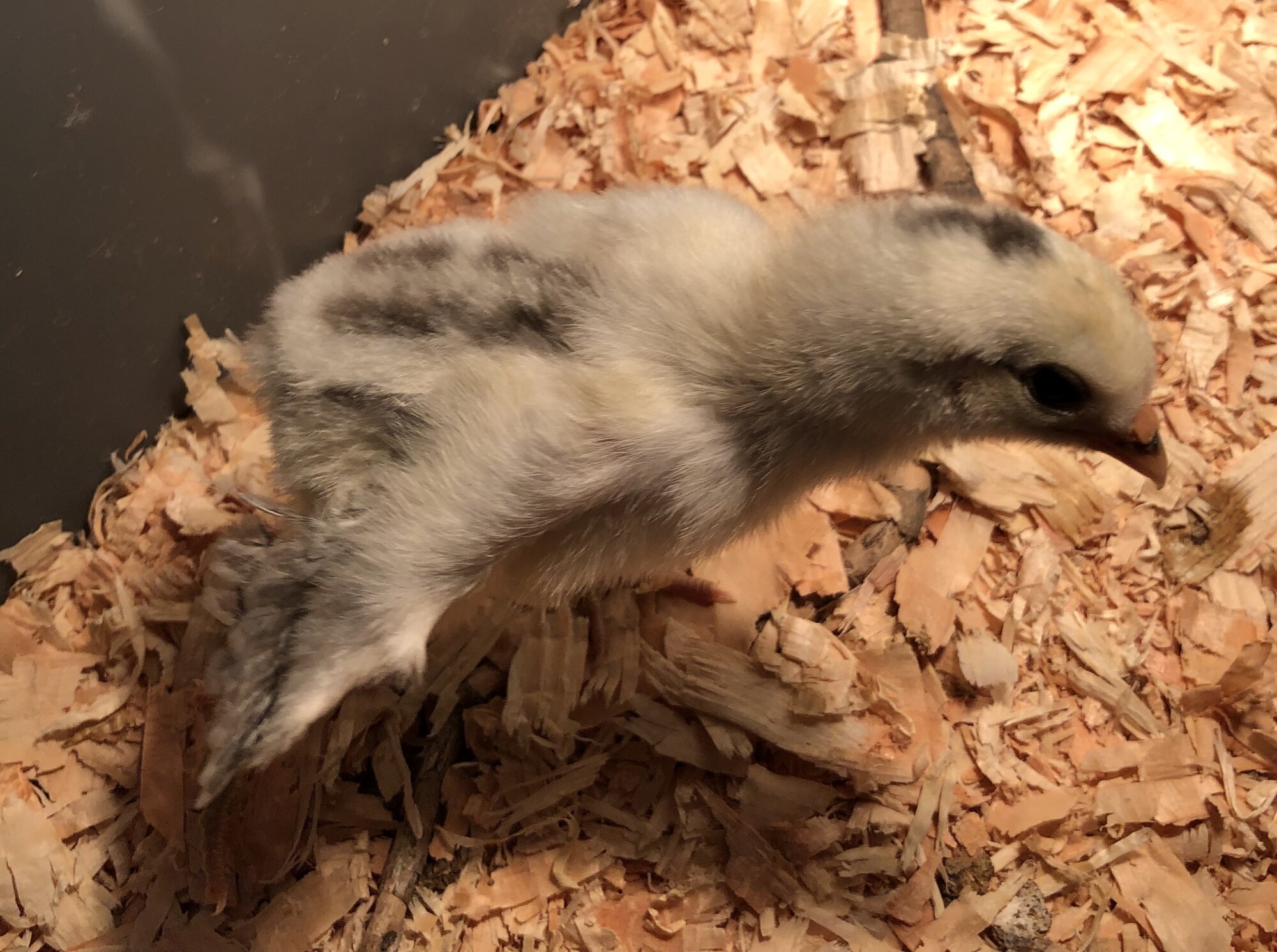 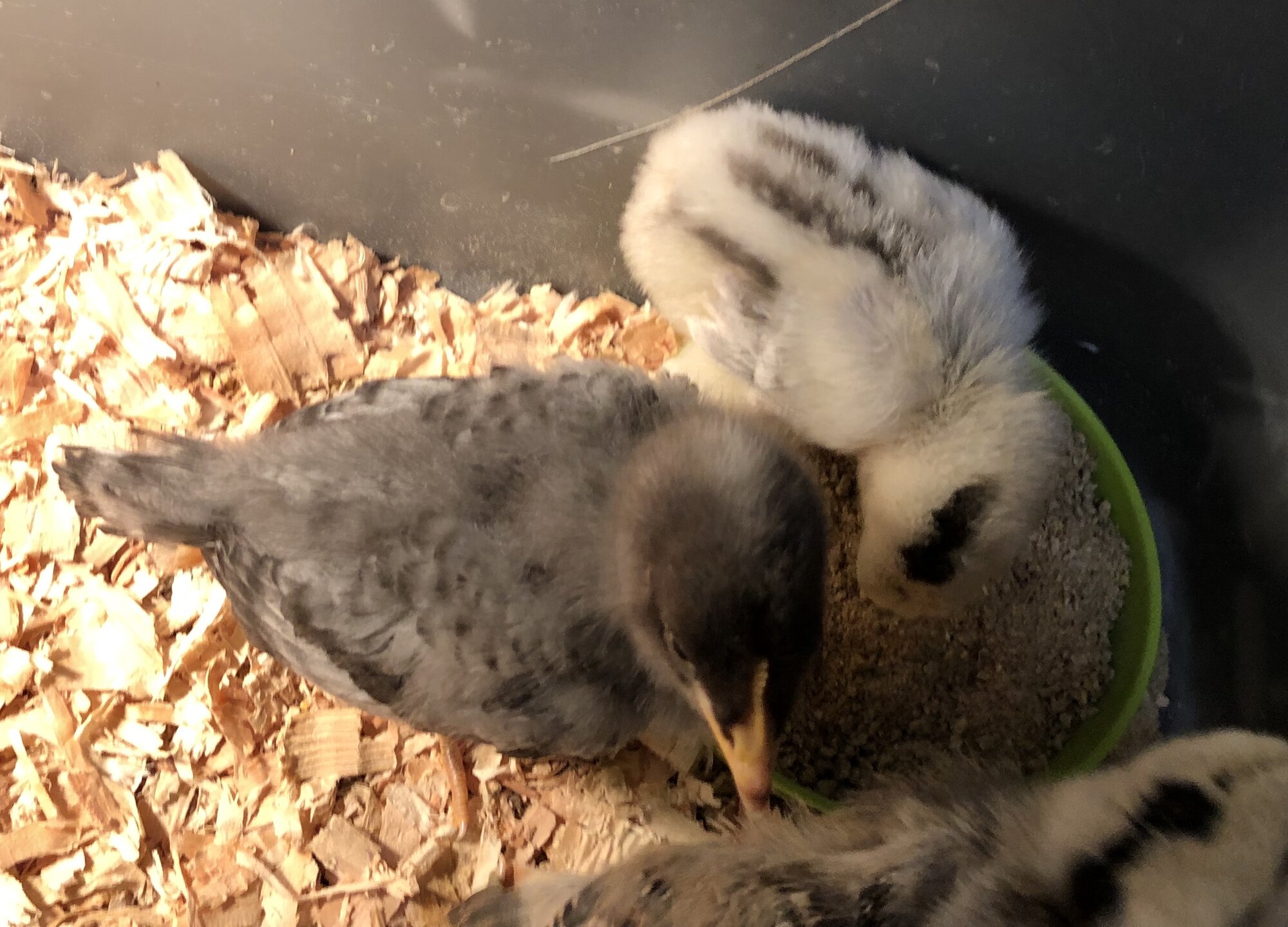 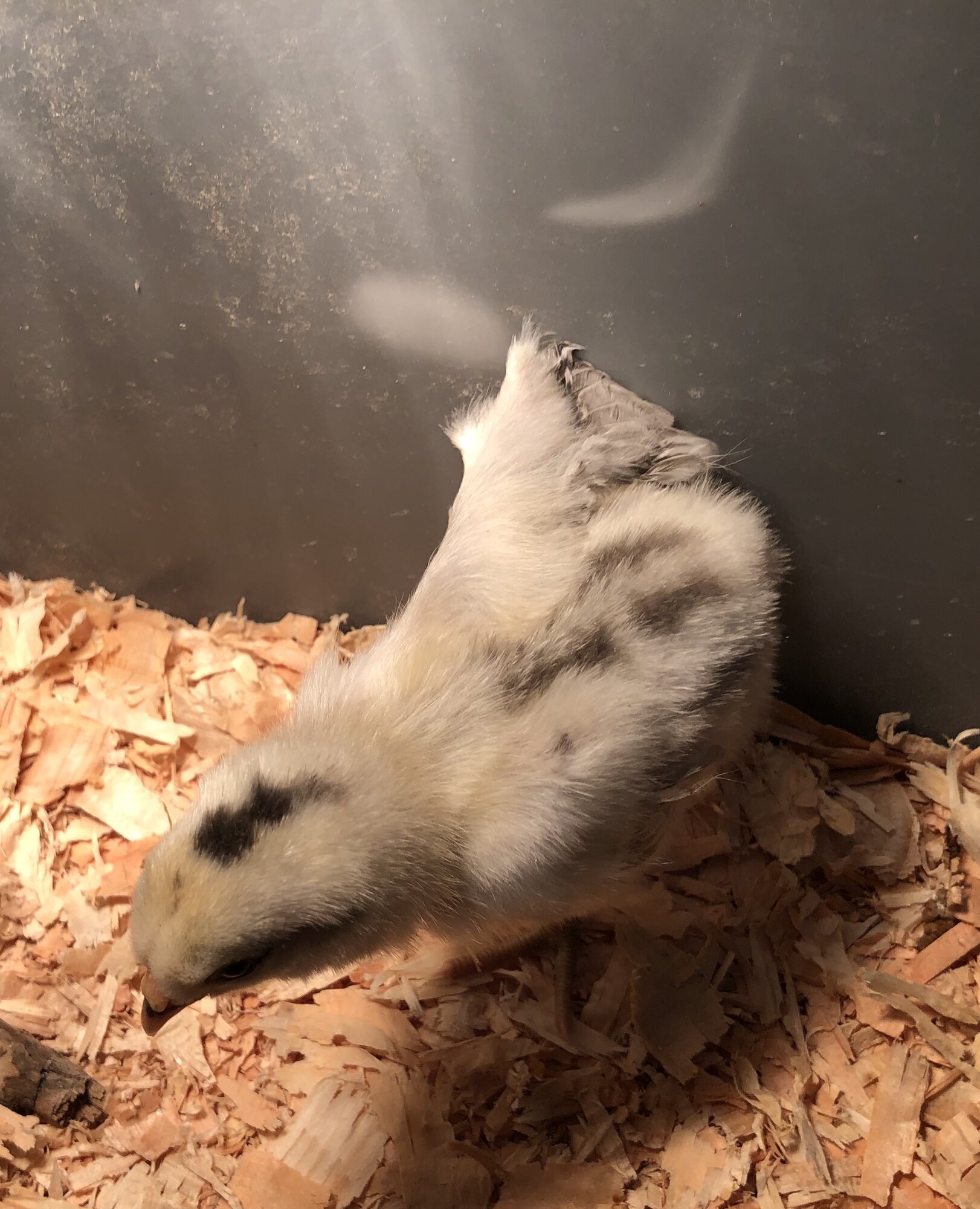 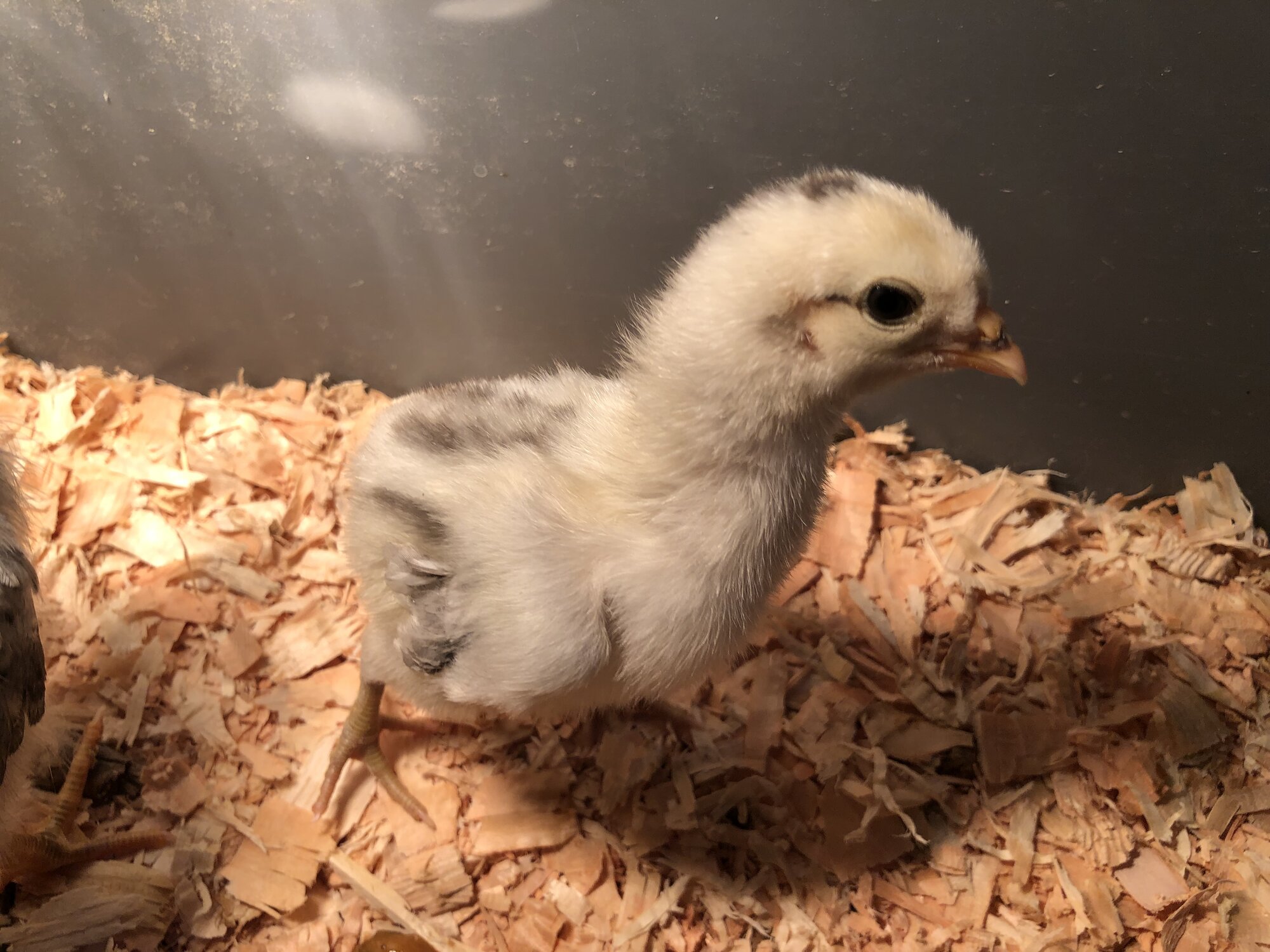 Are you sure it’s a girl? Sometimes hens feathers grow quicker than cockerels feathers. I’m not sure at all but maybe look up some answers about feather growth rates in chicks, something might come up? I really hope the chick will be okay, it’s so cute

It's very hard to say. TSC is notorious for mixing chicks, and that one may actually be younger, or even be a bantam. Some chicks do fail to thrive, and it's hard to say why. Could be something during incubation, hatch, or an internal problem that isn't obvious. If it's eating and drinking and acting normally, then I would just give it time and see what happens. As long as it's safe, not getting picked on and not being kept from food or water, then time may be all you need. I do see some small feathers coming in, so maybe that one was just younger than advertised (or the others were older - maybe held over from a previous shipment).
A

Thanks everyone. To be honest, no I’m not sure if it’s actually a she, what breed she is, or rather or not she was younger or Bantam. She was in a bin of “pullets” barnyard mixes that were supposed to be full size birds (they had a desperate bin for bantams) and that were all supposed to be between 1-3 days old. But the employees there were not very helpful and didn’t know much about any of the chickens there. Hopefully he/she eventually catches up. I wouldn’t be concerned if she was growing at the same rate but not feathering at the same rate as the other or vice versa, but the stunt in progress in both is what has me concerned for this little one.
You must log in or register to reply here.
Share:
Reddit Pinterest Tumblr WhatsApp Email Link