Trying to get some pictures to show on here... my first atttempt 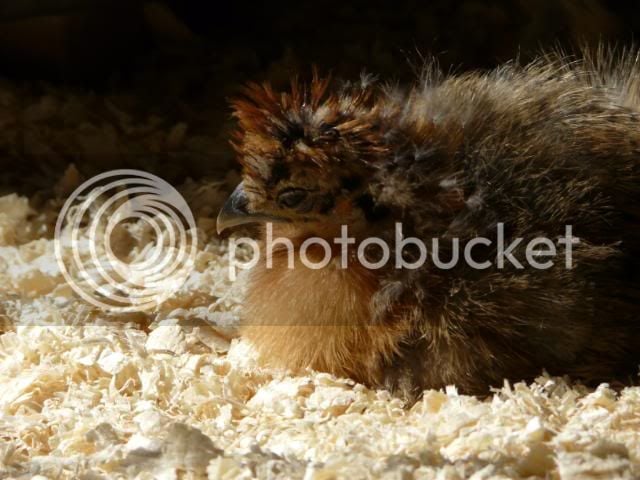 That looks like a red or partidge silkie to me? The hair fuzzy and all. As for sexing, WAY too young for that still I think.

I'm still figuring out how to get pics to actually show on here...I'm uploading to photobucket as we speak.

I know we have 2 silkies, but not really sure what the colors of them are supposed to be...and we have 5 others, not exactly sure what they are, but as soon as I can get photos up I'll show ya!

Let's try this ... *crossing my fingers* 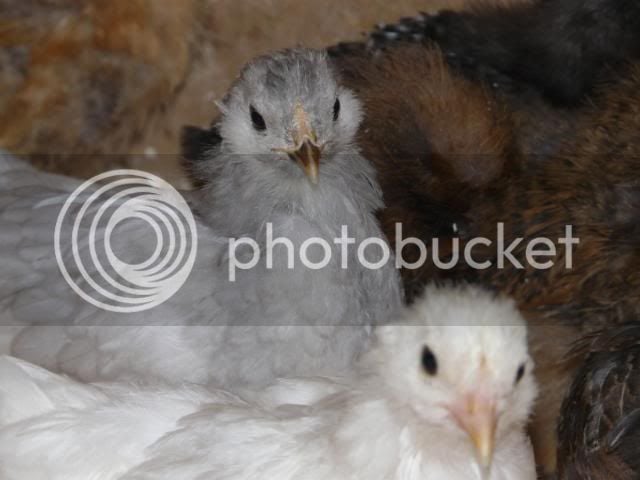 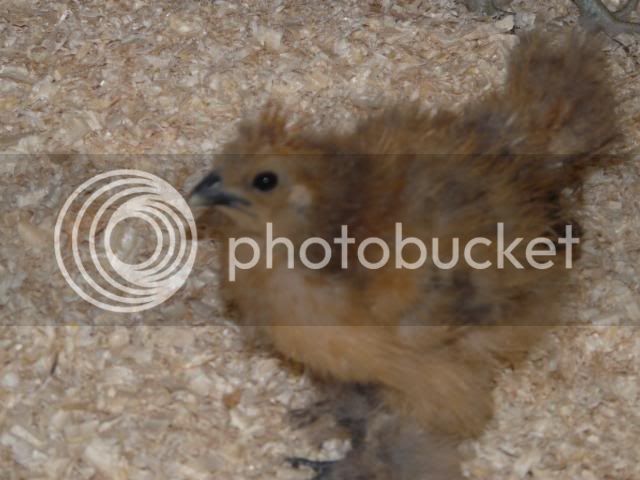 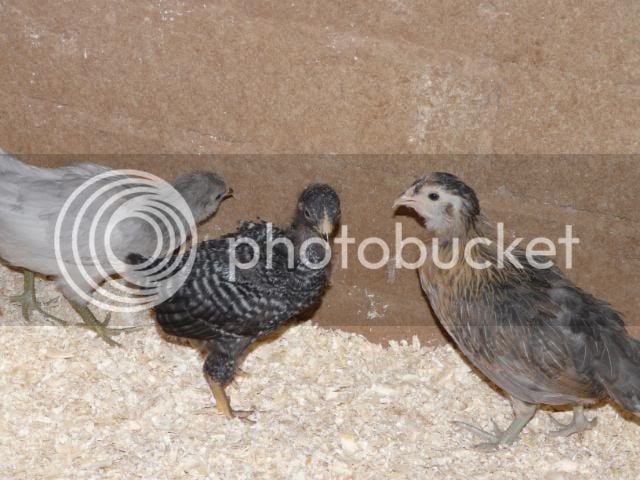 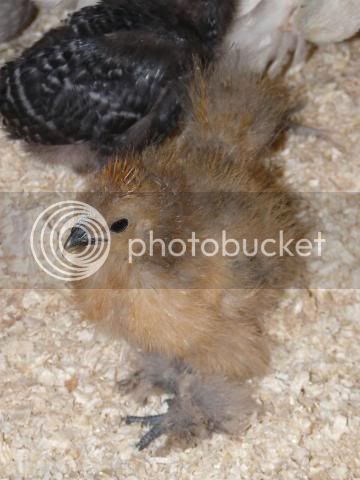 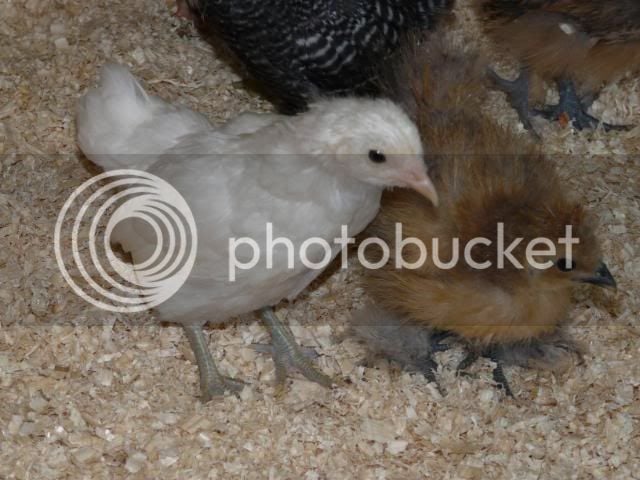 What color / type of chick could this be?? She's very pretty, whatever she is! 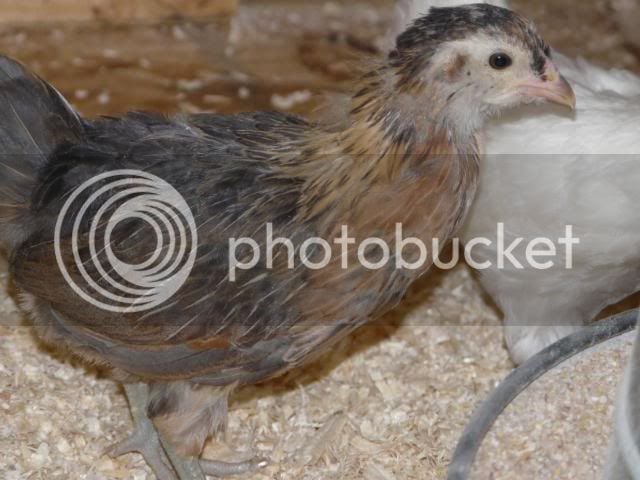 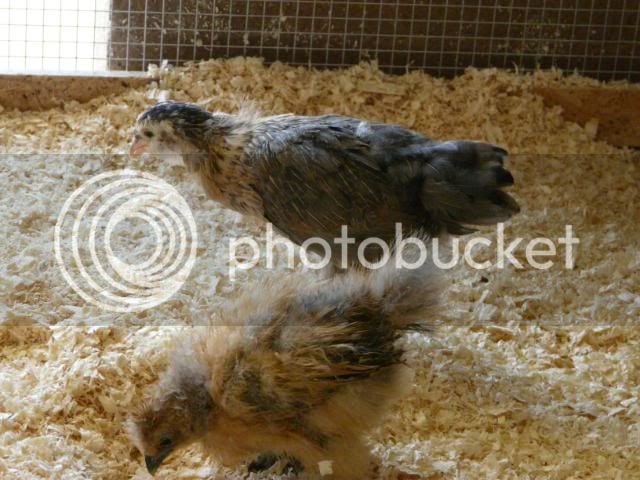 gery/lavender is a n Ameraucana

the black and white is a female barred rock

dont know about the others

The white one looks like an ameraucana. Does the lavender one have green legs? Might be an EE. The buff silkie will be quite "dirty" in the tail and wings - it may be crossed with blue or partridge based on the foot fluff coloring.

Is the grey/blue one a blue splash, or lavender or ??? She's my favorite

Her name is Sassy, because....well, she is! She DOES have green legs, and the white one does also.

I kinda thought the black ones (we actually have two of those) were probably Plymouth barred rocks...they are just so much smaller than the others and developing more slowly, I wasn't sure if they could be something else?

The silkies....one was a partridge colored chick as a baby (I mean she had the definite striping on her back) and the other actually started out as a light grey chick.

The one who is a mystery is the multicolored brownish one. She also started out being "stripey" on her back as a chick, but they were fainter stripes than the silkie. She's definitely the largest...we are calling her "Big Mama".

She also has green legs, I believe.

What colors are my seramas?