I just wanted to share some pics of "Mack" our Award winning Narragansett Tom we got from a great lady know as Vicky Coleman, not sure if she is on this site.
Her son a very nice and polite 10 year old had entered this Tom into the Junior category, meaning a special award category for the younger crowd, I think it was like 16 and under.
Well not only did his tom win, this was the third year in a row this proud young fellow had held this title, three years three different toms and three 1st place wins... He is doing something right.

I purchased him back on the 26th of September, at a poultry show and sale, He won a few awards and was the nicest turkey there and a breed that My father and myself have been after.

Mack and his awards 1st place 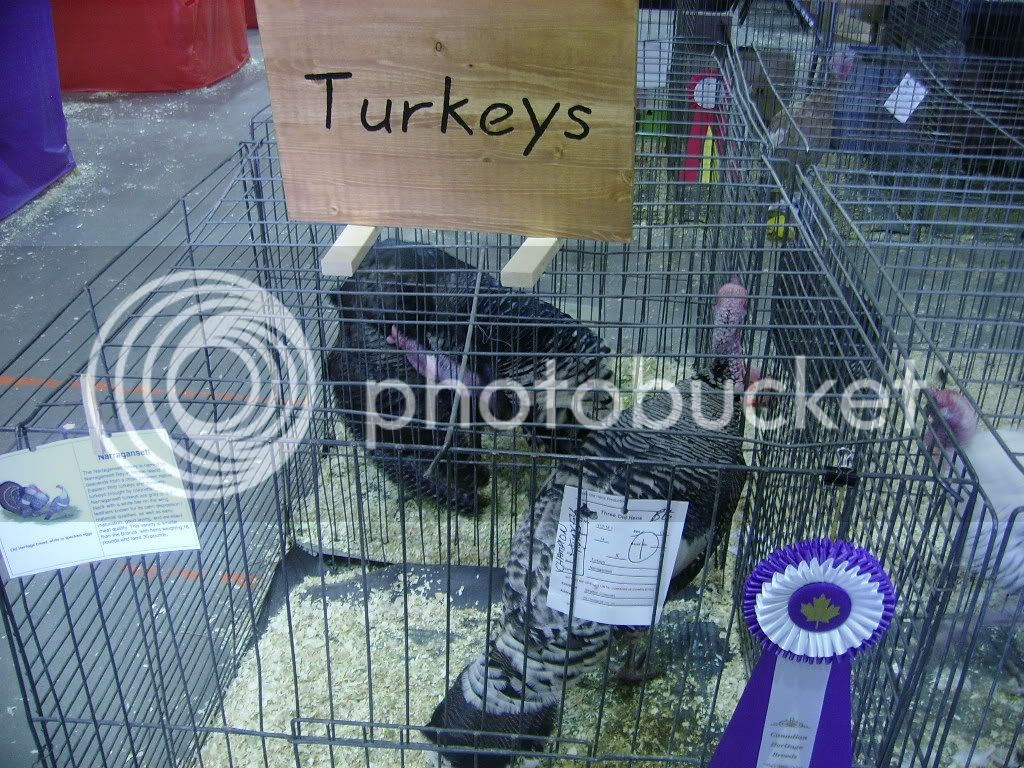 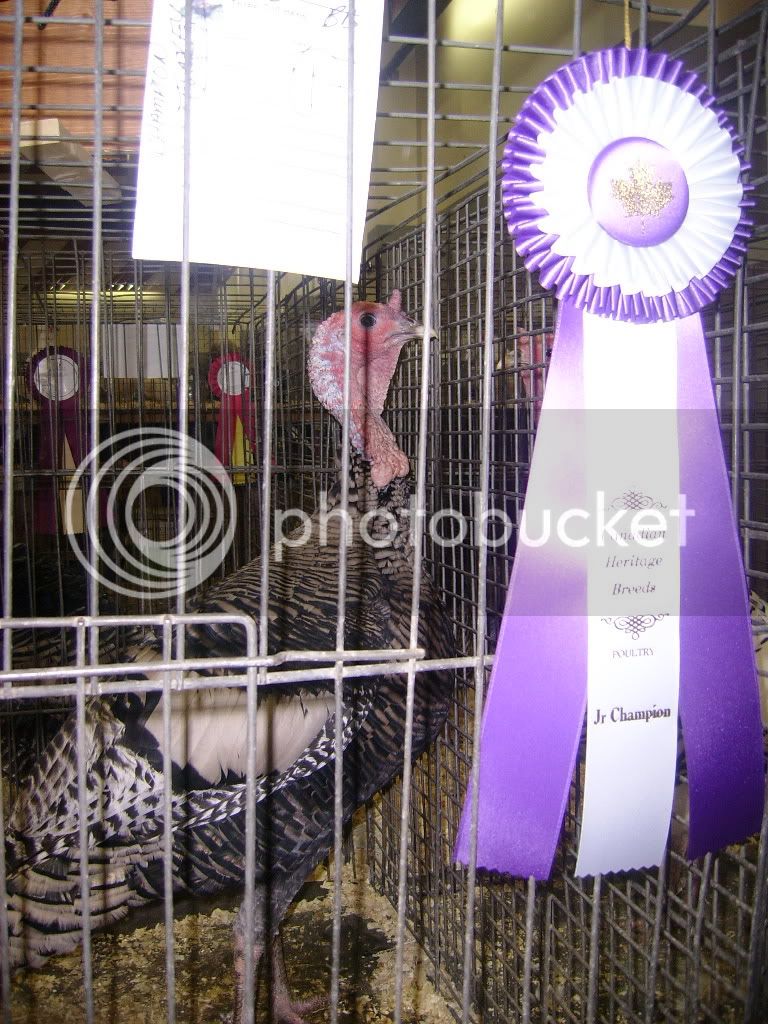 Jr. Champion means that the person who entered the turkey was under 16 years old.

Over all Mack also one best of Breed, best in Category and Best Turkey overall at the show..... So we just had to buy him....lol


After a few weeks in lock down, quarantine..... We moved him into his new home on Canadian Thanks Giving... and he was a very Happy turkey.... 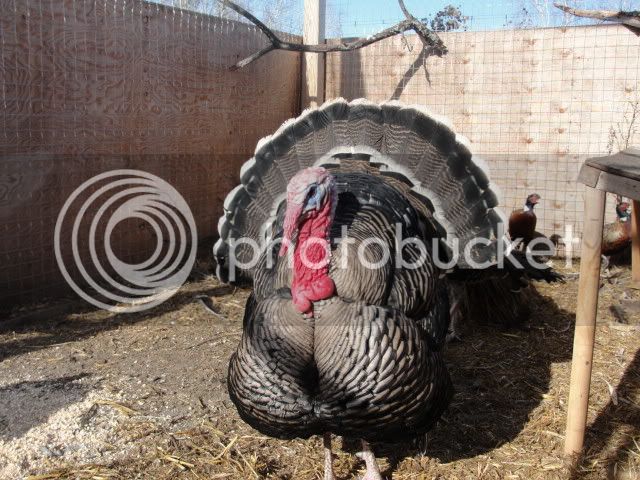 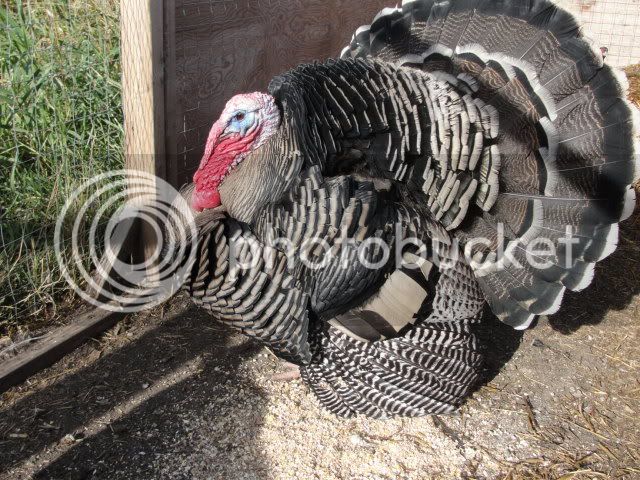 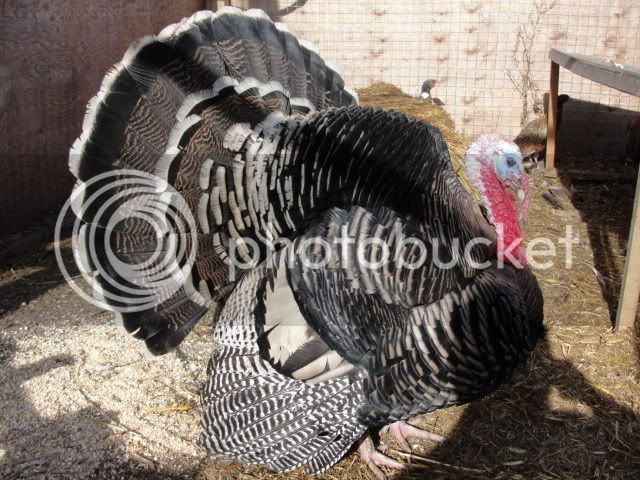 That's one of the most nicely marked Narragansetts I've ever seen! Beautiful bird.

Yeah he sure is a striking Tom that's for sure.

I will be breeding him next year.

Wow, beautiful bird! He should be a picture in a book.

He should be in a picture book.

Maybe he might make pic of the week??? lol