My two girls hatch a clutch, together. 7 chicks-into my third week.

due to the design of my run, I had to seal the entrance of to the coop. too steal, too dangerous. so I opened up a side of the coop and wired it off in order to let light and air in.

today, the one hen was mad after the other hen, nasty. cowering in a corner kind of behaviour. full on attack. I let the picked on hen out of the coop. she is now in the run.

I am assuming that the mad hen had enough of sharing this space with the other and 7 chicks.

Do I leave the other hen alone, leave her out of the coop, away from the chicks and other hen?

my coop design was not made with hatching in mind, the drop is almost 4 feet. I have elevated the plank. I think it is still too steep yet for the wee ones. I have tried to make it a bit like a tunnel, but i did loose one to a fall and subsequent injury. 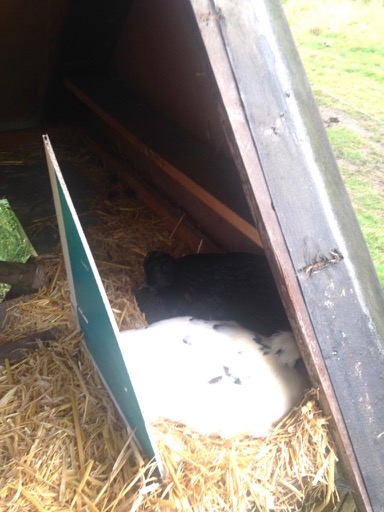 thank you for your reply.

I let the one hen out. I assumed that eventually two mothers would become too much. However, I was unsure as to when this would need to happen. It was like a flick of the switch today. And, I was not comfortable of the stress on the hen removed.

It has quieted down.

Might need more space.
Do you have other birds too...other than the 2 broodies with their chicks?

aart said:
Might need more space.
Do you have other birds too...other than the 2 broodies with their chicks?
Click to expand...

I just have two hens and the cock. today a friend of mine came over to look at what I have going on. After looking at everything we decided that the chicks were old enough and stable to manage the plank. so i opened that up.

the dejected hen is staying down in the run and outside along the run. same with the cock. The chicks and hen are up in the coop and have not come down. I re-enforced the plank a bit more to be like a tunnel.

I place a dog container in the run, covered it and put a bit of straw in it. the cock and hen head to roosting around 20:00.

since I've owned the chickens, all three, they have never gone to the coop to sleep. they have been staying in the run, roosting.

How big is your coop and run?
Dimensions and pics would really help. 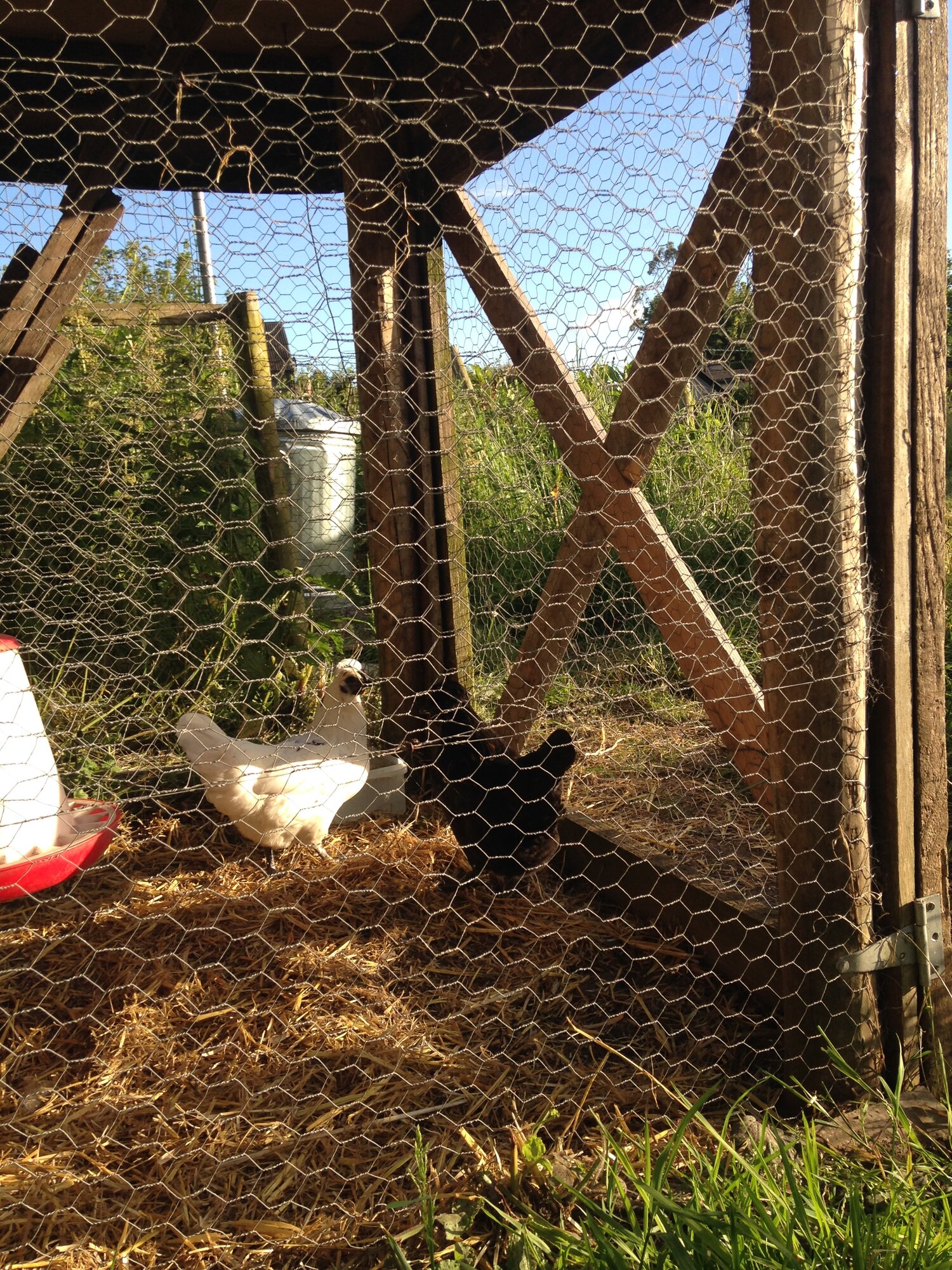 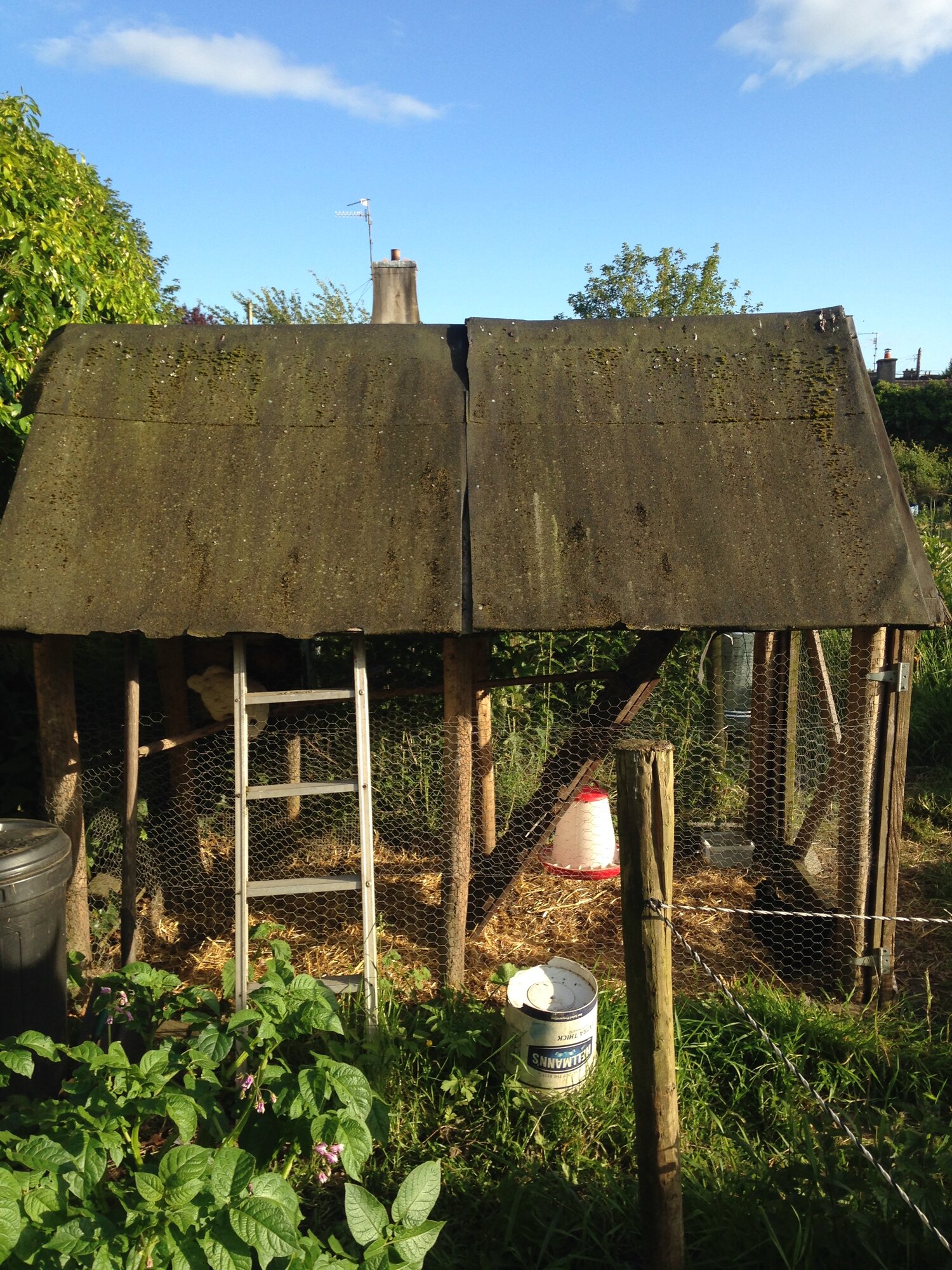 LeggyLeghorn said:
There are some images in my gallery of the coop
Click to expand...

those two images are what i have.