We got 6 chicks the first of April and got our first egg about 2 weeks ago. Pretty exciting stuff. The first of August we got 15 new babies (I hope pullets) from Cackle Factory: Cinnamon Queen, EE, Barred Rock. They are coming along nicely and everyone seems healthy.

We are using Apple Cider Vinegar in their water, DE for dusting in the coops and run, Purina food, unmedicated. We aren't giving them any food scraps, mostly because we don't cook that much. We have offered them various greens but they aren't interested. They do love watermelon. We've got a long way to go waiting on eggs from this little group.

I saw a post the other day from a guy holding his first egg... he said "My $7,000 egg." Pretty funny but it's kind of expensive to get rolling if you do all the things you really need to do for them. We only have hawks, possum, skunks and raccoons as major predators so we aren't really worried about many of the big guys that some of you have to deal with.

We're learning every day and have accomplished very little aside from chicken stuff for about 3 months. Today, my one Polish hen sat on the nest for about 2 hours to lay her egg. That worried me. Maybe it's going to be normal for her but I thought they just sat down and popped out the egg. She's been laying daily but it take about 4 eggs to make an egg sandwich.

There's one little Cochin hen that sits around with her eyes closed a lot. She's done that since she was a baby. She seems to feel good but just likes to nap. Is that what she's doing? Worries me.

We've spent a lot of time with the chicks and they are relatively tame, some know their names, and they don't hesitate to jump up on you when you sit with them. Poop is a problem. I don't mind those nice little poops but since the one hen started laying she poops this absolutely vile stuff and it's stepped in daily by one of us. We've got to do something about them coming onto the patio and pooping all over us and the furniture.

That's my story and I'm stickin' to it. I had a couple questions there, I do need to do further brain picking.

Thanks for having me.

Glad you joined.
The vile poop of which you write is likely cecal poops. The only way to really keep the poop of the porch, steps and everywhere else you don't want it is to keep the flock confined to a pen or run.
It takes a while to lay an egg. Certainly longer than just sitting on the nest and a minute later there's an egg. Some girls loiter in the box for over an hour.
With that large a flock, are you planning on selling eggs?

Welcome to Backyard Chickens. One way to keep them off the patio is to never come out that way and give them treats. They remember that and will keep checking to see if you are out there with treats in hand.

But, if you only pop out the front door and walk someplace else to treat them, you should be fairly safe from poop attack. 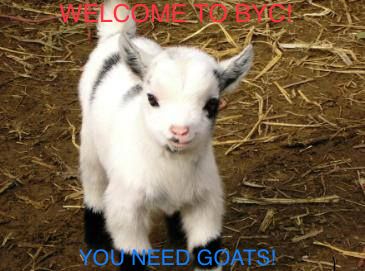 Welcome to BYC! We're glad you decided to join our wonderful community!

Nice to have you here!

Hello, and welcome! Glad that you joined! Good luck with your flock!

hello and welcome to the BYC flock, eggcited to have you here with us.

Yeah, that poop can be an issue. Our last flock loved to hang out on the downstairs patio, under the deck. I eventually put a chicken wire fence around it and that worked pretty good. It wasn't a tall fence, just about 3 feet, but that was enough. I am trying to train this new flock to stay off. Heh! Training a chicken is an exercise in patience, to say the least.
Some girls will take a long time to lay an egg, and carry on , singing out their victory song to the world. Others get in there and get the job done and don't do much squawking. Some girls will sing when someone else lays an egg. they are all different and it is all fun.
Share:
Reddit Pinterest Tumblr WhatsApp Email Share Link