He's 6 weeks old, only about 3 permanent wing feathers. Here are a few pics. with a sister of his. Same parents (Brahma X Brahma/Warren cross). He eats very well, but is smaller than his sisters.

Firstly, I'm assuming 'he' IS a he. Secondly, anyone else have such late developers? 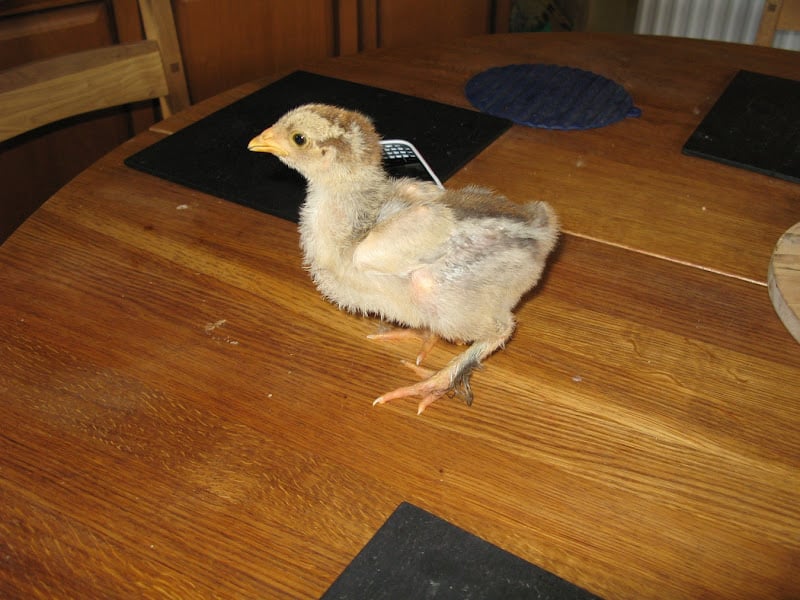 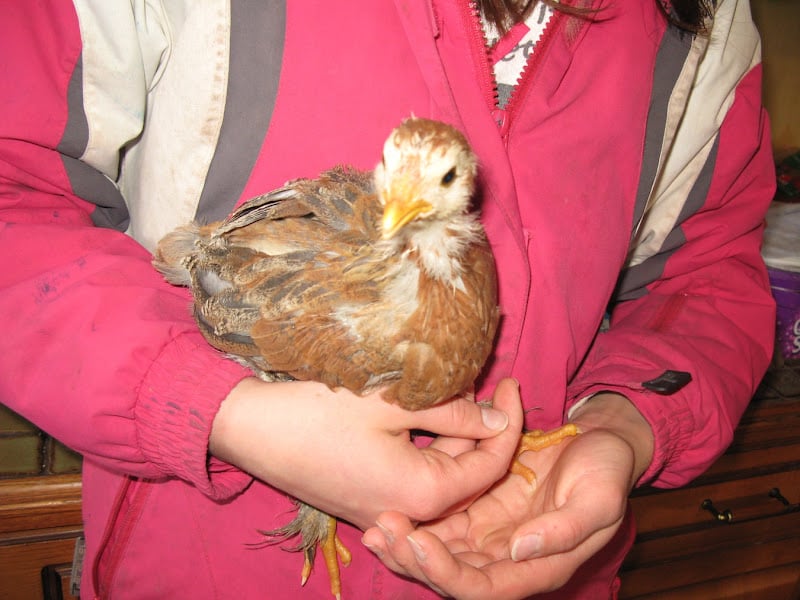 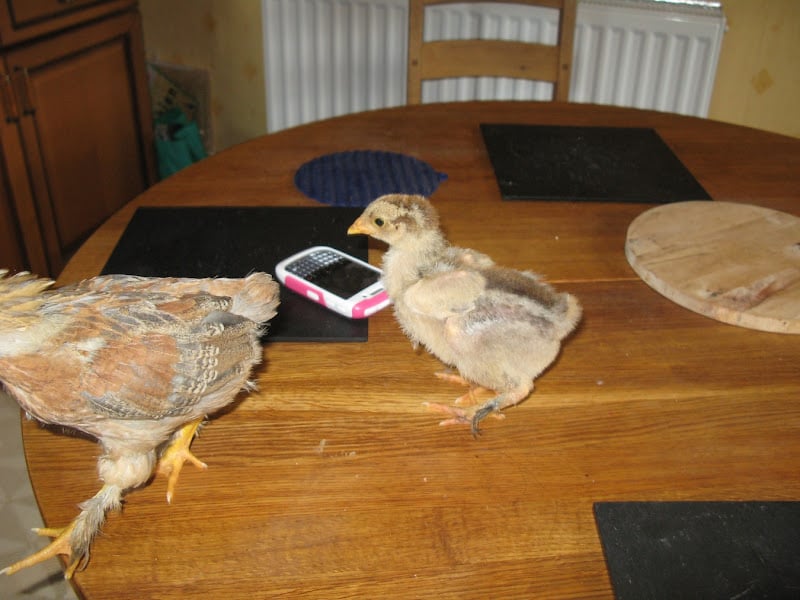 wow that it strange.sorry I cant tell you what the problem is.hopefully someone with more experience will come by and tell you what it is.

Hmmm......not sure why he isn't growing as fast and developing feathers like his sister, but what makes you think it's a "he" ? I can't really tell from the pics. myself, I was just wondering. Maybe he got different genes than his sister? He is cute, though!

I wouldn't know buy I wanted to say he sure is cute! I love his little "baby" wings!

Typically IME, late feathering chicks seem to always "turn into" roosters. Dunno what it is.
I had one boy, EXTREMELY slow feathering. Had a few more wing feathers than yours, and did grow in neck feathers by 8ish weeks, but still had a fuzzy body past 6 weeks for sure. Poor boy didn't have a tail for AGES (like 3 months or more) but he's a perfectly handsome rooster now, my best roo actually (best personality, not to mention good looks). So far none of his offspring has been affected by his slow-feathering genes. H
e also happens to be a 3/4 one breed cross like yours is (EE/BO x BO) but none of my hens are any of those breeds so I guess crossing him with different breeds might have canceled out the fuzziness.

He looks just hatched, but would have had to have come out of a goose egg if that were the case. He feels heavy and solid, but looks very babyish. he is also pretty bold in his behaviour which somehow looks a bit silly with his juvenile appearance.

I am saying 'he' drdoolittle as I have kept Brahmas for years and the boys always feather up slower than the girls, though this is not necessarily true of other breeds.

He doesn't have any significant comb or wattle development, but those of Brahma background do tend to be rather challenged in the facial furniture area.

His feet are smaller than his sisters', though.

Oh, just to add, I don't have and never have had any bantams, so he shouldn't have bantam genes creeping in.

Thanks for the input so far.

I have seen several micros/babies with stunted growth mentioned over the last couple of months. Nan is one that I find particularly endearing and is about two months old now and still looks like a week-old chick. There is speculation that the number of micros could be associated with hybrid breeding. Without symptoms of illness, there doesn't seem to be much that can be done about it. Keep us updated. Perhaps you micro owners should start a support group and keep up with each other so we can all see what happens to these uniquely interesting babies.

I am new to this just this year, the set of birds I am referring to are 8 going on 9 weeks. I got 5 light brahmas with first batch of chicks and then got 8 bantams 4 days later - all day olds. One of the light brahmas fell behind in growth and due to brooder space I threw her in with bantam brooder. Brahma little one is still 2 times size of bantams s/he is with and acts like a mother hen with bantams cozying up to her. But she is 1/3 size of other 8 week old brahmas. Those other brahmas (Pullets and cockerel mix) are sooooo big. She looks like a 3 week old in comparison. Seems healthy if not a touch more high strung - sort of picking up her bantam buddies behavior and for last 3 weeks they have all been in big girl coop together. Little one is bantam leader, her facial coloring looks Pullet to me, no red at all like her real brahma siblings, but we'll see. The bantums peek out from under her, cracking us up, they run to her when bigger ones (9 big ones in all) get to bantum picking. Fascinating to see such a stark difference. From mt healthy via feed store is the source.

Wow... Maybe I need to have my biology class do some research on this next year when we study embryology.
I suppose there are some genetics in this similar to people where they don't get hair for a long time, have a smaller stature.... etc.

This is interesting. Can't wait to see what others have for input.

For me, it would be an excuse to keep him in the house longer