A complicated situation with an aggressive rooster (biting)

So the situation is as follows: I got a few day old chicks from a local farmer and only one of them survived. Turns out that one is a rooster (a white, factory meat one), and here comes the issue: I already have a small flock (5 chickens and one roo) and obviously, the roosters don't get along AT ALL. Consequently, I separated them immediately.

The flock roo is very kind, submissive and not aggressive at all while the roo I raised (about a year-and-a-couple-months old now) turned out to be very aggressive. He 99% of the time bites my foot and sometimes my hands if I reach out to him. So, I put him in a cage and he's been there for a few months now.. I thought it was an issue with him not mating/having any hens so I was planning to get him a few chickens but the coronavirus hit and I've been in quarantine since then.

And recently, he started eating a LOT less (his crop has been empty for two days and he is skinny) even though I provide him a wide variety of foods everyday (fresh fruits, veggies and the normal feed). He doesn't show signs of illness though and I clean his cage often. Whenever I let him out for a little bit he sometimes shakes his head and flaps his wings, though quite energetic and keeps running around and pecking at paint.

What could the issue be? Could he possibly be depressed from the isolation/need to mate? I have no idea what to do with him at this point. I can't get him hens or a bigger place since corona hit, if that's the issue. And I'm very emotionally attached to him since I grew him up since he was a little chick; so culling isn't an option. It hurts me so much to see him like this.

TL;DR: Aggressive rooster who bites a lot & is isolated/alone/probably needs to mate. What can I do to stop this behaviour other than culling because I'm emotionally attached to him?

A little thing I wanted to add: the other roo doesn't hit me at all while this roo does bite me A LOT more than an average roo does (nearly every chance he gets, he creeps next to me & bites me). Also I wanted to add in the TL;DR, why did he stop eating when food is provided? Is he okay?

Omaruz said:
Turns out that one is a rooster (a white, factory meat one),
Click to expand...

It's night right now so I can't get a pic of him, but he is about a year and 2 months old.

Omaruz said:
It's night right now so I can't get a pic of him
Click to expand...

We can wait until it's daylight there.

Welcome to BYC! @Omaruz
Where in this world are you located?
Climate, and time of year, is almost always a factor.
Please add your general geographical location to your profile.
It's easy to do, and then it's always there! 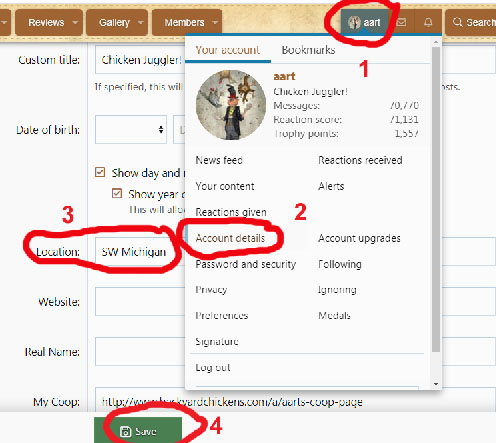 Welcome!
This year old rooster is living alone in a cage? That's not much of a life for him, or any social critter. I don't think that this is good for him, and could certainly influence his behavioral issues.
He needs an actual life outdoors with a flock of hens, if he's up to it, and not currently ill.
Mary
You must log in or register to reply here.
Share:
Reddit Pinterest Tumblr WhatsApp Email Link