A Lockout and a Lockup

My 10-week-old chicks have been making an awful mess by persistently sleeping in the nests, a problem aggravated by my physical limitations due to the car wreck a couple weeks ago since I've been unable to proactively throw them out every night.

I've also got a bunch of new layers from the Ideal Dozen coming on line and, as new layers so often do, they keep kicking all the shavings out of the boxes despite the lip being as deep as the ones in the Little Monitor Coop were. Maybe it's because these boxes are bigger so they have more room to turn around?

So, since I'm feeling a bit better, I tackled several problems today.

First, I emptied all the mess out of the boxes and added a piece of rough-cut scrap wood to make a deeper lip. 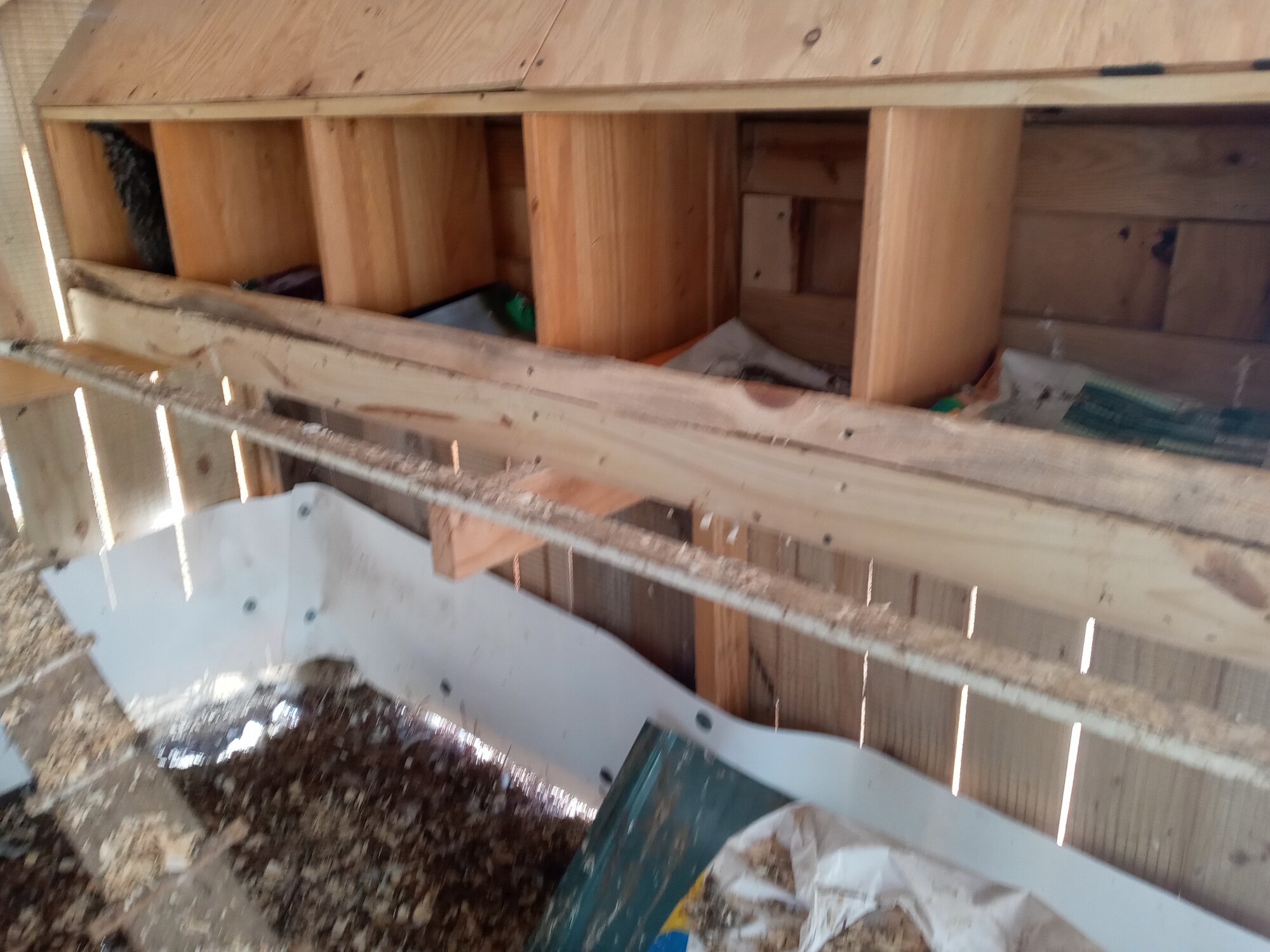 The rebedded boxes are Marans approved. 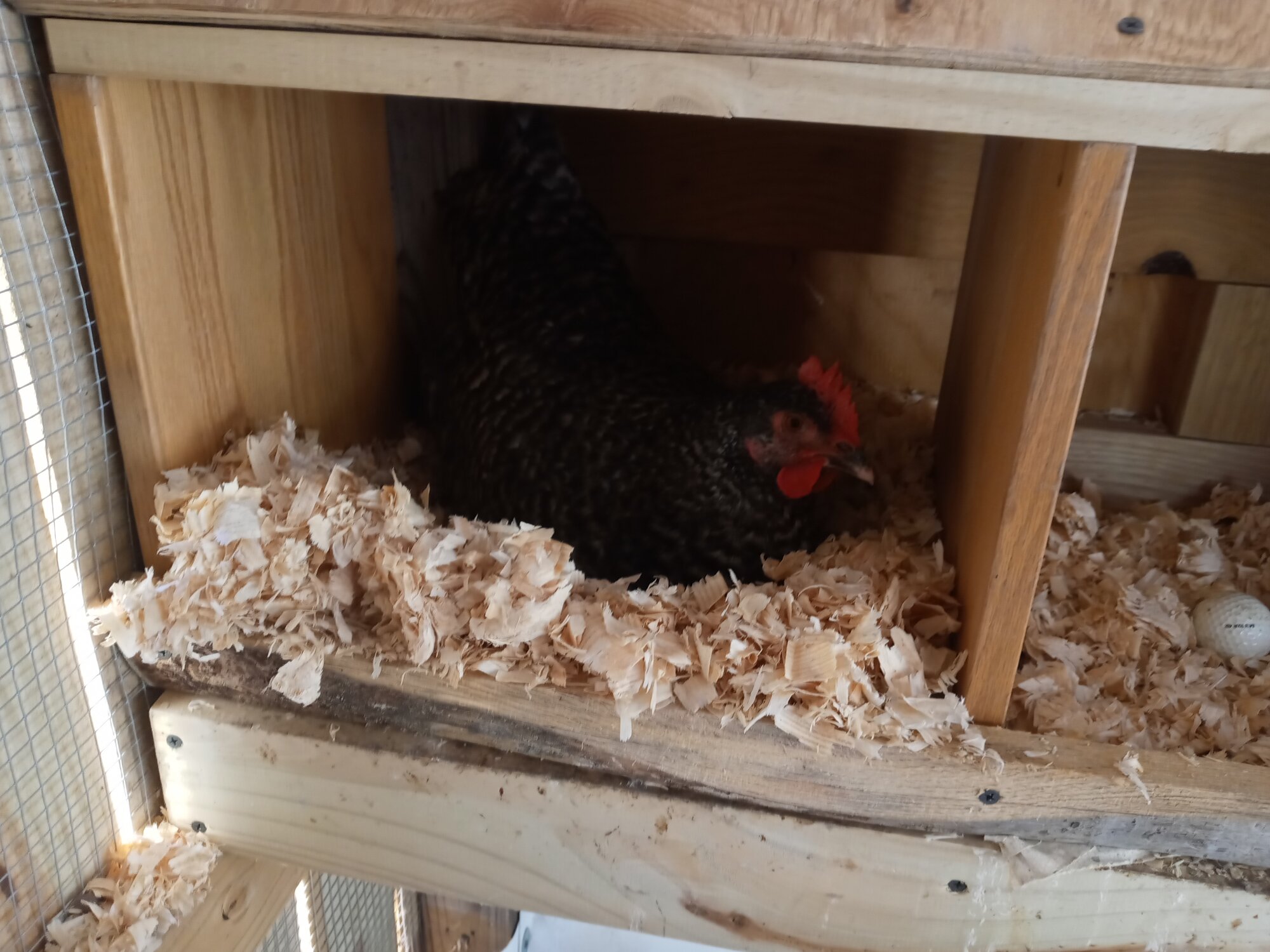 Then I cut up some cardboard boxes to make a temporary nest blocker until we can figure out a better idea. 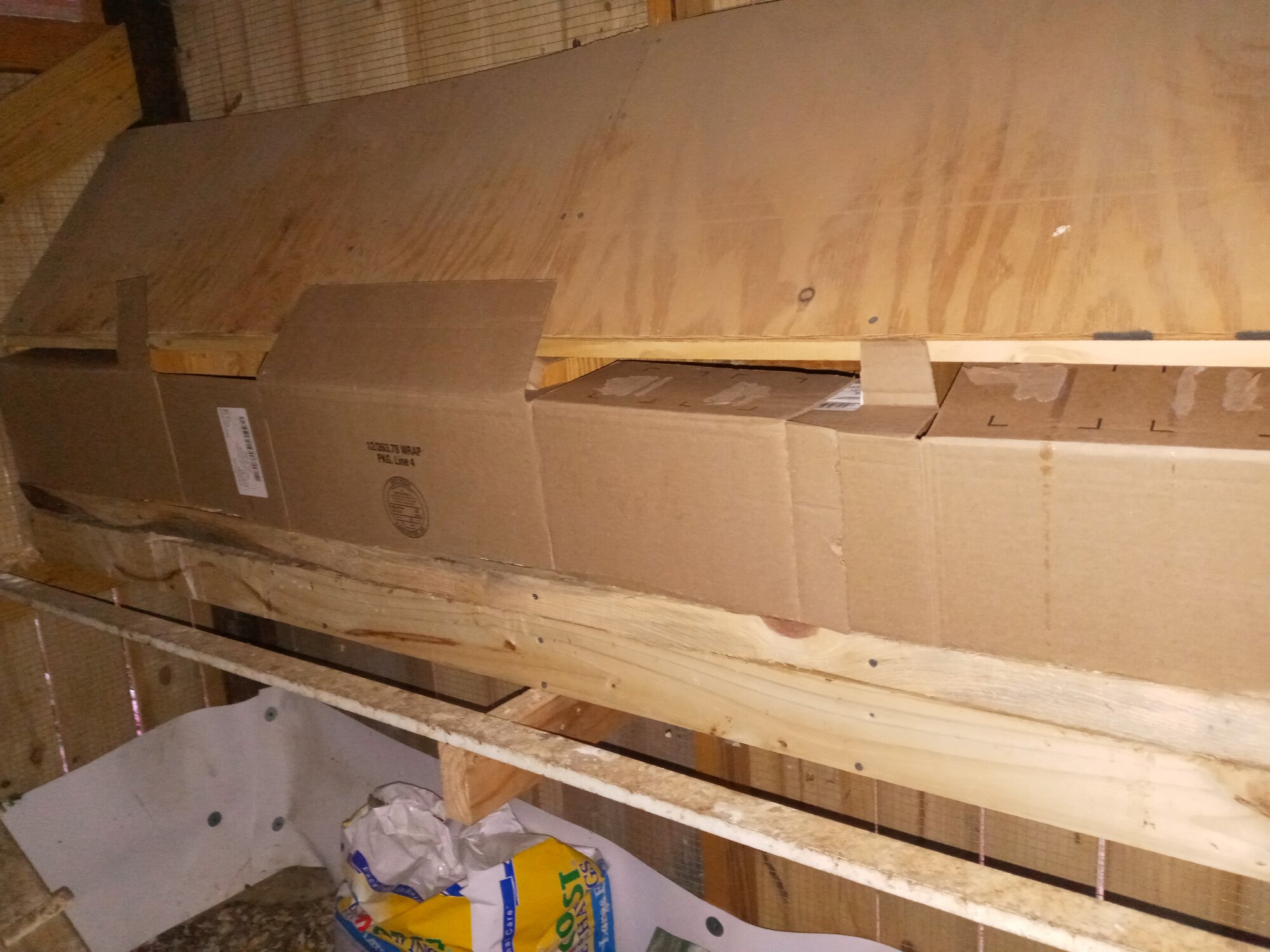 The chicks absolutely DO NOT approve. 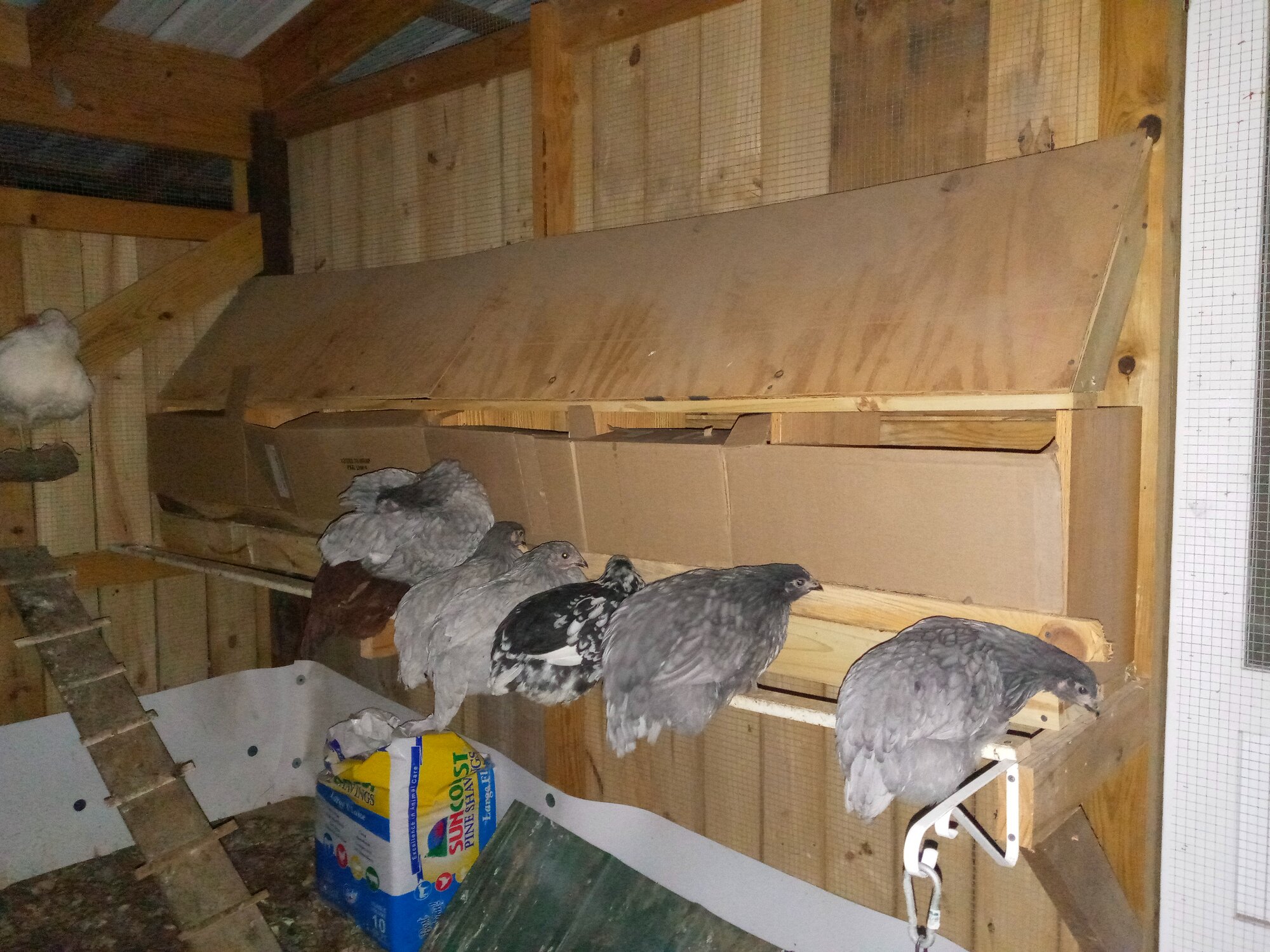 You can see the dirty looks I'm getting after I fixed the part they'd pushed through and put the cardboard back in place. But those looks are not as dirty as those nests were!

And now, the lockup.

I need to replace the bands on the boys' legs since they're growing so fast. So I took them off the roosts and tucked them into a dog crate for overnight. As soon as it's light out tomorrow I will enlist my son, who will be home from school for a doctor's appointment, and we'll pull them out one by one for re-banding, weights, and photos.

That last photo is a good picture of some disgruntled birds

The hens were complaining even more bitterly just after dawn when I hadn't been down to open it up for them.

I almost bonked a bird on the beak with the cardboard because she was so urgent about getting into the nest.

The boys had their re-banding and their photoshoot. I'll make a separate thread for that.

N F C said:
That last photo is a good picture of some disgruntled birds

Right!?! They look to be thinking, "What's going on here? How are we supposed to get in bed like this. Crazy giants have officially lost their minds!"

HeatherKellyB said:
Right!?! They look to be thinking, "What's going on here? How are we supposed to get in bed like this. Crazy giants!"
Click to expand...

Yep, their fun was ruined and life disrupted.

interior nesting boxes with flip down lip for cleaning
2