All chickens against one!

Last Tuesday two of my ladies got into a brutal fight. They both looked like they were trying to recreate the prom scene from Carrie. After cleaning them up as best I could manage, it was clear the Alpha (who has always been a bully to the point I refer to her B***h face) had lost no favor in the flock, while the other chicken was not so lucky. This other chicken had previously been in good standing within the flock.

I took the beaten lady out and put her in a cage her own. I noticed she had ‘frothy’ puffy eyes and started to treat her as sick as well as injured. She started to brighten up after four days so I put her out in a pen just outside the other ladies fenced area so the others could see her but not mingle (my first attempt was within the main pen but the Alpha went at her right away through the bars). Some of the girls would walk by and peck at the ground near her and gave her no mind.

This worked fine for day one, but day 2 the Alpha flew over and they fought again, this time through the bars for another mess. In order to get one the other had to be out, and what happened is that even bloody, no one bothered the Alpha, while everyone went after the other.

My question is, am I looking at a dominance issue within the flock, or is something more going on now? She was always number 2 in standing until the incident and I just don’t understand. I will admit she is also the only chicken I have a deep fondness for. Can she ever be reintroduced?

Put that bully in a time out when you do reintroduce that other gal or even now. For extreme cases... I would suggest OUT of sight, the opposite of normal. Otherwise the separated girl should always be IN sight of the flock to make reintroduction easier. Any absence is usually met with a new pecking order setting.

Sometimes there is something more going on and a flock will gang up and kill a weakened birds from disease or what have you. Nature is pretty brutal.

But my guess is that all the others are taking advantage of #2 weakened state to elevate their own standing. Head hen or not... NO room for bullies at my place!

Anyone who does mature into a bully will be rehomed with disclosure or take a LONG hot bath with some aromatic veggies!

The flock is ALWAYS so much more peaceful without the drama. To me a HEAD should be leading with subtle confidence not by excessive intimidation. Anyone who is giving a relentless chase, gets a chase of their own put on by me. (That's *usually* boys in my stag pen though).

Maybe # 2 has just decided she wants to be # 1 and is trying to overthrow her.

Some people will use pinless peepers to help these situation out.

Many times after a good fight my boys eyes will be swollen badly. Hopefully what you noticed was just that. And also their spirit can seem a little broken. They usually get back to normal once even temporary relief is provided.

Time out for the aggressor... worth trying.

Guess I didn't ask any questions to get a firm grasp on the situation like nutrition, weather, and space.. those things can have some impact. This SOUNDS personal.

Since I just read that #2 is who you are fondest of... I might rehome a few including the bully, and keep only those I liked the best. You can always add more chickens later... but getting rid of those who won't get with the program doesn't have to make you feel guilty. If it ain't working for you it won't work for them in the long run... cuz this is YOUR hobby.

How old are these gals?

They’re fed a good quality layer pellet as well as supplemented with meal worms and other food based protein sources, as well as scrap veggies and the like. Right now there’s snow on the ground so while they have room in and outside, they’re probably pretty bored with it (normally they have a ton more space)! The two that fought are the same age and were raised together (2 years old).

I’m still so new to chickens, this is the first time I’ve been confronted with injuries and separating them. I wish I’d made space for a ‘chicken hospital’ in sight of the others when I first set up.

What are pinless peepers? 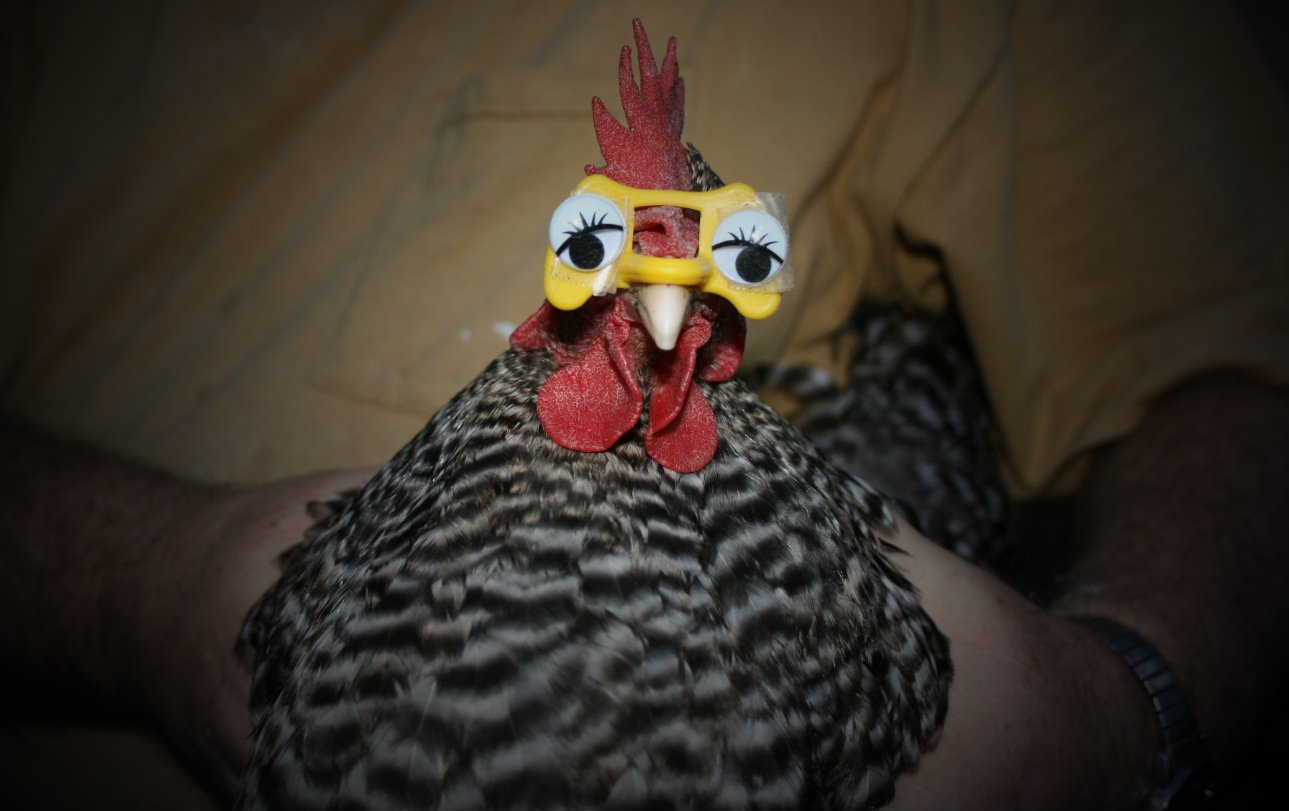 No kidding! Definitely something I was unaware of and would prevent me from having to lose a good layer.

I personally would replace the bully

with a pullet who won't be molting in this winter. So instead of "losing" a good layer... you just replace her with a good layer... and maybe the production of ALL your other hens would go up without the excess bullying.

But it's good to have options!

When I first started with chickens, I had 2 hens, and a rooster. Later I got a couple more pullets. I did the containing the newcomers in plain sight, etc. Introduction day, and they started getting whomped by the alpha hen. The rooster tried to break it up, but couldn't. I broke it up after a minute, and things went ok for a few minutes, then alpha began fighting again. Again, I let it continue a minute, then broke it up. I continued with my coop chores, and several more times, broke up the fighting. The rooster was doing his job, but the alpha was having no part of it. The alpha wouldn't stop, so I grabbed the alpha, and put her in the cage. Things settled down nicely. The rooster introduced himself, danced and treated the newcomers, he kept the 2nd in command under control. In about 3 days, I reintroduced the alpha. Nope, she persisted in her prior behavior. 3 more days in the cage, a little scuffling, but she was behaving fine.

That's when the 2nd. in command started bullying the pullets. I yanked her up, and put her in the cage. 3 days later, I reintroduced her. By then, the alpha had accepted the newcomers into her flock, the rooster was able to keep things under control, and when I reintroduced the 2nd in command, there was a little scuffle between her and the alpha, but the rooster broke it up. For the most part, things were fine after that. Yes, the younger ones got picked on occasionally, but not much, and the rooster kept peace in his flock.

Advice: Put at least 2 waterers, and feeders, separated far enough apart that the newcomers can't be bullied away from food and water. That's important. Put a bale of hay or 2, a large tote or 2, or something the newcomers can hide behind, and get away from the older hens.

How much space, exactly, do they have?

junebuggena said:
How much space, exactly, do they have?
Click to expand...

At this moment, the snow pulled down the fence around the main area, so they now have free reign over any bare ground (I would say this equals out to, conservatively, well over 300 square feet). The area around the coop that isn’t covered in snow is closer to 100 square feet. That’s for seven chickens (but one is currently contained elsewhere unfortunately).

R
Former Alpha now chased and exiled - what to do?
2