I started off with hens, but was given a couple of Indian Runner Ducks. I was then given another duckling which had been hatched in a school project, hoping it would be a female, and ( you guessed it ) it was another drake, which subsequently developed severe angel wing. I assumed this was through it’s diet from before I had him. Last year, I managed to hatch a female and was careful with her diet, but in spite of this, she developed the sticking out wings, and I’m now convinced it must be partially hereditary.
HOWEVER, my question relates to the fact that this year, after her moult, Daisy’s wings appear perfectly normal! They really were quite unsightly last year, though they caused her no bother. Now she looks like a normal duck! I never tried taping her wings, or trying to correct them. I’m just interested to know if this is something that does occasionally right itself?

I think Angel wing is hereditary too. It can't right itself as the bones will twist out. Once the young bones harden up it's set and can't be undone. That's why taping works when they are younger.

The first pic shows Daisy earlier in the year with her wings sticking out; second pic shows her today, after her recent moult. Her wings look completely normal now. I cannot understand it. 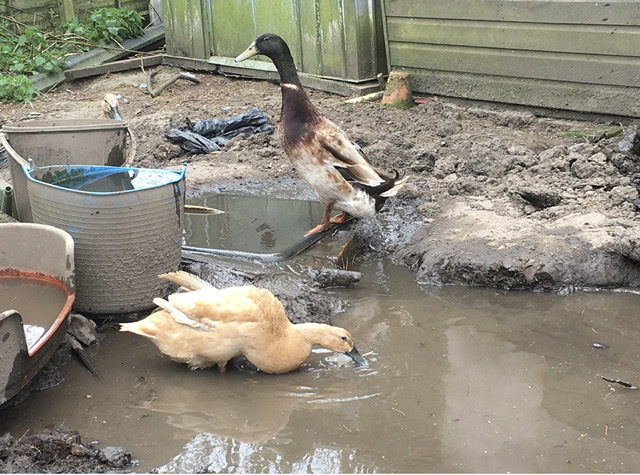 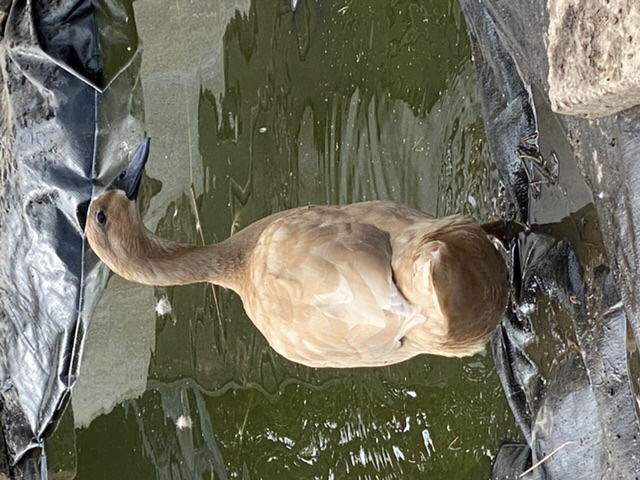 Celebrate your fortune. I have heard that moulting is an opportunity to fix. She looks great. Nice runner drake too.

By the way what is Daisy, her coloring is Buff but that. Black bill is throwing me off

Magnolia Ducks said:
By the way what is Daisy, her coloring is Buff but that. Black bill is throwing me off
Click to expand...

Daisy’s mother is a mallard colour, her father a fawn and white ( he has bad angel wing). They were all given to me as Indian Runners, but I can’t vouch for their pedigree