I currently have a 60 gallon, hexagonal saltwater tank and a 55 gallon rectangular freshwater tank. The 60 gallon tank has been running with fish in it for at least 6 months, the freshwater tank for almost 3 years.

After visiting the Georgia Aquarium on our way home from Florida my desire for a reef tank (or a Fish Only with Live Rock tank) as been charged to full capacity. I have been reading my FAMA magazines from past months and I am having a hard time on deciding whether I want to transfer the Saltwater stuff to the 55 gallon aquarium, then the Freshwater stuff into the 60 gallon.

Both tanks have the same filtration systems, with the exception of a UV sterilizer for the Saltwater and both have a heater. The Saltwater tank also is able to have more light bulbs (it has 3 the other has 2). But the Freshwater tank is longer, shorter, and has more surface area for gas exchange.

Some possibilities I thought I could do:
1. Switch them like I originally proposed
2. Move the Saltwater fish to the 55 gallon, use both filtration systems for it (of course transfering the sand, rock, etc.) Then sell the 60 gallon aquarium to supply funds for the new stock I will be getting.
3. Same plan as above, but keep the 60 gallon aquarium and use it as a sump?

Some new fish that I have been thinking about getting are:
1 Yellow Tang
1 Coral Beauty Angelfish (definitely want this)
3-5 Chromises
2 Three/Four-Striped Damselfish (not entirely sure about these)
1 or 2 Firefish

I won't have many corals either. I will only pick the most hardy kind that can withstand low-medium light conditions. The light bulbs in both tanks are 15 watt bulbs.

Some finals words: I will not have a problem finding a home for the freshwater fish as our fish store will take them and give us credit for any future purchases. To help with cycling, I will transfer at least half of the water currently in the Saltwater tank into the 55 gallon one. I know for sure I will have to replace the lighting. And I need to buy a good protein skimmer to boot.

So, my dilemma? Which possibility should I go with while keeping in mind what I presently have and what I will (hopefully) have in the future?

As stated before, I have magazines from Freshwater and Marine Aquarium which have been very helpful, and I have also visited fishchannel.com for some advice.

Thank you for taking the time to read this, I know it's a lot. I hope I gave enough information without jumbling it all around. If there is something you don't understand or some other information you would like to know, just ask.
Last edited: Jun 16, 2009


IDK what to tell you really...I bought a 55 gal that I intended to be saltwater but decided to do fresh since I was impatient on waiting for fish for so long. I have a nice freshwater one that I still want saltwater....I want to see pics

Ok, I will try to get pics up as soon as possible. 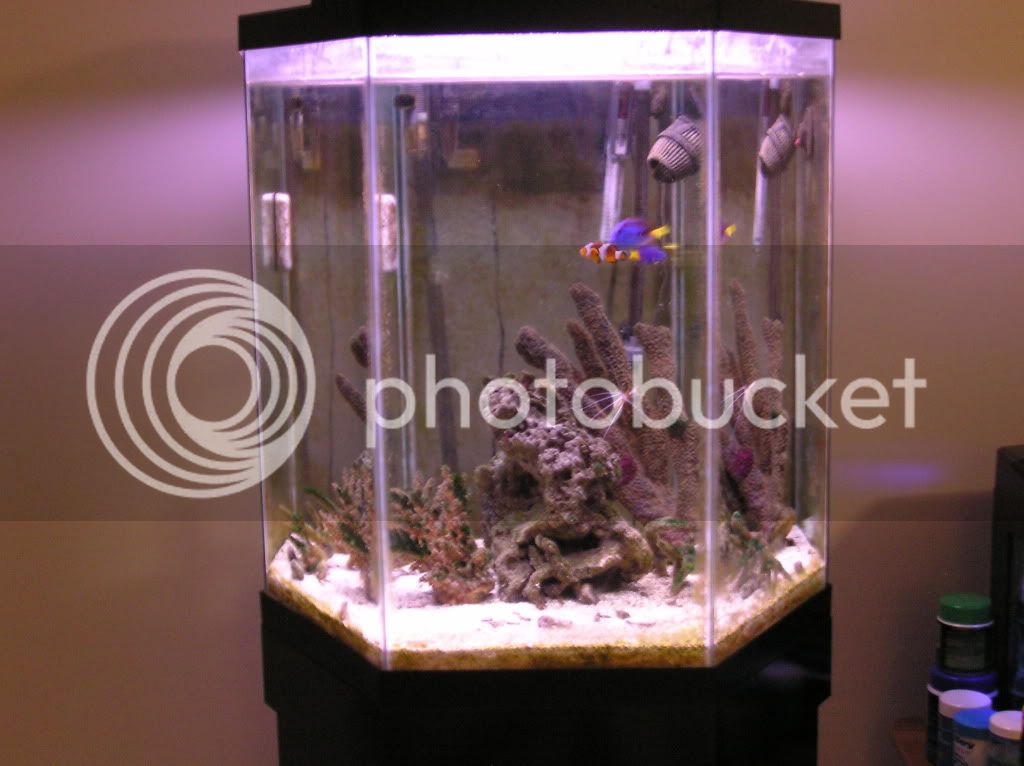 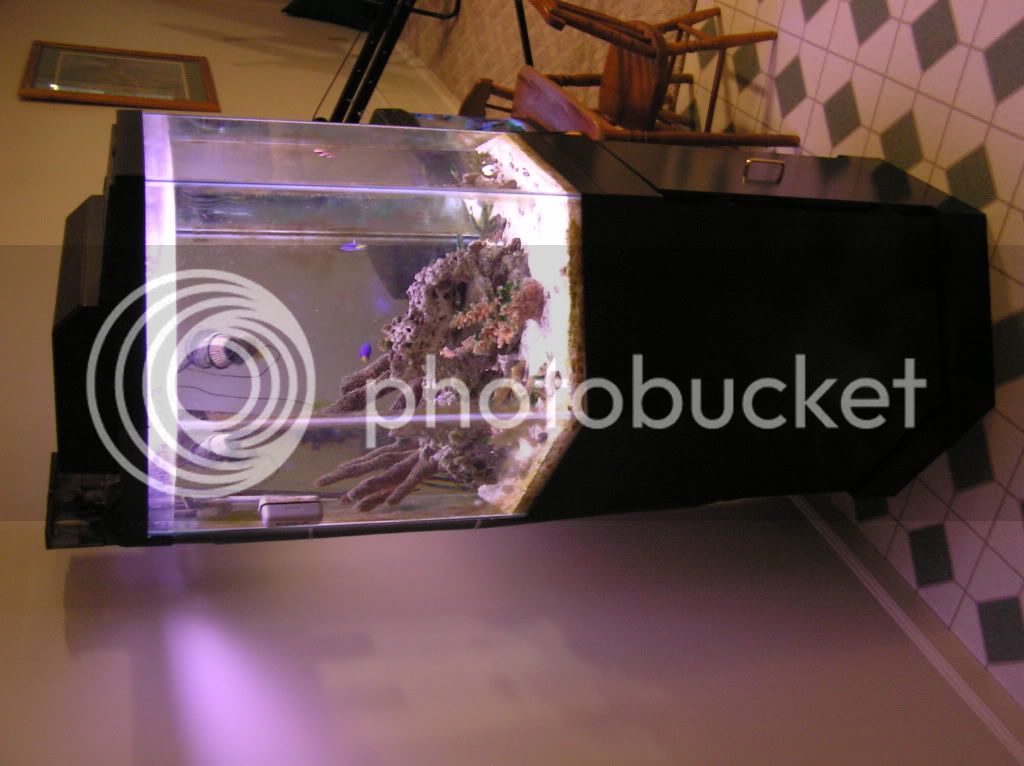 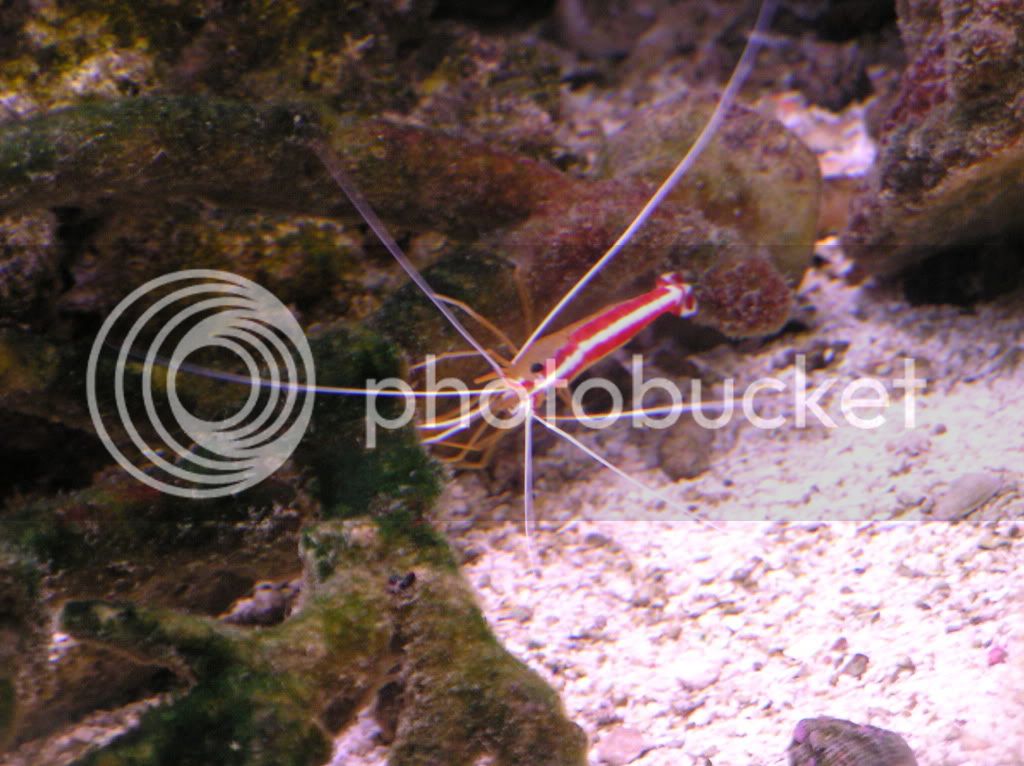 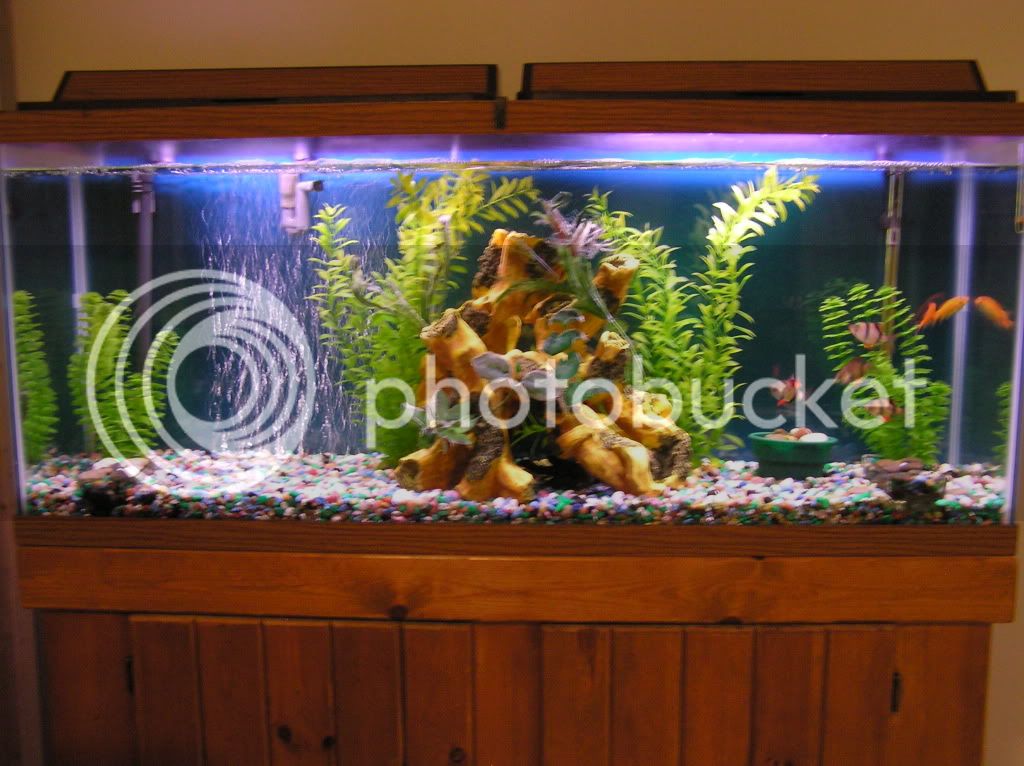 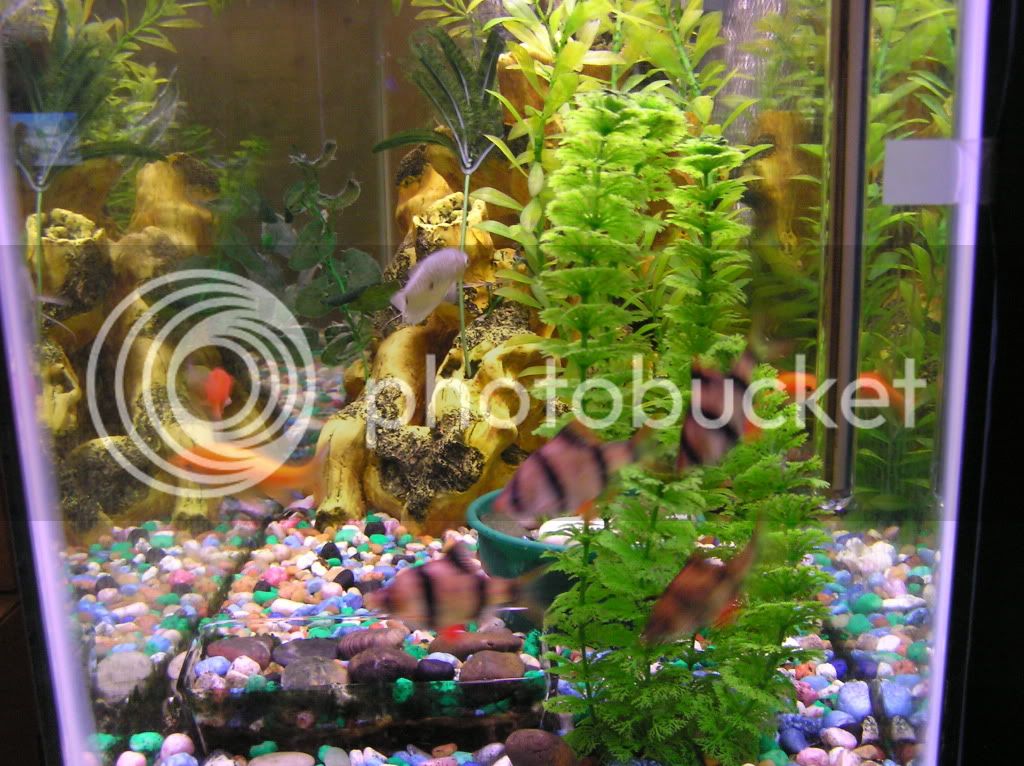 just get another aquarium!!!

Oh, I LOVE your freshwater one! 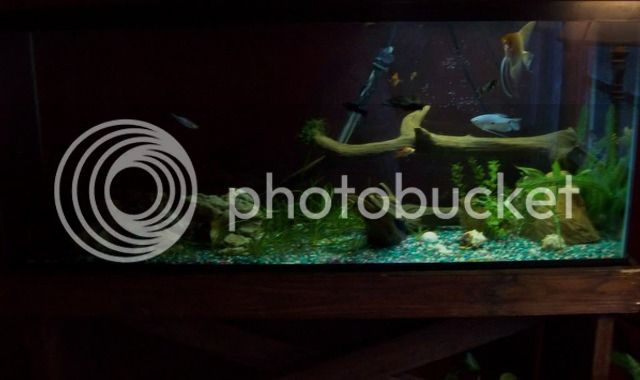 Ahhhh- I gave that addiction up prior to kids- I'll return to it one day- I got a job at the fish store to support my habit- got 55% off everything, too!

I say use the 55, get actinic bulbs for the hood, sell the 60 for a better filtration system, and be very specific before you buy fish and corals- know what you want and why. I LOVED getting different pairs of clowns for my corals- very good mojo. There are lots to choose from, and they dance when you pair them- the larger one always turns female and the smaller becomes male.

Tons of live rock is a must.

If you add more fish especially the yellow tang you will need a bigger tank. Some reccommend as large as a 100gallon to keep the yellow tang plus other fish. I had a 90gallon at one point and I would say you are stocking pretty much to what I would my 90gallon.

For live rock to be really effective you want about 1lb per gallon of water. So ~50lbs of rock for a 55gallon. This will help greatly in filtration and water quality as well as providing a home for various critters and food for the fish. You can nearly eliminate water changes if you add enough live rock. Less than 20lbs will not have a noticeable impact and will do nothing but provide some eye appeal.

If it were my choice I would sell whatever you don't want and use the money to buy a 75gallon or larger. Move everything over. Use whatever tank you don't sell to cycle the live rock (it will cause a huge ammonia and nitrite spike for a few weeks). Move the cycled rock to the new tank and arrange it how you like. Up the water movement with a powerhead or 2 pointed across the liverock forming the "reef". You want tons of water movement if you are pointing it at live rock. Aim for 20x turnover rate (20 times the tank's volume per hour) or better. Use the tank you didn't get rid of and is now empty as a sump. Add the new stock over the next month and not worry about over stocking or water quality unless you gain a sudden interest in bigger saltwater fish.

Quote:
Thanks for replying Akane

All of the fish that I listed, that I want, will come in due time, as I want to see how things turn out first. As for getting a larger tank, that "may" be possible. I know a friend of mine who has a one for sale, but i'm not sure how big it is. As for current, I do have a power head already in the Saltwater tank. Something I was thinking about was, if I decide to completely clean out the freshwater tank, to use that filter for the Saltwater tank also. In all, there would be two filters, plus a power head. I probably should have mentioned that I also have a small biocube with some liverock, about another 10-15 pounds? I'm honestly not sure. My plan was to take everything out of the biocube and into the large saltwater tank, but that may have to wait after this is over. I've had that for a little more than a year.

Which leaves me with another possibility. "If" my friend still has this tank then I could use that one as a replacement for the hexagonal one and sell it. Though, I'm sure I will need more sand. Oh, and the filters are both Fluval 404. I understand I will need more liverock, but thats all going to take time. What type of filtration would you recommend?

my guppies are dieing