Can someone help me they are 3-4 months old 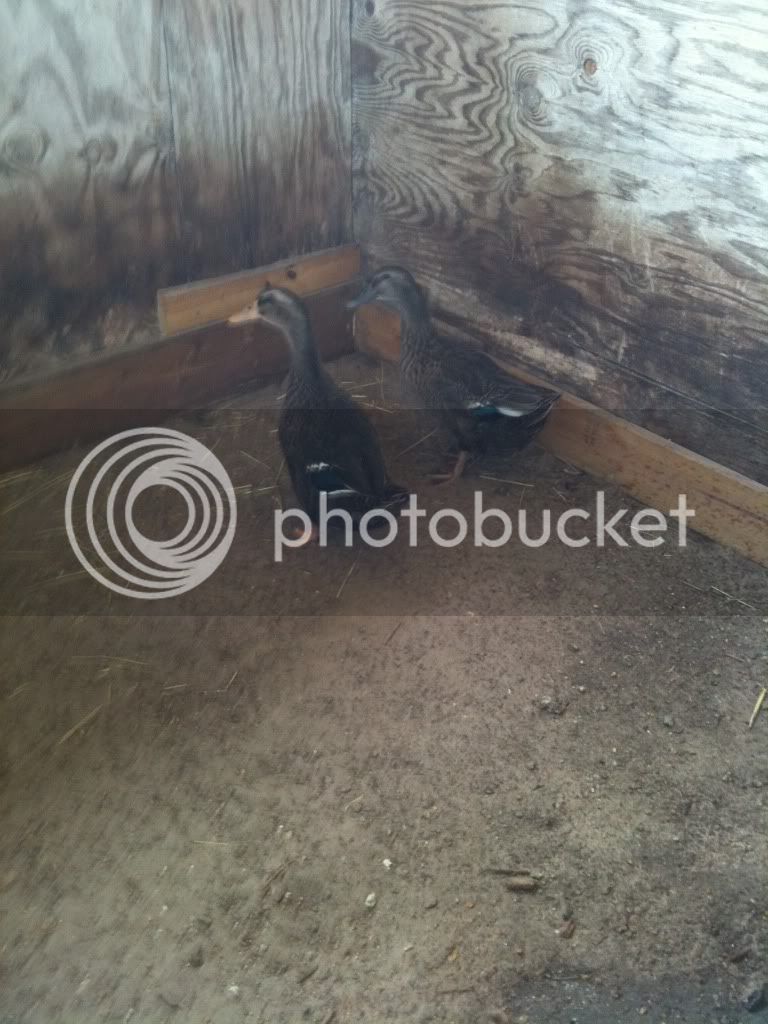 All rouens look like this when they have their first feathers. It is hard to tell from the picture, do you have more of a chose up of the face and tail ends?

Do they quack or rasp?

I got three straight run Rouens from the feedstore. At about six weeks, one had a lighter olive colored bill and the other two darker bills. One of the darker billed ducklings had already begun to quack. Then the other dark billed began to quack. The olive billed duckling continued to whispery peep. They are now about 9 or 10 weeks old, definitely two hens and a drake.

The drake does not have a sex feather yet, but the feathers on his rump are dark rathered than pencilled. His blue wing stripe is a greenish blue compared to the girl's blue blue stripe.

I was told here by someone the olive color of his bill meant he was probably a drake. The mature drakes have olive bills, the females darker.

I couldn't tell by behavior, like I could with geese. Ruby and Bella are much more friendly and curious and adventurous than Little Bill.

Thanks to all for the replys, one defintely has an orange beak and leg. And the other has a brown bill and legs. One does quack super loud and the other not so much. Maybe I have one boy one girl. What age/week does the male get all the colors?

May 31, 2021
Luv Ducks
L
M
Female duck holding down my other female