ATTN: I ONLY TAKE MONEY ORDER THROUGH MAIL.

The crest is formed from a mass of fatty tissue that emerges through a gap in the cranium.( skull) From this, feathers grow. Crests vary from centrally placed, full crests, rather like powder puffs, to knobbly protuberances with just a few feathers; or the occasional earring when it has 'slipped'. The crested gene can be bred into any breed except Muscovy as one parent crested will breed a percentage of crested offspring .All crested seldom breed successfully but if they do produce better stock. If using a crested female with a large crest watch as the drake uses this as to ' assist ' mating and she can get injured easily. The tuft of feathers on the head, which occasionally appears, having been recognized as a point of attraction, selected and bred for of the off spring many will be plain headed but carry the crested gene so a crested drake will turn any breed crested.
The crest gene is an incompletely dominant one. ie, if an chick receives a double dose of the gene &endash; one from each parent (homozygous) it will die in the shell. If only one of the parents passes it on (heterozygous) the resulting hatches will be :- 25% will not hatch, 25% will not have crests and 50% will have crests. If a crested heterozygous bird is crossed with an un-crested one, the resulting hatch should be 50% crested and 50% plain. So, as you can see, breeding Crested ducks is challenging and not recommended for beginners; also if the crest is so large as to intefere with normal eating and mating etc it would need to be 'trimmed' to allow the duck a normal life.
http://www.domestic-waterfowl.co.uk/crested.htm Where I got the information at. 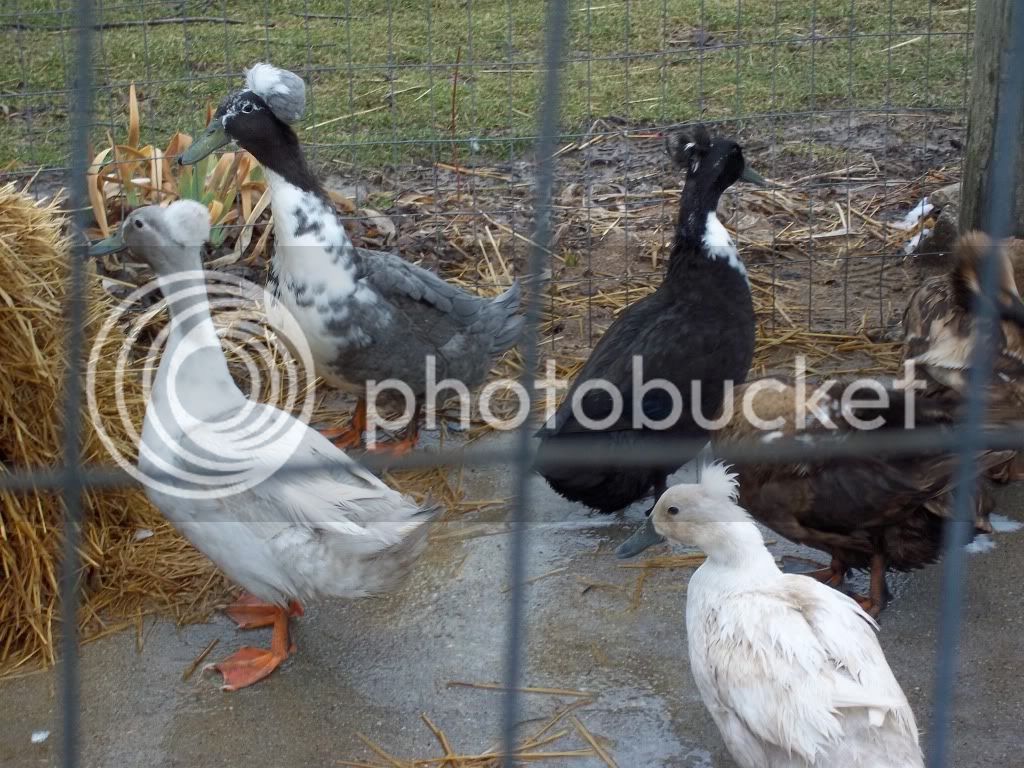 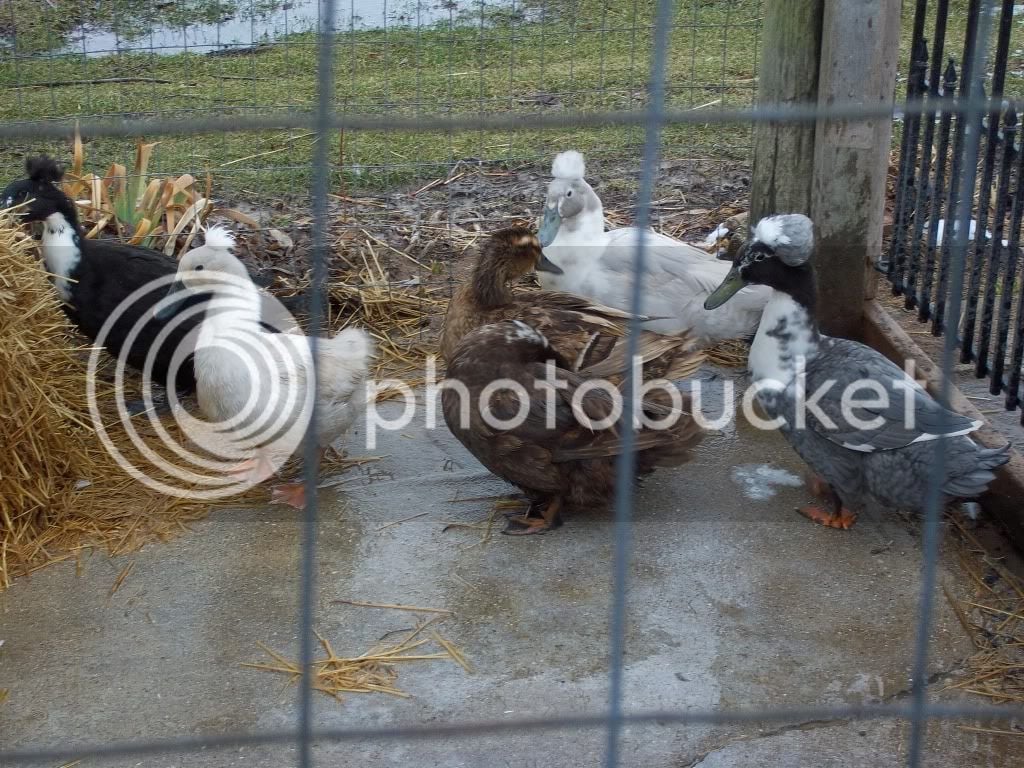 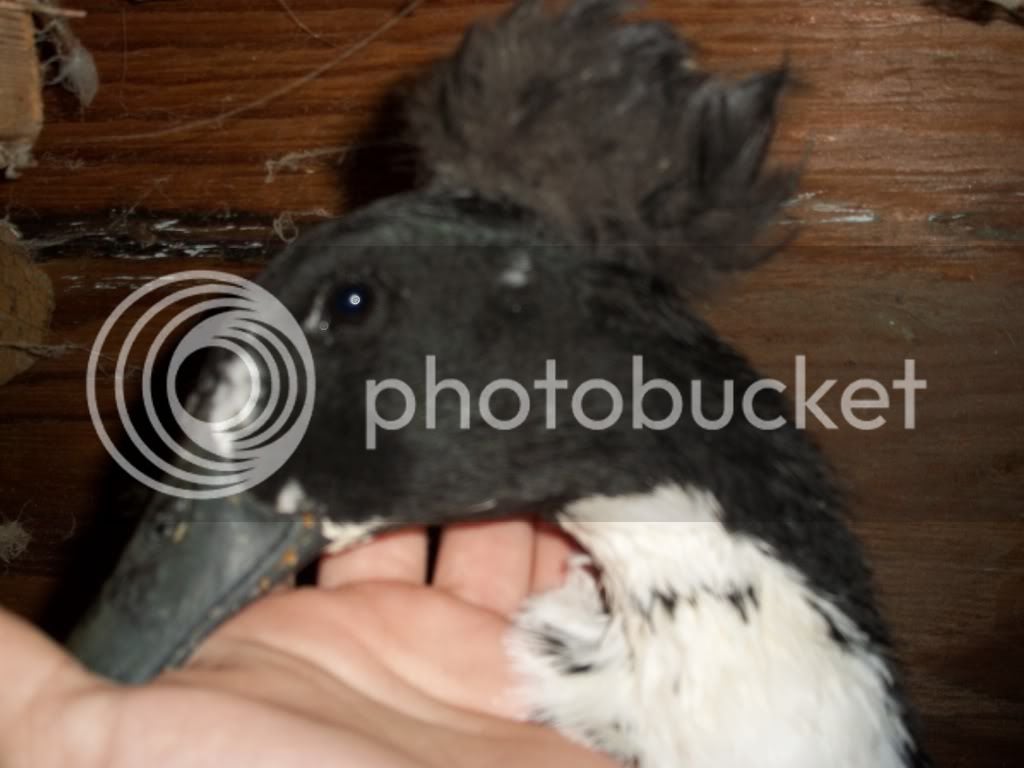 Some more pictures from 2 days ago. 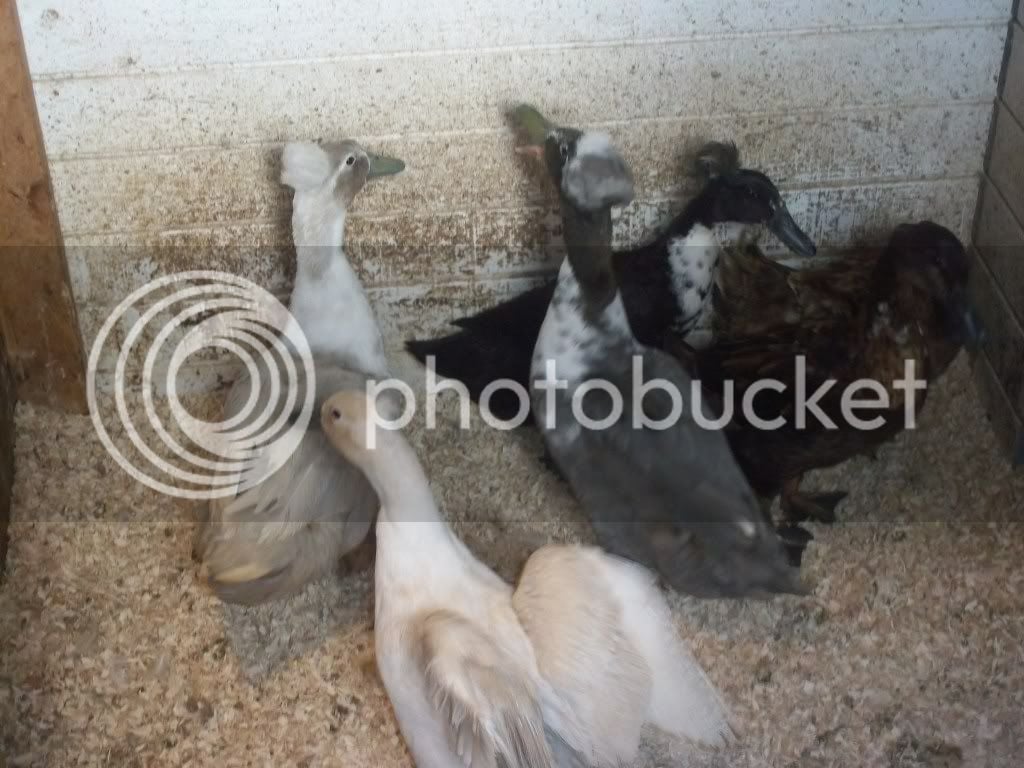 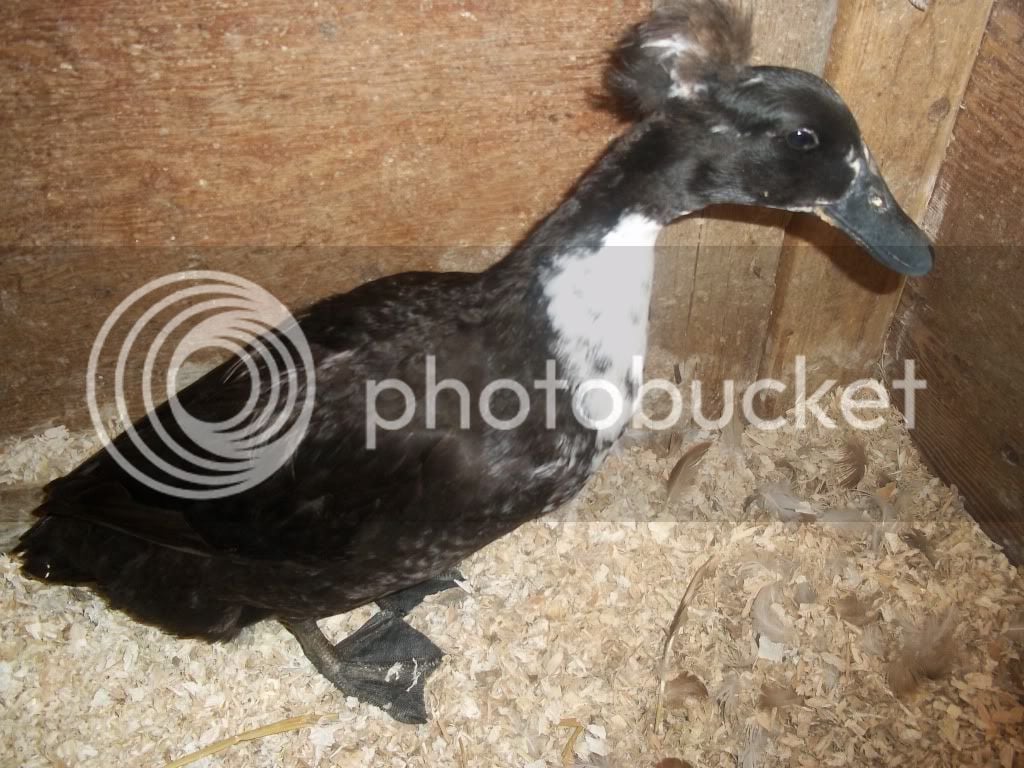 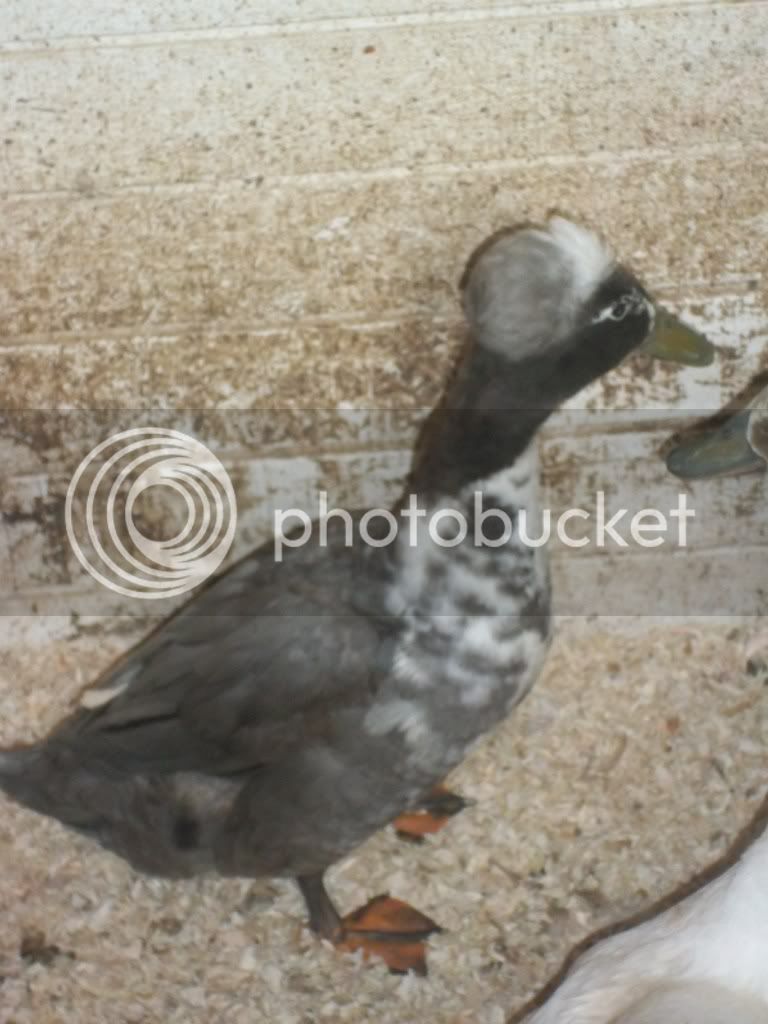 I'm going to have to close the auction. I havent got a single egg in 3 days. I also just discovered that they are molting.
You must log in or register to reply here.

Genetics Help Please, Curious Tail Development - or lack there of...