Babies in the coop, pic heavy

I've been promising some photos for what seems like forever, so finally! here they are.

Sir Clucks a Lot, our mess of a Polish Roo. He is all sorts of mixed up, but I like him. I like the little bits of silky fluff at the base of his tail. Reminds me of a bustle on a burlesque dancer. 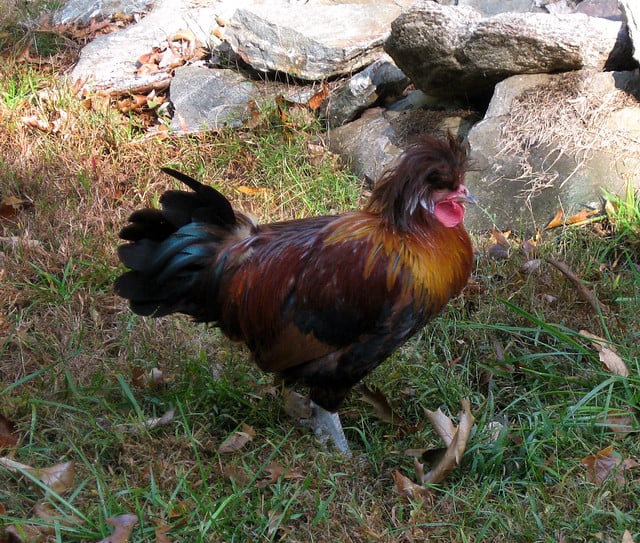 Our coop, which my friend and handyman, made for us. He's fabulous. The run and pop door are off the back of this. Plan to expand the run significantly very soon. I painted it mostly myself! Which is amazing because I am NOT handy or very good at painting at all. Next spring I plan to plant flowers around the base and some stepping stones near the door to help prevent the mud issue I have here. I also want to put a flowerbox under the window that you can't see in this pic. It's opposite the door. Maybe some chicken type art on that bare wall, too. 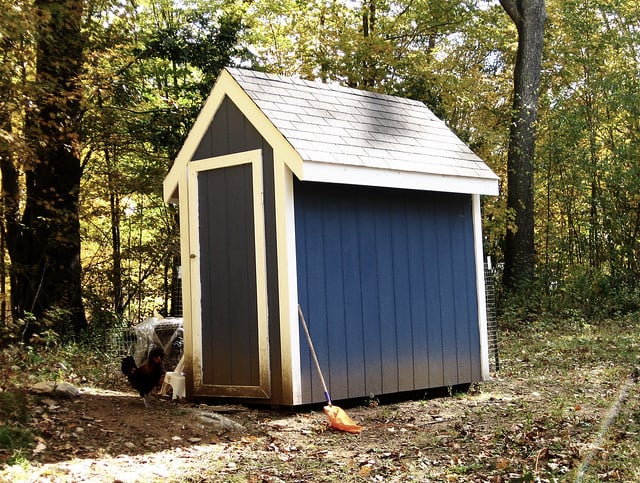 Two of the little ones. The one in front is my son's pullet, which is supposed to be a Russian Orloff. 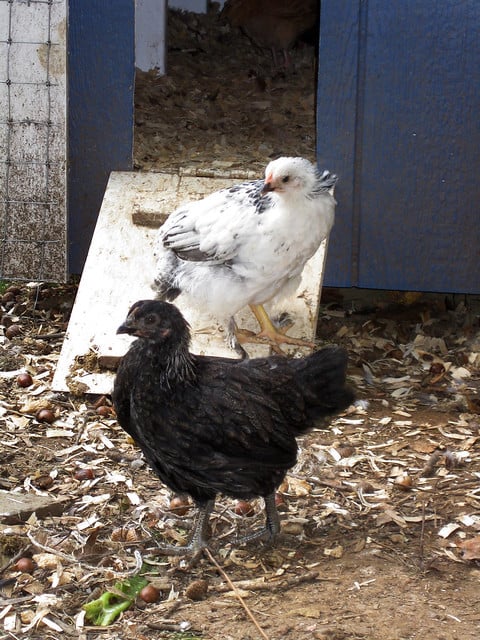 One of the Dominique girls. 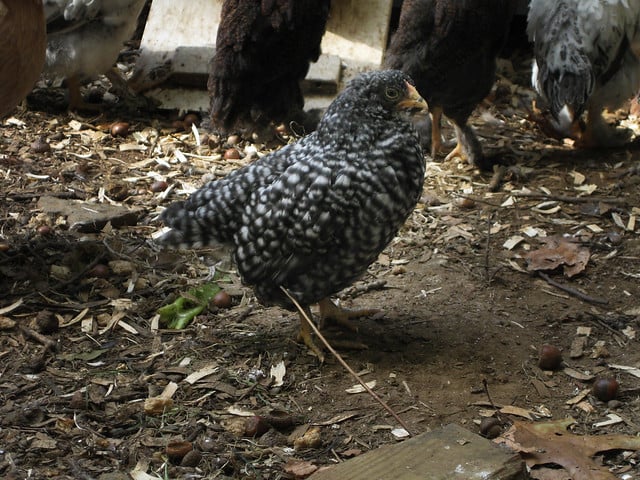 The girls with Sir foraging on the OUTSIDE because he's been pecking the babies. I let Marielle, the big hen out to forage with him for most of the day, and then put him in another pen at night, since he gets up at 4 am, until he realizes all these girls are his harem, he's in solitary at night. We have 9 girls, including a couple of Buff Orps, Cochins and Brahmas in addition to the Orloff and Dominiques. The Buff ors are totally little sweethearts. (One of the Buffs belongs to my daughter.) 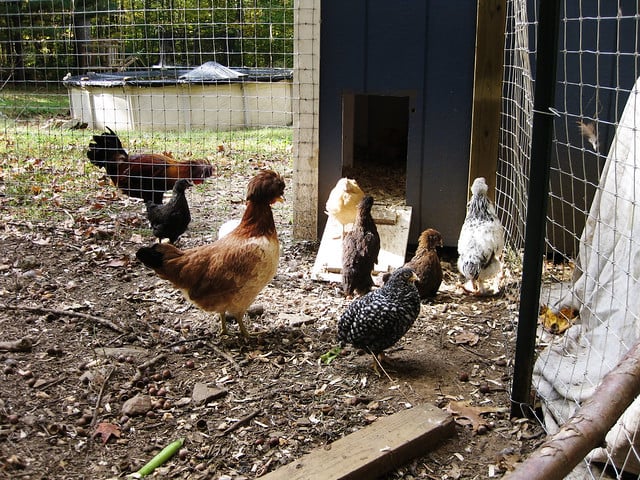 That rooster is just

Those top-knots just crack me up! What a hairdo for a roo!

LOL! Nice work on the coop and good ideas for improvement! I wish I had a cute coop that I could do different stuff with.... but mine is just the dirt floor of the barn....

Yes, Sir definitely thinks he's something else, that's for sure. He's usually a sweetheart, although in that pic he doesn't look like it! He was trying to show the dog he's a big tough guy. He'll chase the dog until she's about 20 ft near me, then he pulls up short. The dog hides behind me.

He also needs to get over himself and stop pecking the little ones, but I'm sure that when they get a bit bigger it will all settle down.

Hey, I would take a barn any day! I love our coop, but everyone is right, you should build it about twice as big as you think you would want. I'm even thinking about building another one down the road sometime. {Shhh, don't tell my husband yet. }