Back again now that they are older. Hens or cockerels?

I'm pretty darn sure the buff silkie and black cochin are cockerels. In addition to larger and darker combs and waddles, they have both been chest bumping each other a lot. The white one joins in a little sometimes, but the demeanor is different and less "what you looking at, huh? What?

The buff and white are the same age. I got them both March 20th, and they already had quite a lot of wing feathers, but otherwise all down, so I'm guessing they were a couple weeks old when I got them. The buff one has a bigger comb and wattle, but since they are different breeds, and my first chicks, I have nothing to compare the white one to. I really hope the white one is a Hen.

White one has a wonderful personality, and the feathers always make me laugh, especially when it's running. Please tell me it's a pullet! The frizzle (sizzle?) often likes to nestle down on her belly often, and I'm wondering if that behavior is typical of one gender or another?

I got the cochin on March 27th, and they couldn't have been more than a week old. Being the same age within a day or two, the golden laced is definitely slightly slower to develop, but I'm not sure if that's age difference, gender, or individual growth rates. The black one in addition to chest bumping has a much larger comb and waddles coming in, and it's tail feathers are more erect. The laced also likes to nestle on it's belly, and has a very calm, gentle personality, and like many ladies, has a lot to say about everything. The black one has a wonderful personality as well, and I don't want it to be male, but I'm pretty convinced.

I know there is a whole coop section, but if any of you feel inclined, I'd like your opinion on the coup, and floor covering. I'm going to keep pine shavings for now, but add rubber mats under them. I know cement won't be very forgiving so I was going to put shavings on that as well. What would you do with the dirt and rock portion?

If your seeing chest bumping those are cockerels. But each breed develops at varying rates. So far the pullet goes to the brown and frizzle chick.
Nice coop BTW, you will need to add a roost or two for them at 3 months.
B

Tonyroo said:
If your seeing chest bumping those are cockerels. But each breed develops at varying rates. So far the pullet goes to the brown and frizzle chick.
Nice coop BTW, you will need to add a roost or two for them at 3 months.
Click to expand...

Thank you. You think the large buff silkie is female and the smaller black and brown one is male?
We just finished the coop today. We are adding perches tomorrow. I really lucked out when I met my bf. I had no idea how ideal is would be for this chicken lovin' lady. He already had a tin roof covered car port he was willing to donate, was a journeyman carpenter, and bought a property with a huge shop that already contained most of the raw materials. I pretty much just had to buy hardware cloth and hardware. Where we live we need a covered run. There is an owl pair that lives a stones throw away from it.

Both sexes chest bump. That's not an accurate way of telling gender. It's looking like you have three cockerels and one pullet.

The Happster said:
Both sexes chest bump. That's not an accurate way of telling gender. It's looking like you have three cockerels and one pullet.
Click to expand...

Oh good cause I have 2 out of 5 that are chest bumpers but I am really wanting females and they were sexed at 90% accuracy as females before buying. When I read the 1st comment I was like

. Lol Im pretty sure they are females but its still too early to tell. They are only 4 weeks old.

The Happster said:
Both sexes chest bump. That's not an accurate way of telling gender. It's looking like you have three cockerels and one pullet.
Click to expand...

This is your only pullet: 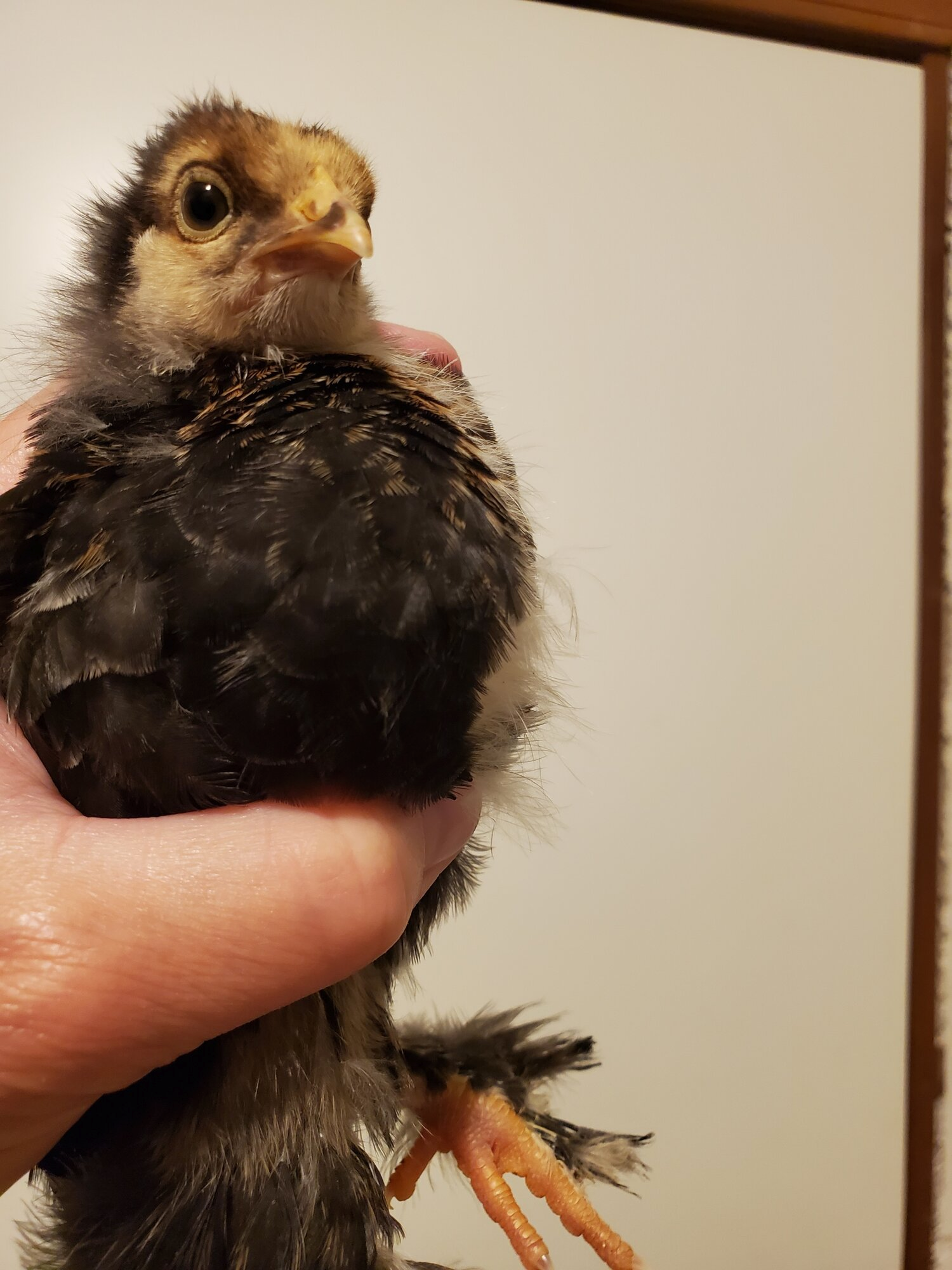 And buff is a Silkie mix with a single comb breed.

D
Need help with the genders of my barred rocks
2