Good evening! My friend and I recently got chickens for our apartment since we just moved from households that previously owned chickens and I missed them. Unfortunately, one of our little buddies seems to be a little guy.

It's a little over 3 weeks old and has a pronounced comb that's already turning red. 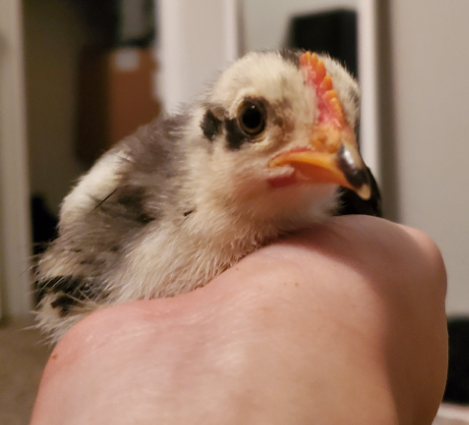 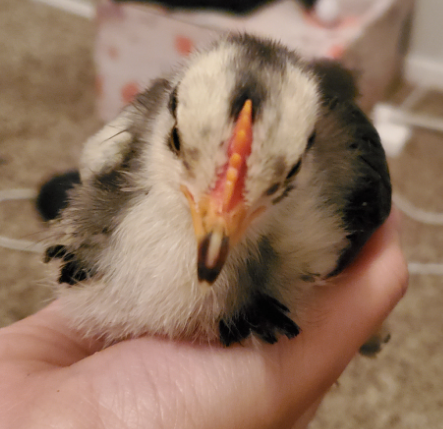 We took a chance with this little chick .The other chickens are ~2 month old pullets whose combs are smaller than his, so that's why I'm thinking boy.
However, I never raised bantam chickens from this young of an age before, so I am still unfamiliar with sexing babies.
We live about an hour and a half from Dallas, TX. Is there much hope in a farmer being able to take him for free if I list on Craigslist? I'm not sure what the demand for bantam cochin male chicks are so I'm worried we will have to put him/her down. I'd like to take care of him/her until the first crow but after that I'm stuck on what to do.

You can find people but they will most likely butcher it and feed it to their dogs.

It might be a rooster be it so hard to tell.
R

Cream and Bob said:
You can find people but they will most likely butcher it and feed it to their dogs.
Click to expand...

we got it from someone selling a batch of chicks so I think if we didn't buy it,that might have happened to it anyway. Is it better to cull chicks this young?

It might be a rooster but it is hard to tell.

You could sell it to someone that might want it. Or you could wait and see if it's a boy when it's older.
R

Nick the chickens lover said:
You could sell it to someone that might want it. Or you could wait and see if it's a boy when it's older.
Click to expand...

True, I think if it isn't free it might discourage people from feeding it to their animals. I will most likely raise it until it first crows (or not, fingers crossed).

@rreyou try posting in the Texas thread. You may have better luck rehoming him there or on craigslist. Also try Texas Backyard Chickens facebook and on MeWe. Good luck.

More likely then not, cockerel. Cochins are known for reddening up somewhat early.

You could try to find a home for him, try the texas thread, as somebody else suggested, or try the buy/sell/trade threads.
You must log in or register to reply here.
Share:
Reddit Pinterest Tumblr WhatsApp Email Link