I purchased Bellatrix from the local Farm & Garden store. As I browsed through the redneck rig they had set up to contain chicks, I found her. She was in a cage with a label on it that had been scratched out. I didn't pay much attention to it as it had been crossed through, but it listed some chicken breed I didn't know. Another label was beside it and said "Rainbow Pullets".

Mind here, I don't know anything about chicks. She is my first, and I've been following along with all the guidelines and she's doing well.

I picked her out and put her in her temporary jail cell and went to the counter to pay. I asked the sales clerk what breed she was, if indeed she was the Rainbow as it was secondly labeled. He told me they were Rainbow females, about three days old.

Now mind you here, the cashier seemed to be a little baked, if you get the hint, and I don't honestly know if he even knew where we were let alone what this chick was.

With that I paid my money and brought her home.

She's about four weeks now, and I started researching her. I couldn't find much information of Rainbow Chickens, but came across a couple of pictures that looked like her. They were Barred Rocks.

Hmm... maybe that's what the other label said?

So my question comes to, what breed do you think my chicken is? I have no idea what a Rainbow is supposed to look like since they're just jumbled crosses from what I get.

Researching the Barred Rocks I found that she might be a pullet. She has darker legs, and a black forehead (not the lighter they sometimes describe). She's got all the white stuff on her head that signifies gender too but I can't tell with that.

So, what breed, and any gender ideas?

She (he) is very friendly, active, and outgoing. I don't care what she is, I would just love to know more (and hear any tips or tricks from anyone!)

If you speaking about Dixie rainbow chickens, they are sometimes crossed with a barred roo over a Cornish crosse hen these are my rainbows the last 2 pics are of my young hens about 8 weeks old

ppimf said:
If you speaking about Dixie rainbow chickens, they are sometimes crossed with a barred roo over a Cornish crosse hen these are my rainbows the last 2 pics are of my young hens about 8 weeks old
Click to expand...

Those crosses look beautiful! And honestly I have no idea. It very well could have meant Dixie Rainbow, however they just labeled it as "Rainbow".
D 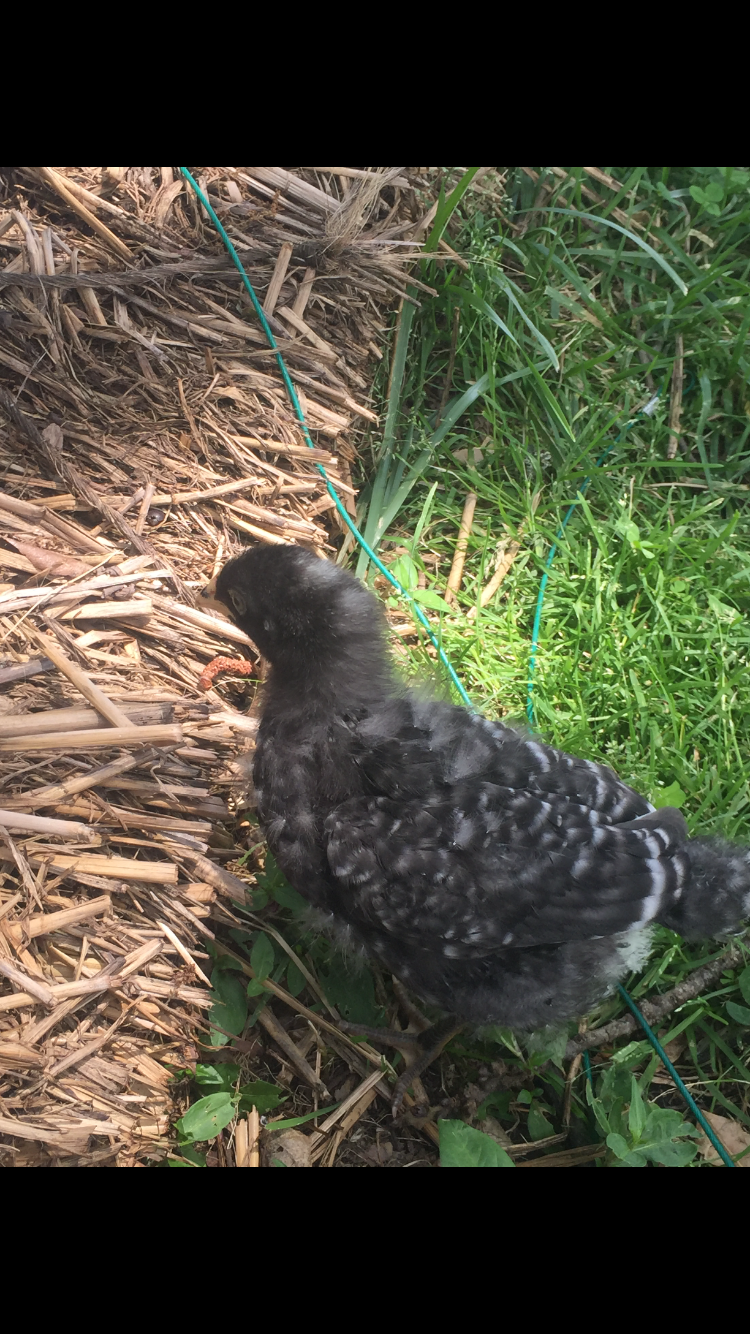 A better side shot.

Barred Rock. Too young for gender, but not an obvious cockerel yet.

Is she the only chick/chicken you have? It's best if you have at least two, they're social & often don't do well along. If you can, get her a friend at about the same age/size.
D

barred2rock said:
Is she the only chick/chicken you have? It's best if you have at least two, they're social & often don't do well along. If you can, get her a friend at about the same age/size.
Click to expand...

She's got herself a boyfriend who's about a week and a half older than her.

During the day the go outside together in a fence in pen. At night they come back into their little seperate tubs under the lamps, he is quite a bit bigger and so I don't like them in a small area close together outside at night.
Last edited: Jun 3, 2017

Looks like a barred rock not screaming cockerel, for now she looks like a pullet.
Hope you have other hens because your cockerel will be overbreeding her if not.
D 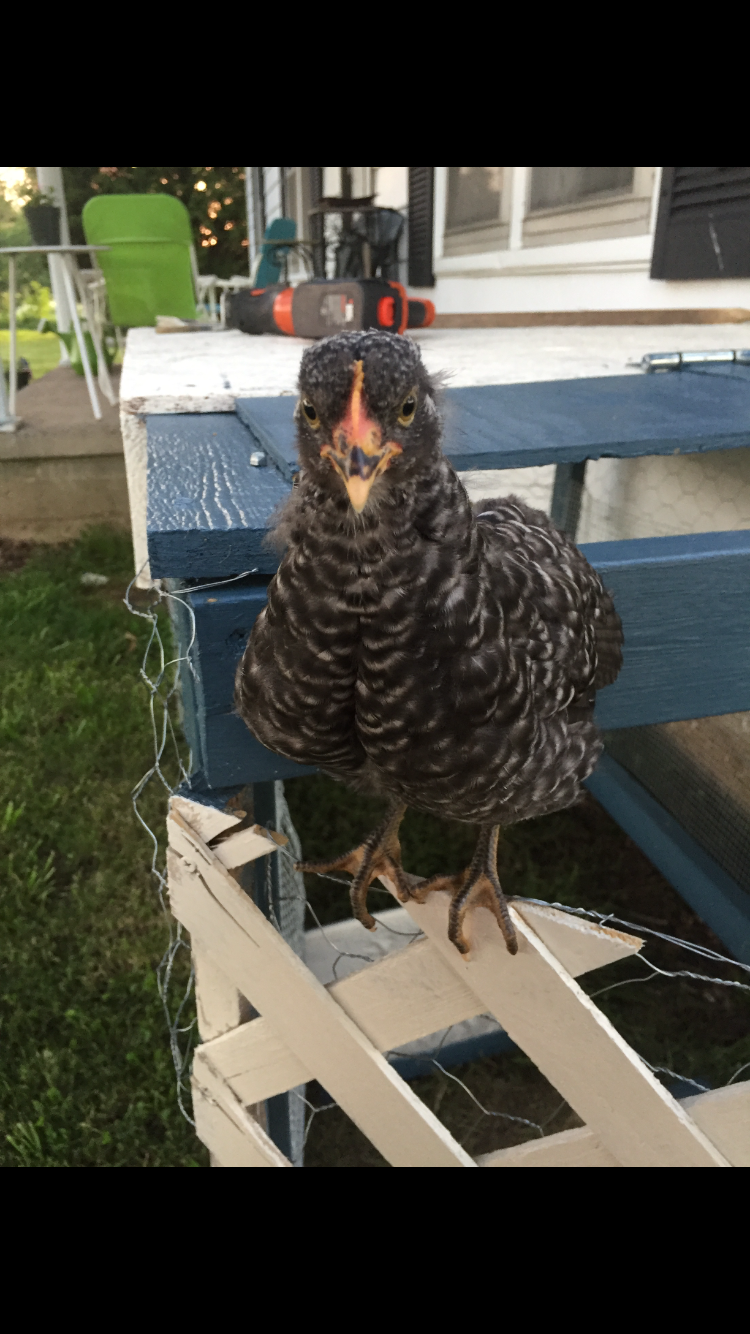 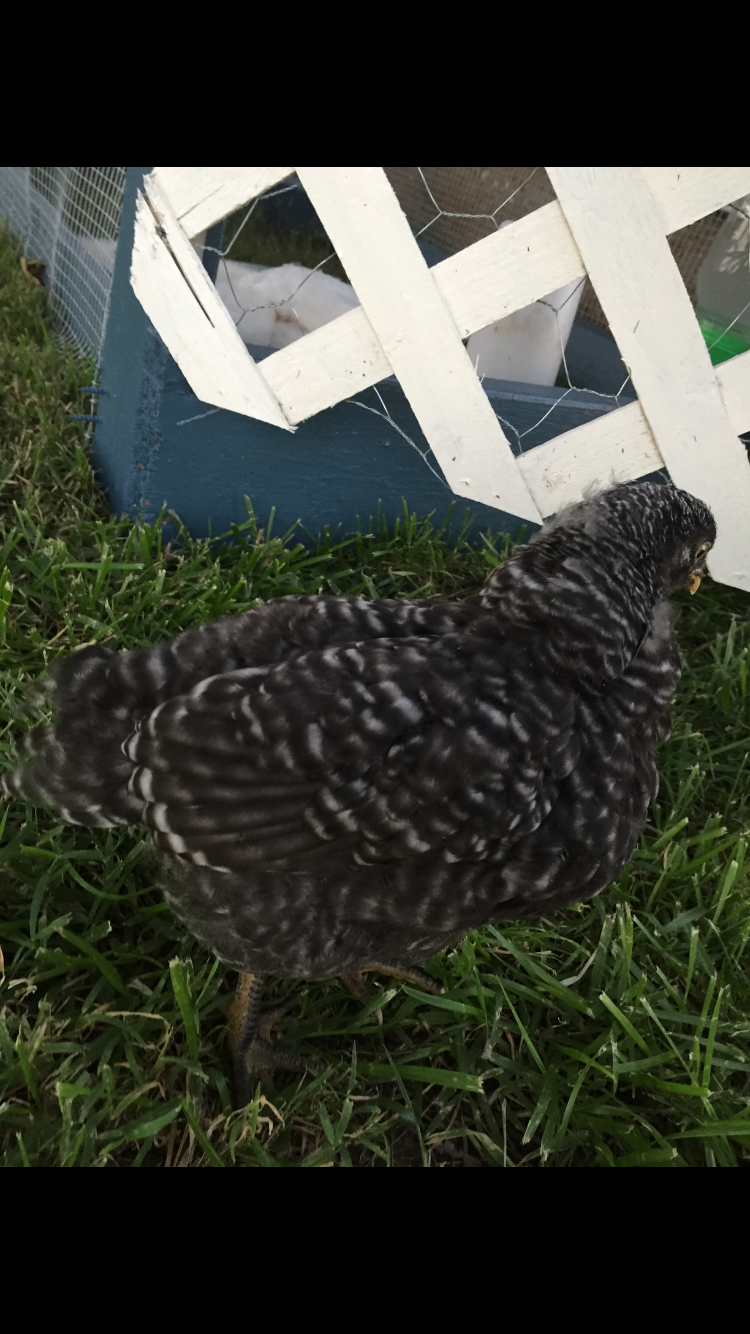 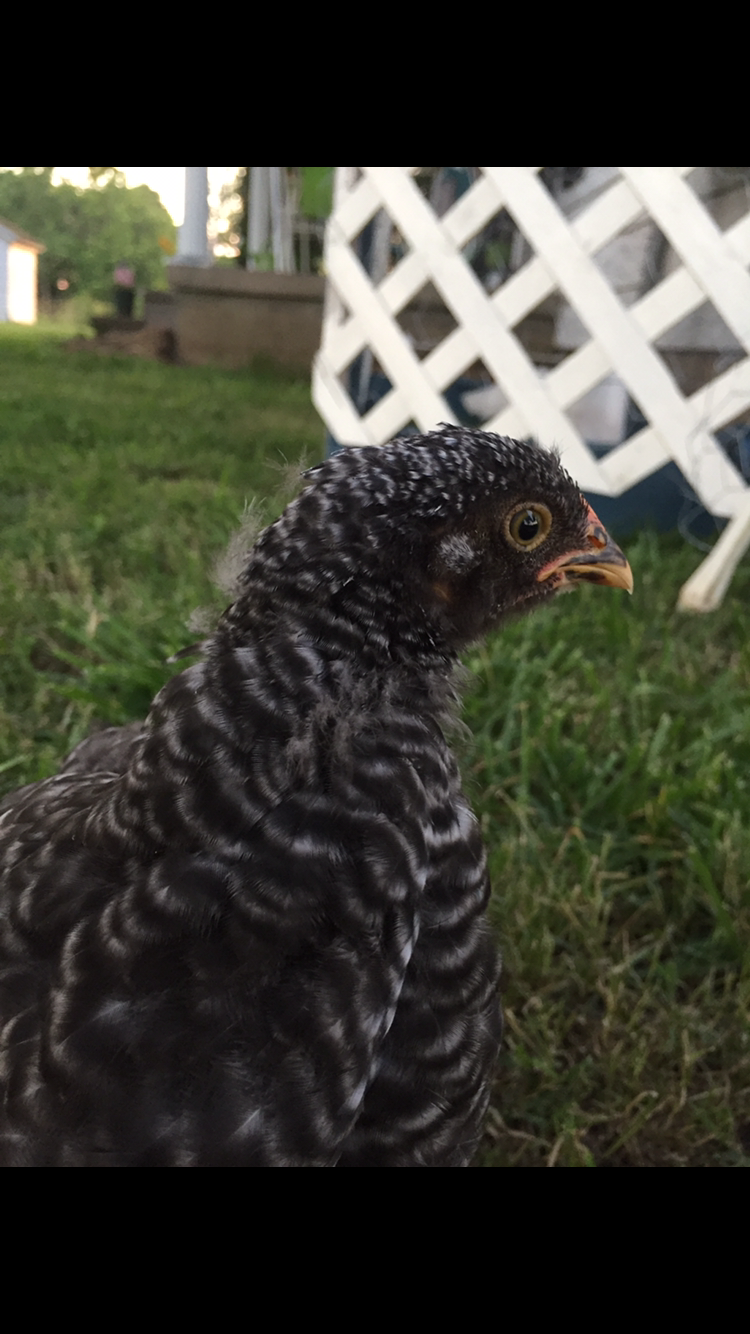 I was wondering if any of you felt definite now that she has grown up. I still think hen- but I don't know too much about this!

I believe she's 5-6 weeks old at this point. She is extremely human orientated.

D
What breed is my big girl

Help me find out what gender this baby is