So... I picked up 3 baby chicks to keep my "Lovey" (CLB chick) company. When I got them out of the box (seeing them for first time) I noticed that "Lefty" only looks right- and cant seem to turn his head to the left. He also holds his left wing lower and it sort of separates from his body when you look at him from an overhead view. Also, if I put him up against a wall, so that the wall is on his right, he is stuck, and cant turn left to back away from the wall. He seems to stretch out his wings a lot, and his legs. He literally hops sideways. He is friendly and eats a ton and is 140 g (Lovey is only 69 g) and they were born on same day. But she is a CLB pullet and he is a BCM/cross roo (comb already showing very well) so... I'd like to keep him, but not if its some weird disease or deformity.
When I got him 2 days ago i thought he had pulled a muscle in the box/car ride. I'm sure she (the breeder) wouldve noticed if something was wrong with him, and even in one of the pics she sent me the same morning that i got him- he is looking left and right- so it mustve happened in transport or maybe is something that just started to grow.
Anyways, breeder is lovely and will exchange him because she initially wanted to keep him for herself (he is very big and robust looking)..... but Im wondering if any of you have ever seen this or have any ideas as to what it is.
Ill attach pictures in a moment.

He sounds like he might be suffering from wry neck (torticolis, crook neck) which can result from a vitamin deficiency, a head injury, or it can be genetic.
I would get some Poultry NutriDrench or Poultry Cell vitamins, and give the chick 1 ml daily into it’s beak a drop at a time. The important treatment is vitamin E and selenium which are both found in those vitamins. 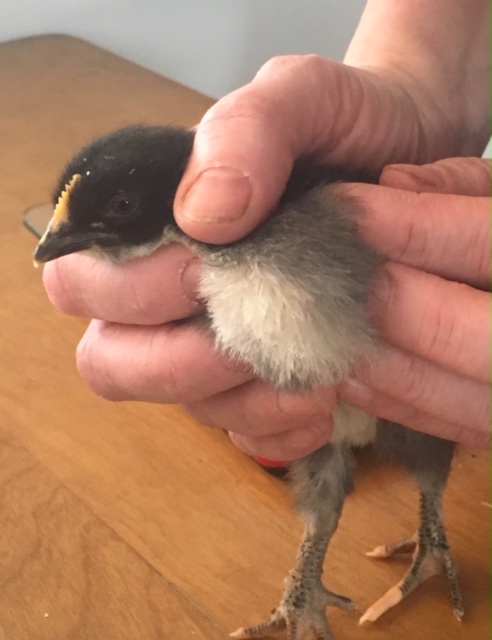 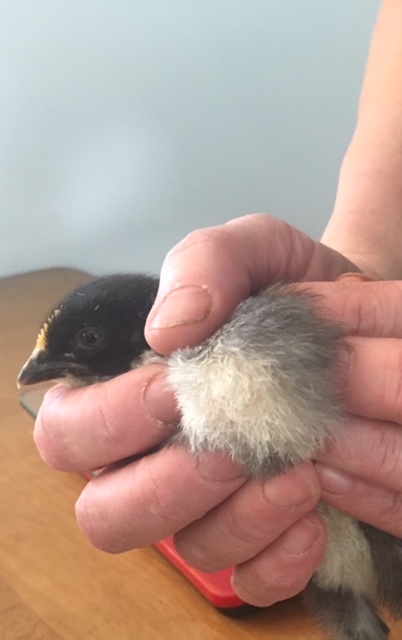 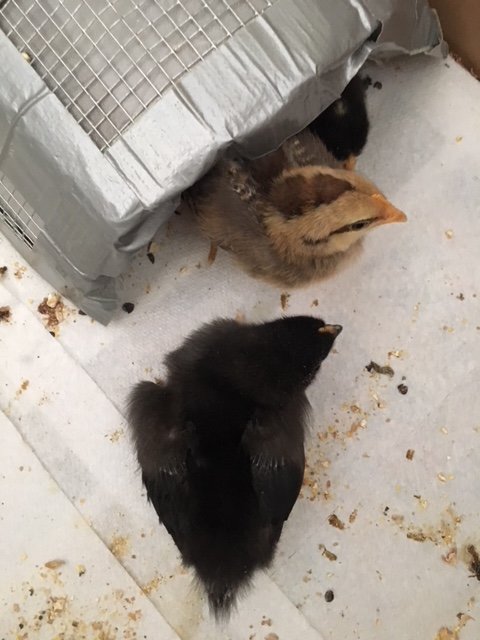 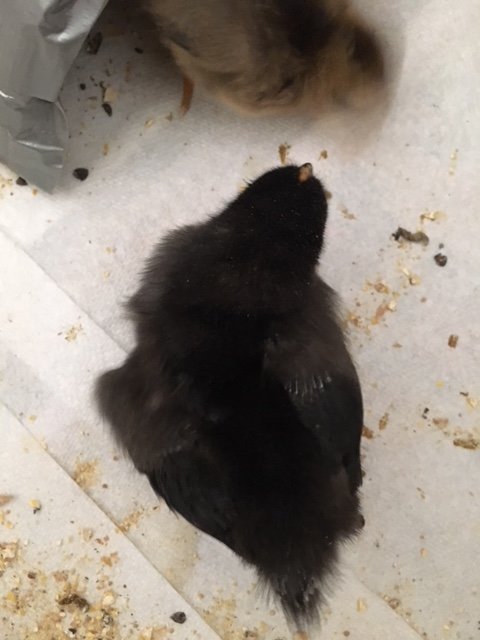 I am giving them stress aide (vitamin supplement) in their water. and organic chick starter.
Last edited: Mar 17, 2018 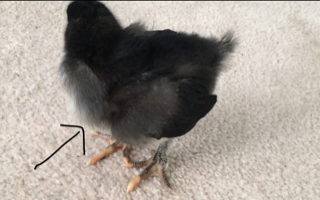 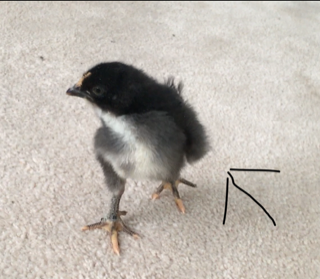 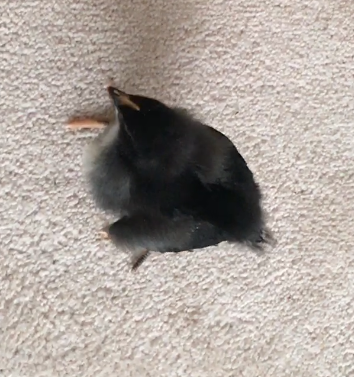 The first two shots in the PREVIOUS POST are me trying to show the size of the lump. it feels squishy -like a lump of fat.Breeder said thats his lunch.... not so sure.
The rest are of how he holds his wing and is always looking to the right.
It does feel like his neck turns at a sharp angle to the right. I gave him some very concentrated stress aid by dropper into his beak just now. Will do that every few hours.
Last edited: Mar 17, 2018

Should I just exchange him??

I suspect that the lump is probably the crop, to be sure check at night before they go to bed, it will likely feel full/lump, check again early in the morning before it's had a chance to eat, it should be empty/no lump. If that's the case it's just the crop and it's normal. Some chicks are big eaters and will get really large, full crops when they feed, and it will happen throughout the day. Whether you exchange or not is up to you. I would also follow the previous advice and treat for wry neck with the vitamins, making sure that whatever you give contains E and selenium in particular.

Ok- I will do that- check his crop tomorrow morning.

Thanks for the ideas, guys.

stress aid has a lot of vitamin e, and a whole list of other vitamins but no selenium....

The crop is normally on the left ( you can check the others and feel their crops,) but very rarely, some have reported the crop being on the left side.

Another possibility for the lump could be a leaking air sac (air trapped under the skin) from a bump. That could cause the neck to be turned, but wry neck could as well. Hopefully, we can all help you.

Selenium is found in egg. Usually I don’t give my very young chicks egg under the age of 2 weeks, but you could try just a little cooked egg.

It looks a lot like wry neck and a full crop. How are the others treating this one? Are they pecking at her?

BIG BOY Having a limp now a droopy wing.