So I finally found some lady friends for my tom and the smaller, lighter colored hen has been laying an egg every other, or every third day. On a complete whim I decided to set the first nine eggs just to see if he had figured out what the hens were for. All mating attempts I have seen involve him being on sideways or backwards and that's if he doesn't fall off halfway through. The older, darker hen refuses to squat for him. She's also not laid any eggs yet. So I'm hoping she'll warm up to him by next year and and she's not too old to lay. Anyway I candled the eggs a couple of weeks ago and was completely shocked to see all nine eggs were fertile. I was even more shocked yesterday when I woke up to five turkey poults in the incubator (two days early according to me and the incubator). The last little one hatched out this morning before work so I left him in the incubator to fluff up. I couldn't be more pleased. The tom is "Blue" and the hen that is laying is "Self-blue" or "Lavender". I think two or three of the poults are Blue, but the rest hatched out almost white, so they'll be Lavender. What do you all usually call the lighter variation, Self-blue or Lavender?

Anyway, I'll try to get some decent pics of the little ones when I get home and I'll add some.

ColtHandorf said:
What do you all usually call the lighter variation, Self-blue or Lavender?
Click to expand...

Either is correct. When advertising them for sale, I usually put Self Blue aka Lavender.

That's good to know. Like with Lavender chickens I never call them "Self-blue" so I wanted to be sure it didn't cause any unnecessary confusion.

I do have one little incubator picture from yesterday and one in the brooder... 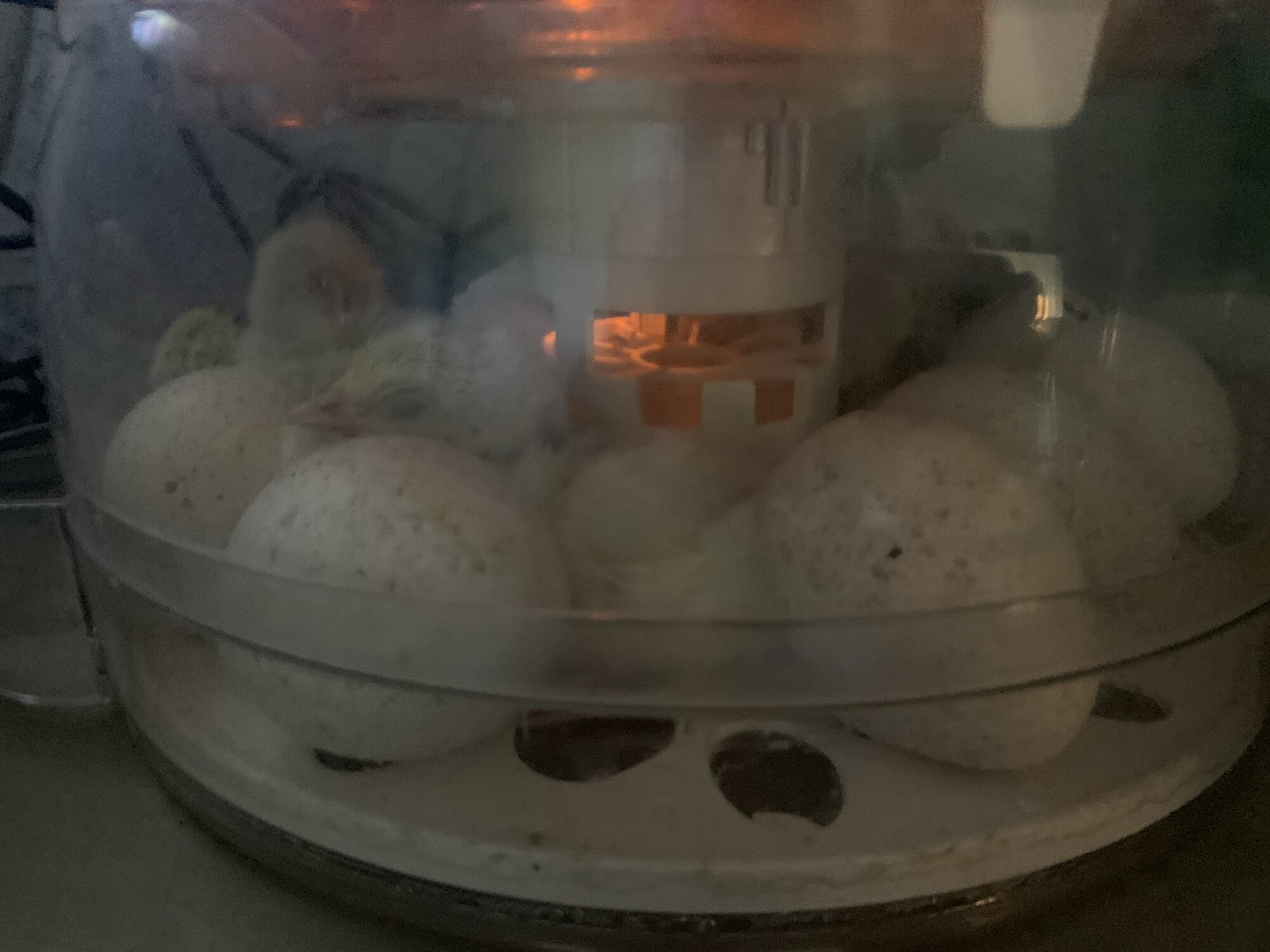 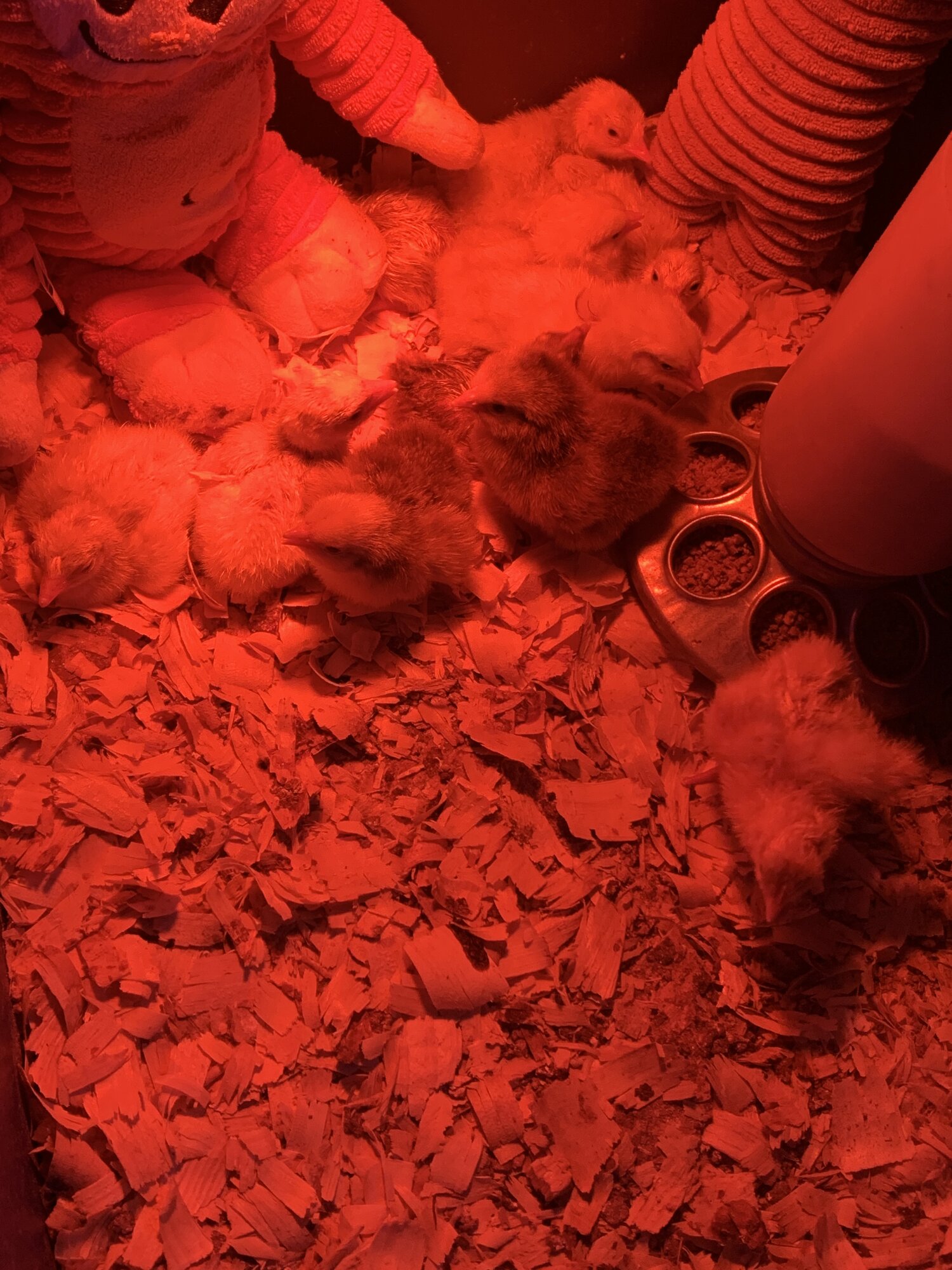 Poult with dark and light gray spots? What color is this?