I am trying to plan for a possible builder coop in the late Summer. I know that the way I se up, there is a lot of wasted space, but that is okay. If I change from breeder pens later on, I can remove the pens and have a large coop for anything. This is a big part of the plan. Each design has space for a brooder, at least 2 pens, a run, and look okay. The first one is like Buster's coop under construction. The second is exterior like the layer lodge, minus one "wing" if that makes sense. 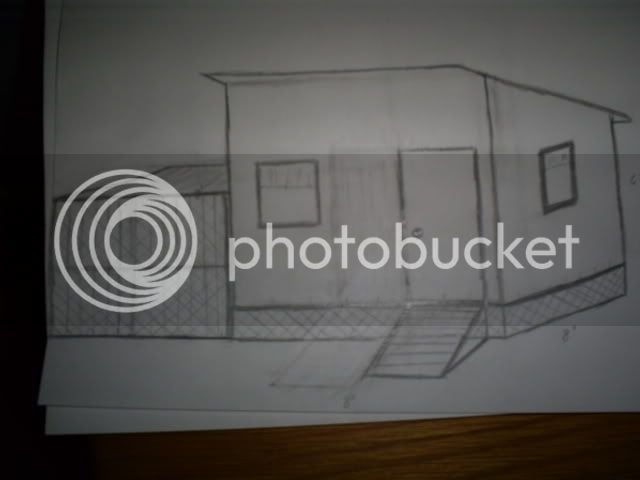 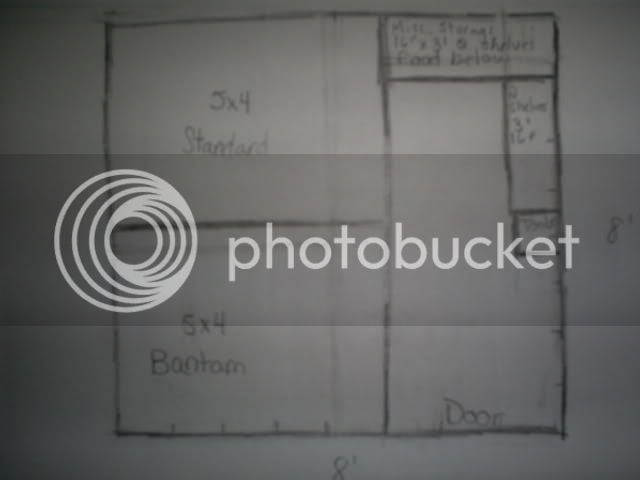 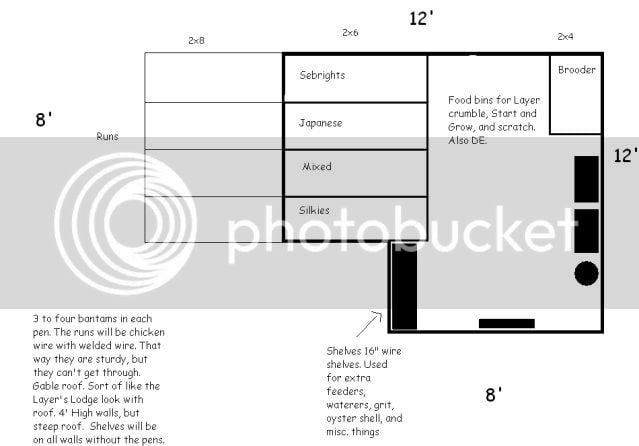 Have you thought about having the storage area along the front, then put the bantams where the storage was and still have it a 5x4 pen? That way you could have a run on both sides and won't risk having any "accidents" with chickens escaping into the wrong pen? Just something I thought of. You don't have to do it, your plans look great already! If only I had the room to build something that big.

That's a great idea. Or I could even move the door to the middle and have runs on both sides. I am unsure though. I don't really have the room for it

we are kind of stealing half of the chainlink kennels for the big dogs. There will only be a big German Shepherd ??? mix that is 17. He has grown with chickens and there is a gate and fence seperating the run the chicks would be in and him. My brother is moving out so his dogs will not be out there. It's just a lot of cleaning

E
Help me refurb this tank of a coop!