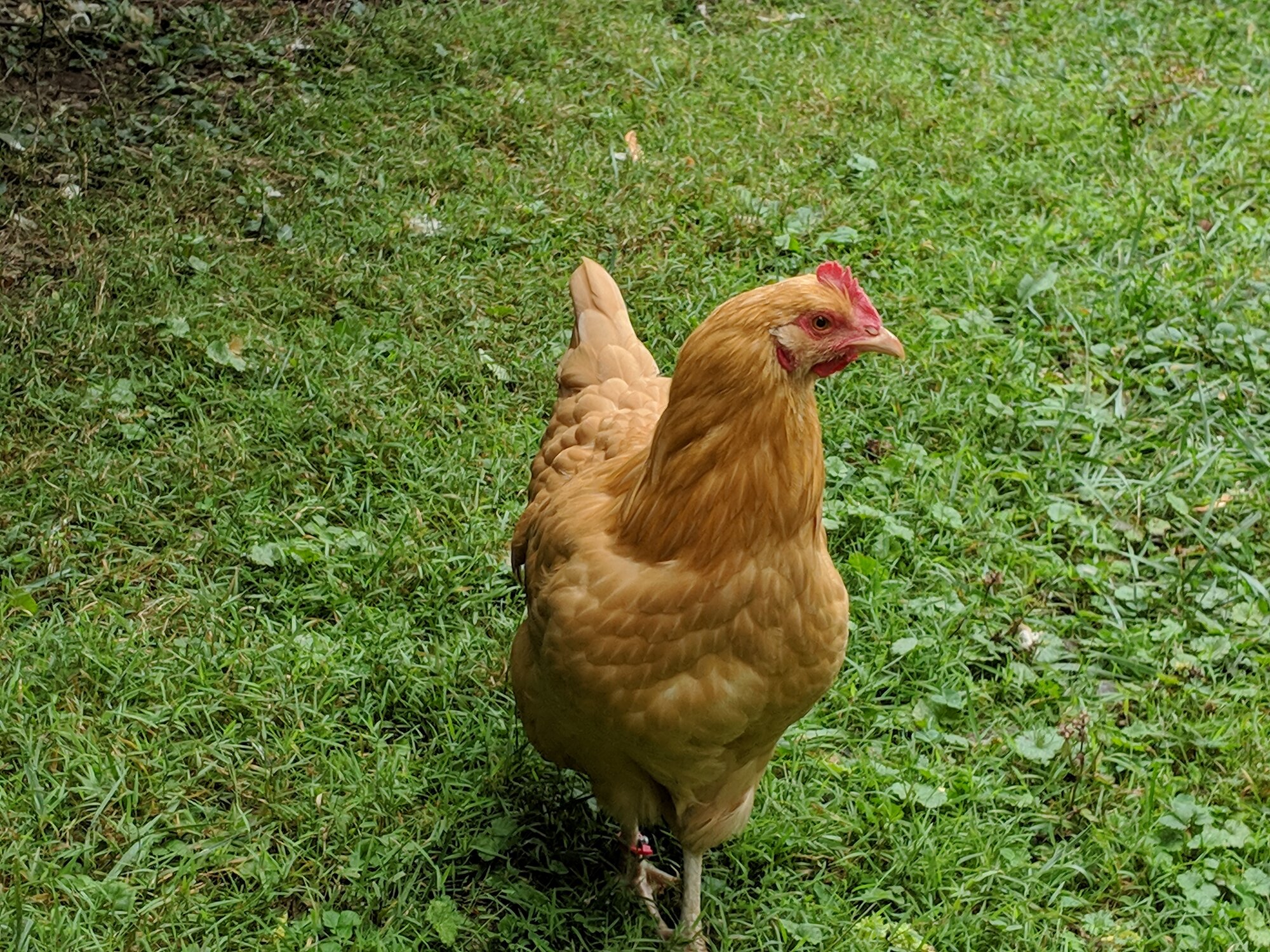 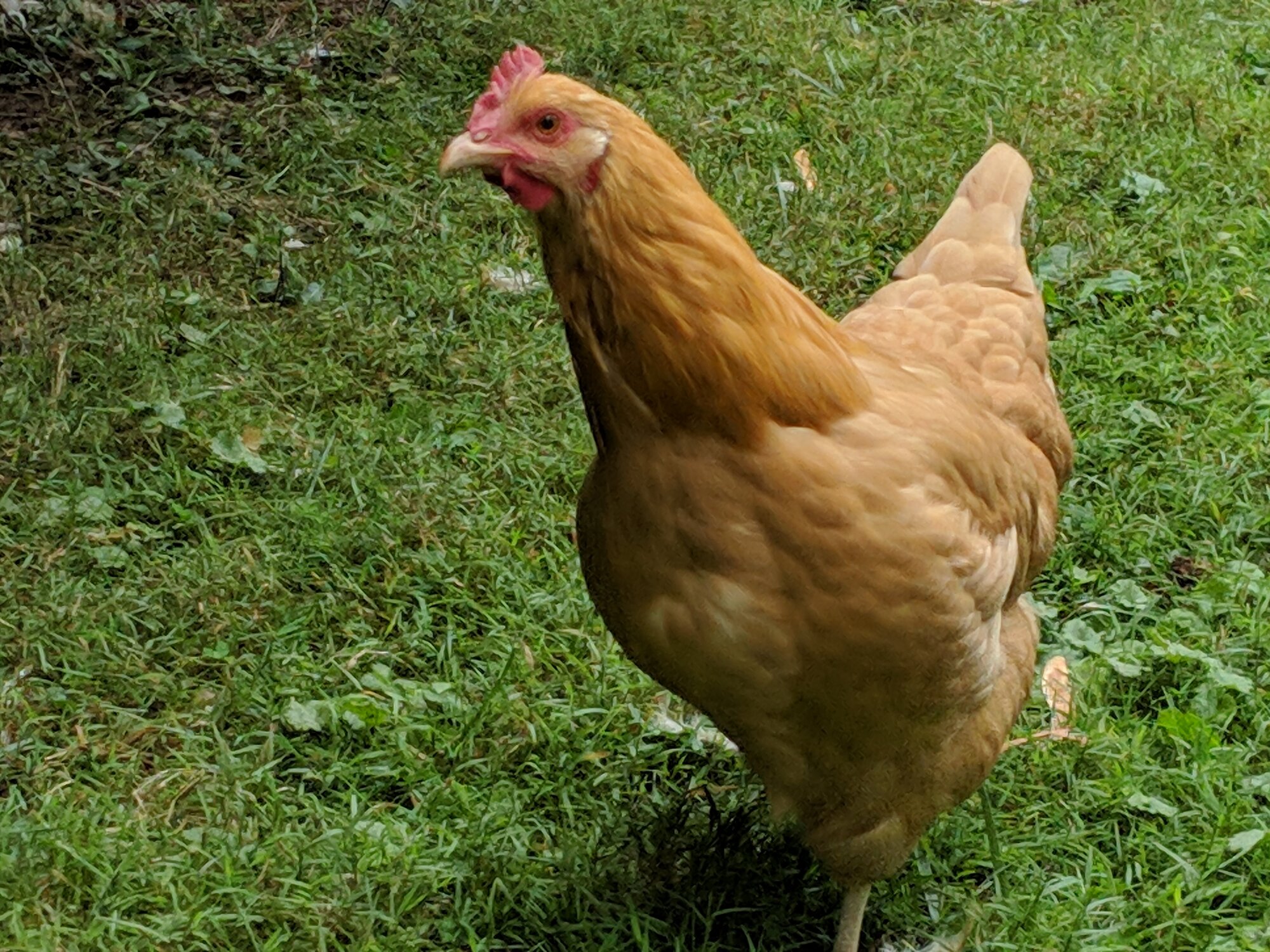 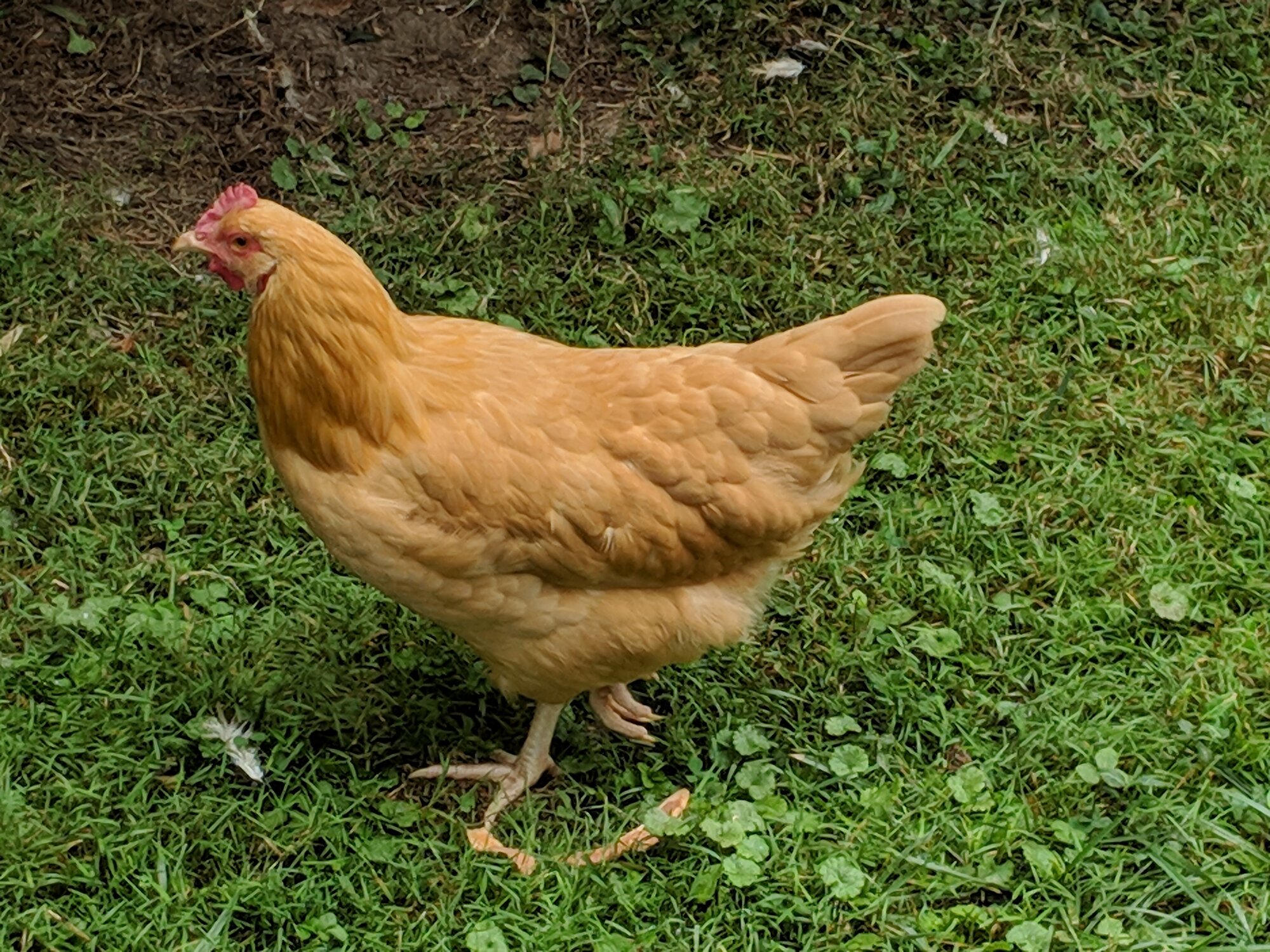 This is our first year raising chickens. We got 7 buff orpingtons and one of them looks and acts very differently from the others but we don’t want to give him away until we know for sure he’s a rooster. He is about 4 months old and hasn’t crowed yet but pecks at us whenever we’re close by and acts different then all of the other chickens. None of them have started laying yet and we’d like to get him out before he starts fertilizing eggs if he is a rooster. Thanks for the help!

That is a hen most likely isn't socialized properly as they are usually very friendly, hens will peck too

Looks like a very pretty pullet. Orpingtons are great birds- best of luck.

I agree, you have a pullet

That is a pullet. I love Buff Orpingtons! They are by far the most friendly and docile in my flock. However, I have one Buff Orpington who is a little different. She was raised with two others who are very sweet indeed, but she is not. Even though I hand fed all three, from the beginning this one was grabby and crabby. For a while she would peck at me when I came out, so I started leaning down and petting her. Took a couple weeks but that stopped. Then the berries came in and I offered her a berry in my hand. She growled and grabbed it and then growled the whole time she ate it.

I think she is half Tasmanian Devil because she sounded like the one in the old cartoons. That lasted a few weeks and now she will grab the berry, but isn't growling. Some chickens just have a crabby disposition, but they can be tamed.

It's a lovely girl. Don't be alarmed by the red.

Their personalities and nature are the best, in my book. Although I have a friends the said hers was mean