Bumble in Pekin or just muddy?

I have a Pekin that’s just under a year old. She keeps getting chased of from the group by the drake. I noticed she was limping a few days ago and have been watching her. The limp has got a little worse so I brought her in gave her a warm soak and took some pictures. Now she’s resting in the mud room bathroom. What do you guys think? Does it look like bumble? Her toe also is swollen. The pad on her foot kind of looks like a large wart if you’ve seen those. Where it’s segmented and seedy looking. 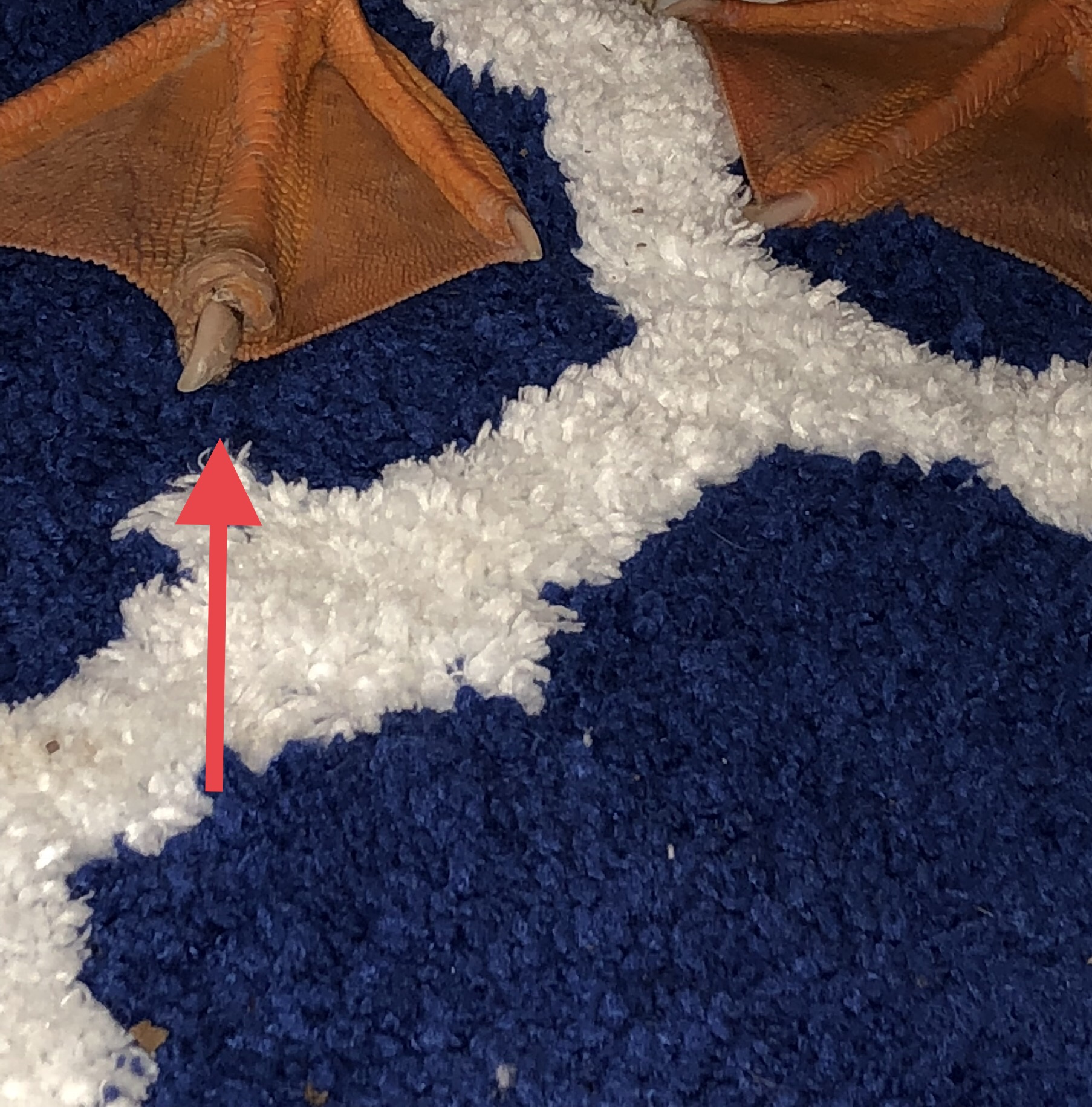 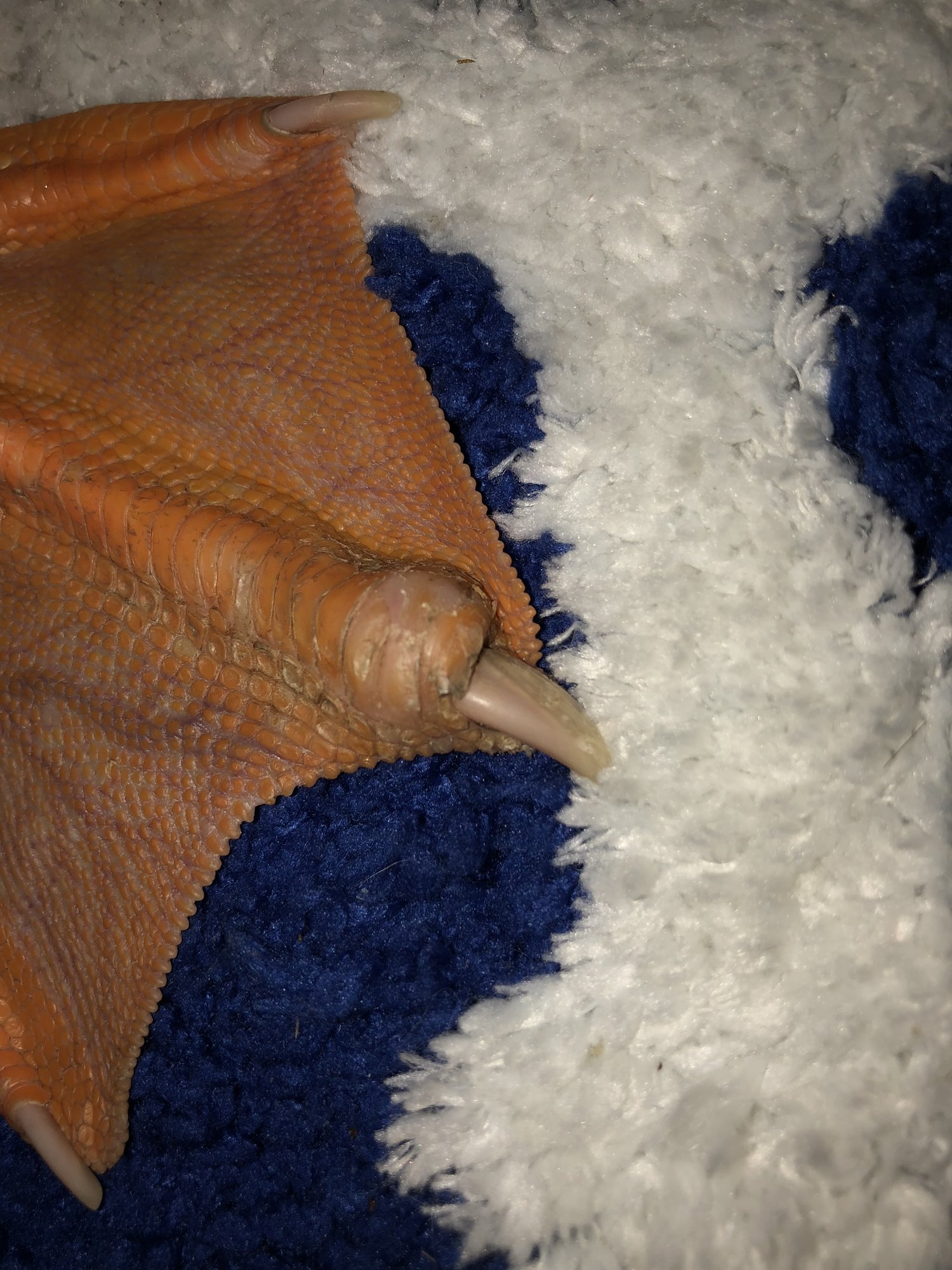 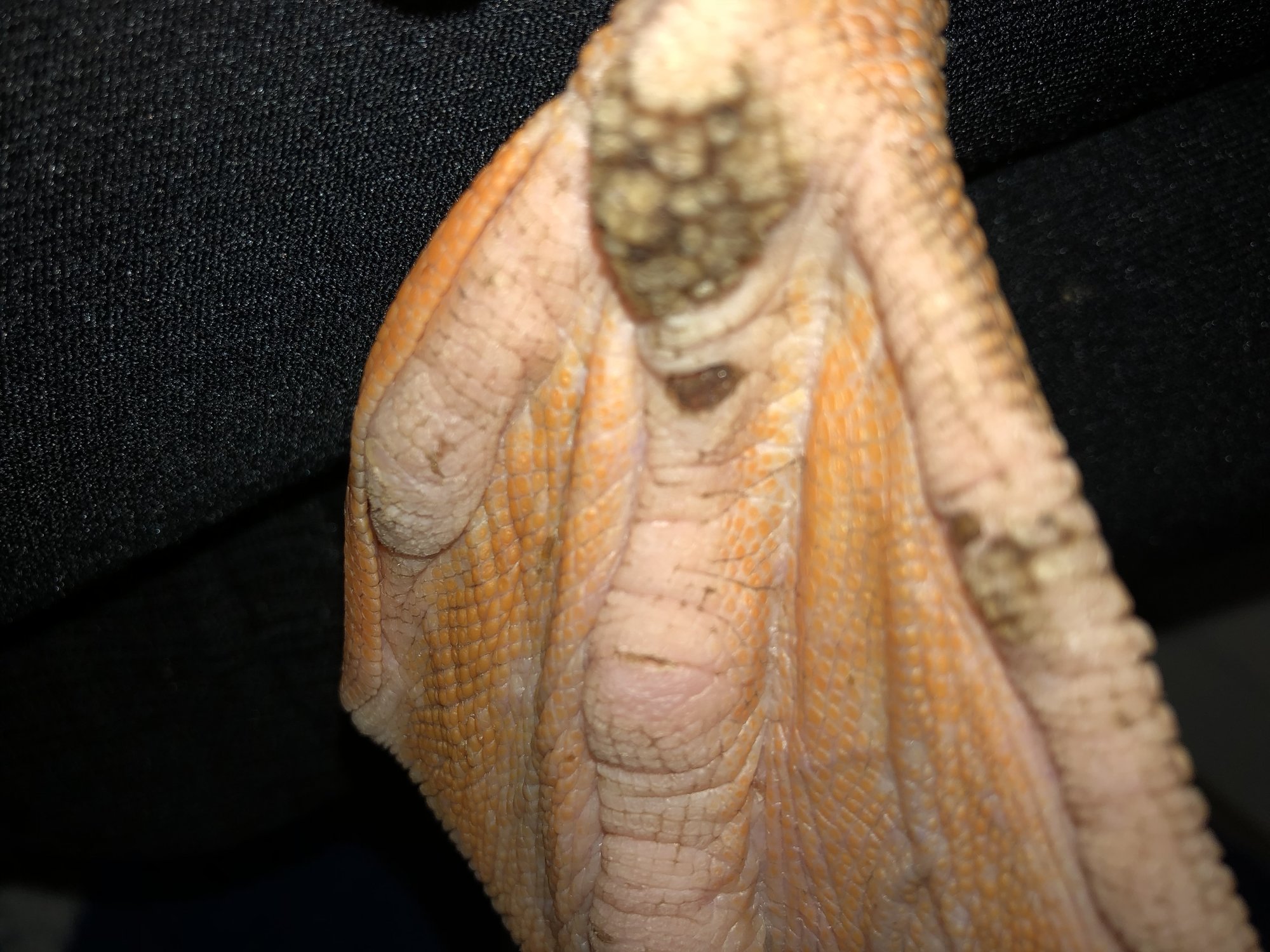 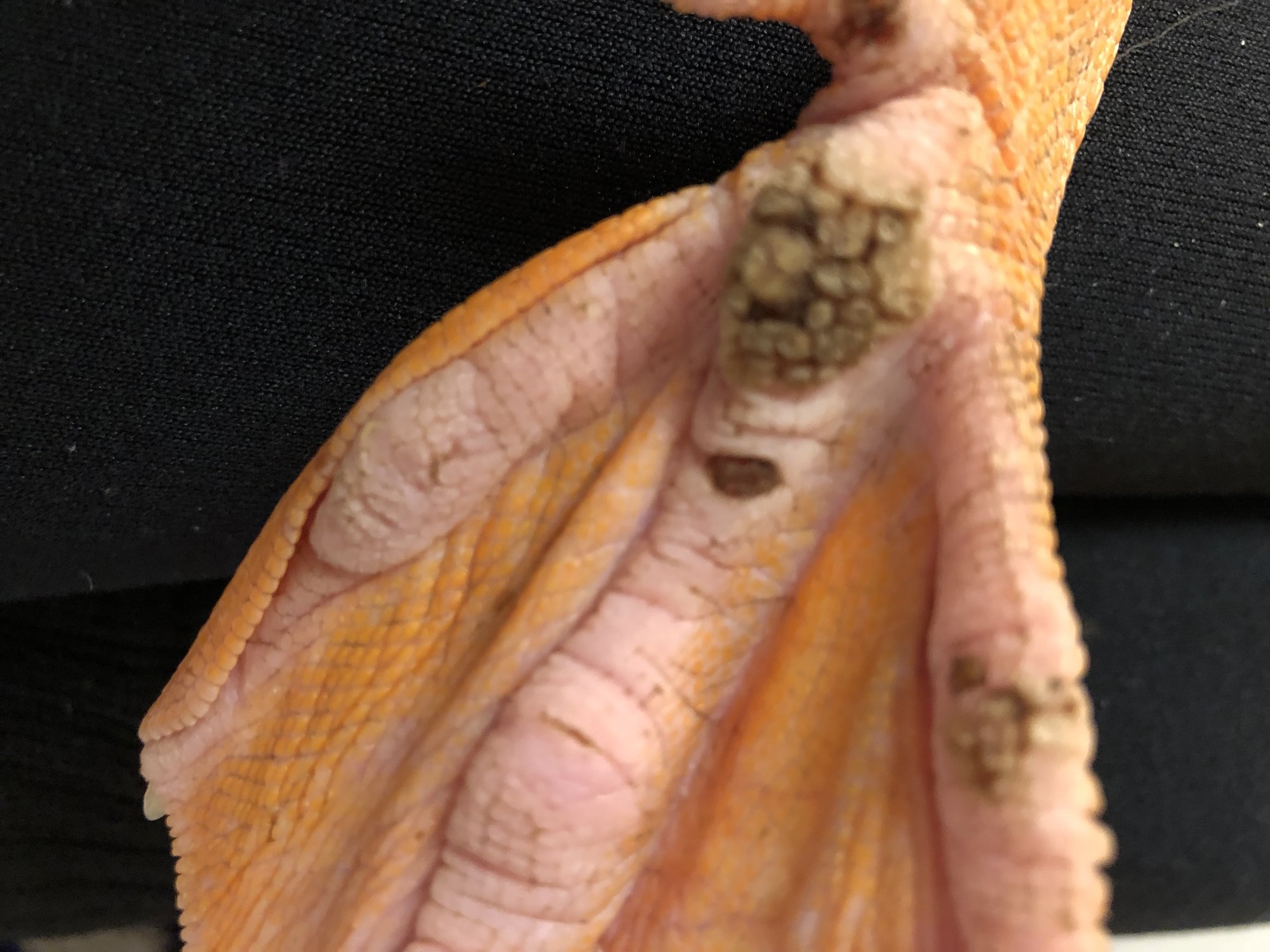 Looks like a bumble to me. I'll tag a couple more for help
@BantyChooks @DwayneNLiz

Ok... I'll take a stab at it, no pun intended. If anyone else disagrees with me, go with what they say, because I have dealt with exactly one case in a duck. 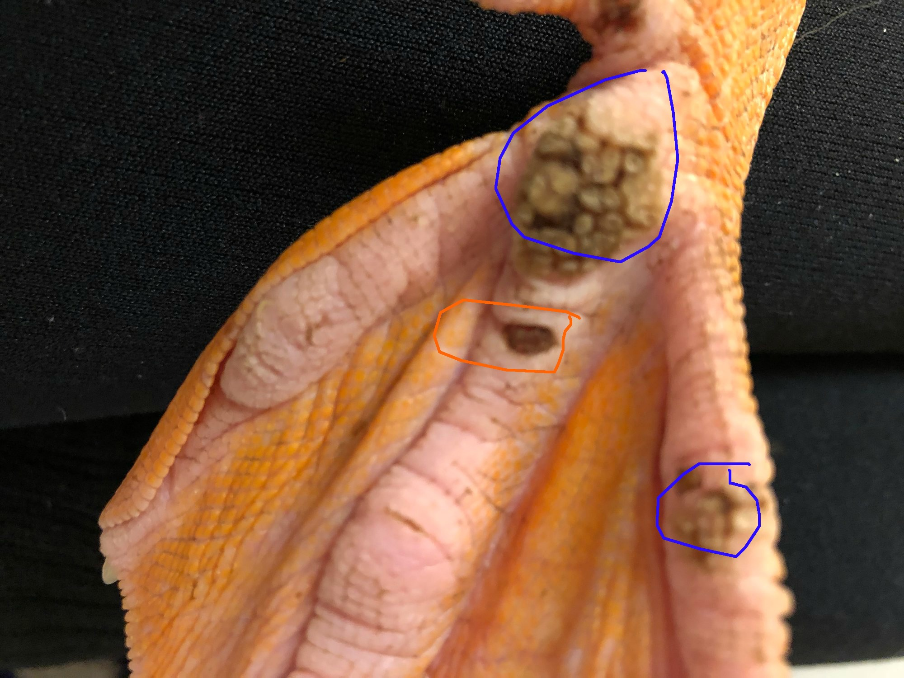 Orange circle does look rather pluggy. I would soak it and kind of try and wedge it out.
Blue circles look like overgrown/scabby scales on the foot... does that make sense? I don't think it's really considered a bumble/is anything you can cut or squeeze out. I have that on a drake of mine. I don't know if there's anything you could/should do about it.

It does look pretty developed though. Maybe soak it for a good long time and try to peel the overgrown bits?

I don't know about the toe. I'd leave it unless it starts to look more bumble-ish or infected.

Thanks Banty! The orange circle is kind of a surface cut. She wouldn’t stay still and she has been playing in the mud since it rained.(Her favorite thing to do.) So I know I didn’t get the greatest picture. I wouldn’t be worried about it either if she wasn’t steadily limping more and more. I’ll try again tonight and see if I can get a better shot.
Last edited: Mar 20, 2018

I don't really see bumble like Banty looks like over grown scabby scales. I'd do some soaks in the warm Epsom salt maybe spread some coconut oil on after and see if that softens them up so you can pick them off. All done before bed at night so she isn't out walking around in mud etc after.

Miss Lydia said:
I don't really see bumble like Banty looks like over grown scabby scales. I'd do some soaks in the warm Epsom salt maybe spread some coconut oil on after and see if that softens them up so you can pick them off. All done before bed at night so she isn't out walking around in mud etc after.
Click to expand...

I would start doing Epsom salt soaks and maybe even start putting some clear iodine on there while it's soft from soaking to try and prevent it from getting infected.
That's the worst thing about Pekins is they seem to be so prone to bumble foot.
A bit of clear iodine on that toe wouldn't hurt either.

It's hard to tell from that picture but it does kind of look black under the scale y part. Maybe after a soak you could better tell what is going on there.

The orange circle looks like a small bumble. The toe looks like the toenail had been pulled, and slightly broken down deep. Soaking in epsom salts should help both. I'd apply neosporin WITHOUT PAIN RELEIF around the toe area. Keep an eye on the orange circle area. It may need to be removed, if the soaking doesn't help. It's easier to do it while it's small like that. The other areas don't exactly look like bumbles to me. Soak the feet a couple times a day for a few days, then re-evaluate.

Limping duck with white on ankle and bumble foot

VERY swollen foot. Does this look like a broken toe?
2