I bought these chicks in July from a woman in Carnation, WA who is starting a rare breed chicken farm. They are supposed to be Sicilian buttercups. While they certainly have the active, somewhat flighty personalities Buttercups are noted for, they have been getting darker, not lighter!

Now, at the age of three months, they are a gorgeous irridescent black with bay centers to their feathers. All five were supposed to be pullets, but, as you can see in the photos, one of the girls is looking--and crowing--suspiciously like a roo.

So, what's the consensus? Are they just going through the equivalent of their awkward teen years, or do I have something other than Buttercups?

Thank you for your help, and I am happy to be submitting my very first post to this excellent site.

I don't know, but do you have falcons? or what's that in your avatar?

My book says the hens should be a golden buff with black spangles and the cocks should be shades of reddish orange to bay. Huuummm, makes me wonder, sorry. They are pretty though.

Those are NOT buttercups. The roosters are a a deep red with a double comb and the hens resemble an egyptian faymoui with a small double comb. They are a golden and black color.The rooster comb gets larger and resembles a cup.They are very regal looking and gentle. I will try and post pics tomorrow.

Yours look like Gold Laced Wyandottes to me. The legs are the wrong color and I don't see any cup combs there..

feathersite.com go to B... click buttercup... they get their name from their comb. it shapes a cup and butter. is due to their color i assume since their a Buff with black specks... Sicilian buttercups are silver.. i believe. like a silver duckwing in OEGBs? im not sure.. i get the buttercup colors confused. yours look more like what i THINK wyandottes look like?

Definitely not Buttercups, I have a pair, was suppose to be two pullets but we all know how that goes sometimes.

I volunteer in wildlife rehabilitation and I have an especial fondness for the big birds--raptors, owls, herons, corvids, gulls...

That's me releasing a Barn Owl that was brought in with a broken wing. She healed up beautifully in just three weeks, and was able to be set free back at her home territory in Ferndale, WA.

Interestingly enough, poultry and raptors share many similar personality and behavioral traits--except I do not wear welding gloves or avoid eye contact when working with my chickens...

Anyway, I am fairly new to chickens. Last year I tried my hands at backyard poultry for the first time with some Ameraucanas. What a blast! Lots of pretty eggs until December, and then it was time to consign them to the big chicken coop in the sky. This spring I didn't get to the feed store until mid-April and by then all they had left were some older Cornish-Rock crosses. Six weeks of whirlwind feeding, watering and cleaning, then--presto!--instant freezer full of 5lb.-ers. Kind of scary, actually. Don't think I'll get them again, even though the birds were mellow and easy to work with.

By then I realized I really liked having chickens around, and I started researching the various breeds. I decided I wanted to try my hand raising one of the rarer varieties, and the Sicilians appealed to me. Found an ad on Craigslist Seattle offering the chicks for sale. Went to pick them up right after the Fourth of July, and you see the results above.

And no, these guys aren't intended for the chopping block. Early on I named them--Savannah, Kessie, Perry, Cinder and Bib, who turned out to be a roo. They are very active birds, somewhat friendly but with a definite dislike of being touched or picked up. Fascinating to watch--I lose track of time when I am with them.. Of course, the same happens with the raptors I am fortunate enough to interact with! 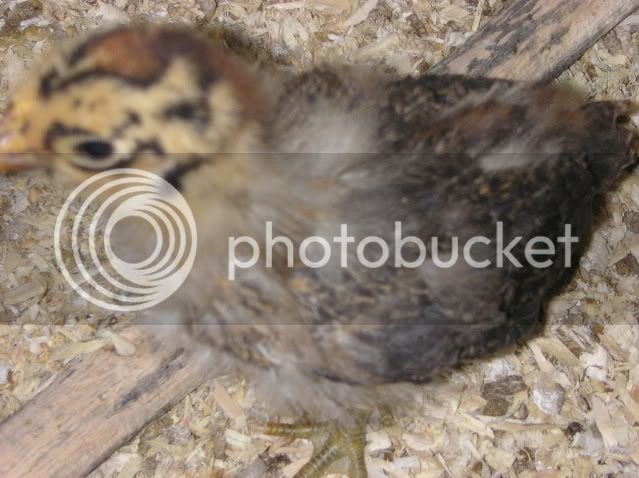 Buttercup pullet chick at 28 days of age (in the front) 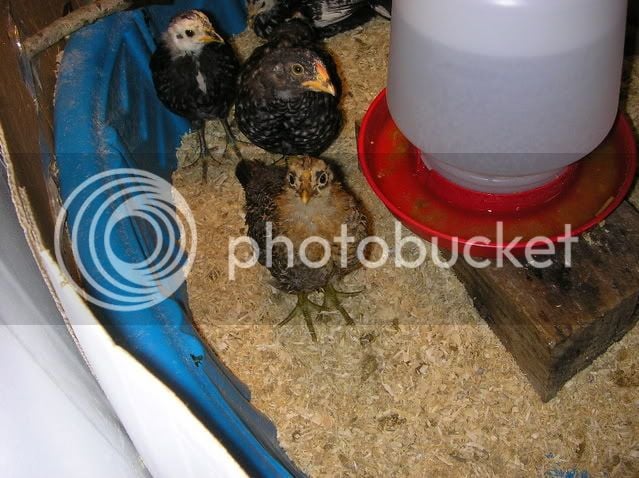 Buttercup pullet chick at 1 month of age (on the left) 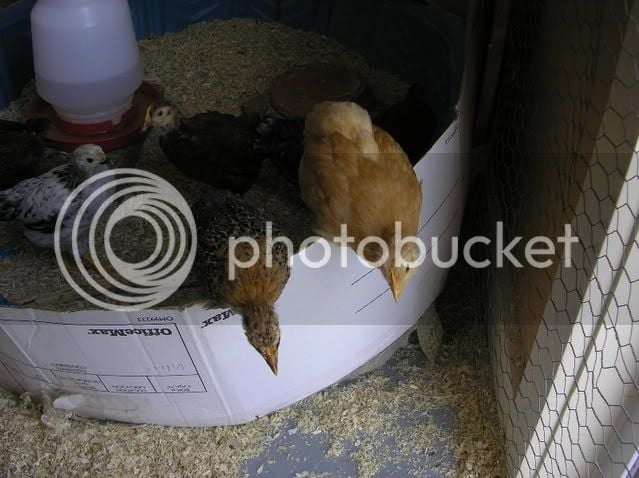 Buttercup pullet chick at 6 weeks of age (on the left) 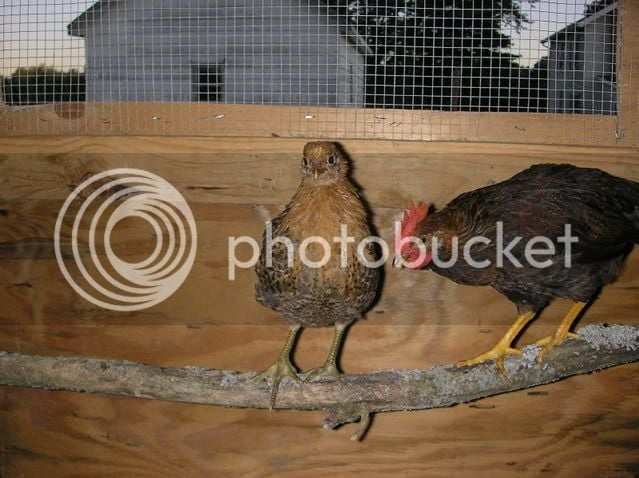 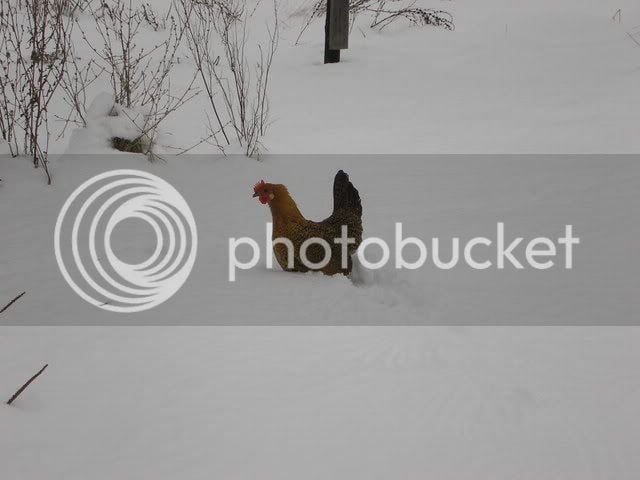 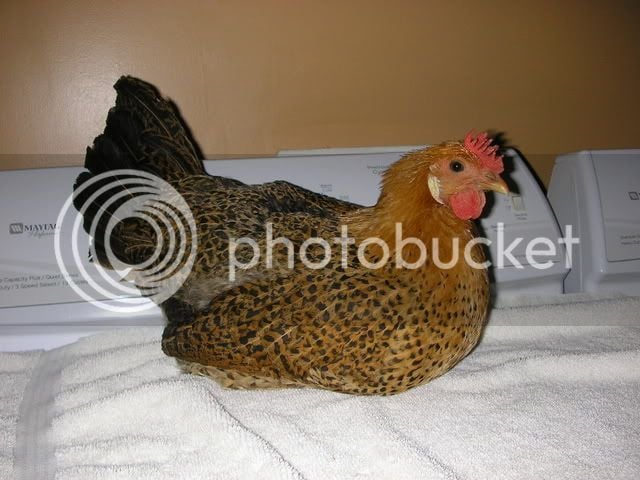 Lest you all think I do not know what a Buttercup is supposed to look like, here is what I was expecting: