Two chicks were hatched by my broody 2 days ago. The first chick hatched without a beak and is smaller than the second chick that hatched. The second chick is normal.
I made a gruel of chick starter feed mixed with lukewarm water and she has been lapping it up like a dog with her tongue, although she doesnt "eat" often.

You can see in the first two photos the wet feed stuck to her fluff around her mouth. She acts and 'cheeps' normally. I'm hopeful she survives but the odds arnt in her favor.
I'm hoping the broody hen hatches at least one other chick to keep the healthy chick company if the beak-less chick dies. Otherwise I'll have to buy a couple of chicks at a feed store. 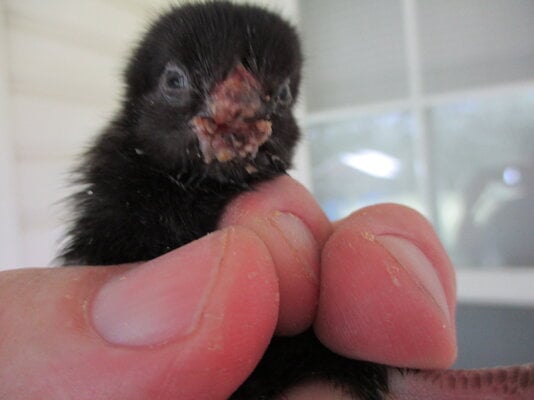 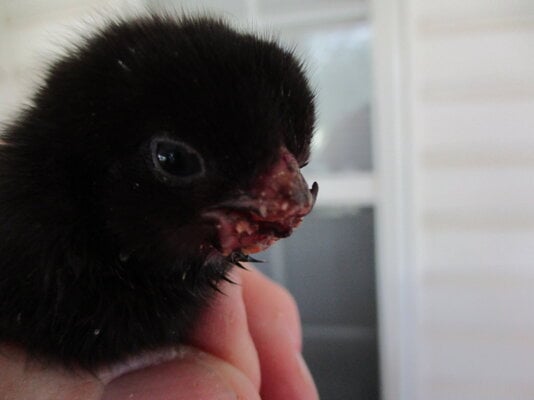 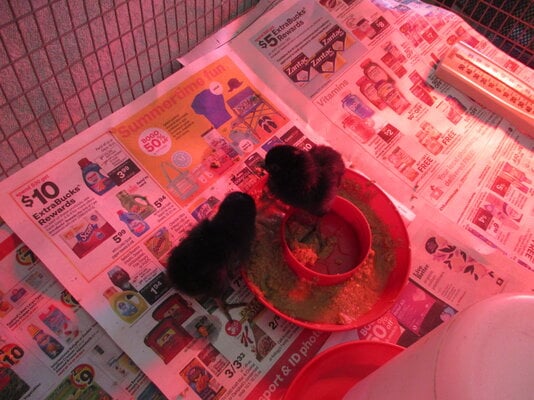 wow, how did she manage to pip and zip? that’s amazing and very sad...

Sad. If your not planning on having a special needs chick... I just don't think it can get enough food like that. It will take him/her considerably longer to eat than the other chicks, but if eats enough is what matters. I didn't think about that, how did it manage to pip? Wow. Best wishes to it.

Wow - props to that chick for even making it out of the egg without a beak! I really hope she survives - she's obviously a fighter.

Ha ha yeah actually if it was able to get out of the egg, everything else is probably a breeze to it.

I've had chickens peck out the eyes and eardrums of baby chicks, and I've culled them. Are you sure your hen didn't do this? Is the other normal chick the same color? (never mind on the color I see the picture of the 2 now.

I have a hen the other day she litterly cracked open two eggs and killed the chicks in them. She was fighting with the hen sitting on them.

yakitori said:
wow, how did she manage to pip and zip? that’s amazing and very sad...
Click to expand...

I have no clue. I went out the next morning to check on the broody when I heard the little chick cheeping next to the mama. I thought I was seeing things when I picked the chick up to examine her. What a surprise!

BirdsBeesTrees said:
I've had chickens peck out the eyes and eardrums of baby chicks, and I've culled them. Are you sure your hen didn't do this? Is the other normal chick the same color? (never mind on the color I see the picture of the 2 now.

No, I dont believe the broody harmed the chick at all. If that were the case and I caught her, I'd cull her.
Both chicks are Heritage Barred Rocks and it's not genetic. Myself and the breeder who gave me the eggs suspect it's a humidity problem. It's been raining every day for the last month and tropical storm Elsa just passed through. There are 5 Black Copper Marans eggs left and none of them have pipped. I'm going to discard them Monday.

Hi @dawg53
I was reading your thread from July and was wondering what ended up happening?

Why are my chicks hatched with deformities?
2