My co-worker saw this chicken wandering around the car wash parking lot in town yesterday morning. 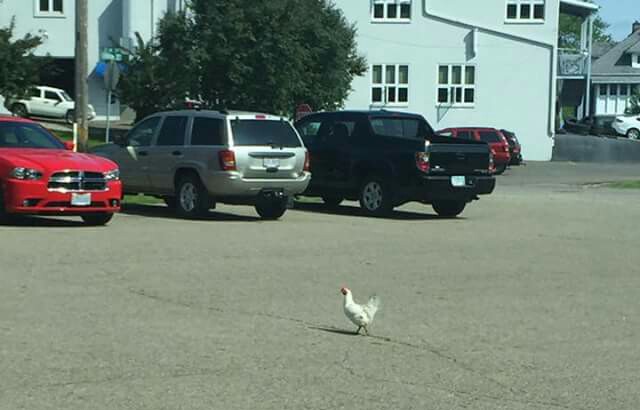 The next morning it was still there, so she called me. My husband and I went to try to catch it. The mayor (because in a small town, you know everyone) said whoever could catch it, could keep it. (I guess it had been causing some trouble with traffic...) 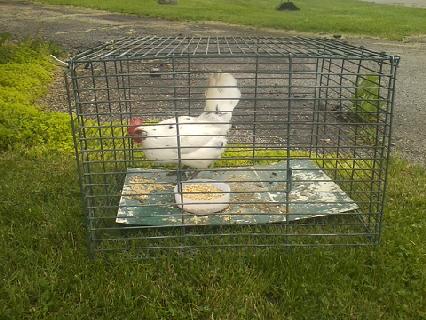 We did the "food in a cage" trap and managed to catch her and brought her home. She's in quarantine right now until she gets used to us and I can give her a bath and make sure she doesn't have anything contagious to my other birds. 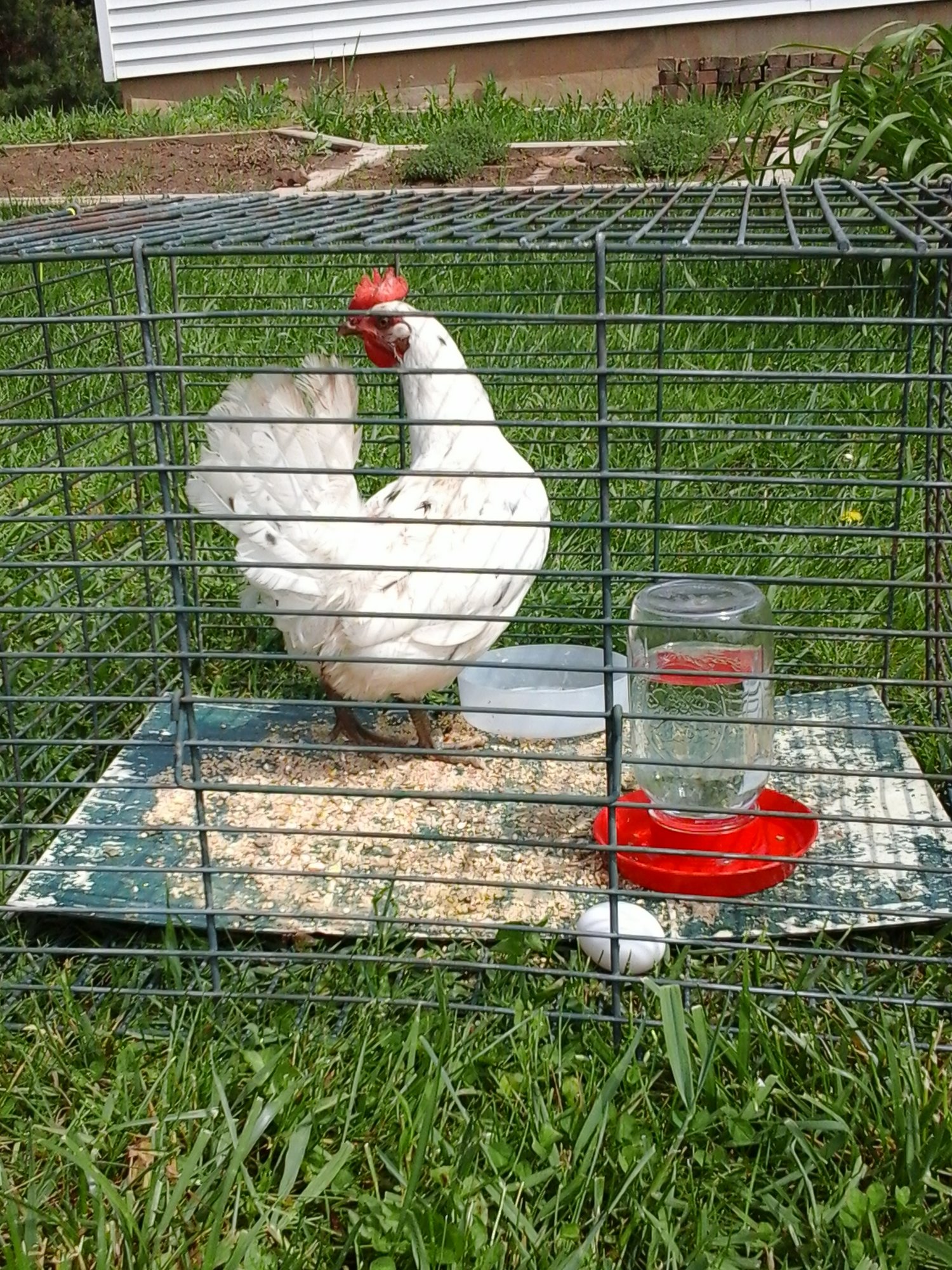 We only had her at home about 10 minutes before she laid an egg, so obviously a hen and obviously old enough to lay, but I don't know anything else about her. I believe she's a White Leghorn. She's a little dirty, but otherwise seems in good shape. Small bald patch on rump above tail from either rubbing on something, or getting pecked at, but no clipped beak and toe nails are neat so I don't think she escaped from a battery cage truck (sometimes chicken trucks go through town...) 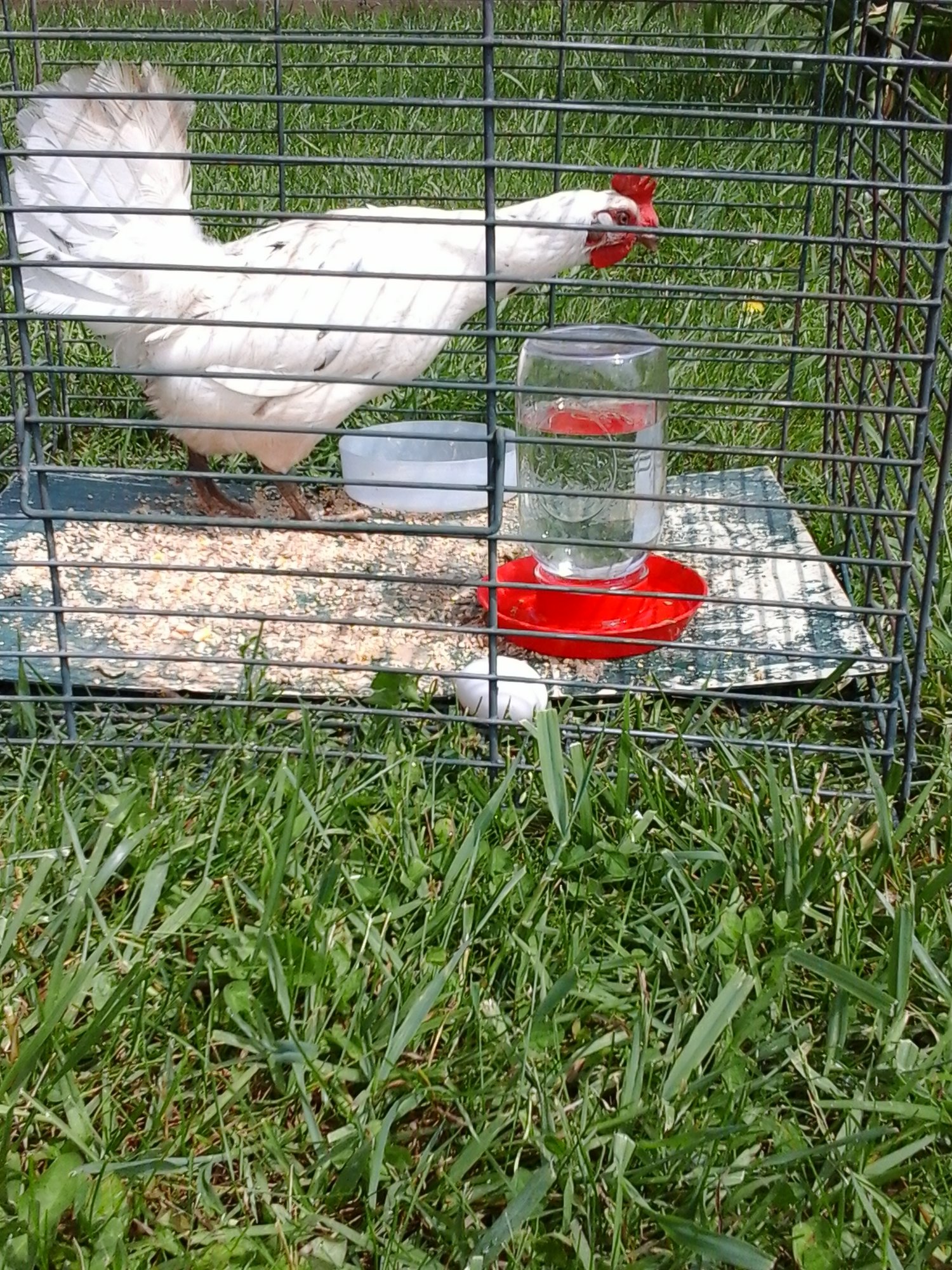 So cute! I love the story!
By the way, good job rescuing her!

x2 i forgot to mention that!!

More info on the rescue hen.
Gave her a bath, which she was quite calm for, almost limp in my hand. I was surprised as this is a bird we have barely handled! She had some icky stuff stuck to her bum feathers that we had to cut off. She still looks a little dirty, but it didn't come off and some of it is just colored feathers. 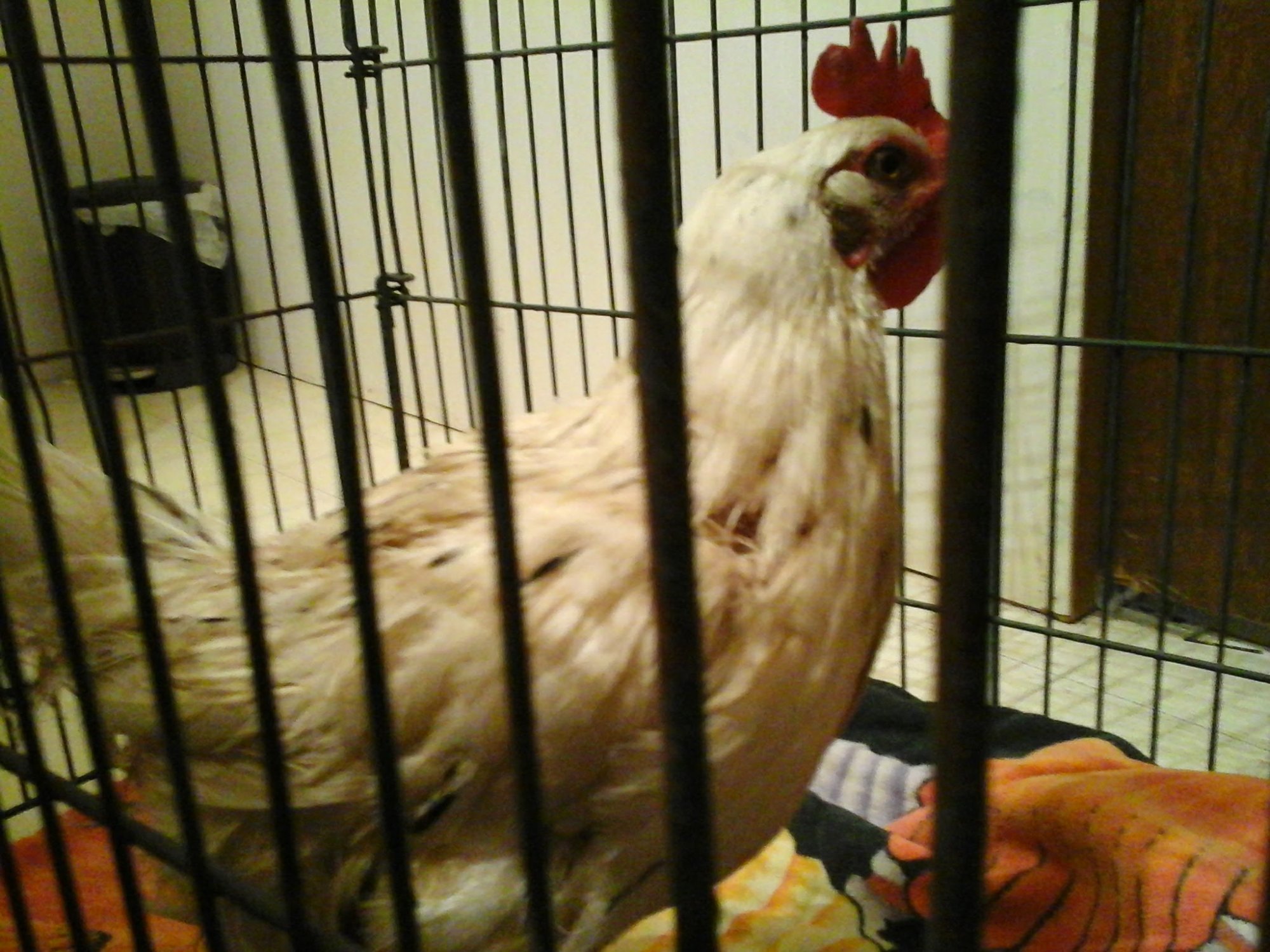 I blow dried her a little, then set her up in a nice toasty bathroom near the space heater, so she could groom herself to her own specifications. 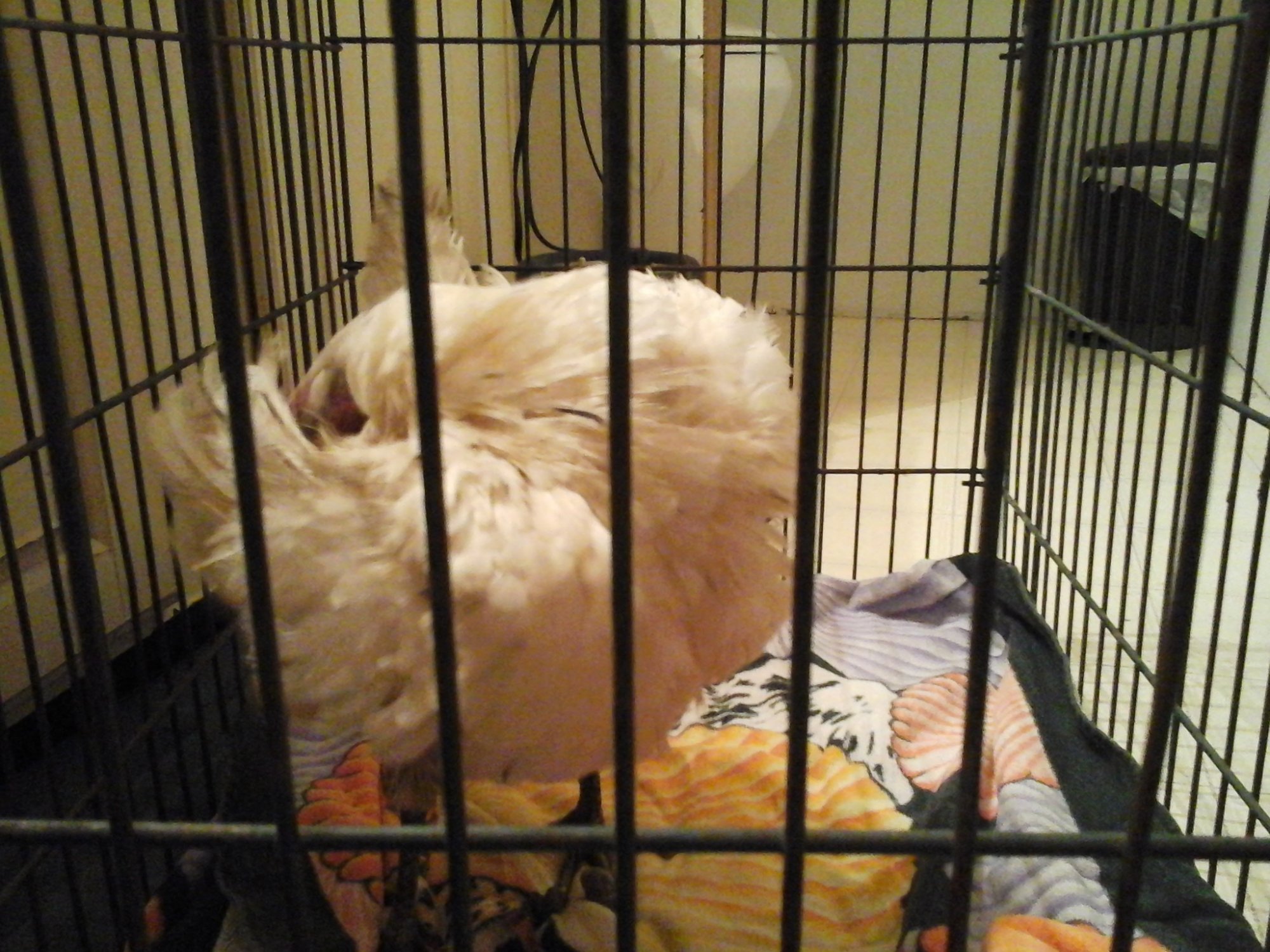 There are a number of broken feathers, so I'm not sure if that's just from running wild at the car wash or what.
It does look like she was pecked on her back some, so I put some antibiotic ointment on it. 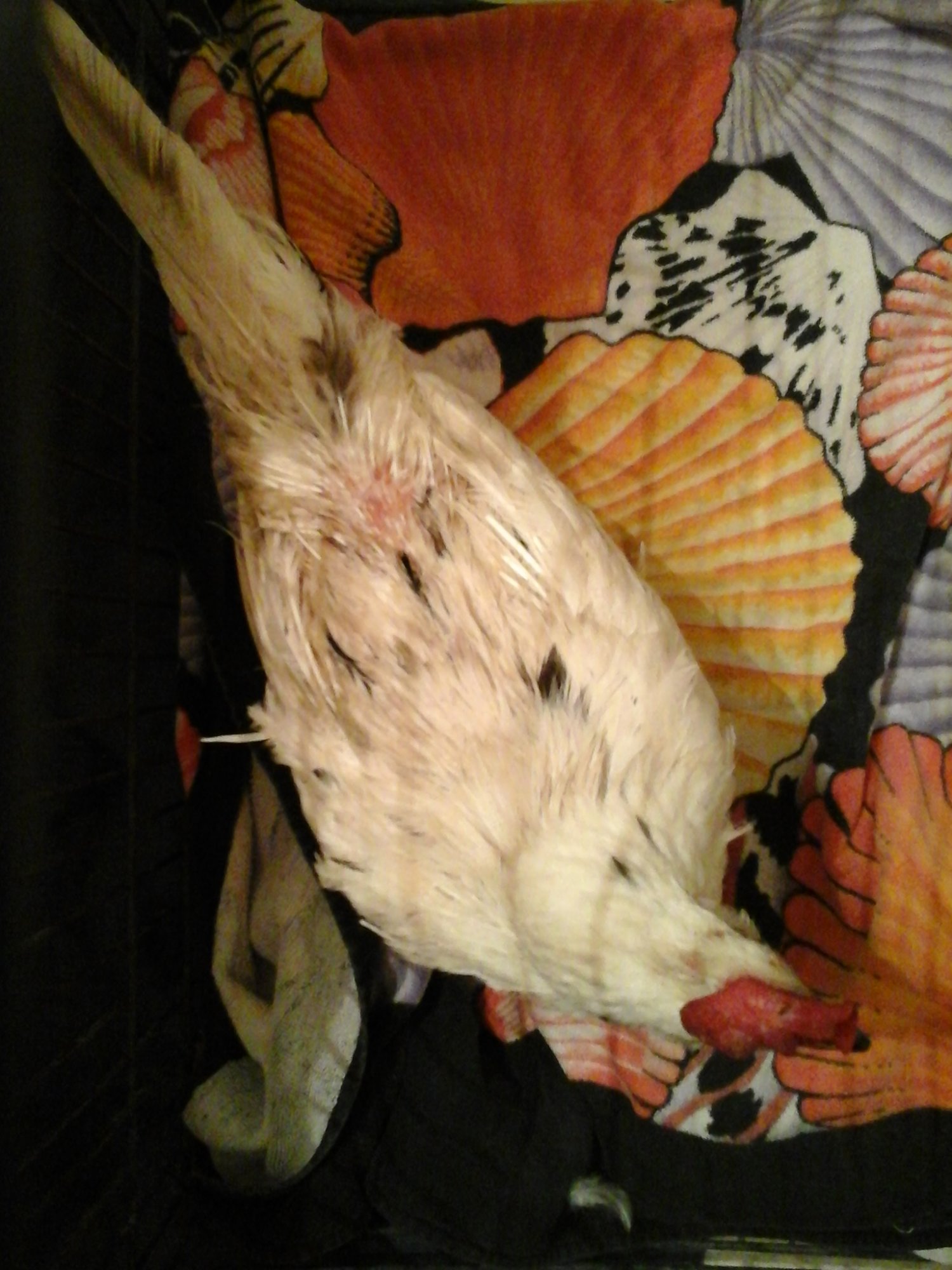 Awesome! She looks great! Your on the right page handling her!

I think she was on a tour to see Campbells Soup Co. those caged birds get lots of broken feathers.. their beaks are not always clipped..

Way to go. This is one lucky girl.

I adopted one hen after a flood. Tell me your chicken survivor stories with happy endings!
2

G
Stories of chicken running away?